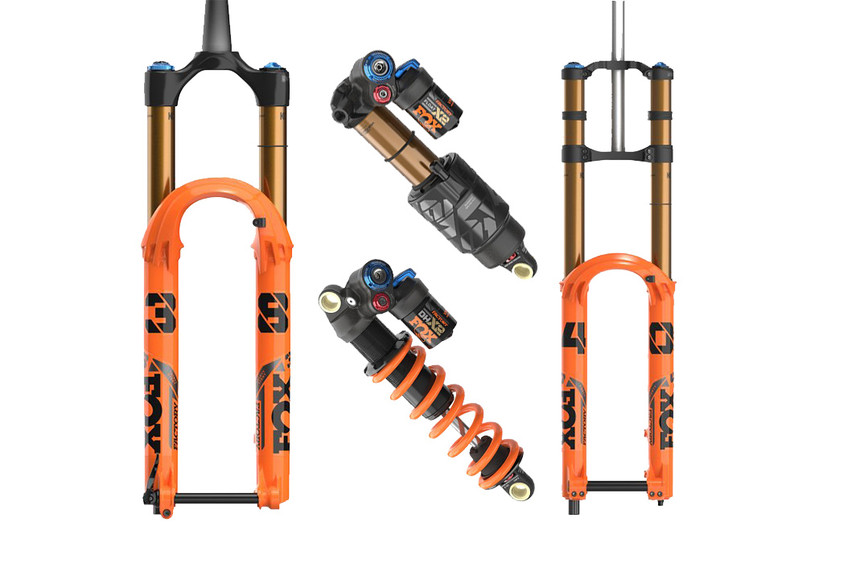 For anyone who has been following the EWS and pro downhill circuit, you’ve probably seen or heard the buzz around Fox’s brand-new suspension bits. After months of testing on the roughest tracks around the world, FOX released their new line of bike parts today, including a brand-new Float 38 fork, updated Float 36 and Float 40 forks, and two new Float X2 and DHX2 rear shocks.

We haven't been able to get out on any of the new parts yet, given the current state of the world, but keep an eye out for a full long-term TGR Tested review of these in the coming months. For now, here are the most important details from Fox. 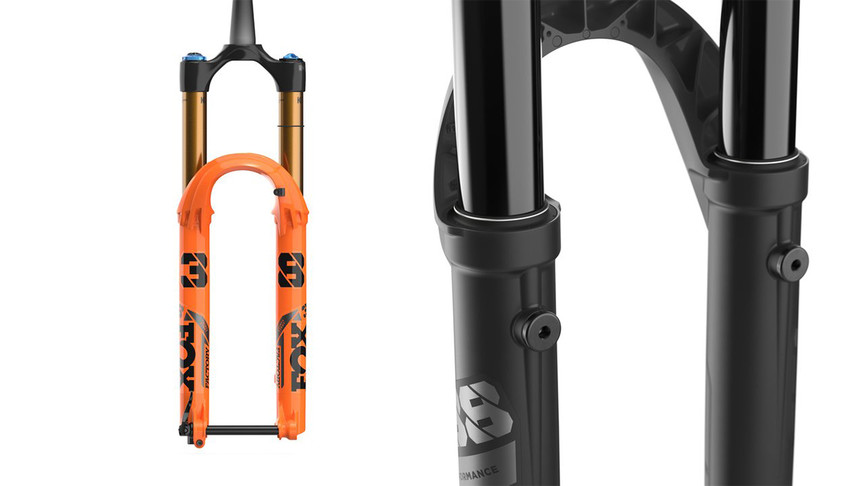 A further development of the legendary Float 36, the new 38 is a bigger, beefier, and more shred-ready single crown mountain bike fork. You guessed it, it features 38mm stanchions for extra stiffness and stability, but that’s not the only important feature. Inside, an updated GRIP2 damper option takes care of controlling the squish, while completely re-designed fork lowers and a new thru-axle add stiffness and better air volume management. Fox claims the fork is nearly 40 percent stiffer torsionally, which should make this feel like a dual-crown fork on the trail.

The back of each fork leg features air bleed buttons to let out air that builds up in the lowers. For anyone who rides rough tracks over and over, air buildup can cause your fork to start feeling harsh after only a few runs, and these bleed buttons offer a quick and easy way to reset your fork. This should keep the fork running buttery smooth all day long, every day.

The Float 38 is designed with enduro racing and bike park laps in mind, and comes in 160, 170, and 180mm travel increments for 27.5-inch and 29-inch wheels. The fork comes as either a 37, 44, and 51mm offset option, giving plenty of options for modern enduro bikes. The shiny Kashima coat shows up on the highest-end Factory line, and the all-black version returns in the lower-end Performance Elite, and Performance versions. An E-bike specific version is also available. 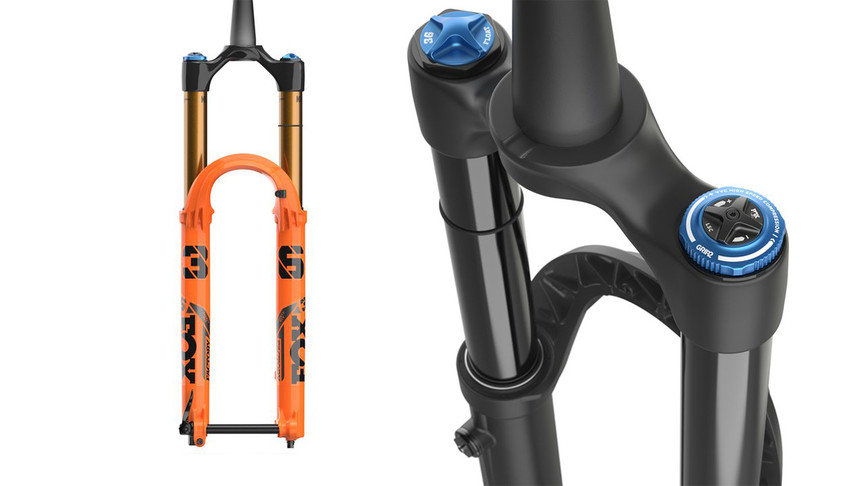 The tried-and true Float 36 got a full makeover as well, with stiffness and better small bump sensitivity in mind. Fox began by adding the same air bleed buttons on the re-designed lowers as the new 38, and offers four options on the damper side: new GRIP2, old GRIP2, FIT4, and the electronic Live Valve system.

With the 38 taking up the beefy end of the enduro spectrum, the new 36 only comes in 150mm and 160mm travel options, focusing on heavy-hitting trail bikes and lighter-weight enduro bikes. It is available for both 27.5-inch and 29-inch wheels with 37mm, 44mm, and 51mm offset options. 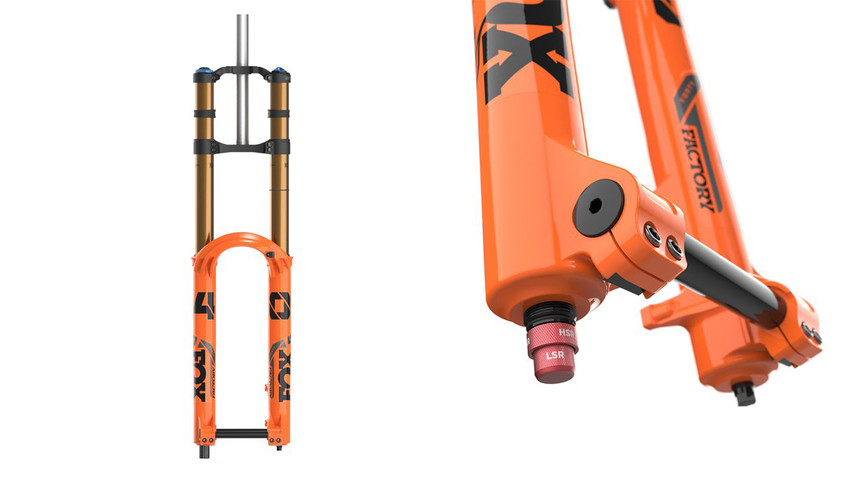 Of course, Fox has been a mainstay in downhill racing and freeriding for many years, so it’s no surprise the iconic Float 40 got a full makeover as well. Taking similar cues from the 36 and 38 forks, the dual-crown 40 features the updated GRIP2 damper, as well as new lowers and a new 20mm thru-axle design to increase stiffness and performance in gnarly terrain. 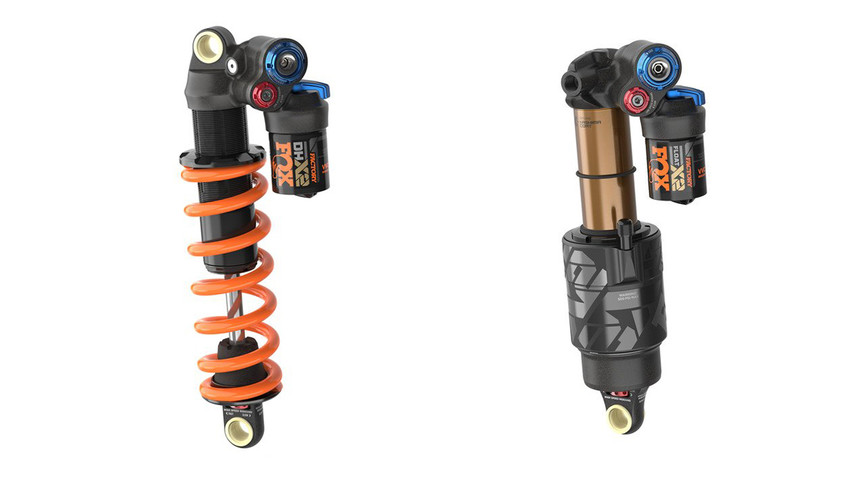 While forks are always flashy and cool, a rear shock is just as important on a bike, and Fox dropped two new shocks as well: the brand-new Float X2 and the coil-sprung DHX2 version. The old version of both of these DH and enduro shocks were already widely regarded as awesome, offering loads of adjustability for riders to fine-tune performance for conditions and different riding styles. That range of adjustability has increased in the new X2 shocks, with better control over rebound damping and bottom out.

Both shocks are offered in various sizes, including metric, trunnion, and older imperial sizing (anyone with a bike older than a few years can breathe a sigh of relief). Both the DHX2 and Float X2 are offered with a climb switch (think of this as a rear shock lockout) in enduro-bike friendly sizes.

Step aside Shimano and SRAM, there's a new player in the house. TRP photo. Gone are the days of only two players in the mountain bike drivetrain game, as TRP just released a brand-new 12-Speed MTB drivetrain developed with the help of Aaron Gwin and his mechanic John Hall. Last fall, TRP released a DH7 7-speed downhill-specific drivetrain that featured an innovative clutch system. The TR12 is a trail/enduro specific version of the same system. TRP is offering a shifter and derailleur as