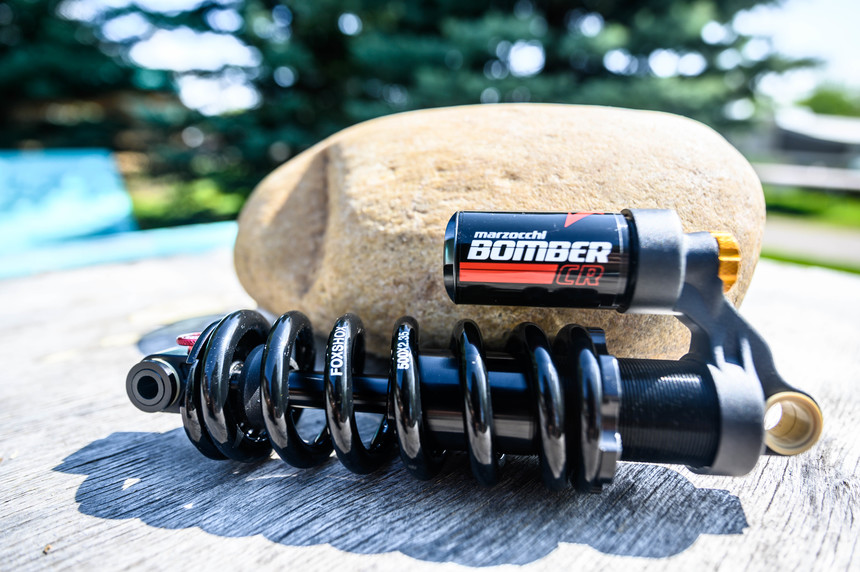 We’ve all been there. You already own a fully-capable mountain bike, one that’s gone along on all your two-wheeled adventures. The two of you have developed a relationship unlike any other. Except, that trusty steed is aging, and it might be time for a new horse to ride. But wait! That’s expensive. What about breathing new life into your trusty companion? There's many options on how to do that, but the most immediate might be very simple: think about re-vamping the suspension, with something like Marzocchi’s new Bomber CR shock.

All jokes aside, Marzocchi’s Bomber CR shock breaks the mold of typical suspension upgrades: not only does it work pretty damn well, it’s cheap. At $299, it costs less than many cassettes these days. Based on the tried-and-true Fox Van shock – a staple on DH and park bikes that see daily abuse – the Bomber CR is a sturdy and simple design that has proven last.

After receiving a Bomber CR, we mounted the black beast to both a 2018 Canyon Strive CF test bike and an older aluminum Intense Tracer frame, which is where it truly shone. Both had previously been running various shocks like a Fox DHX2 or a RockShox Monarch Plus, so we were familiar with how these specific frames felt with both air and coil sprung suspension.

At first, we were a bit turned off by the weight of the Bomber CR. It’s certainly not a light shock. But for the shock’s intended purpose – riding bike park laps and technical trails in steep and rocky terrain like Teton Pass – the added weight seemed like a moot point. We set up the compression and rebound damping to our liking (the only two adjustments on the shock) and started ripping trails.

The most noticeable thing about the shock was how invisible it felt on the bike. It simply works, offering ground-hugging traction and plenty of smooth travel throughout its stroke – just like any good coil shock should. For trails like those found around the Tetons, with relentless rocky tech and some big hit features scattered throughout, this shock does a flawless job gobbling up the mank on the trail and keeping the bike glued to the ground.

Our only gripe is the lack of a pedal platform like that found on more expensive shocks like the Fox DHX2 or the Cane Creek DBcoil CS. While the added traction of an active rear-end is nice in some situations, we noticed lots of bob when pedaling. Unfortunately, we hate to say it, but those switches are necessary evils for getting the most out of a coil shock on today's trail bikes. But, mount it to a DH bike, and there's no need for that switch.

One thing to note: coil shocks will not work with every bike out there. Do some research to see how your specific frame and suspension design will perform with a coil shock. The magic words: progressive linkage. A suspension design that ramps up near the end of its travel is necessary for a coil shock, or you’ll be bottoming out and cracking your frame before you know it.

So, this shock is best suited for two kinds of riders. It’s a quick and easy way breathe some new life into an older bike at a low cost and is an awesome option for someone looking to see what the coil craze is all about. It does not offer the adjustability of something like the DHX2 and is too heavy for some trail bikes in our opinion, but for the money, the ground-hugging performance absolutely cannot be beat. 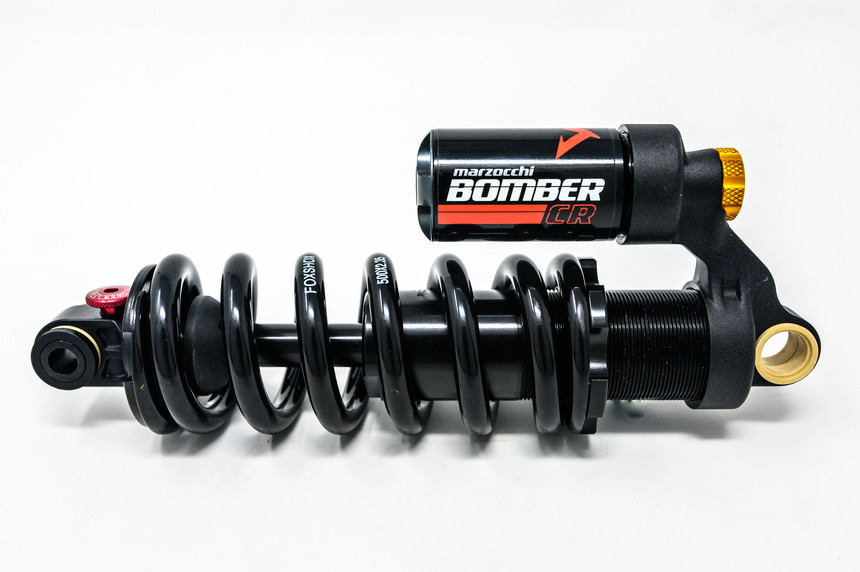 The shock is simple, offering just low-speed compression and rebound adjustment - a great option for those of you who want to go out and ride without worrying about setup. Max Ritter photo.

Final Verdict: If you’re looking to upgrade the shock on your current bike, are coil-curious, or just want a shock to swap to for bike park riding, grab a Marzocchi Bomber CR, it’s the best $300 you can spend on your bike right now.

Available in the following sizes: