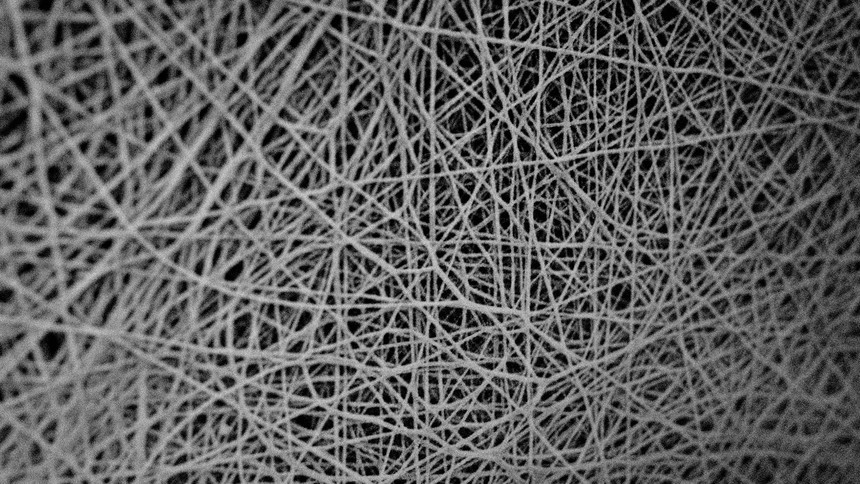 A really, really close look at the Futurelight™ membrane. The North Face photo.

There’s a lot of buzz around The North Face’s new Futurelight™ fabric, alleged to be far more breathable than other comparably-waterproof fabrics. The question is, what makes Futurelight™ so different from other waterproof fabrics, as TNF has been claiming? It all has to do with membranes, as it turns out.

Many of TGR’s athletes spent last season in Futurelight™ kits, including Angel and Johnny Collinson, Christina Lustenberger, Elyse Saugstad, Griffin Post, Hadley Hammer, Ian McIntosh, Mark Carter, Nick McNutt, and Sage Cattabriga-Alosa. Angel spoke highly of the fabric’s breathability, saying that The North Face “has really tuned in the breathability depending on the conditions in which we’re using the gear.” And how have the athletes been liking their new outerwear? “Basically, we’ve all been loving it,” she said.

The North Face uses “nano-spinning” process, in which microscopic polyurethane fibers are drawn through over 200,000 nozzles, to create a waterproof membrane which allows far more airflow than many competitors. The membrane is attached to the face material and backing through a customized lamination process which again enhances breathability, as well as durability. Our athletes found that Futurelight™ offered unprecedented breathability, while keeping them better protected from the elements than ever before. 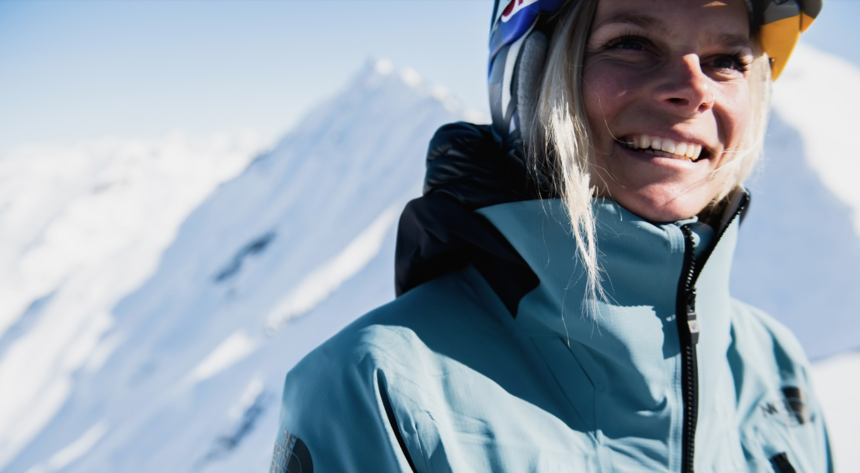 Angel having a good time in, you guessed it, her Futurelight™ jacket. Nic Alegre photo.

Futurelight™ isn't just for the pros, though. The North Face is currently offering three ski- and snowboard-specific kits featuring the new technology: 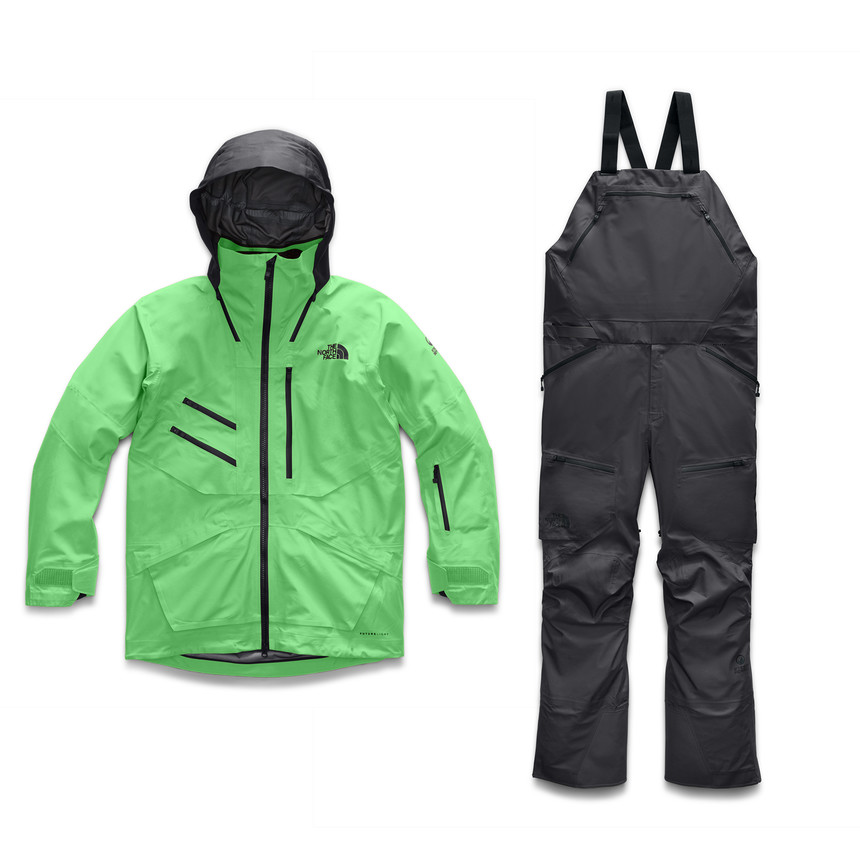 You might recognize this Brigandine Jacket from Nick McNutt's segment in Winterland. TNF photo.

The Brigandine Kit is a jack-of-all trades: Light enough to wear on backcountry missions, but offering the features we've come to expect from inbounds-specific outer layers. 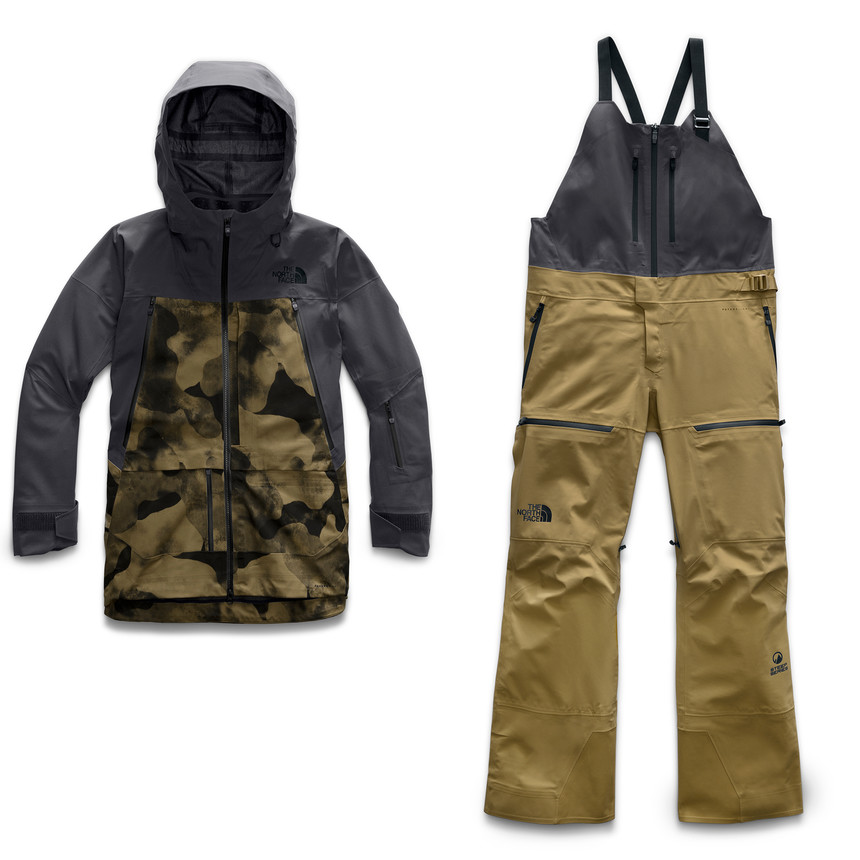 Camo is so hot right now, as seen on this ACAD Jacket. TNF photo.

The ACAD Kit is less focused on uphill missions, and more focused on keeping you warm and dry during the longest inbounds days. Sizable pockets ensure you'll be able to bring along snacks galore, and durable construction will keep you comfortable on the windiest chairlift. 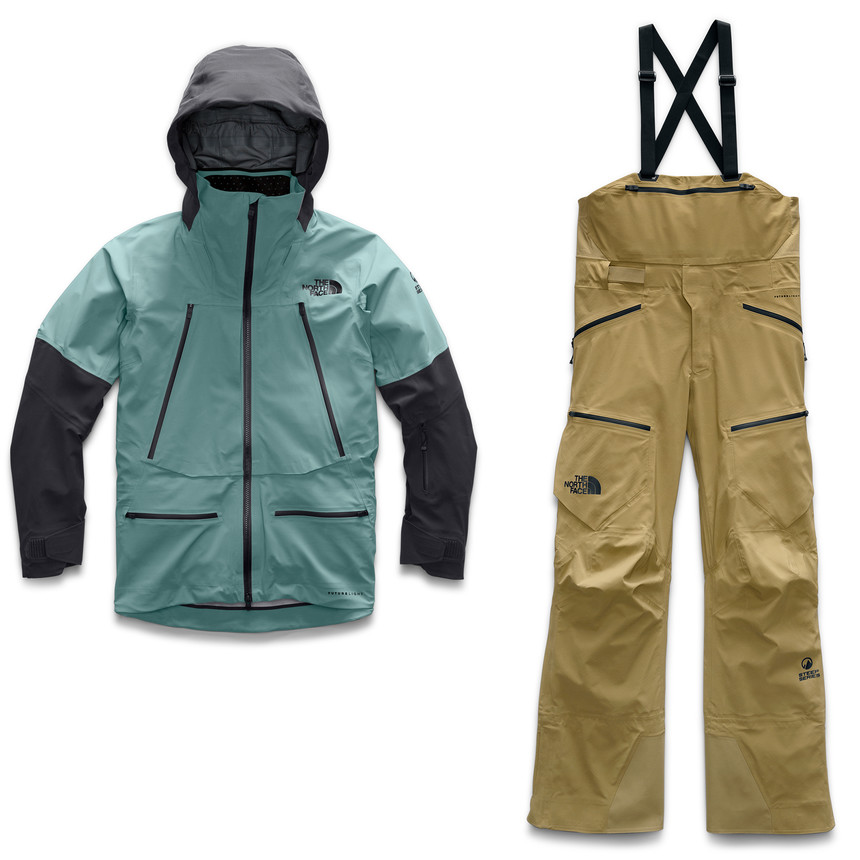 This Purist Jacket is a nice shade of blue. TNF photo.

The Purist Kit is intended for those who value lightweight gear, but don't want to sacrifice functionality. The jacket weighs in at a mere 700 grams, but still has plenty of uphill-specific features to keep you happy on the skin track or bootpack.

It’s a good day if you’re in the market for a new mountain bike. Transition, Yeti, and Commencal all released fresh new bikes yesterday (on top of the Specializeds, Cannondales and more Commencals that just recently came out). In what’s becoming a bit of a trend in the mountain bike world, both Transition and Yeti released short-travel trail snipers – what some may go so far as to call cross-country bikes – a new direction for brands known for their bikes that perform best when pointed