Editor's Note: This is a work of satire, obviously. 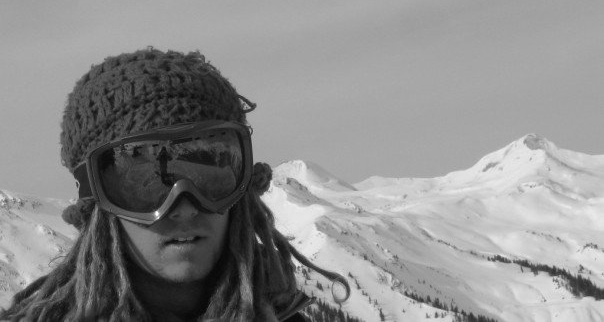 Life in San Francisco was tough. At 26, I’d already earned an MBA, built a successful career, given a TED talk—even bought a house. And despite having a head full of dreadlocks, I’d even found investors to fund my startup.

I had tons of friends from Stanford business school still around, and my social network was THE SHIT. I hit up every music festival, microdosed all the best drugs, went to all the headiest farmer’s markets—I had it all.

But something was missing. Every time I looked at my financial statements, the thrill of seeing my bank account fill up somehow left me feeling empty. Despite the good looks, career success and white privilege, I knew something had to change, so I went on a pilgrimage deep into the Amazon to consult an elder shaman—and get fucked up on Ayahuasca.

After vomiting all over myself in the jungle for 2 ½ hours, I had a spiritual epiphany. I simply wasn’t happy with my life as a tech hustler and rasta playboy in SF. The unpleasant truth was staring me in the face (as well as an angry, puke-covered shaman).

So, I decided to give it all up—except my $80k/month trust fund—and ski the world.

The transition wasn’t easy. I had to pay someone to book first-class plane tickets (chasing storms internationally and sleeping in a different Four Seasons every couple of days is really rough on the body).

Everywhere I went, the poverty of ski bums was alarming! I could see the hunger in their eyes, and I wanted to do my part, so I’d occasionally visit staff housing with pizza and booze. They were living in squalor, surrounded by roaches (both kinds), ramen and depleted packs of cheap, low-class beer. Sometimes, I’d leave a few 12-packs of something nicer in the middle of their living area and watch them swarm and fight each other for the free windfall. They were like animals.

It was eye opening to see that people lived that way.

My AmEx Centurion Card was wracking up some serious miles, so, out of the kindness of my heart—and to get demo pow skis—I would gift the free travel to needy ski bums I met in Aspen, Jackson Hole, Niseko and other top-tier destinations.

Standing in lift lines was also really hard. Sometimes I’d wait for tens of minutes to be whisked up thousands of feet—sweat-free—in some of the most beautiful locales in the world. It must’ve been what standing in the breadlines during the Great Depression felt like.

Syncing up my southern hemisphere skiing with Coachella, Burning Man, Glasto and all the other festies was also a huge challenge. My tech buddies would tag me on social media asking what had happened to me. But it was hard to explain how I’d changed in South America, and that I was now a different person.

So, instead of having the hard conversations over Facetime, I’d just fly and meet with them to party. Some of those conversations were really hard—so we’d just roll a spliff and call it good.

Standing in lift lines was also really hard. Sometimes I’d wait for tens of minutes to be whisked up thousands of feet—sweat-free—in some of the most beautiful locales in the world. It must’ve been what standing in the breadlines during the Great Depression felt like.

I gave up so much to travel the world and ski, but at the end of the day, it was all worth it. For everything I sacrificed, I gained priceless life experience (and my capital investments appreciated handsomely). Life is, after all, about making hard choices.

Yours in stoke (and privilege),
Chad Fuqface

Trading Bitcoin in the lines would help this bruh!

Dude…..this is obnoxious. Give me your trust fund

Standing in lift lines was also really hard. Sometimes I’d wait for tens of minutes to be whisked up thousands of feet—sweat-free—in some of the most beautiful locales in the world. free recharge, icai exam result

Standing in lift lines was also really hard. Sometimes I’d wait for tens of minutes to be whisked up thousands of feet—sweat-free—in some of the most beautiful locales in the world., Very nice, smartcric Thanks for sharing this valuable information Apple Cider Vinegar For Warts Plantar Genital Removal to our vision. Nice info I was really impressed by seeing this info in <b>Breaking News World Views Latestb>

How Can I Do Xfinity Login?
Xfinity is a subsidy of Comcast communication that provides multiple services. Xfinity has won a lot of names in the market by giving faster Internet service. Phone security is also rendered by the Xfinity. Xfinity has billions and millions of existing users all over the globe. If you also want to use Xfinity services then create an account on Xfinity. If you are the Xfinity user and you are facing issues in login into your account then read the How Can I Do xfinity login? blog as this blog will help you sign in into your Xfinity account. https://www.supportforhelp.net/blog/xfinity-login/ Great Article !!!
Projectdeal is a Most Popular Proofreading Services UK

Thanks for sharing this valuable information.Mobilecric Live Streaming

Get In Touch With our Yahoo Professionals but for that Contact Yahoo
If you want to talk with our Yahoo Professionals then contact Yahoo. Yahoo
professional can solve your technical or other Yahoo related problems
within no time. For contacting Yahoo do call or message at 1-855-792-0222. Our technicians solve the issue from the root so that you do not repeatedly face it. https://www.customersupport-phonenumber.com/contact-yahoo/

Very nice content thank you very much for writing such an interesting article on this topic. This has really made me think and I hope to read more.
famous novels in urdu
Urdu Novels