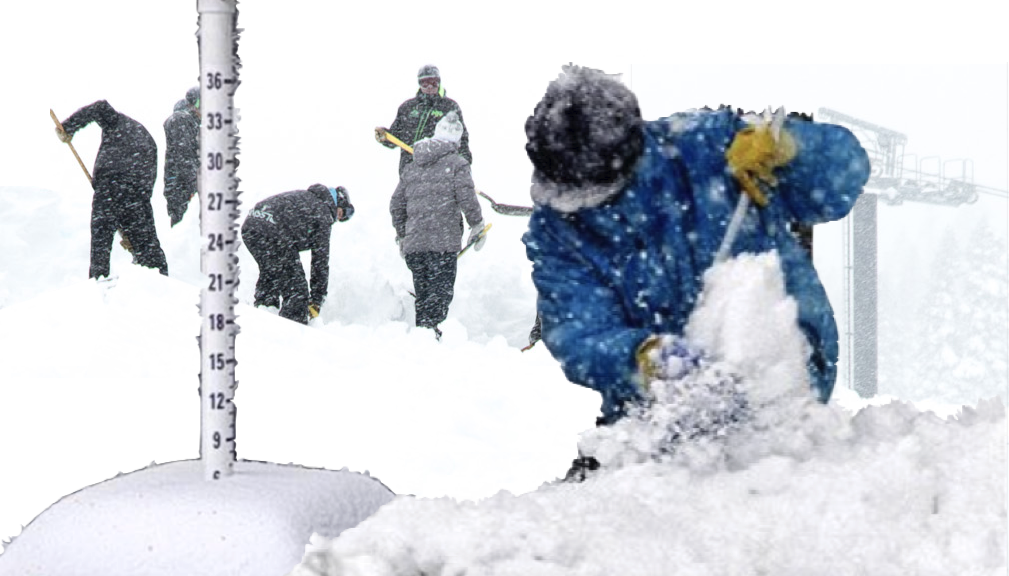 MOUNTAIN TOWN, USA — The ski industry was rocked Friday by whistleblower allegations that an Epic Mountain marketing director was spotted shoveling snow onto his ski area’s snow stake, in the process upping reported totals and embellishing the overall epicness of on-the-ground powder conditions.

Epic Mountain is one of the crown jewels of Epic Resorts, so the controversy has all but consumed the monolithic Broomfield-based ski conglomerate.

Multiple requests for comment from the besieged Epic Resort marketing director have been declined. But in a statement issued to TGR, Epic Resorts CEO Rhonda McSally sought to stop the bleeding by addressing the controversy head-on (by dodging, evading and deflecting blame at all costs).

We stand behind all 576 ski resorts, sledding hills, hotels and sketchy employee-housing units in our Epic Portfolio®.

“We take pride in the world-class conditions at our ski areas!” McSally (her ghostwriter) wrote. “At Epic Resorts®, we have no need to embellish the Stoke Factor® of the Epic Pow®, Epic Terrain® or even our brand-new Epic Magic Carpet®. We stand behind all 576 ski resorts, sledding hills, hotels and sketchy employee-housing units in our Epic Portfolio®.”

As part of their damage control campaign, Epic Resorts has launched multiple smear attacks against the still-anonymous whistleblower, calling him a “gaper,” “Phish fan,” “trustafarian,” and—perhaps most disturbing—“a liftie.”

Still in hiding, the whistleblower continues to release cryptic reports.

Just before press time, further details emerged that the whistleblower also witnessed Epic Resort employees moving moguls out of their summer storage silos. This story is still developing, and we’ll provide updates as they come in.