Where to even start with 2020? The first quarter seemed so promising, a great snow year, a summer calendar full bike races, weekend trips planned...and then March hit. Like every other human being on Earth, my life has been full of "WTF" moments over the last 9 months. With too much time to think about these things, moving back to Michigan to live with my parents, and basically rebuilding my life from the ground up, now seemed like a good time to talk about some of these things. From a relationship falling apart over the last year, a job on the rocks, and realizing that maybe I'm not the person I thought I was. We'll take a look at some of these topics and others in The Rona Diaries hosted exclusively here on TGR. 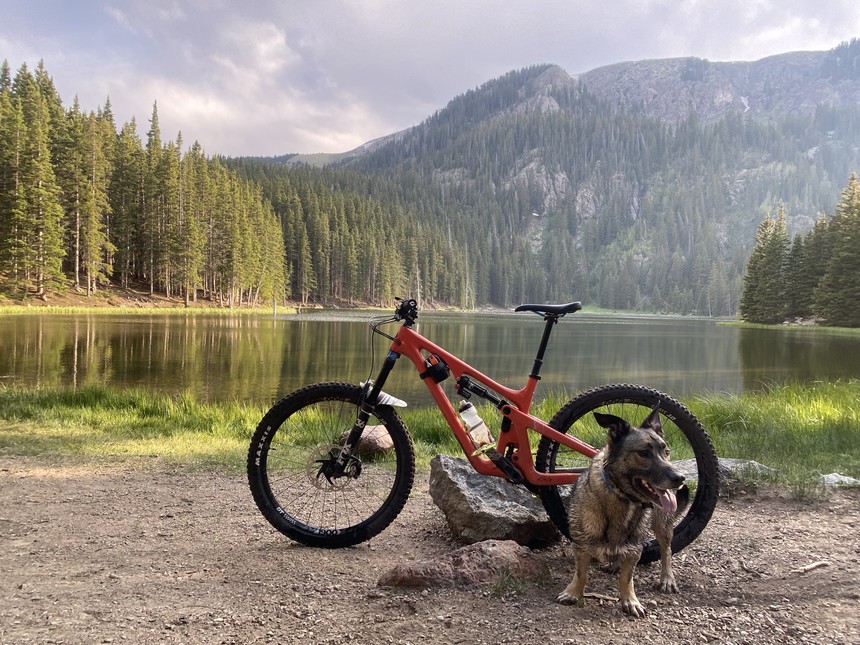 March seems like so long ago. After being told to "hunker down and shelter in place, this will all be over by Easter" it's hard to imagine that there will ever be a sense of normalcy or "old world vibes" again. Around that time, I was trying to reconcile a relationship with my daughters mother for what seemed to be the millionth time. The summer prior, we had gone through a separation that was extremely difficult for me and I battled some serious depression and anxiety because of it. Around Thanksgiving, we found each other again and decided to give it another shot with the help of counseling and the tools we had gained to communicate our needs, expectations, and most importantly our feelings. So after a few months of that and a weekend snowboard trip to Colorado, in February we decided to try to live together again. I should have acknowledged the red flag when she told me “this house is more a place for you than me, because I don’t know how much longer I can live in New Mexico.” The answer to that was approximately 3 weeks. As soon as the pandemic started, she made it very clear that she wanted to head back to TN. She asked me to go with her and move in with her father, but only after being told in a counseling session a week prior that she no longer felt like she wanted to move forward romantically with me. Kind of hard to want to quit your job, grab all your shit, and head to Tennessee after hearing that, right? So I decided to stay in New Mexico where I was still employed and had a roof over my head while I began looking for a job somewhere in Tennessee, North Carolina, or Michigan.

The next 5 months turned out to be some of the most mentally difficult of my life. When I didn’t have my daughter in between suicide trips to Arkansas to swap her off, I’d basically just work and ride my bike. That was until June, when I dislocated my elbow at the bike park, and had to take a month off of riding. The car ride to the Emergency Room in Taos is really when I had the wake up call that I needed to get out of New Mexico as fast as possible. You don’t realize how alone you are until you’re sitting on the couch in an empty condo at 5:30 in the evening, watching Netflix, eating leftover Salmon, and the only person to talk to is the dog. Taco (said dog) and I did the best we could to go on daily walks around the lake after work, hike on the weekends, or even just drive an hour each way to go to a different WalMart. I just craved some sort of social connection that I wasn’t able to receive from my coworkers. Plus with COVID, it’s not like I could go to the bike park and sit on the deck and have a beer or two (honestly that was probably for the best).

Toward the middle of July, I felt like I could at least start riding some forest service roads and eased my way back onto the bike by doing so. After a few weeks I started riding light trails again and was able to get some release by doing that. But the mental damage was done at that point. I was so checked out of my geographical location that I was resenting the pettiest of things. The night I was pushed over the edge was when I wanted to FaceTime my daughter in Tennessee and couldn’t get a hold of her mom. They were still living with my ex’s father and he didn’t know where she or my daughter were, nor did her few friends. The last anyone had heard, my ex was at a friend's house down by the river with our daughter and no one had seen or heard from her since 6 PM. It was about 9:30 at that point and I began to get worried. I called the local police department to see if her truck had been reported found or anything. At around 10:30 PM (this is MST by the way) she called me, livid because “I was trying to control her, being paranoid, and was out of control.” When in reality I just wanted to talk to my daughter and was panicked when I couldn’t get a hold of her and no one knew where they were. But my ex left her phone in her truck for a few hours while she was “having dinner and watching an MMA fight” with a guy friend while his daughters played with mine. Of course this resulted in an exchanging of words that would rival any MMA fight on that night, but we won’t get into that. The next morning I went into my bosses office and told him I couldn’t do it any more and asked that we begin my transition plan so I could relocate back to Michigan by the end of August. Looking back 4 months later, I still stand by this decision and believe without a doubt that it was what I needed to do to escape a situation where I felt trapped, alone, and on edge.


The next few weeks were filled with a routine I’ve unfortunately become all too familiar with over the last 5 years: How to get all my belongings (and now my daughters) across the country, in the shortest time possible, spending as little money that I could. I was able to get back on my bike at about 60%, enough to ride trails like South Boundary, Lost Lake, and the bike park one last time. I booked a flight into Albuquerque for my mom, rented a Uhaul in Santa Fe that we picked up on our way back from the airport. Six hours later, all of mine and my daughter's belongings were in the U-haul, my van was on the trailer, and my mom was set to drive my Escape. We left New Mexico in the dark at 5 AM the following morning and were back in Detroit 36 hours later. 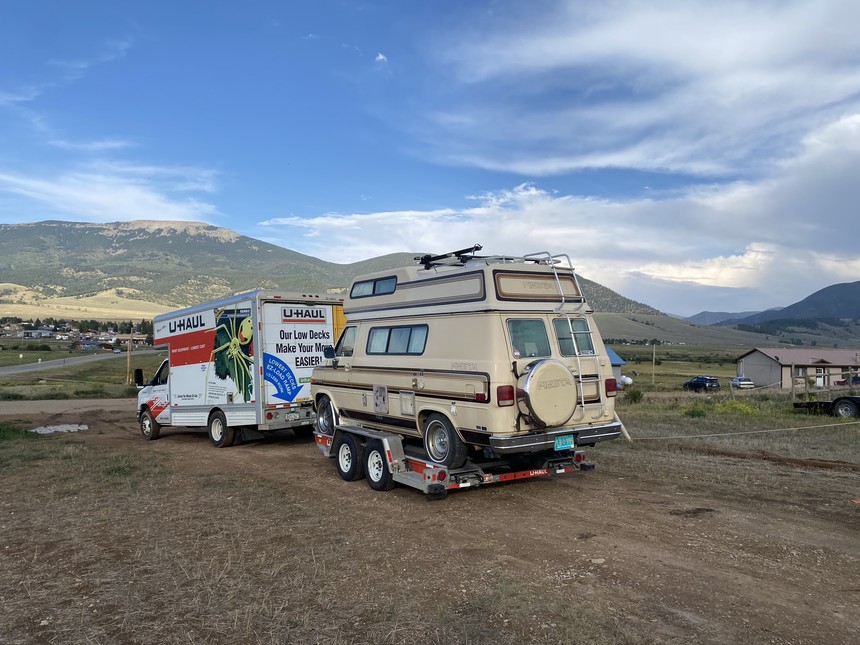 Since then, I’ve been living with my parents, applying to jobs like a crazy person, and still riding my bike as much as I can while still enjoying it. To put it as simply as possible, I feel like a toddler with new socks on, rubbing their feet on carpet for the last 4 months ready to unleash a sonic blast of creativity into the world, but not knowing in which direction to take it. Last night while laying awake in bed staring at the ceiling at 3 AM, something I do quite often now, I felt that first shock leave my system in what I am now calling The Rona Diaries.