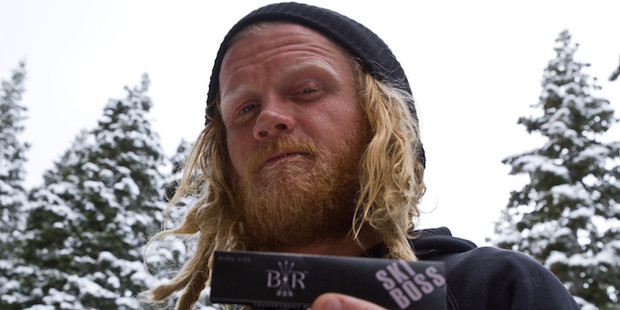 If you know about Tanner Hall, are familiar with his Instagram name (TannerHall420), or saw his interview with High Times, the rest of this probably won't surprise you... but it just might be ground breaking for next generation of sponsorships for ganja using skiers.

This week, Tanner Hall became first professional athlete to be sponsored by a company specializing in cannabis paraphernalia. The company, called Black Rock Originals made Tanner his own pro-model rolling papers and "420 kit" called the Ski Boss Collection which comes with its own rolling papers, lighter, and weed grinder.

RELATED: Grom Wakes Up at 5am Everyday to Surf

Apparently, the collaboration and pro model creation occurred organically due to shared interests between Tanner and Black Rock, “our brand is focused on debunking the lazy stoner stereotype and Tanner has been poking holes in that misconception for decades,” Black Rock Co-Founder Tommy Joyce said.

He is lucky. I have this https://newprint.org site at least!