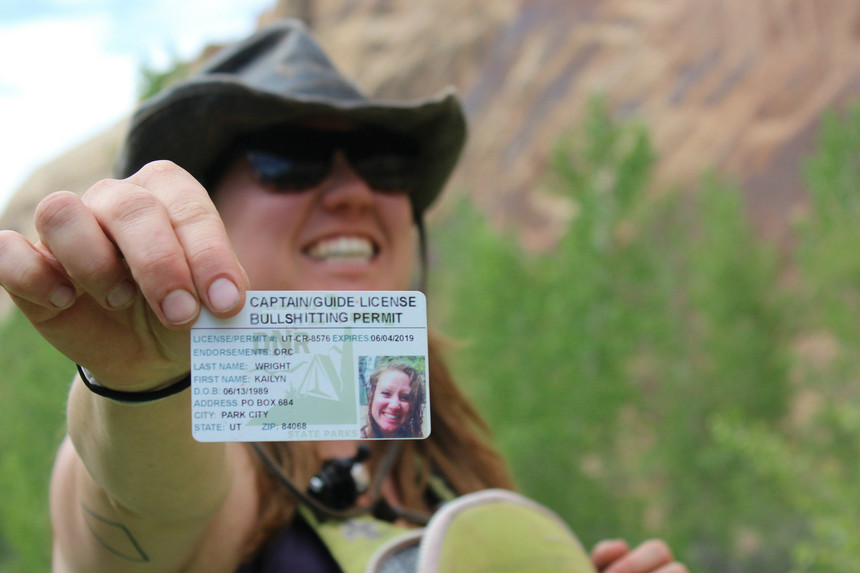 The issuing authority, the Guild of Deceptive Guides (GADG), said Wright is one of a very small number to attain the elite distinction, which confers advanced techniques for messing with customers who are largely ignorant to anything that doesn’t take place on their phone, in their living room or car.

“Whoever invented the saying ‘there are no stupid questions,’ ” Wright told TGR, “they weren't a river guide. Sometimes people ask you a question, and the only way to not offend them is to BS your way out of giving them the straight answer. I’m doing this for the customers’ sake dammit!”

According to summer recreation watchdogs, the practice of lying to rafting customers has grown exponentially since the 1980s. All told, more than 89% of fledgling river guides tell blatant lies to customers in order to avoid exposing them as completely out of touch with reality in front of their family or social peer group.

Nothing will happen if the raft goes off the tracks, because there are no tracks.

“It’s good for the industry,” said GADG President and ex-dirtbag Henry Cummings. “Sure, rafting involves brief moments of wet-and-wild fun, but 95% of most runs are boring as fuck! I mean, how many times can you say, 'No, we're not going in a circle! There is no elevation where deer turn into elk, and nothing will happen if the raft goes off the tracks, because there are no tracks — this is not an amusement park.”

In a strange turn of events, as of press time, Wright abandoned a crew of wealthy texans just above a class IV rapid after being asked the river's depth for the 57th-consecutive time in a 4-hour period.