Editor's Note: This interview has been edited for length and clarity.

About five years ago, brothers Will and Jim Pattiz took off on a spur of the moment road trip. Their trip would take them from Atlanta, Georgia, to the Grand Canyon. They had no idea that the trip was about to change their lives. Along the way, Will, Jim and a couple of friends stopped at Petrified Forest National Park. Their first park. Ever. And certainly not their last. “We were hooked,” Jim told me. “You don’t really understand how incredible these parks are until you’re actually there, boots on the ground.”

Many park visits later, Will and Jim will still argue that setting foot in a National Park is like stepping onto another planet. Both in their 20s, they wondered how they’d never visited one of these magnificent places. From there, they wondered how many other people had never been to one. And then, “How can we share these places with as many people as possible?” With that, More Than Just Parks was born.

You don’t really understand how incredible these parks are until you’re actually there, boots on the ground.

Will and Jim have given themselves a lofty mission: to document all 59 parks in the National Park System. They hope that their short films can inspire to go and explore these places, but more importantly, care about them. If there’s one word to describe these dudes, it’s passionate.

I caught up with Will and Jim last week following the release of their latest film, Rocky Mountain National Park. I started by asking them a bit of a loaded question.

TGR: What are your favorite parks?

Will: That’s like my least favorite question. It changes pretty frequently for us–it’s kind of just what you’re craving at any given time of year. Two parks that keep me coming back are Olympic and Great Sand Dunes. Olympic because of its unbelievable diversity–you can go from seeing a glacier and unglaciated mountain peaks to an untouched rainforest to coastal wilderness all within a couple of hours of driving. And Sand Dunes, wow! It feels like you’re in an African desert or on a different planet. That’s a really incredible park.

Jim: One of my favorites is Sequoia National Park. There’s just something about it. Getting to walk through a grove of these giants that have lived for over a thousand years is something else. These guys were around for the fall of the Roman empire and so much more. It’s hard to describe, so I’m so glad that they were protected so that people can have that experience.

I figured that Will and Jim were the types to be mysterious about their current projects, but I asked them anyhow.

TGR: What parks are you currently working on?

Will: Well, that’s something we generally don’t tell people, but I can tell you that we’re currently working on 5 different parks. Our hope is to have another film out before year’s end.

These guys are wild about the parks, and it shows. Before filming, Will and Jim will do anywhere from a few weeks to a few months of research. They’ll talk to locals and scour social media to get a good idea what a place is like and what the best spots will be. After research is completed, the guys spend anywhere from 2-4 weeks in a park just filming with ridiculous schedules. “We’ll wake up to catch the sunrise, stay up through the day filming, and then often be up late into the next night filming the stars. In Grand Teton, for example, our typical day went from about 4am-1am the next night, and sometimes we sleep even less than that,” Will told me. Jim chimed in: “It’s a grind.”

I’m a photographer myself, but a lot of nights in the backcountry I can barely keep my eyes open long enough for the stars to come out. The thought of 21 hour days for weeks on end has me ready to go into hibernation.

Jim: It’s so hard to do these parks justice in a 3-5 minute short film, but we’re doing the best that we can. We’ll keep working on a film until we’ve got something that’s gonna be a proper representation of how special a place is.

Will: Rocky Mountain actually took the longest of any of our films.

Jim: Yeah, the weather kind of conspired against us.

TGR: Speaking of weather, have you guys encountered any crazy weather while filming?

Will: Oh yeah. We’re constantly battling weather. When we flew out to film Mount Rainier, this wildfire flared up near the park. Being from the east coast, we don’t have much experience with wildfires. When we got there, the mountain was totally engulfed in smoke. Luckily, we’d done all of the research for Redwood National Park, so we just drove down the coast and filmed that instead.

(Which, Jim told me, is one of their favorite films that they’ve made.)

Jim: Zion also had some crazy weather. We were out on a hike in the main canyon and it started to rain out of nowhere, as it does in the desert. We’re hustling back and trying to get our gear out of the rain, and when we looked around, it was wild. Everywhere you looked, there were waterfalls that seemed to come out of nowhere. Hundreds of them! And within 10 minutes, all of them were gone and it stopped raining. 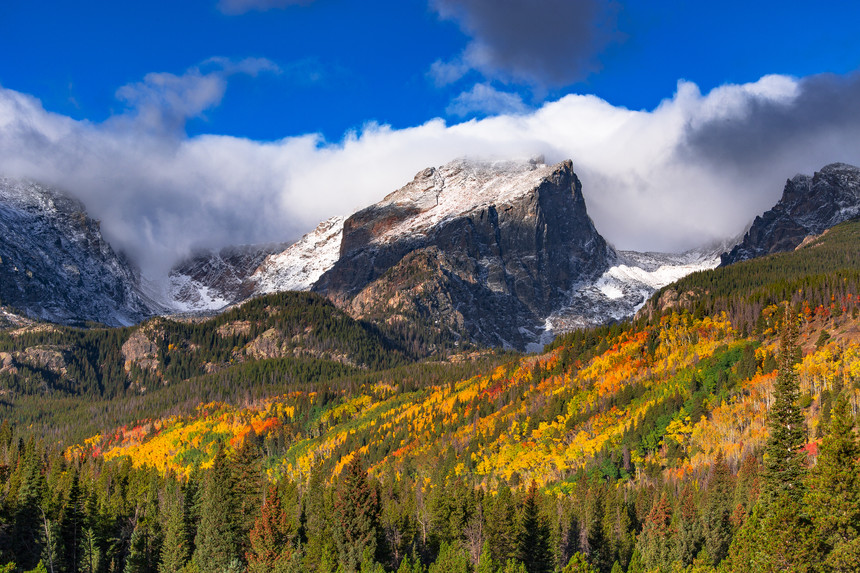 I asked them for one simple way that people can take care of their National Parks. Their answer was pretty straightforward: if you haven’t been to one, go to one. That’s where it all starts. “You don’t have to be a Girl Scout or a hardcore backpacker to go to a national park. Just go!” Jim advised. “Do whatever you’re comfortable with. I promise that you’ll end up caring about them.” The beauty of the Parks, in their opinion, is that they mean so many different things to so many different people–they’re more than just parks, and it’s impossible to define them in a concrete way.

Over and over again, Will and Jim stressed the importance of visiting these places in order to appreciate just how special they are. “[We want people to] think about it in a bigger perspective,” Jim told me. A hundred or 300 years from now, our parks could change our great great grandkids lives. “I can go to the same overlook that my grandfather went to and see the same view that he saw. That’s such a special thing that we’ve done in America, and we’ve got to take care of that.”

I can go to the same overlook that my grandfather went to and see the same view that he saw. That’s such a special thing that we’ve done in America, and we’ve got to take care of that.

In the long term, Will and Jim hope that they can become conversation starters about National Parks and Public Lands. “We care deeply about public lands,” Jim expressed. “We’re trying to figure out the best ways that we can make a positive impact.” “We want it to be as inclusive as possible,” Will added.

When they finish the 59 parks, the guys want to move onto other kinds of historic sites in the US like national monuments and battlefields. Beyond that, they’ve got BLM Lands, National Forests, and a whole lot more to document. Looks like we’re not getting rid of them anytime soon, but I’m fine with that.

We’ve heard our fair share of sufferfests, but fat biking across the remote interior of Iceland on ice and snow really takes things to another level. Earlier this month Rebecca Rusch, Chris Burkard, and Gus Morton left on an expedition to cross the country via a new north to south route. Even though much of the Northern hemisphere was transitioning to spring, Iceland was still very much in winter with -23 degree Celsius temperatures and 60mph winds in the forecast. Sounds balmy. Despite the