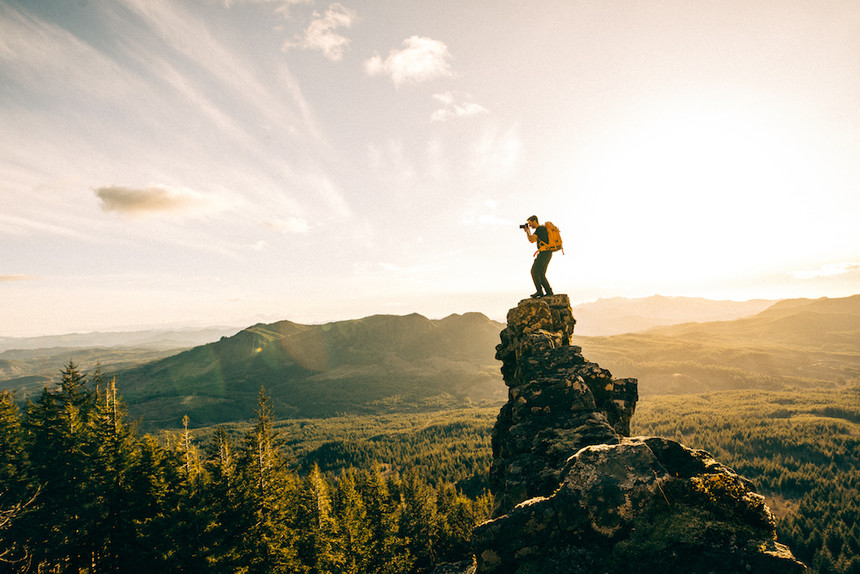 Saunders credits his success in photography to one thing–dedication. Tim Kemple photo.

Will Saunders likes not knowing how things are going to turn out, and if you asked him what the biggest surprise of his life has been thus far, it would be his career.

The professional commercial and documentary photographer has traveled the world over assisting adventure photography legend Tim Kemple (of Camp 4 Collective), co-founded The Locals Project—a media agency comprised of talented videographers, photographers, and designers—and he recently landed his first solo commercial shoot with The North Face. Saunders has shot documentary work with climbers on the Big Wall in Oman, captured bandito surfers on a 20-day expedition to Cuba, and has a client list that features giants like Patagonia, Black Diamond, and Gregory Mountain Sports.

“I never thought I would be here—never ever, ever,” he laughs. “But here I am. And I’m just in love with being uncomfortable and searching for the unknown. That’s how it always starts.”

Saunders didn't get into his career because he was, simply put, obsessed with being outside. Will Saunders photo.

Saunders’ background is that of a self-described “mutt”: He lived on the edge of Rocky Mountain National Park in Evergreen, Colorado, until he was six.

“I was so small that it felt huge,” he recalls. “My parents would just let me go. I’d play—break rocks open with hammers, skateboard down our hill, help my mom garden, and chase elk. I loved ‘exploring’ whatever was out there.”

At age seven, Saunders’ parents packed up the family and moved to San Clemente, California—where he was enamored by the skate and surf culture.

“It opened up the portal to the ocean for me—you can’t replicate that SoCal vibe,” he says. “I gained a love for the ocean and going to the beach and skateboarding with my buddies. We would hang onto FedEx trucks and get into trouble and run around Lords of Dogtown-style.”

By the time the Saunders’ packed up and got to Sisters, Oregon, Saunders had already figured something out: No matter where he went, there was an “outside” to explore. 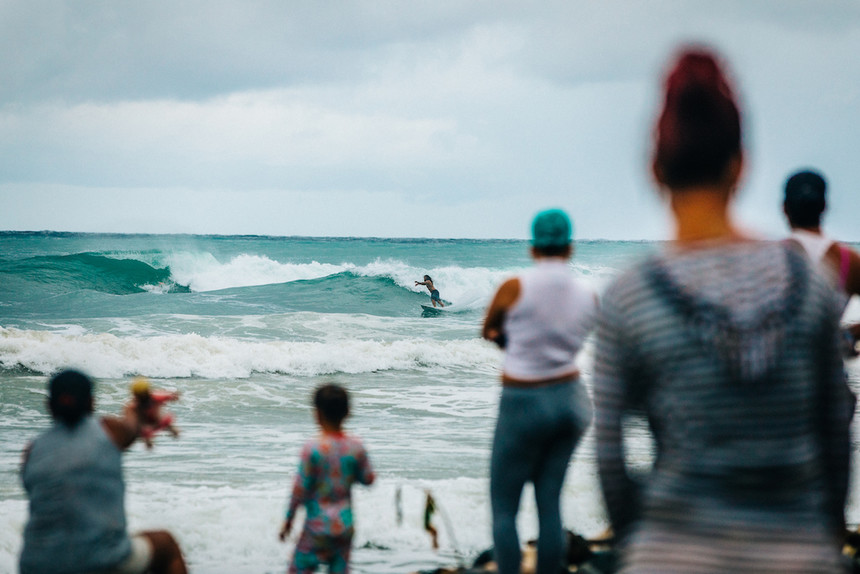 Saunders' love of the ocean continues to inspire him today, whether he's shooting in the States or snapping surfers in Cuba. Will Saunders photo.

“I got a mix of the ocean and mountains,” Saunders says. “By the time we moved to Sisters I realized where I was—outside—and couldn’t get enough.”

In high school, Saunders enrolled in an outdoor education course where he learned how to backpack, raft, climb, and navigate—thanks to his first mentor, Rand Runco, who taught the course.

“Runco is the most knowledgeable, most selfless man—he just wants people to learn and understand the outdoors,” Saunders says. “He got me out into the scene of what it really means to be an outdoorsperson. I hadn’t found the risk of nature yet and high school was a time for me to see what was possible from that side of the stick. Rand Runco proved to me that you could get away from the comfortable and find the unknown and push your abilities and still respect that you’ll never know it all or be limitless.”

And it’s that lesson that has allowed Saunders to be a successful adventure photographer—even if he didn’t know at the time that he was going to be one. Early on, he learned one of the lessons that anyone who can keep himself or herself alive in the backcountry needs to know.

“I knew how scary the backcountry really was because of rafting,” Saunders says. “I know how powerful the Earth is because of the river. The river is not going to stop for you if you fall or ‘need a minute’ to make a choice. I carry that throughout all my backcountry experiences. It’s okay to not know what’s going to happen, but I always respect my surroundings.” 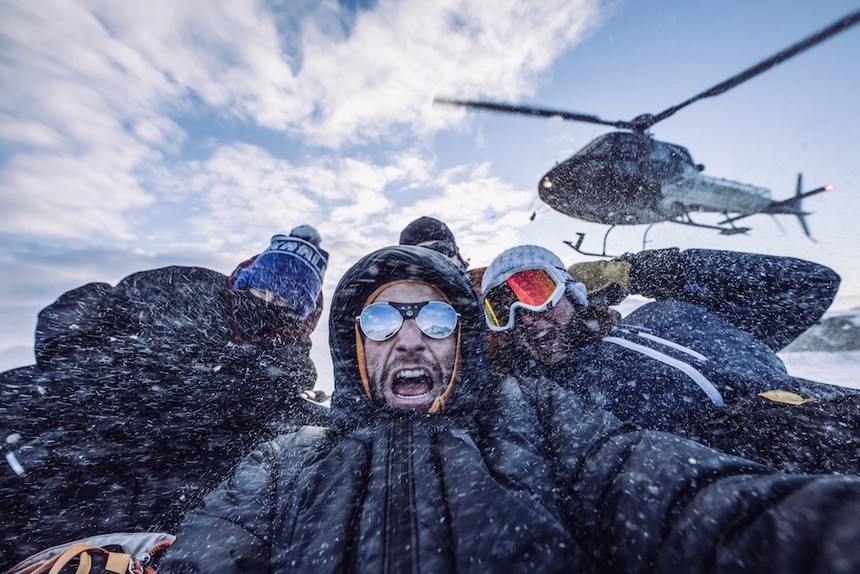 Saunders' career all started with him taking a chance applying to a travel writing seminar in college. Will Saunders photo.

Saunders had applied to be a part of an “adventure travel writing” seminar that Morrison was teaching. It was a competitive seminar with only 20 spots, so when he received and email from Morrison in response to his application that just said, “come see me,” Saunders didn’t have high hopes.

Morrison proceeded to give Saunders the old one-two—asking him what he planned to do with an environmental science degree before pulling out a collection of photos from Papua New Guinea, the summit of Everest, and the depths of canyons. Morrison had been a pioneer in adventure photography.

“He looked at me and said, ‘This is what I did. This is my life. If you’re willing to do this too then I’m willing to take you under my wing,” Saunders remembers. “All I could thing was, ‘I’ve never picked up a camera, I don’t know you, and you don’t know me.’ I left that room so confused. I called my parents and friends and I was like, ‘what should I do?’ They said go for it, and I did.” 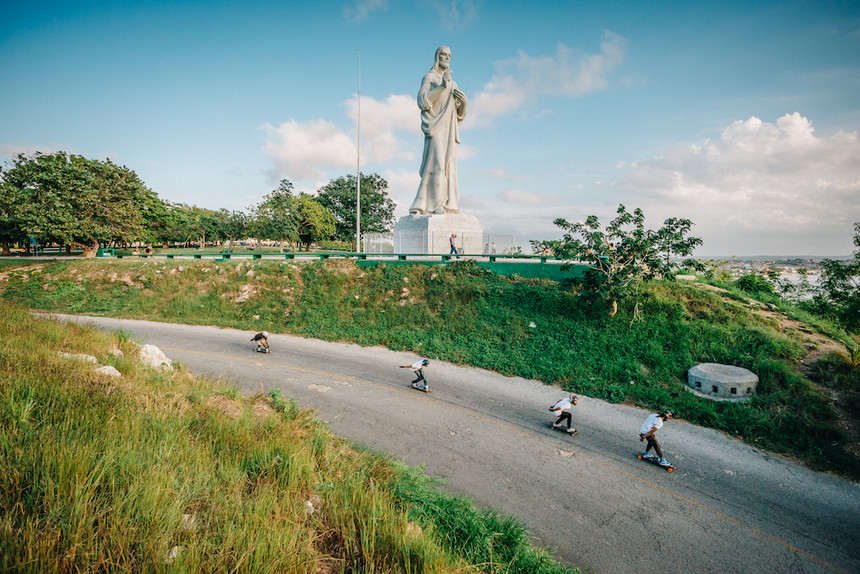 Whether its hill bombing in Cuba or climbing, or climbing in Oman, there's been one constant in Saunders' photos: A love of the unknown. Will Saunders photo.

Saunders rented camera equipment from the university, took instruction from Morrison, and fell madly in love with creating images.

“Climbing and rafting didn’t keep me up at night and taking photos did,” he says.

The first photo he shot that made him feel confident enough to call himself a photographer was a photograph he took of his friend, Lucas Reitman—a kayaker, coming over a waterfall near their hometown of Sisters.

“I started shooting as Lucas came over the waterfall and there was this rainbow coming out of the waterfall mist,” Saunders says. “That rainbow was such a magical surprise, so I shot it really tight. Most people would shoot the entire scene but I zoomed in and shot tight. I realized then that moments like that are me seeing the world differently than anyone else, and I want to do this more.” 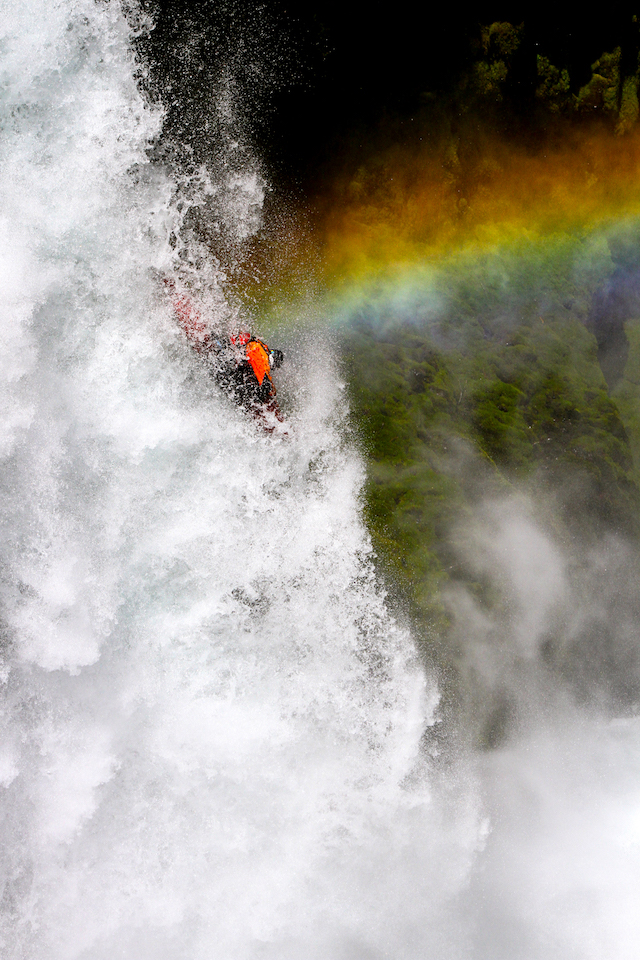 The first shot Saunders took that he really fell in love with. Will Saunders photo.

The bad news? He shot it in JPEG, because he was so early into his craft that he hadn’t learned that you should always shoot in raw.

Upon graduating, Saunders had figured out his magic formula: find a mentor, listen well, work hard, and find the unexpected. So he set out to become a professional assistant to a big-name photographer.

“In the creative world, there’s no shortage of us and if you don’t learn every little detail of how to do it well, someone else will,” he says. “School is one thing, but professional experience and mentorship is invaluable.”

So Saunders applied to be an assistant to Tim Kemple. “

You have to learn from others,” he says. “I graduated and my first goal was to assist Tim. I know how competitive this field is and how hard it is to get in and do it with style and make a living.”

Saunders knew that not many make it in outdoor photography and even fewer can pay their bills. 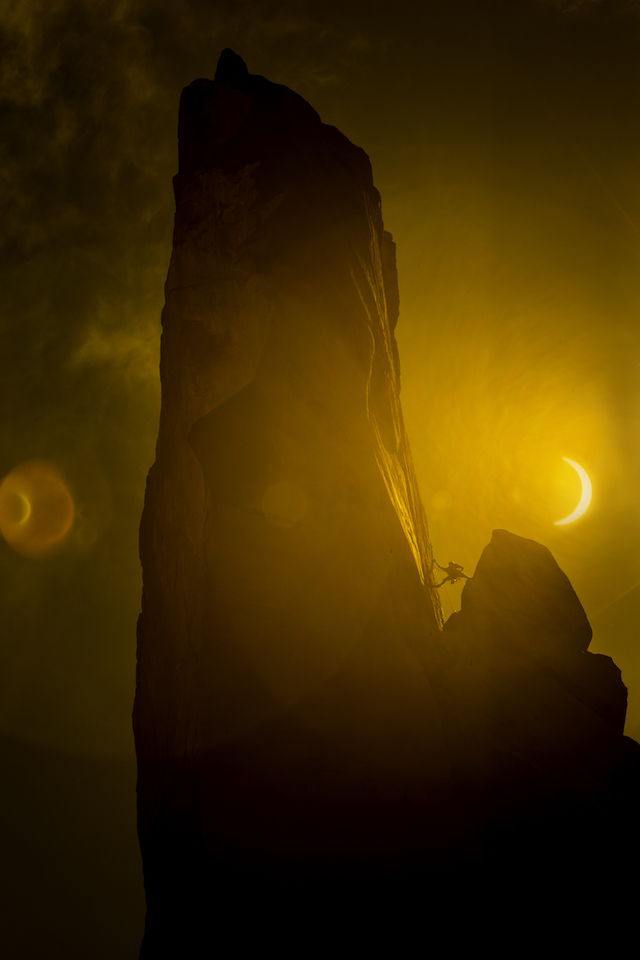 For the past two years, Saunders has given Tim—and the craft—more than just time.

“I encourage every person in the creative world to be a sponge and take critique and give your mentors everything you have,” says Saunders. “ Imagine if I had never assisted Tim, I would be fucked.”

Saunders doesn’t use descriptive phrasing lightly: On one of his first shoots as an assistant, Saunders and the rest of the crew planned for an early morning shoot on the top of the Flatirons in Boulder, Colorado, for sunrise. He had never climbed the First Flatiron before, and others on the shoot told him it would be “mellow.”

So Saunders showed up to the 4 a.m. call time in running shoes and with a 50-pound F-Stop pack filled to the brim with two camera bodies. As he got started up the face, he realized that it was steeper than he expected. About 250 feet off the ground he found himself crushed out on a slabby edge.

“I thought about dropping my bag—knowing that I either had a choice to drop my bag and lose $20,000-worth of gear or keep my bag and possibly fall and die,” says Saunders. “But I went for the next move and I held it—barely. After we topped out I laid on the ground for 30 minutes thinking about how dumb it was. That was a huge lesson for me that I have to scout locations and respect not only the job, but the expedition.” 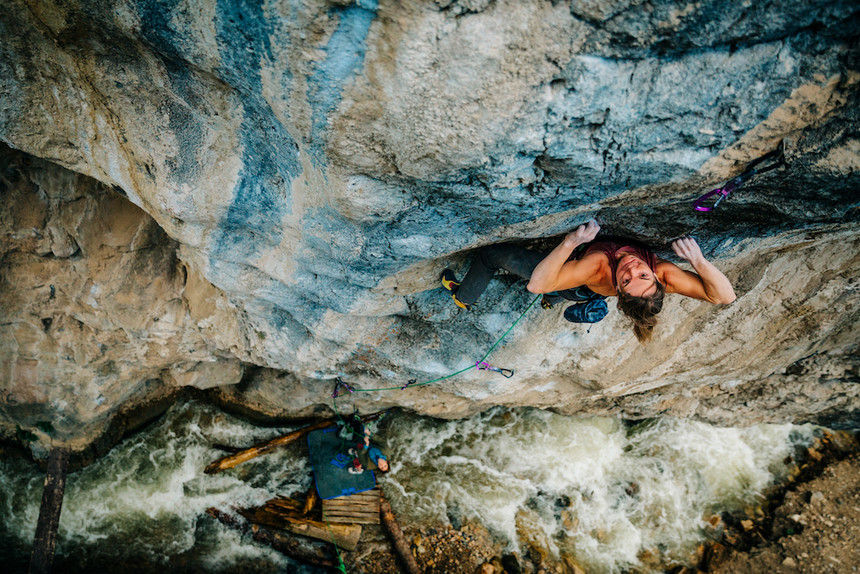 Saunders cautions anyone who might be interested in photography to be weary: If you want to succeed, it needs to be an all-consuming obsession. Will Saunders photo.

But lessons aren’t always learned in such dramatic fashions. One of the most helpful tips Kemple has given Saunders is more than just a gear rec or edit trick.

“Tim has become my best friend,” Saunders says. “He has taught me so much. One day we were just scouting and checking out an area and we were at a Tokatee waterfall and I was like, ‘Damn this would be a great place for a belly flop.’ He looked at me and said, ‘no time like the present.’ I stripped down naked and dove in. It was a small moment and a lesson that I’ll never forget. If you’re thinking about it, do it.”

So what’s the most helpful lesson that he can pass along to other young photographers out in the adventure world? It’s pretty simple, but it’s not an easy one.

“Unless you are giving every single ounce of your time to it, you’re not going to make it in the photography world,” says Saunders. “I have given every second of my life to it for better or for worse. It’s so unknown out there and no one ever really tells you how it really is. But the dirty details of getting started boil down to loving it, trying hard, and looking to others.”