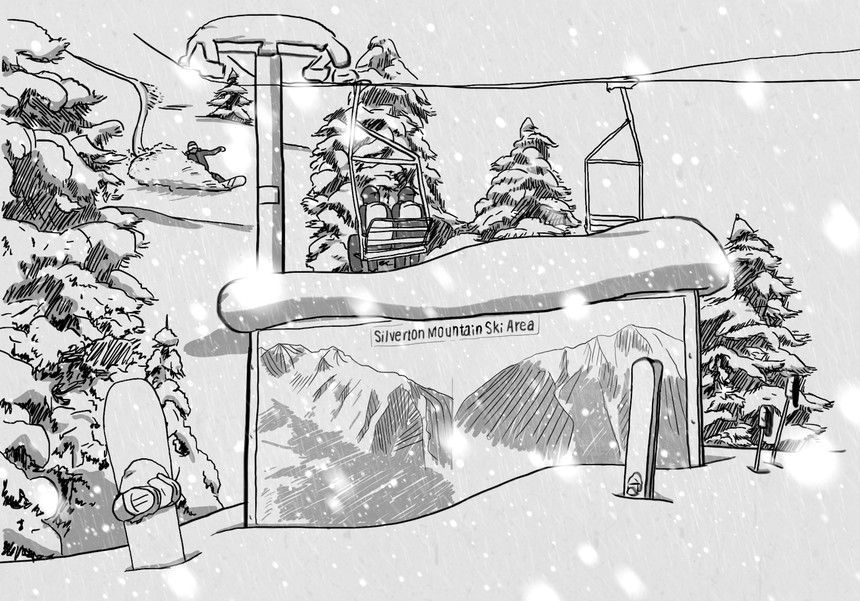 Fat flakes bury the base of Silverton Mountain in January 2008. Ryan Dee Illustration.

We all have those days that in memory seem more the stuff of dreams than reality. The rough edges fade, tedium reaches its half life, and all that remains is a canvas of white that burns like a secret flame for the rest of our lives, following us into our dreams, offices and long summer seasons.

It’s that moment, usually on the heel edge, where everything clicks, and the love for taking turns transforms into life-defining obsession.

Jackson Hole is legendary for producing days like these, where you hit that peak flow and the ecstasy of powder riding becomes everything.

It’s the feeling you get early morning on a deserted South Hoback run, burning the fall line in frenzy, seeking out the hallowed nooks that seem more church than hillside.

It’s the feeling you get with friends at the top of a long Glory bootpack, bereft of haste, when you finally strap in and let gravity say more than words ever could.

It’s the moment powder brings us together, on the chairlift, on the run, in the backcountry, when friendships are consecrated through hoots, hollers and screams of joyful, fearless abandon. 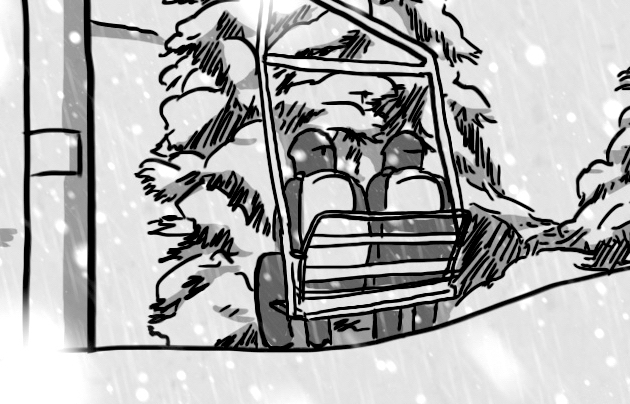 While these moments in Jackson Hole have cemented my love affair with snowboarding, my primer arrived before moving to the valley in Silverton, Colorado, in January 2008. It was one of those classic storm systems where the NOAA forecast read 100% snow for the foreseeable future. Looking back, it was unwise for me to head deep into the mountains a day before my spring semester was to begin at Fort Lewis College in Durango. But sometimes, the irresponsible decisions are the best ones to make.

RELATED: How To Become A Fugitive In Bali

Compelled by the forecast, I hitchhiked over Molas and Colbank passes. The morning after my impulsive midnight hitch, I awoke to find a San Juan snowpocalypse — 20 inches of powder on the streets of Silverton — and that was in town. By 6 a.m., my partner in crime, Ron, and I were mobbing his truck through deep drifts up the mining road to Silverton Mountain.

We got to the base, and it was ghostlike and deserted, save the sound of snow-muffled generators in the distance.

We crawled up to the yurt, swimming our way through wind drifts 30 to 40 inches deep. Falling through the structure’s threshold, Silverton co-owner Jenn Brill greeted us with a congratulatory grin for being the first ones to the mountain. She knew better than anyone what we were in for. We drank coffee, dialed in our kits, then went down to the deserted two-seater, and waited.

Over the next two hours, the line behind us grew, bombs echoed through the canyon, and the snowfall took on a silent, downward intensity. Then, the chair began to spin, groaning to life with a labored hum. Patrollers went up to make their cuts, and when they came down, they weren’t the same people.

And then, it began. 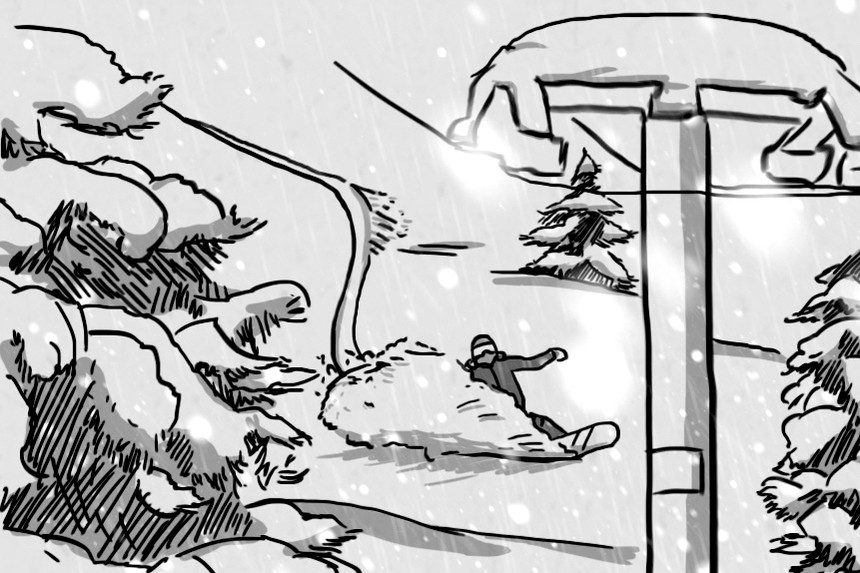 Riding first chair on such a day is the best it gets, but deciding what to drop can be maddening — it all looks good. But this was one of the rare days at Silvy where everything was open, including liftline and the adjacent RMYF, a 2,000-foot avalanche path with a consistent pitch the entire way. Our choice was obvious.

RELATED: Someone Shit On My Campsite - A Tale of Ski Town Woe

Unloading the lift, skating frantically to the entrance gate, my heart was ready to explode. I clipped in, hopped up. Time melted away. My past woes, my future worries, all of the things that resonate in the constant din of the human brain crystallized, then shattered, and I found peace.

That morning, Ron and I lost ourselves in the aesthetic purity of riding. Time faded, each turn lasted only moments, but also an eternity. Every run, we lived and died. Gods were born and prayed to, then forgotten, only to be born again. I lost track of who I was and what I was doing; there was only the turn, and the timeless meditation that accompanied it. This was a love that could never be taken from me, and I promised myself I'd guard it with reckless, savage abandon for the rest of my days.

This was a love that could never be taken from me, and I promised myself I'd guard it with reckless, savage abandon for the rest of my days.

Coming down from the powder high several runs later, we rested our legs in the base yurt for the short duration of a few breakfast pints. As we settled in next to the crackling wood stove, Aaron Brill bursted into the yurt like a drunken yeti.

“If you don’t leave now, you won’t be able to!” the Silverton Mountain owner yelled into the den of powder hounds, scoundrels, and dirtbags. “This system isn’t letting up — CDOT’s gonna close the passes — it’s now or never, people!”

But no one stirred.

I readied the hammer for another lap, and in delighted mirth I realized my current situation epitomized the old San Juan saying: “In Silverton, when times are good, you don’t wanna leave. But when they’re really good, you can’t.” 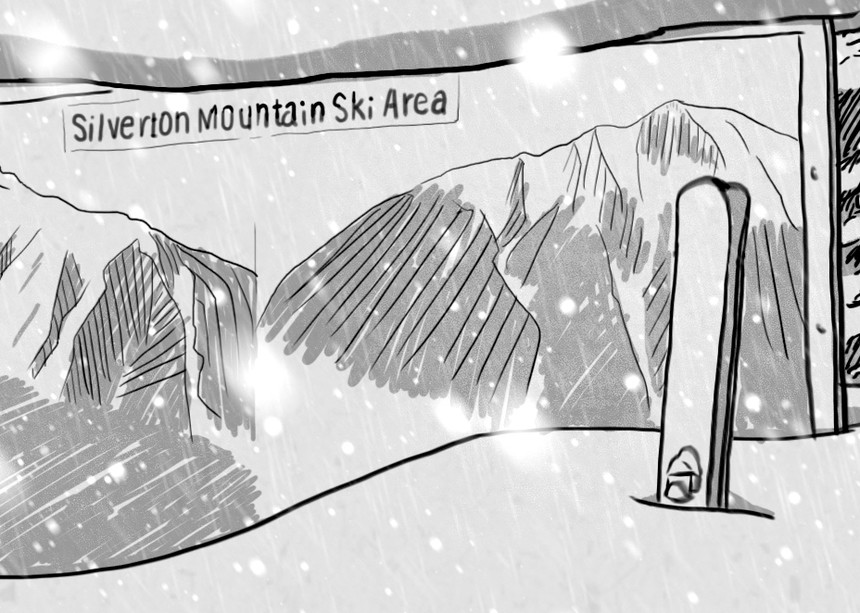 A Ska Euphoria later, I was back at the base of the double-seater. I had no place to stay in Silverton, no plan to fall back on. The sensible thing to do was leave.

But powder days like this don't instill people with much sense. They seduce the bad decisions out of us, one irresponsible choice at a time. The lift beckoned to me like a midnight booty call that you definitely should ignore, but can’t.

Waiting for the chair, the liftie yelled to the crowd: “550’s closing in 45 minutes, if you want to get home tonight, YOU NEED TO LEAVE NOW.”

If you guys get on this chair, you’re gonna be stuck in Silverton for a long fuckin’ time!

We held firm, and made no move to call it, we couldn’t, no matter the consequences.

Just before getting on the chair, the liftie looked at us and grinned. “If you guys get on this chair, you’re gonna be stuck in Silverton for a long fuckin’ time!”

Caked in snow, we grinned back, and said nothing.

Someone Shit On My Campsite: A Tale Of Ski Town Woe

Snowed In at Silverton: The Best Damn Week of My…

Getting Our Skis Confiscated – Twice – On…

Check Out This Splitboard Expedition To The…

DPS Cinematic Shreds DEEP Pow in the Olde Alps in…

The Youth Will Save Us–One Pro Skier’s…

Storm-Chasing in Northern BC: A Smithers Trip…

How To Become A Fugitive In Bali

Finding a Key in Summit County

Glass Half Full: The Neutrino Couloir at 21%…

Big Lines, in September, in the Canadian Rockies

Splitboarding 4 in 1 Day in the Aussie Backcountry

Measuring Melting Ice: A Summer In The Field

Skiing Patagonia After A 4-Foot Storm

Come join TGR’s iconic Tangerine Dream on tour this summer! The 1980 Dodge Power Ram pickup truck steeped in TGR lore will be making the rounds, starting at the GoPro Mountain Games in Vail, Colorado on June 7. Back in the 90’s, Todd and Steve Jones bought the truck while adventuring in Alaska before driving it back to the Tetons. These days the Dream has a top speed of 55 - it might not run perfectly anymore, but it sure has character. The bright orange paintjob comes from the truck’s