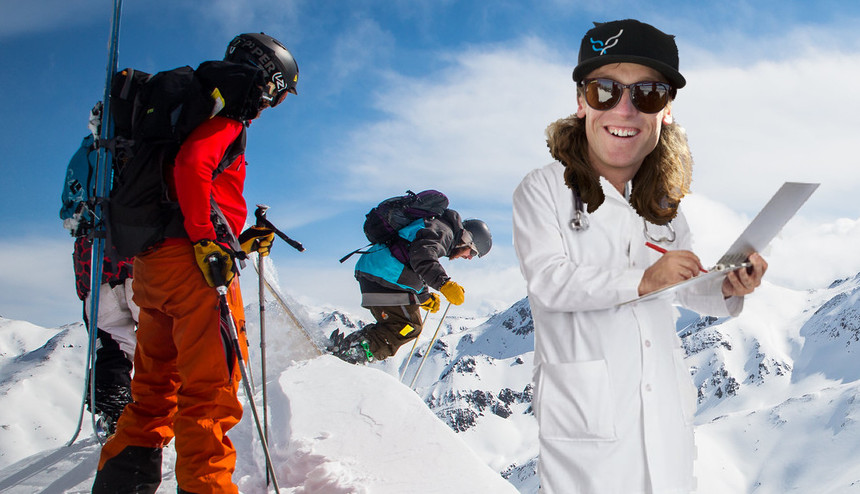 MOUNTAIN TOWN, USA — After 23 years of conducting gravitational research in the Tetons and around the world, Teton Gravity Research released preliminary findings Monday concluding that its athletes and other action-sport enthusiasts are still being pulled down by the mysterious force.

“The research will continue for the foreseeable future—as long as it takes—until we have conclusive answers,” a TGR press release states.

Schroder Ripper, 29, a TGR athlete and pro skier who’s helped the company’s researchers probe the cosmic anomaly since 2011, says that despite hucking cliffs and “getting sendy” for a majority of his adult life, he’s still confounded by the Earth’s gravitational pull.

The research will continue for the foreseeable future—as long as it takes—until we have conclusive answers.

“I’m fucking stumped!” Ripper told TGR over the phone, the sound of a bubbler ripping in the background. “I think that, as hard as gravity researches us, we need need to research it harder...Know what I mean, bruh?”

Lead researcher and physicist Dr. Sheila Grant, PhD, says in the report that her team continues to fight tirelessly to learn more about gravitational pull, the laws of attraction, and why skiers and snowboarders go down—toward the Earth—when they ski off a cliff.

“The TGR field science team won’t rest until we crack this,” Grant said during a follow-up call. “Nevermind that Henry Cavendish first tested Newton’s Law of Universal Gravitation in 1798. The fuck did he know? My team still has questions that need answering.”