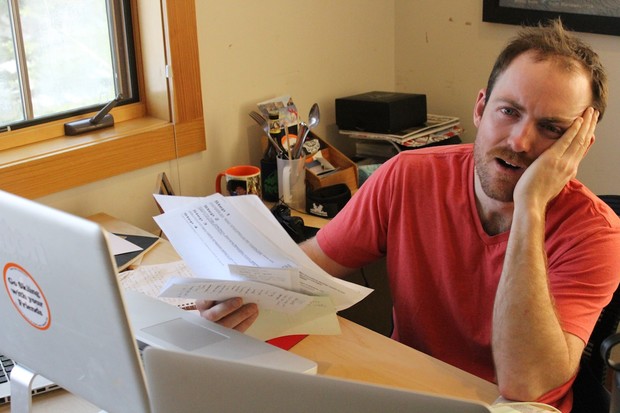 A San Francisco accounting firm reported Friday that one of their newest employees — an ex ski bum — had officially burnt out after three days on the job and told numerous clients to do their own taxes.

The stress boiled over when newly-minted accountant and ex-dirtbag Ryan Rogers, 31, received a brand new stack of tax documents to review at approximately 4:45 p.m. Friday, just before the weekend.

Having followed the snow forecast in eager anticipation for multiple weeks, the overworked Rogers had planned to chase storms all weekend, but the newly-assigned files had put an abrupt end to the expectation of fun, freedom — and not staring at a computer screen.

Describing his stress level as "untenable" in a Skype interview with TGR, the fried and destitute Rogers could only rant his frustration following three days in the real world in hyperventilating gasps.

"Today was a powder day, and I missed it,” Rogers lamented over stacks of imposing documents. “This whole ‘real job’ thing totally sucks! People have been posting powder shots on the 'Gram all morning, and I'm stuck here — in an office — what the fuck am I doing!?”

“All these needy clients,” he continued, “they just suck the life out of me one collated report at a time. It’s always about them — their money, their savings, their schedule. What about MY schedule? MY powder? MY first-chair bragging rights? I’m sick of it!!”

All that work, constantly being sober and having to take daily showers really started to throw off my game. Now I can get back to the way life used to be — bong rips in the morning, pass-laps midday and endless hold-times with the unemployment office in the afternoon.

TGR’s interview with the stressed-out Rogers was cut short after his office phone rang for the 25th-consecutive time in just under an hour, sending him into a belligerent rage that threatened coworkers and all manner of office supplies.

According to colleagues who witnessed the tantrum, Rogers ripped the phone from the wall before hurling it at his supervisor. Screaming expletives, he shattered the Apple monitors on his desk with a 3-hole punch before diving headfirst out of a 2nd-story window.

His colleagues at the scene reported being terrified, but also slightly amused. 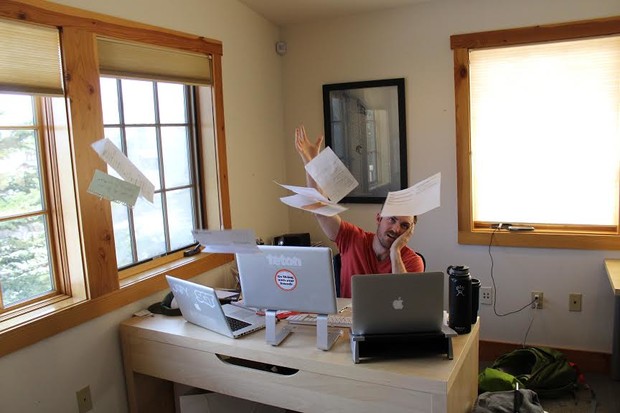 Following the incident, a recovering Rogers phoned in from a chairlift just days into his newfound freedom, and confirmed that an enormous weight had been lifted from his shoulders.

“After I got out of jail for destroying half of that office, I had an epiphany,” Rogers recounted. “All that work, constantly being sober and having to take daily showers really started to throw off my game. Now I can get back to the way life used to be — bong rips in the morning, powder laps midday, and endless hold-times with the unemployment office in the afternoon. I finally feel like I’m back on track.”

The emancipated ski bum said he was uncertain where his professional life would lead him next, but expressed tentative interest in getting back into "dishwashing and weed trimming.”

This is extremely one out of a real existence time understanding. Quite’s a companion of mine who visit bradfordcountyeducationfoundation a day or two ago. he is intending to welcome me like the one expressed previously. The expectation I can make it! Our dissertation help services in USA and custom research paper writing in USA are meant to transform the academic profile of any student from a downward trend to an upward trend in their grades.