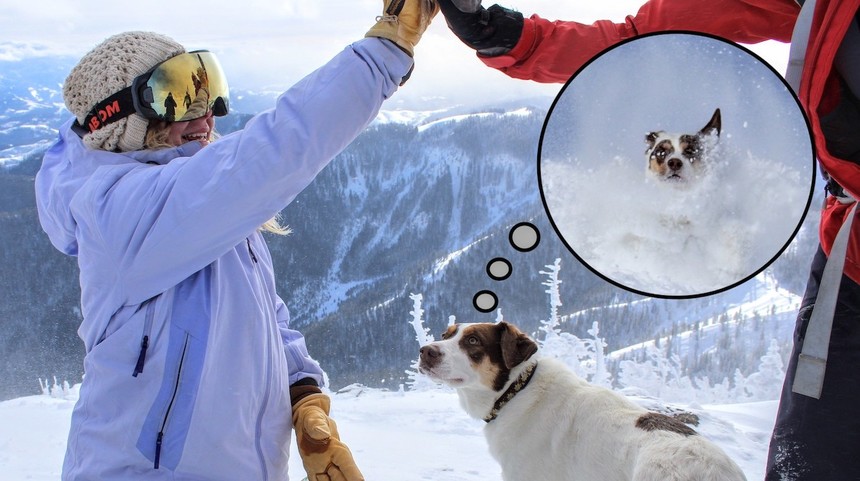 Monchoss the dog looks on anxiously as his mom greets a friend (and prolongs the wait for pow!!). Sam Morse photo.

MOUNTAIN TOWN, USA — A powder-hungry pup grew restless Monday afternoon at the top of a well-known backcountry run when his human mother took longer than expected to drop in.

Passing skiers and snowboarders allegedly endured rough-and-tumble greetings and assertive licking at the paws of the anxious snow-frenzied beast.

In response, Mudd—distracted by a litany of bullshit—erupted at the pup several times with angry, emotional outbursts before manically turning back to her kit with a lighthearted giggle. Strangers told TGR under condition of anonymity that they were frightened of Mudd, and “wish(ed) she would control her dog”.

“You could tell that dog was just wanted there for the sake of #puppycrush,” concerned skier Mike Richter told TGR. “She was just bumbling around at the top of the bootpack, and her dog was going f***ing crazy with anticipation. It was sad!” 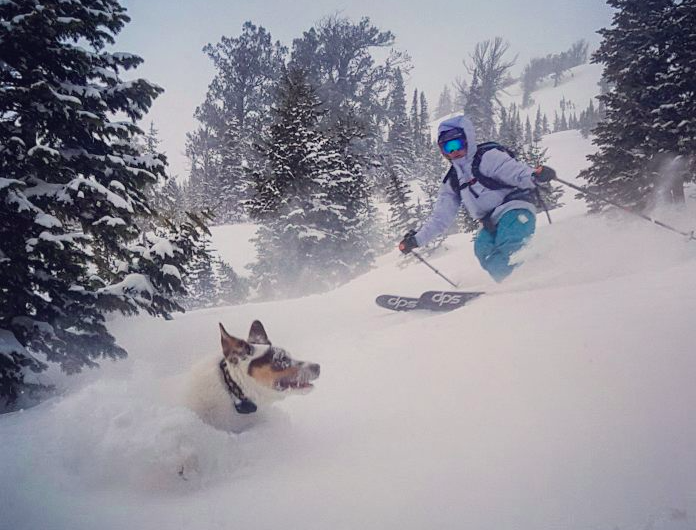 After dropping in, the bond between mother and beast on full, glorious display.