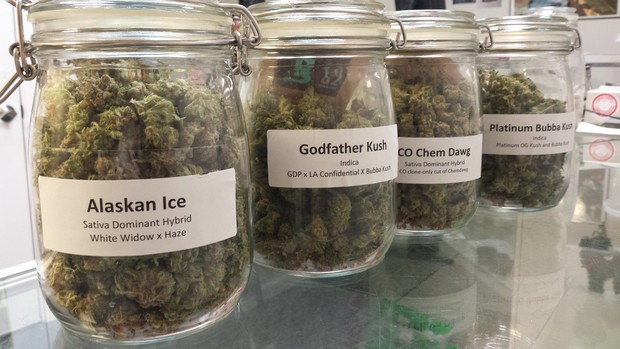 According to the Denver Post, Colorado may soon allow out-of-state visitors to buy as much pot in the state's legal dispensaries as Colorado residents – one ounce. Visiting stoners have been limited to buying only as much as a quarter of an ounce in a given day since weed became legal in the state several years ago, and as part of a routine revisitation of the state's pot regulations, the limit may be dropped entirely.

State enforcement officials say they haven't busted a single shop for overserving out-of-state customers, and that the bigger concern for states where pot is still illegal is not imported weed from Colorado, but local underground grow operations. The elimination of the out-of-state limit now awaits consideration in the state Senate.

Meanwhile, Vermont Is Definitely Not Feeling the Bern

Unfortunately for East Coast stoners, the state that birthed Phish and hosted Bernie Sanders' liberal political career is not down for the cause. According to  VT Digger, The Vermont House rejected a bill by 121 votes to 28 that would have allowed retail marijuana sales by 2018. They also shot down the idea of a voter referendum on pot legalization on the upcoming August ballot, and another measure that would have decriminalized pot grown at home.

RELATED: Why a surfing banker jumped into California's pot industry

The news effectively ends any prospect of Vermont being the first New England state to legalize weed this year, and marks a blow for Governor Peter Shumlin, who had promised to address pot legalization in his State of the State address.

It also, no doubt, produced a very somber atmosphere among the members of the University of Vermont ultimate frisbee team.

This article made me laugh. This bill is not going to pass. the word on the ground is that Colorado is actually about to reduce the amount from 7 to 2 grams for out of staters. It will be interesting to follow this but I find that the news reports one thing about colorado’s marijuana affairs and the reality often is another animal entirely. When reporting on this subject I would check with sources on the ground instead of just going off of a single news article. THat way you can provide more accurate news to your readers.

In reality you should do that with any topic or subject. its irresponsible as a journalist to not check other sources.