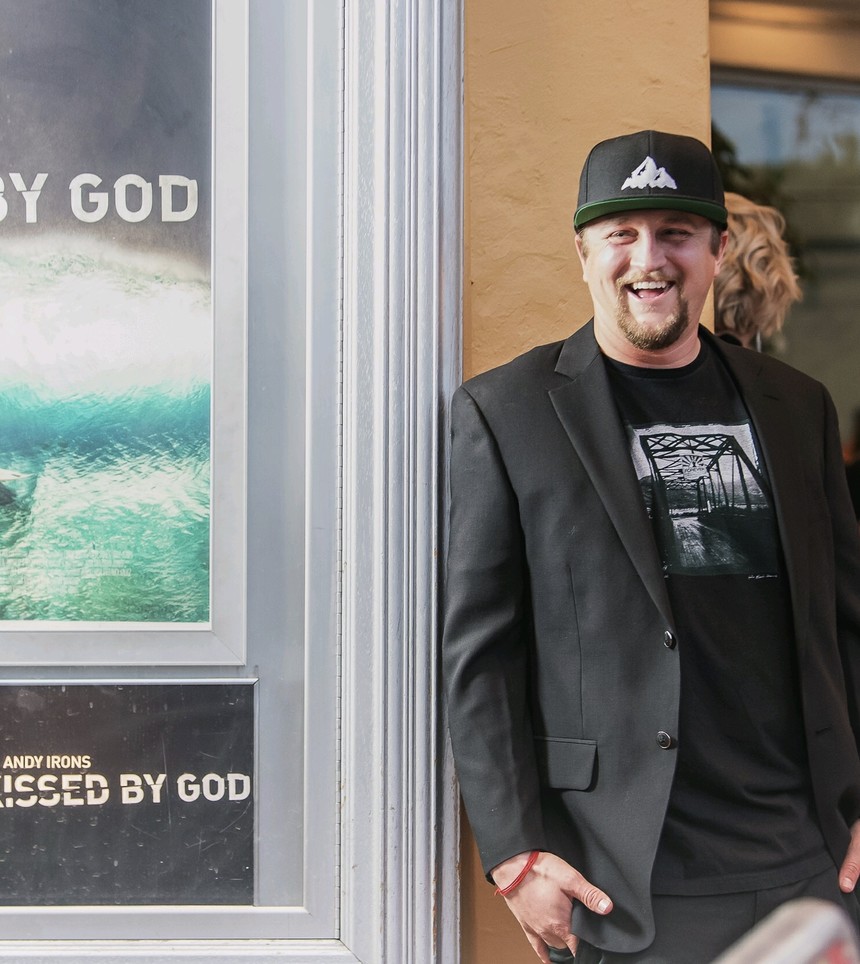 Working at TGR is definitely a work-hard play-hard environment. But lucky for us, much of the working hard looks a lot like playing hard. For TGR Lead Editor Justin Fann, who’s been around here longer than most of us, that daily routine usually involves getting his hands dirty on some of the biggest projects we’ve ever worked on. We’re talking films like Andy Irons: Kissed by God, Deeper, Higher, and any of the annual films we’ve made in the last few years. Of course, all that time spent shooting and looking at video of the best athletes in the world doing their thing leaves a man inspired – and that’s why once J Fann leaves the edit bay, he gets busy getting after it himself, whether it’s on a snowboard, snow mobile, mountain bike, or just finding some peace and quiet fishing the rivers around the Tetons. Learn a little more about J Fann’s story, and what he’s stoked on creatively both in and out of the mountains.

How did you get your start with TGR?

Justin Fann: Bit of a long story, but I'll try to keep it brief. So, towards the end of my junior year at University of Idaho, Jeremy Jones' film "Deeper" screened at the student union building. Me and a couple buddies went to check it out, we were familiar with TGR's ski films and wanted to check out the latest flick. I had always been into filming and making little edits of weekends snowboarding or skateboarding growing up (I filled up a lot of mini DV tapes in my youth) but I had never thought of it as a potential career opportunity. For whatever reason, after watching Deeper that night, that realization hit me that maybe I wasn't heading towards a career I wanted. So, the next week I added a minor of digital media production to try and soak up as much filmmaking knowledge as possible during my last college year and right after I graduated, I applied for an internship with TGR. I landed an internship in the summer of 2011 helping make DVD extras (when we used to have those) for "One for The Road" and then by the following winter I was cutting a TV series from Jeremy's "Deeper" film. So, it was kind of a funny full circle start, going from being inspired to make a change because of this film, then to have one of my first real edit projects be adapting that film into a series for Outside Television was pretty wild. 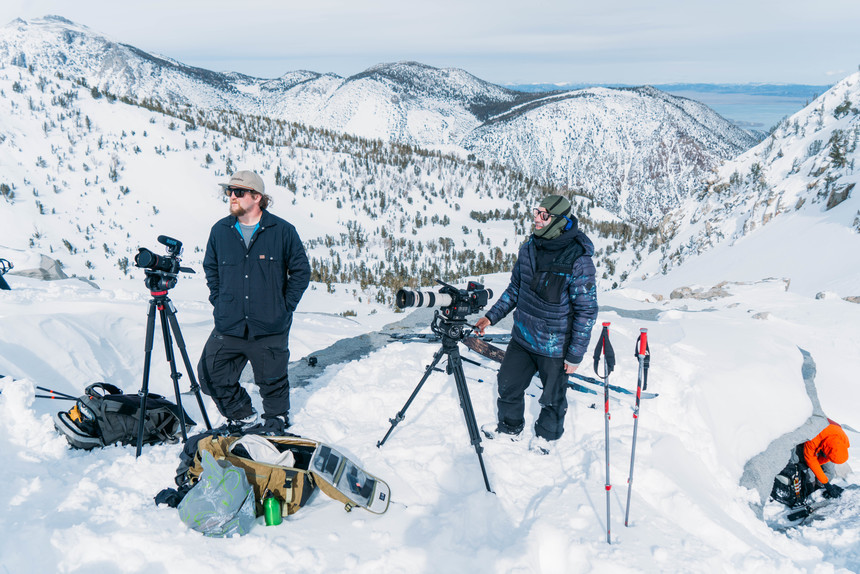 Just another day at the office, in the field for Blank Canvas. | Leslie Hittmeier photo.

What is your role at TGR?

JF: Lead Editor / Cinematographer / Director (lots of slashes in most TGR employee titles but my main title would be Lead editor).

Moments you are most proud of?

JF: There's been a lot of proud moments over the years here at TGR. Every film that I've been a part of comes with a huge amount of pride when it is released. That moment when you've poured so much into this film and you get to see it play in front of an audience for the first time is pretty special. Jeremy's Higher, was a highlight for sure. It was the first film that I was the lead editor on and the cap to the trilogy that had sorta started my career so that was a very rewarding film to be a part of. Another huge one would certainly be the Andy Irons Kissed by God release. That film was a massive undertaking and such an important story to share with the world that it inevitably was a very proud moment for me. To be able to work so closely with the family and share his tragic story was something I'm still humbled to have been able to do. The most rewarding part of that film was the outpouring of reviews and messages after its release. We received so many messages from people thanking us for making the film and sharing such a human story. People saying, "the film allowed me to start a conversation with my brother, sister, friend, etc. whose been dealing with mental or substance issues," was beyond humbling. To know that the story we told helped humanize and begin these tough conversations was an amazing thing to be a part of. Andy's life impacted so many people and it continues to this day. 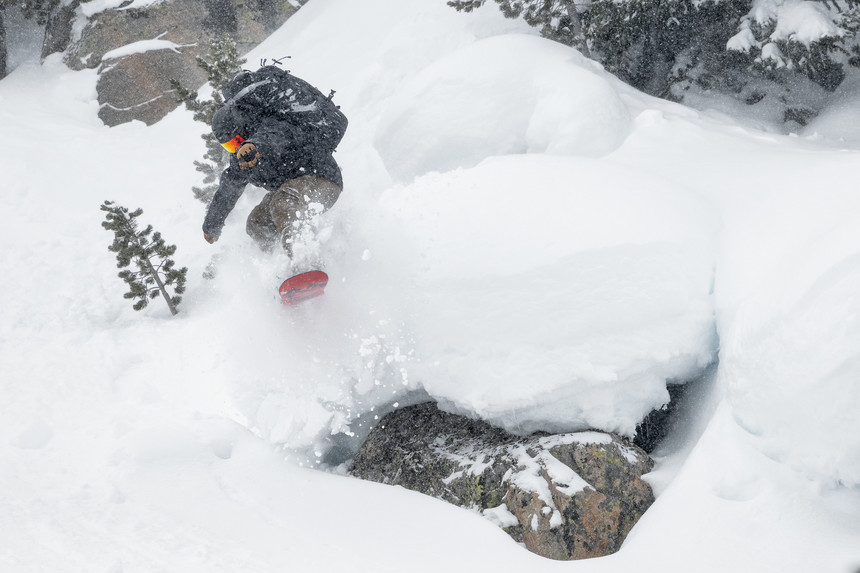 What is your dream project / story?

JF: To me, my dream project or story is really just anything that inspires people. That can be on a personal level, societal, just starting a conversation, whatever it be, the most powerful stories to me are ones that inspire. If I could be a part of a project or story that helps people realize a dream or offers a starting point to talk about difficult subjects, that's what I like. I also really appreciate stories that connect people. We are all so consumed in our own worlds so to be able to have a film start a conversation among friends or family, whatever, is really cool.

What is it really like in the field on some of these films?

JF: Again, it varies from project to project, but in general days in the field for some of these films are long. Especially in the ski film or snowboarding world, these days often start at 4 or 5am, dark starts at the trailhead and often ends back at the trailhead at last light. Then you typically have to return to your home or hotel to offload, backup, and organize all the footage you capture during the day. So, your day usually ends somewhere around midnight on the bigger shoot days. Constantly battling weather in the field, wind, cold, frozen fingers or toes, and an ever-changing environment are just a part of it. We are often working in the backcountry as well and that comes with its own inherent challenges of operating safely in these areas. Making sure your crew is staying safe in avalanche terrain, assessing snowpack, thinking about worst case scenarios and how you'll handle the what ifs of the day are constantly happening. Again, each day varies from day to day but those days when everything aligns, and you are able to capture something awe-inspiring, makes it all worth it. 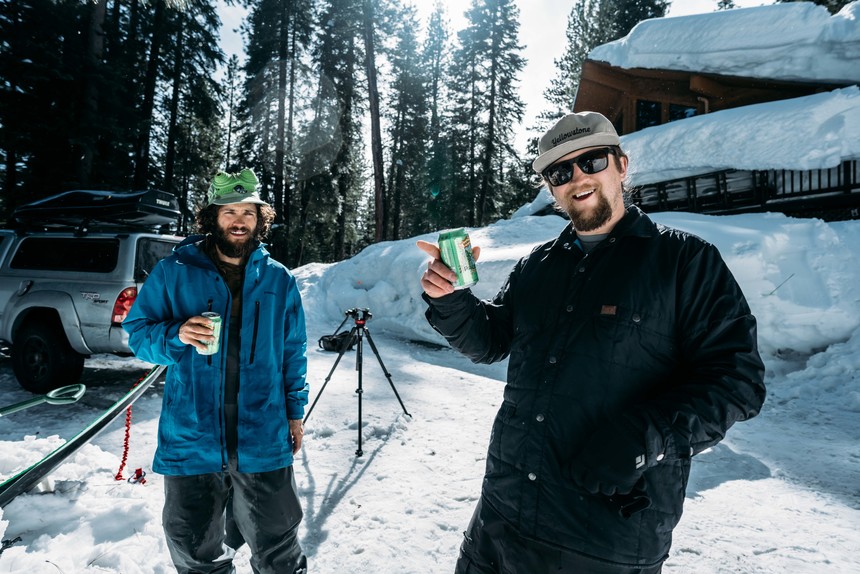 You get handed hard drives with huge amounts of video on them - where do you start the process?

JF: Well, it's definitely a lengthy and very tedious process. The basic process is to get all that footage into an edit project, organized (i.e. racked) which just means organizing the footage in a project by day, type of shot, action, non-action, scenic, etc. so that we'll be able to track down those shot's easily as we get into the edit. We organize all the content and interviews in a way that is easily findable and then the edit begins. For me, I have to watch every frame of footage at least two full times through to get to know what's there and what will help tell the most powerful story. Every film is different but that's kind of the basic workflow. 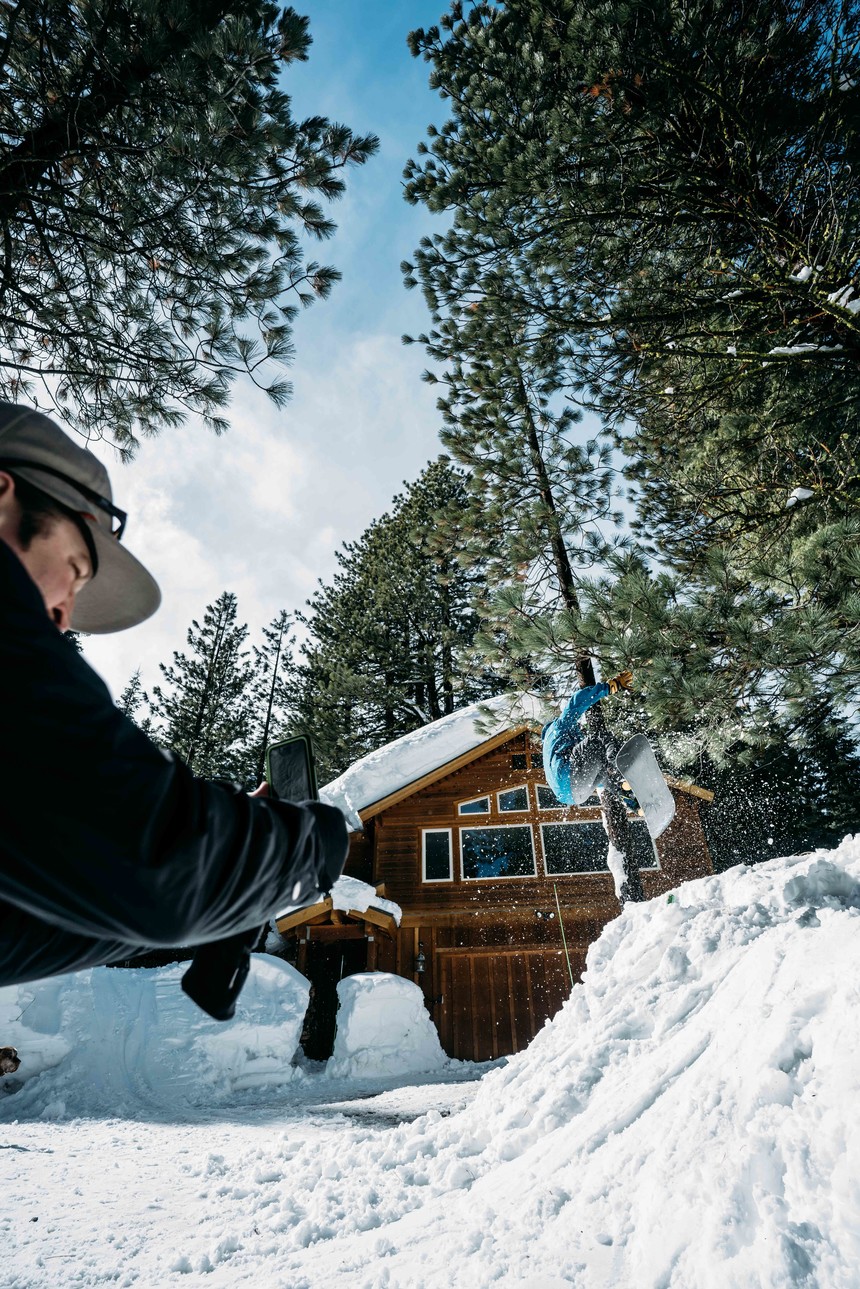 It's all about the camera angles. | Leslie Hittmeier photo.

Do the stories end up pretty close to what you expected heading into a project?

JF: Some do, yeah. There's always a bit of unknown when you go into capturing and telling a story though. For me I like to always stay open to shifts in the narrative so as to not get too focused on any one expectation. Many of the projects we do start with a loose idea and a story to tell and that evolves and changes as we get to know the subjects, topic, etc. it's an ever-changing process making these types of films and I think that's what keeps them interesting and fresh. 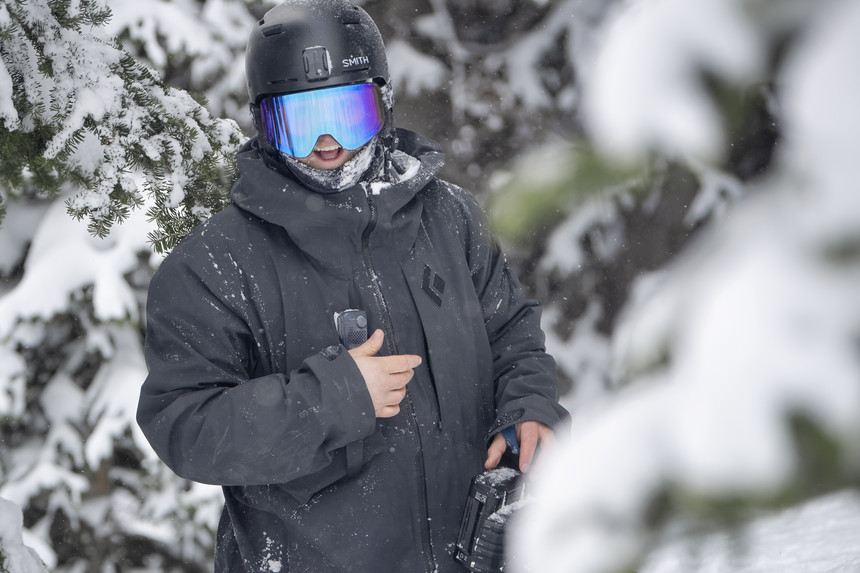 JFann is probably stoked that he nailed the shot. | Nic Alegre photo.

When you aren't in the field or the edit bay what do you do in your spare time?

JF: Yeah, when I'm not in the field or edit bay I spend my time biking, fishing, camping, snowmobiling, four wheeling, occasional woodworking projects, and just trying to spend time outside.

What was your favorite mission in the last 12 months?

JF: Oh boy, not a ton of non TGR missions this last year for the guy...but I guess New Year’s Eve was pretty rad. We sledded out to a cabin in the backcountry for some early season turns (didn't find much) snow was super low tide and unstable that time of the year. But it's always fun to have a few days of hut life, no power or cell service, just catching up with close friends, playing lots of cards and sipping whiskey was a great way to ring in 2021.

If you had a playlist of five TGR films for someone to watch on TGRtv, what's on it?

JF: Tight Loose, Blank Canvas, the Deeper/Further/Higher series, One for the Road, Soul Purpose. Give em a watch on TGRtv, available on demand with a TGR Premium subscription!

I love how even the guys behind the site do love sports and the outdoors! It makes so much more sense how most of the edits on vids and the articles are very engaging for us enthusiasts. Thanks for sharing Justin’s story! Commercial Roofing

Growing up both Navajo and white has led Dr. Len Necefer to navigate two completely different worlds and feel not fully accepted by either. One area he felt this, in particular, was skiing. The worlds never crossed. But in 2017 he decided to chart his own course by exploring how mountain sports could be used as an extension of his Navajo identity. This goal has inspired him to connect Navajo cultural traditions with the mountains he climbs and has evolved into a vessel for healing and