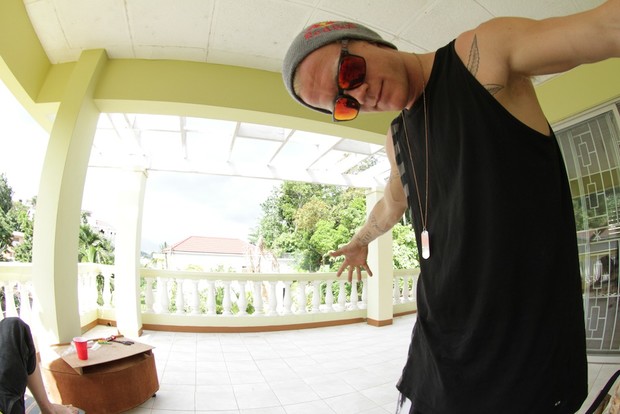 You might never expect Tanner Hall – the legendary skier, famous stoner and the world's most whole-hearted embracer of the caps lock function – to be found in the pages of The New Yorker, the record of the zeitgeist of white, nerdy, wealthy, and liberal America. Nonetheless, Hall's newfound status as the second active professional athlete to formally partner with a cannabis company – he has his own line of rolling papers and smoking kits with Black Rock Originals – has plunged him into the larger cultural conversation about marijuana in the modern era.

In Tanner Hall and the Athlete's Case for Cannabis, T-Hall talks about his career-long dependence on weed to lighten his mood and calm his nerves, telling the magazine that he was high while winning all 11 of his X Games medals.

He also – gasp! – let all American nerds know what all those locals are talking about on the chairlift when they're making plans for a "safety meeting."

Read the full article at The New Yorker.