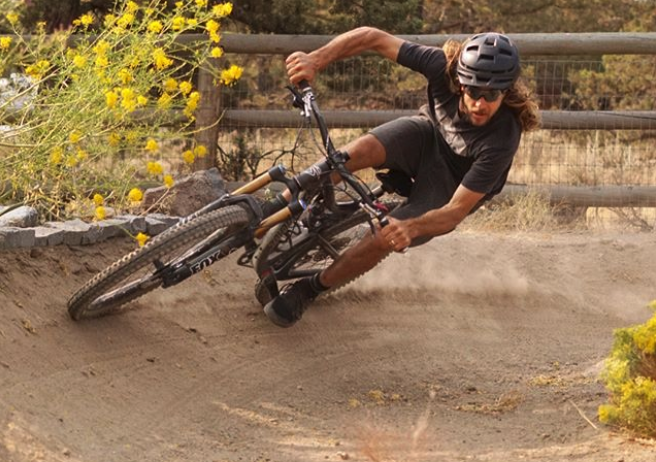 There is no arguing Sage Cattabriga-Alosa’s status as a skiing legend, known for his confidence on the gnarliest of lines, and countless appearances in TGR films through the years. While his claim to fame may be skiing, Sage is equally passionate about mountain biking, and can be frequently found riding his hometown trails and his backyard ‘pedal-track,’ in Bend, Oregon. Between his pow skiing exploits, Sage shared some thoughts with us on mountain biking, turning his backyard into a playground and more.

TGR: Can you tell us a bit about how you got into mountain biking?

SC: I started biking as a young kid. As a teenager I got my first bike with suspension, a Softride Stem-shock. It broke (surprise), so from then I was in a fully rigid world until in my early 20s, when I got a used downhill bike with six inches of suspension. I started jumping, and DH-ing, and eventually started going to Whistler. I actually biked in Whistler for eight years before I ever skied there. After DH and jumping revitalized biking for me, I started to enjoy the pedaling aspect as well. So for the past six years or so, I’ve started doing more trail biking. I enjoy the similarities to ski touring; work going up for some joy going down.

You call Bend home; what’s the riding like there?

SC: It’s all about the turn down here in Bend. Trails here are flowy and pretty fast single track that reminds me of skiing GS. It’s not the most technical of places and doesn’t have too much steepness, but there are a few little gems of jumps and gnar. The riding at Mount Bachelor has gotten better and better over the years as far as lift access too. 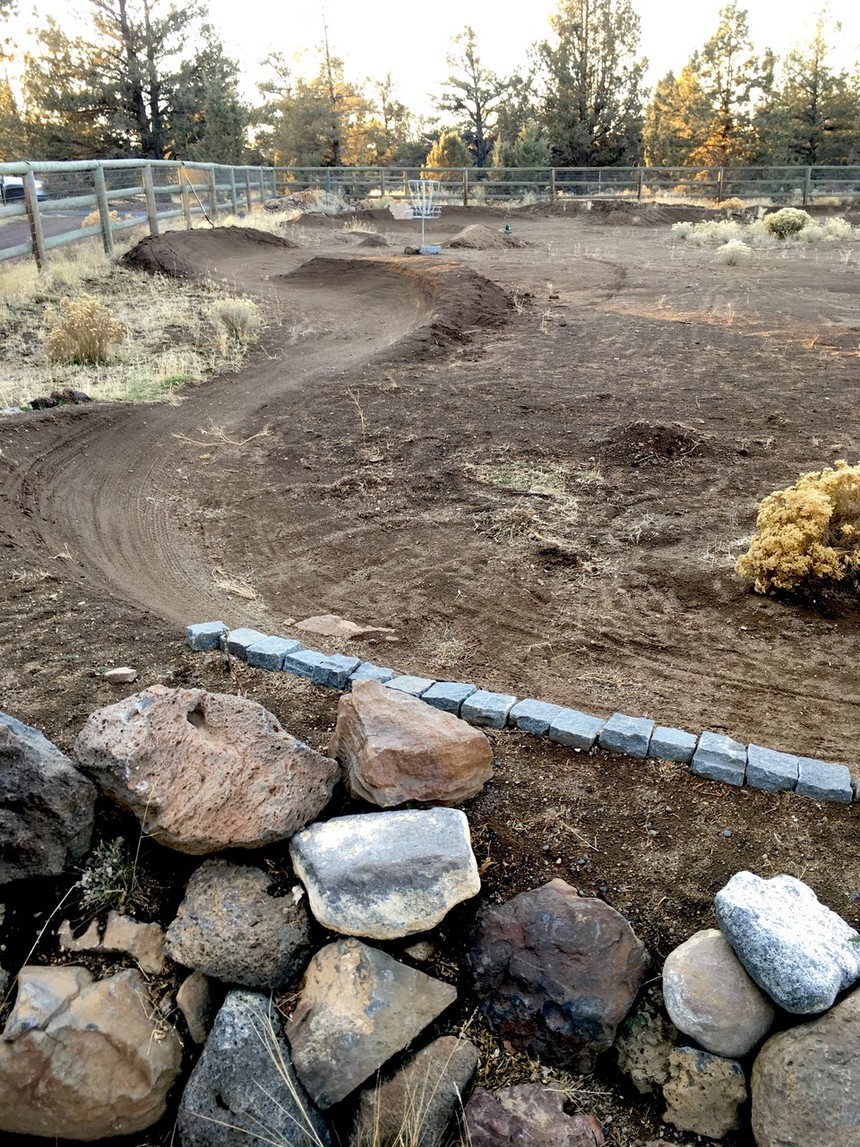 If you're looking for an excuse to ride, why not turn your backyard into a bike park? Sage Cattabriga-Alosa photo.

A little bird told us you have a pretty incredible backyard bike area; is it jumps, a pump track, or what?

SC: I call it a pedal track. It’s mostly berms, some rollers, and a few jumps, but you’re pedaling most of the time. It’s like a really bermed up cross-country loop that’s 0.1 mile, if you ride for about 20 minutes it’s 4 miles. It’s more about riding continuously, rather than the stop-and-go nature of a pump track.

There’s talk you may have a personal film project in the works that involves biking and skiing, any chance you can give us the down low on that?

SC: Biking has always been a balance of my passions. It’s something that I love to do as much as skiing. There are a lot of similarities to the two sports, and I have long wanted to put together a film project that includes biking and skiing. This year I am embarking on a little side project produced in partnership with TGR. I’m really excited to get some of my friends and people that I ride with here in Bend involved and showcase the love of biking I have, as well as how it balances with skiing.

What inspired you to build your backyard setup and when did you start building it?

SC: I always to have a little trail in my backyard. Eventually, I knew that I would try to find some land, and if I did, it would be great to have some sort of bike track on it depending on the terrain. Soon after moving in I started working on the track. I didn’t quite have enough room for full on single track, and had more than enough room for a pump track, so I just started riding in a route and then shoveling berms in by hand. Eventually I got a machine out here to build up the route I had made, and enhanced a few jump features as well.

Would you say it’s a finished project or one that’s constantly evolving?

SC: From the hand build design, to getting a machine out, it’s definitely been an evolution in building. I’ve already planned the next phase of building which will happen sometime this winter or spring. It will include a smaller more pump-able track, as well as a bunch of speed rollers that will be incorporated into the existing line, and maybe a few more jumps. While the machine is useful for moving volume, lots of hand work is still required because packing and shaping is constantly going on. It’s likely that equal time digging and riding has been spent on the evolution.

Bend is home to a handful of pro mountain bikers, do you ever ride with any of those guys? Do any of them ever come ride your backyard setup?

SC: There’s a great crew of pros here and a bunch of heroes of mine. I’m a total fan of mountain biking so getting to meet and hang out with some other ripping riders here in Bend is great. Because we all have hectic travel schedules, we don’t get to ride too often, but we definitely have had some great days. I ride with Kyle Jameson, Carson Storch, Cam McCaul, and–one of my most frequent biking and skiing partners–Adam Craig. I’ve had a few of them over to ride the track, and it’s seen quite a bit of traffic from friends and family.

Now that you have a bike track in your backyard, is that a must-have if you ever decide to move?

SC: Well, I’m not planning on moving anytime soon but if I did it would definitely be a must.

What’s your favorite place you’ve been biking away from home?

SC: There are so many great places near and far. There are some great locations over on the west side of Oregon, as well as up in the Portland area. Washington and Canada probably would be next on the list. I love the riding in Canada, and desert riding has always been a favorite. Since I got back into biking while living in Utah, going down to the desert and hitting the old Redbull Rampage site was an annual experience. That place will always have a special place in my heart. 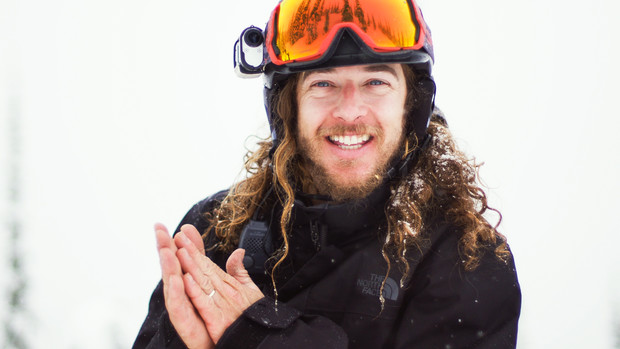 Regardless of skiing or biking, Sage is always bringing the stoke. TGR photo.

If you didn’t live in Bend, where would you move if you had to make the decision primarily on biking, not skiing?

SC: With biking or skiing, Canada is pretty much paradise. I think I probably would move there if life were just a fantasy. The reality of moving to Canada might be a little trickier, so Jackson Hole would be a pretty good spot as well.