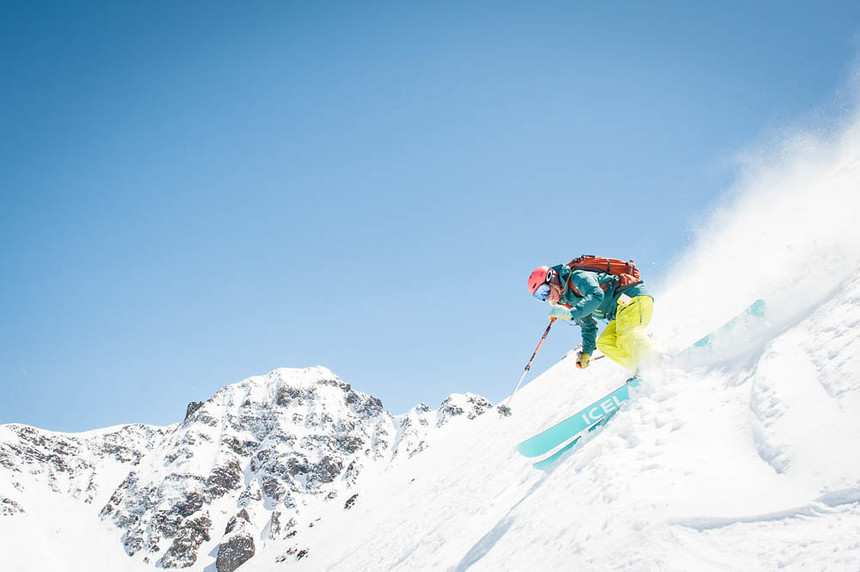 When I got into skiing eight years ago, I went with my snowboarding boyfriend because that’s what he did for a living. The good news? I eventually learned to love skiing, and my boyfriend eventually became my husband.

What happened in between? A handful of rough days spent with me in tears, and him totally confused at what just happened. It wasn’t until I skied with other women that I realized I, too, have a place on the mountain.

Women like Annelise Loevlie, the 34-year-old CEO of Icelantic Skis, are paving the way for women to have place on the mountain and the boardroom in the snow industry. By simply being herself, she proves we can rip, lead companies, collaborate with the guys, and appreciate a good glass of wine. I was stoked to pick Annelise’s brain on what life is like growing up with Norwegian roots, on running a major ski company surrounded by dudes, and ask where she sees the outdoor industry headed.

TGR: Tell us about your life growing up.

AL: Well my parents originally met when my mom was living in Norway, and my dad moved over here when he was 40, so it was a very European upbringing. I was born in Denver and raised in the mountains in Idaho Springs, Colorado. We spent every summer in Norway or Bemidji, Minnesota. 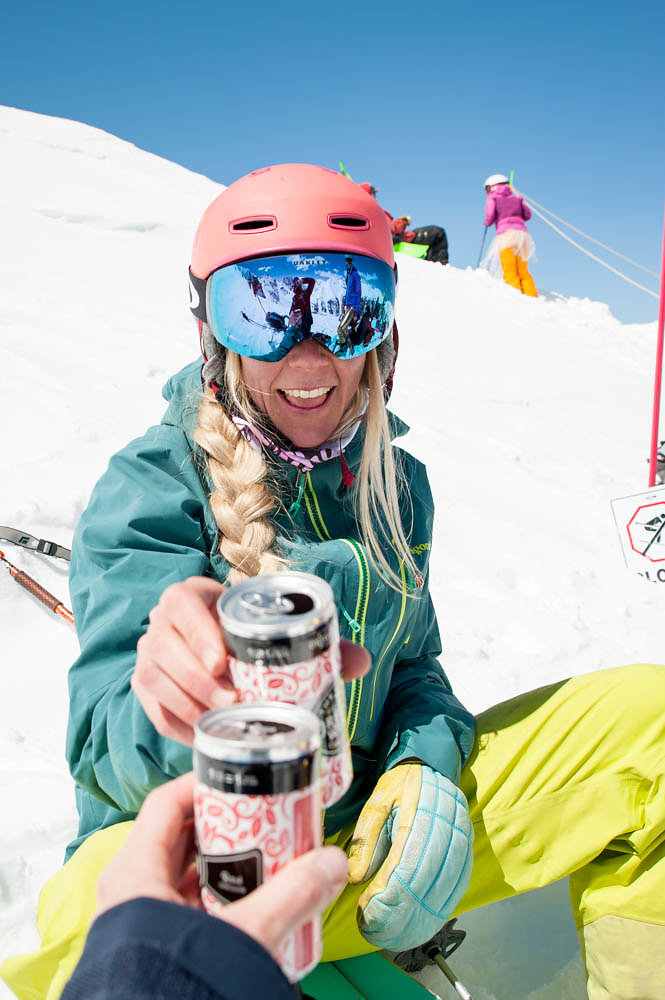 I read that you came from a family of entrepreneurs?

AL: Yeah, my parents have always run their own businesses so there was not a lot of schedule. We’d travel a lot, and I remember helping in the office, answering phones, and going to trade shows; a similar lifestyle to what I’m like now. Freedom was a big theme.

How long have you been skiing?

AL: Since before I can remember! Every weekend, my parents would go cross-country skiing, and my sister and I would get pulled in ski pulks. They would put us in the sleds with champagne and salami, and attach it to themselves or a dog. Then when I graduated from college, I went out to Steamboat, Colorado. for a year. I always knew I needed to get that out of me. As a ski bum, I really fell in love with skiing. Now it’s one of my methods of escape…. I don’t obsess about it, but when I get out there, I’m all-in.

So pre-Icelantic, post-ski bum, what were you up to?

AL: [Laughs] I was general managing five restaurants and planning on moving to Chile to study viticulture and wine. I’m still 100 percent obsessed with growing wine, but I love what I’m doing now. Wine is more of a passion—I can drink wine after I ski!

Walk us through how you went from wine to Icelantic.

AL: Ben [Anderson, Icelantic founder] and I grew up together, so I’ve seen Icelantic take shape since the beginning. He and [co-founder Travis] Parr were still in a garage, and he called to see if I could help with the business. As one of my best friends, I was happy to help…I had no idea that I would be here 11 years later! 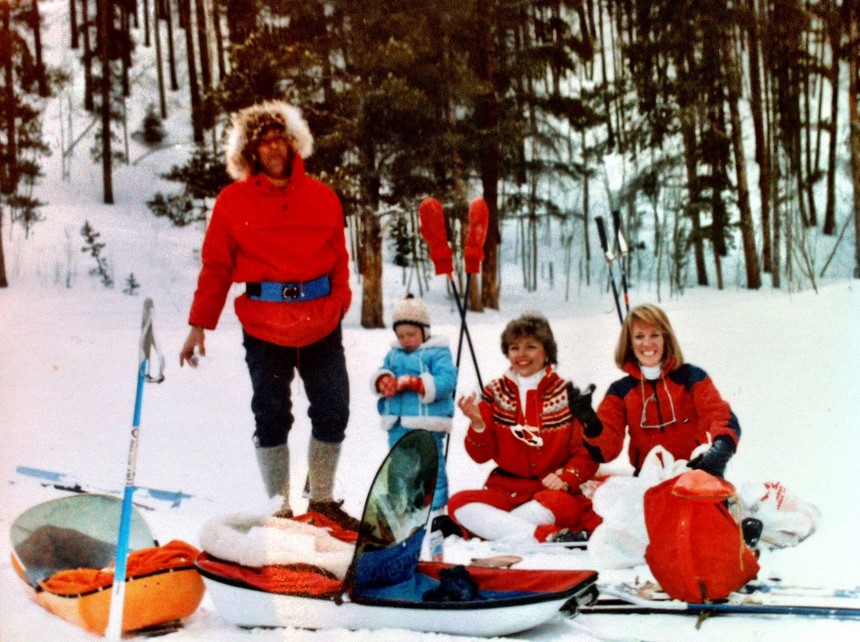 A young Loevlie and her family on a cross-country ski outing. Annelise Loevlie photo.

Is it still you and a room full of dudes?

AL: There are two other women at Icelantic, so yeah. A lot of times it’s me and a lot of dudes. A month ago, we had our sales meeting, and it was 20 guys and me and Instagramed it, “Where my ladies at?!”

AL: I used to look at it like I’m outnumbered. But now, we’re definitely all in this together, and I feel more like a woman than I ever have.

What advice do you have for other women looking to shake up the industry?

AL: The most important thing women can do is be themselves, really learn self-confidence, and speak their mind and hearts. That’s been my whole karmic lesson through all of this: Building the strength and courage to be me. Men and women present differently, even if there’s a shared goal. I think women get really intimidated by that. We’re all in this together—your voice is just as important as the next dude!

And what ski advice do you have for women?

AL: If you’re just learning or stepping up your level, I think it’s important to ski with another woman friend, or a guy, who is a friend… maybe don’t just ski with your boyfriend. Then you’re just in it for him!

I needed that advice eight years ago! What would you say your biggest impact is on Icelantic?

AL: When I took over [as CEO] in 2014, the business was struggling. I helped turn it around, and now we are in our third year of making a profit. Even more important, to me, is building a platform that can have a positive impact on the world. Our slogan, “Return to Nature” is my baby. 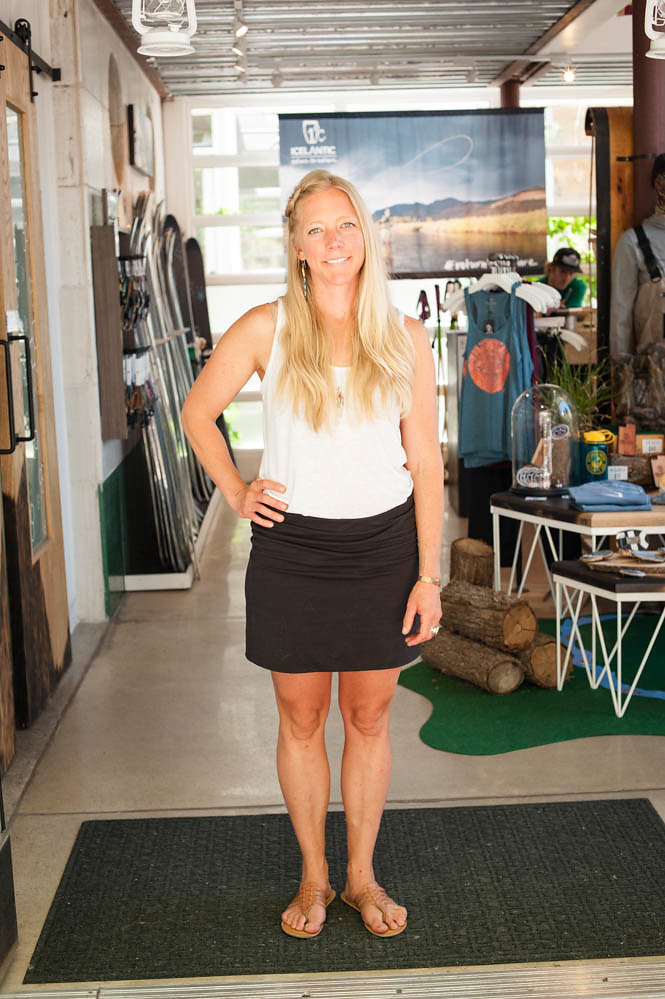 How have you seen the theme “Return to Nature” play out in the industry?

AL: I think the threat to the public lands is a blessing in disguise—it’s galvanizing the outdoor industry. It sparked a fire in me that has always been there, but I’d forgotten about it.

What are your hopes for the future?

AL: More conscious business and giving back to the land. I want to see the outdoor industry doing more outreach to inner city kids, and getting integrated into the health and educational system. I think it’s the way to save the world–getting more people outside. They say one man’s trash is another man’s treasure, but perhaps it's another woman’s canvas. That’s at least how artist Mariah Reading sees it. She’s an eco-artist who creates intricate works of art on trash she finds in the wild. Reading’s upcycled art process began in her final year of art school when she noticed that most of the art materials they were using in class were getting dumped in the trash. Rather than create more products for the landfill, she looked to the waste bin to find