Editor's Note: In honor of International Women's Day, we here at Teton Gravity Research are going through the archives to find some of our favorite content that focuses on the women who make our industry special. With the national focus on getting women into STEM careers and our internal focus on seeing more rad women shredding on the mountains, we thought, why not highlight someone who checks off both boxes? 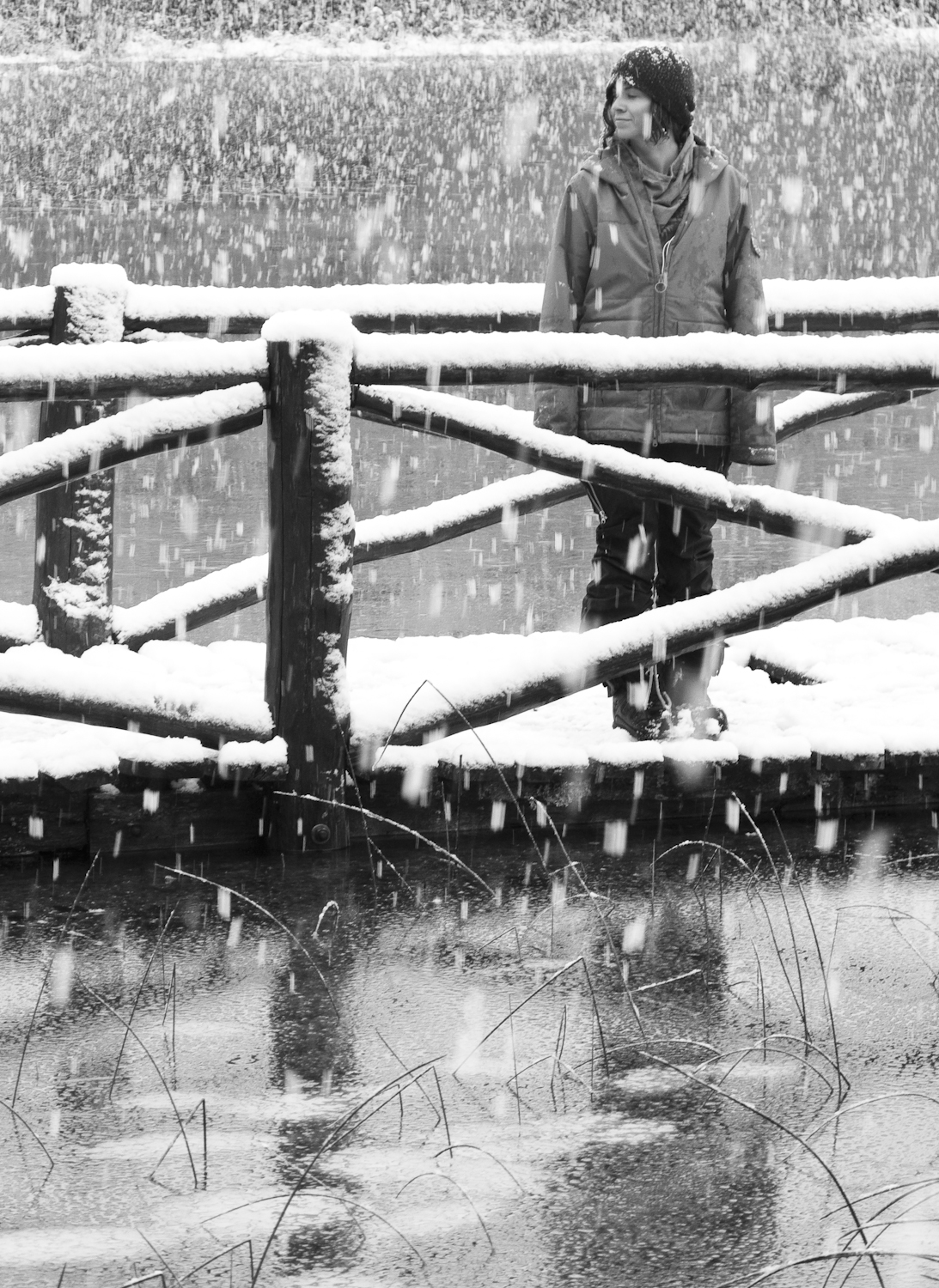 Throughout her early years in school, Michelle Tamayo wasn’t a great math student. In fact, as she says it, she was relegated to the ‘slow kid classes.’ But fast forward about ten years, she’s now a rocket scientist, working for a major aerospace company in the Denver area. She also just happens to be a badass snowboarder, aspiring sledneck, and all around adventurer.

Tamayo wasn’t thinking of NASA when she chose the University of Colorado Boulder for college. It was a choice based purely on her desire to snowboard. “I looked at all the mountain schools. I really wanted to go to Boulder, mainly for the snowboarding, she says. “I’ve been snowboarding longer than I’ve been engineering. That’s why I went.” 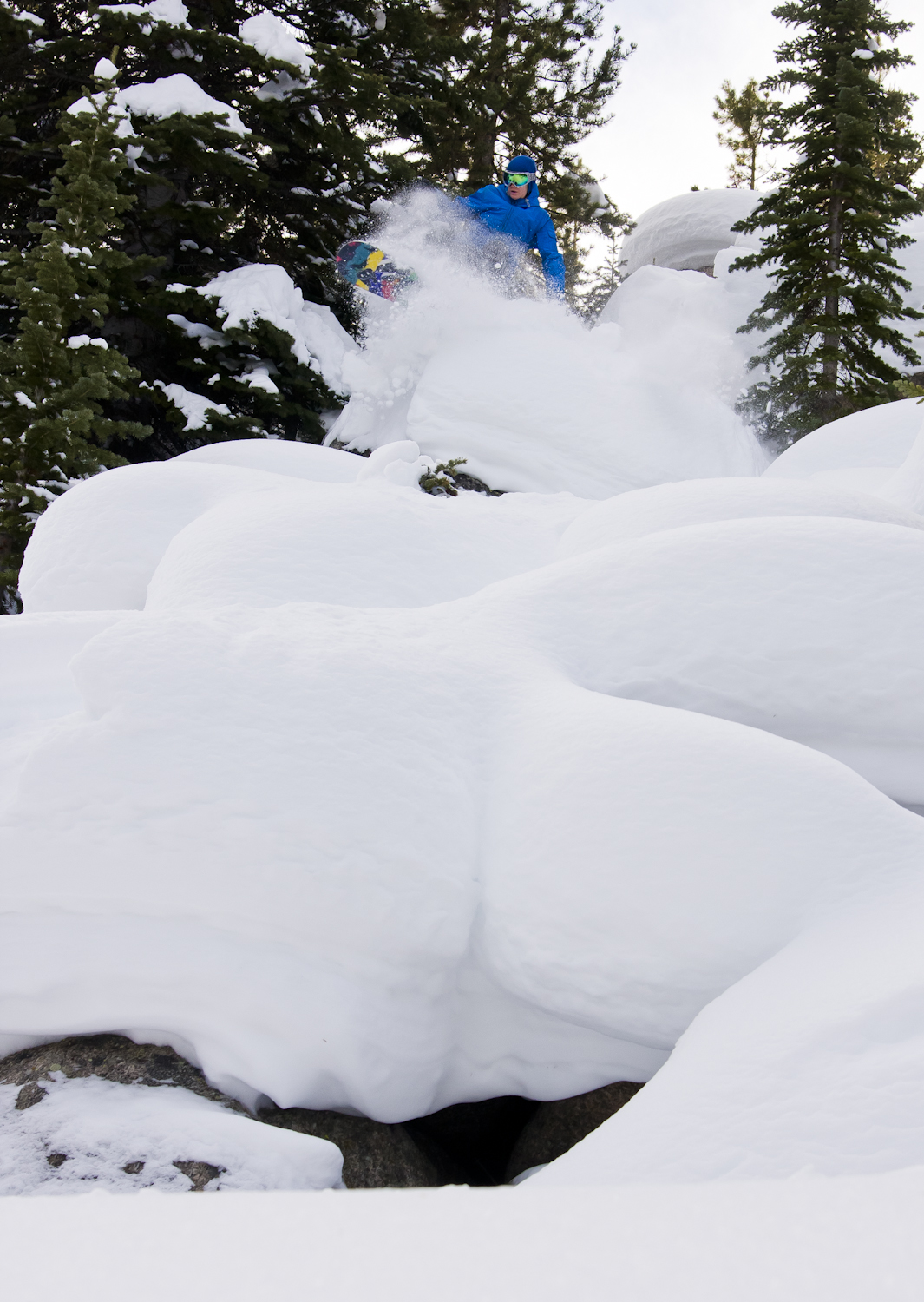 But while her career plans were not much a part of her college choices, the engineering bug subtly bit Tamayo during her junior year of high school, when she had a great teacher named Jim Vetrone, known as “Dr. V” by the students.

“He was just kind of one of those quirky scientists excited about the weird stuff. I guess I’ve always been kind of a quirky geek myself, so it just kind of resonated with me,” Tamayo says with a laugh. “He kind of opened up the option in my brain that this is something I could do.”

Going into engineering, Tamayo had no idea what she was getting herself into, having previously focused on more artsy paths. It was with the help of a recommendation from Dr. V that she got into CU’s highly selective engineering school.

“I was never an honor student in all of the AP classes or anything like that; [engineering] kind of just sounded interesting. I had no idea what I was signing up for,” she says. “But it turns out my brain works that way–I get math and programming.”

I was never an honor student in all of the AP classes or anything like that; [engineering] kind of just sounded interesting. I had no idea what I was signing up for,” she says. “But it turns out my brain works that way–I get math and programming.

Now, five years after completing a bachelor’s and master’s in aerospace engineering, Tamayo has worked for a couple of major aerospace companies doing structural analysis, basically making sure rockets aren’t going to blow up during lift off, like the SpaceX rocket, Falcon 9, did two minutes after lift off earlier this week in Cape Canaveral.

“I have a pretty cool job. I’m pretty involved in the design process. The group of designers come up with a design that they think might work with all the requirements, then they send it over to our group and we evaluate it and run a bunch of structural models to see if it’s going to break or not,” she says. “Ultimately, I’m figuring out if something is going to break or blow up. But I have a lot of mentors and people to fall back on, so it’s not just on me.”

Tamayo doesn’t make her work out to be glamorous; the majority of her time is spent crunching thousands of number and creating models on the computer. But if it weren’t for people like her, there would be a lot more rockets exploding. 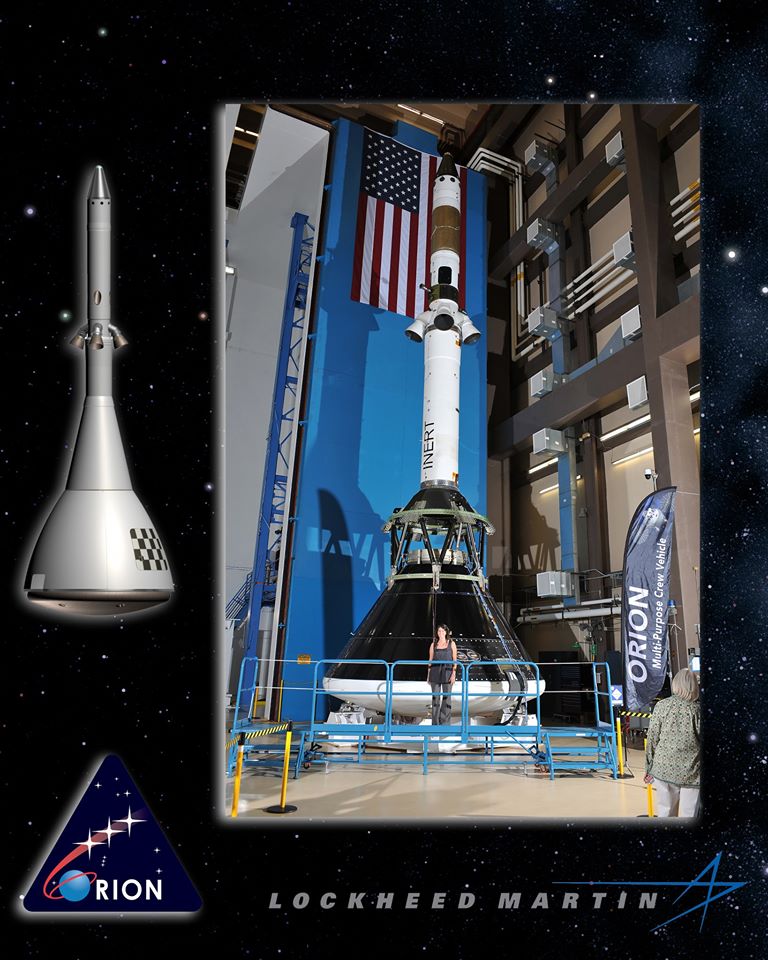 According to the  National Science Foundation, in 2013, only 12,000 of 96,000 aerospace engineering jobs are held by women, putting Tamayo in an impressive position. “I get along with the guys I work with; I’ve always been a tomboy and hung out with guys, so it’s actually easy for me,” she says. “I’m just used to it being all dudes and being the only chick. I sometimes look around in a meeting and realize that I’m the only chick in the room.”

“I think that it’s a huge accomplishment. I worked my ass off and I deserve to be in the seat I’m sittin’ in,” she says. “I’m grateful, super grateful, to be sitting in the chair I’m in with the smartest people I’ve ever worked with.”

As someone who had help along the way, Tamayo thinks that pushing STEM education is important. “A little PSA: go donate some time to STEM education,” she says. “It’s a good way to give back. Go hang out, tutor some kids. Even if you don’t know math, you probably know more than they do.”

Tamayo would someday like to travel to space herself (a pilot’s license is higher up on her bucket list), and human space travel is one of the driving factors keeping her motivated at work. “I’m sure there are a bunch of types of engineering where I could do the same thing day to day, but human space flight is just really exciting to me,” she says. “It keeps me motivated because it can definitely be a hard, grueling job. Just having that motivation and kind of that inspiration of taking our nation and humanity another step forward keeps me going.”

While studying at CU Boulder, Tamayo joined the snowboard team, where she continued pursuing the passion that led her there. During her time on the snowboard team, she had the opportunity to travel to Austria, Jackson Hole, Mt. Baker, and Wolf Creek. She raced the Legendary Banked Slalom, rode in a CU halftime show, and even claimed a spot on the USSA’s First Team All-American for women’s snowboarding. 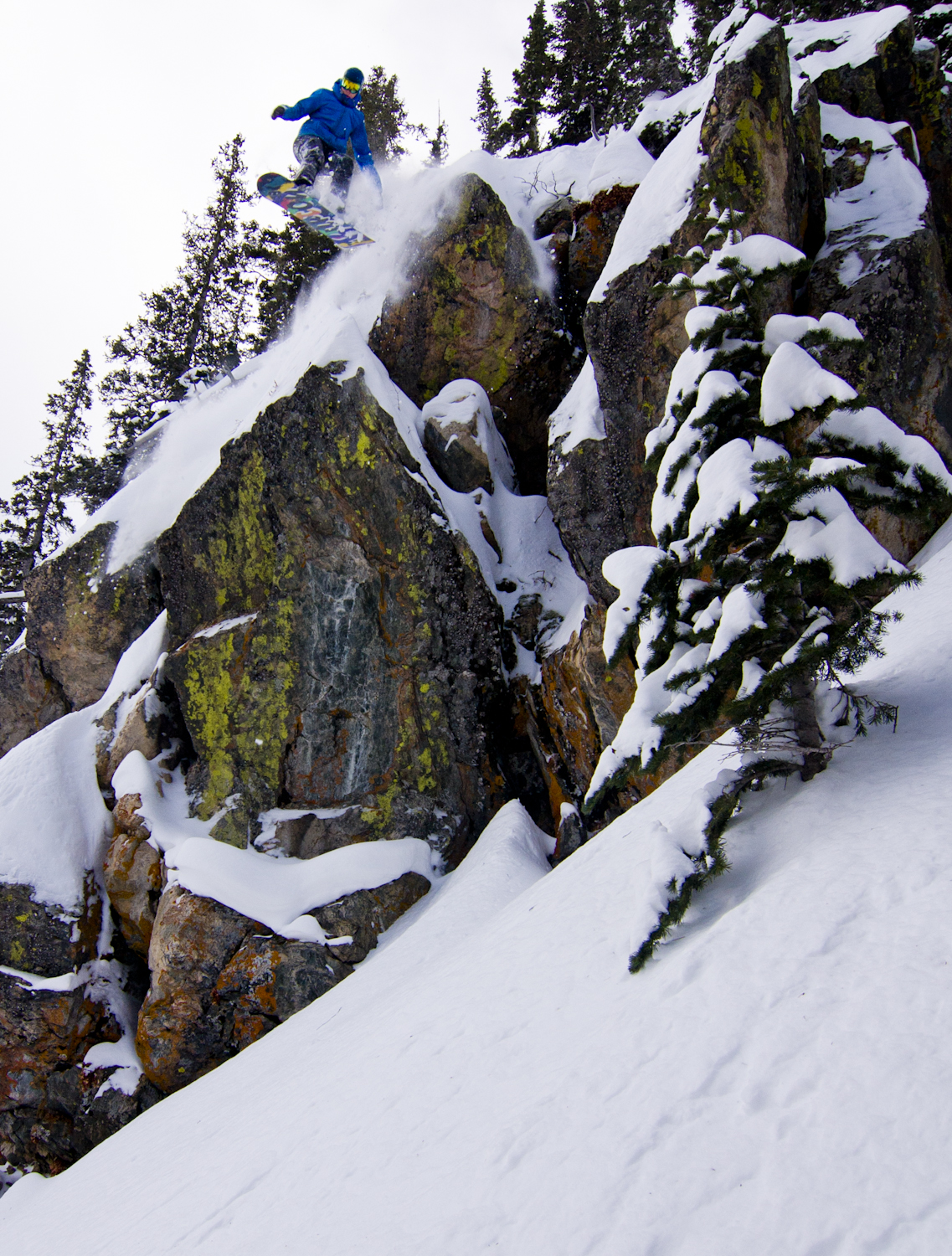 Starting out, Tamayo rode a lot of park, but has since transitioned to the backcountry. “I kind of started in the park. Eventually Pat [Abramson] got some snowmobiles and brought us to Jackson and Baker. Once I started doing that, there was no going back.”

Abramson, head coach of the CU Snowboard Team and seasoned pro, was someone who influenced Tamayo during her time with the snowboard team. “He’s just one of those people, like my physics teacher, who is genuinely excited about what they’re doing and that just totally makes the whole experience for you,” she says.

After graduation, Tamayo used her experience with the CU team to land a month-long internship as a tail guide with  SASS Global Travel in Argentina. “That on-snow internship was the best month of my life. I got to hike lines, build jumps, and ride backcountry every day with some of the best guides in the world,” she says.

Tamayo translates the skills she has learned through her time in the backcountry to the idea of someday traveling in space, and thinks that they are beneficial and put her a step ahead.

I think all the backcountry sports really give me a competitive edge, just being able to be out in the middle of nowhere and someone has a broken leg or their gear breaks on them, just having that prepared, survival attitude and being able to stay calm,” she says. “Riding snowmobiles and doing shit out in the middle of nowhere sort of prepares you for that.

Not only does Tamayo get rad in the backcountry, she does it safely with a Level 2 avalanche certification and wilderness first-aid certification, which she hopes to upgrade to Wilderness First Responder in the near future.

‘Shit out in the middle of nowhere' for Tamayo includes pow booters and creek gaps, memories that she cherishes fondly. “There was a really fun day, with kind of a crazy setup,” she says. “There was a gap over a creek to flat, almost like urban backcountry. I got a good grab in and exploded on the landing. I like being creative; you can just do different stuff in pow.” 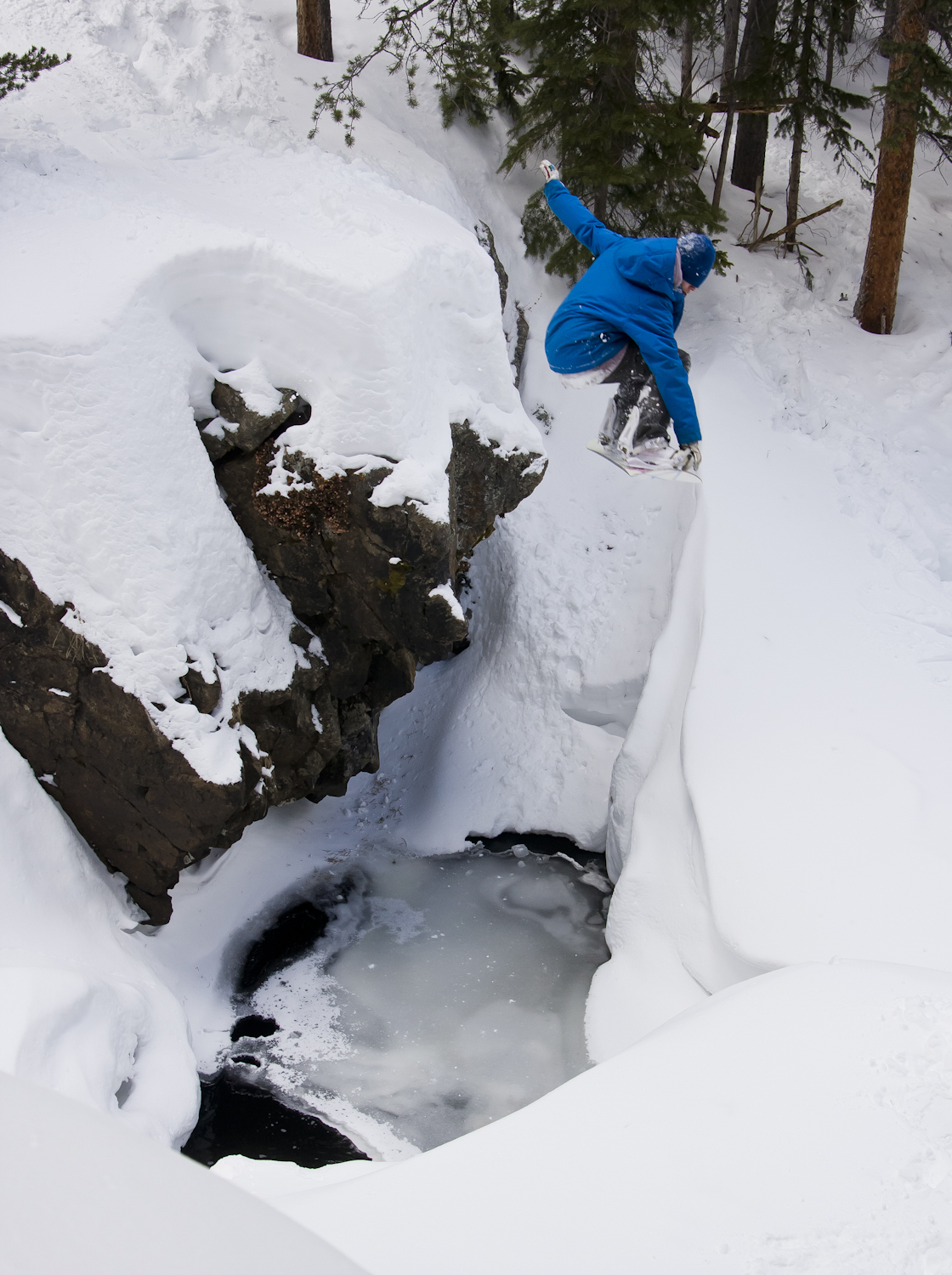 Getting stylish with a grab over a rad creek gap in Eldora, Colorado. Ben Girardi photo.

This past season, Tamayo got out on her Polaris 700 a bit more than her recently upgraded splitboard, but wants to refocus on snowboarding in the coming season.

“I’ve started getting into snowmobiling more lately and that kind of takes away from snowboarding, so I’m kinda sad about that,” she says. “But I’ve been getting a lot better at snowmobiling; it doesn’t just drag me around wherever it wants to now. My favorite thing ever is still just getting out in the backcountry, building a jump, and hucking into pow. I’m hoping to build more this year.”

Another of Tamayo’s other goals is taking some time off work to take on an internship at Colorado’s Silverton Mountain and get ready for a possible heli-trip to Alaska. She is also working her way up the vehicle chain, thinking that tackling a dirt bike is in her near future, then a plane, and maybe someday… a rocket. 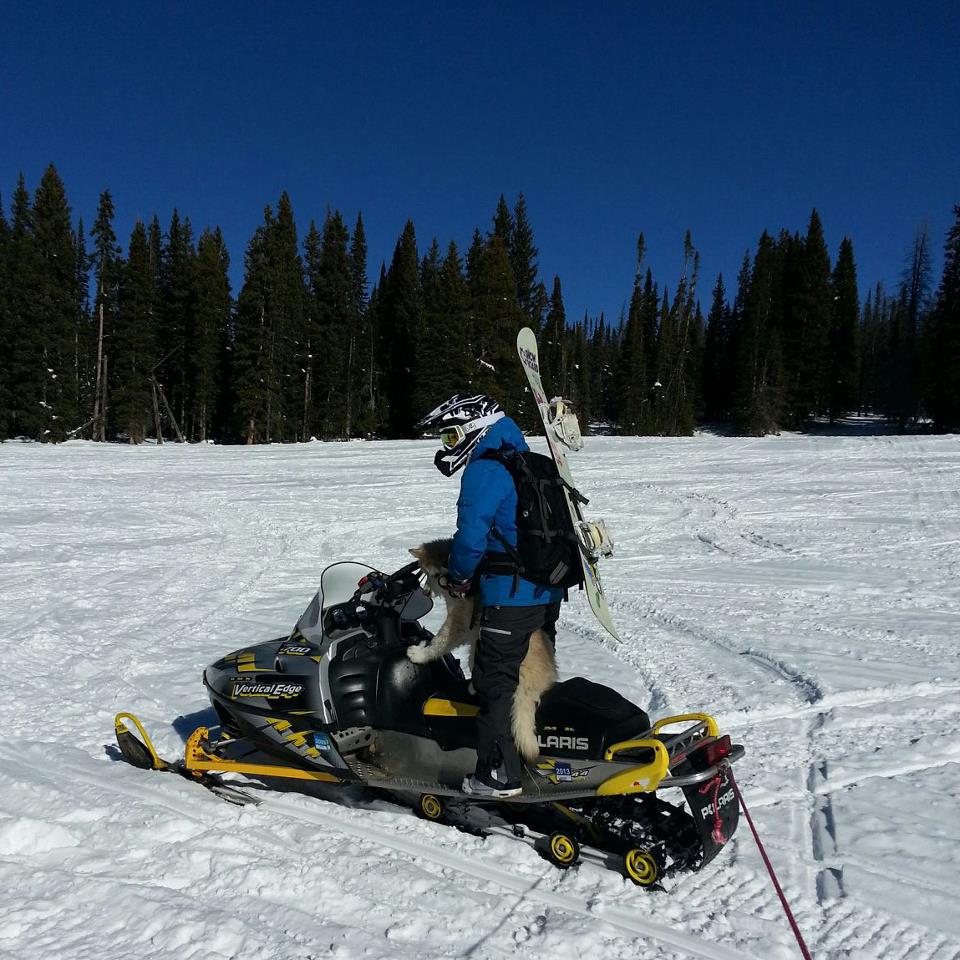 There was not a Falcon 9 explosion recently.  Get your sh#t together TGR.