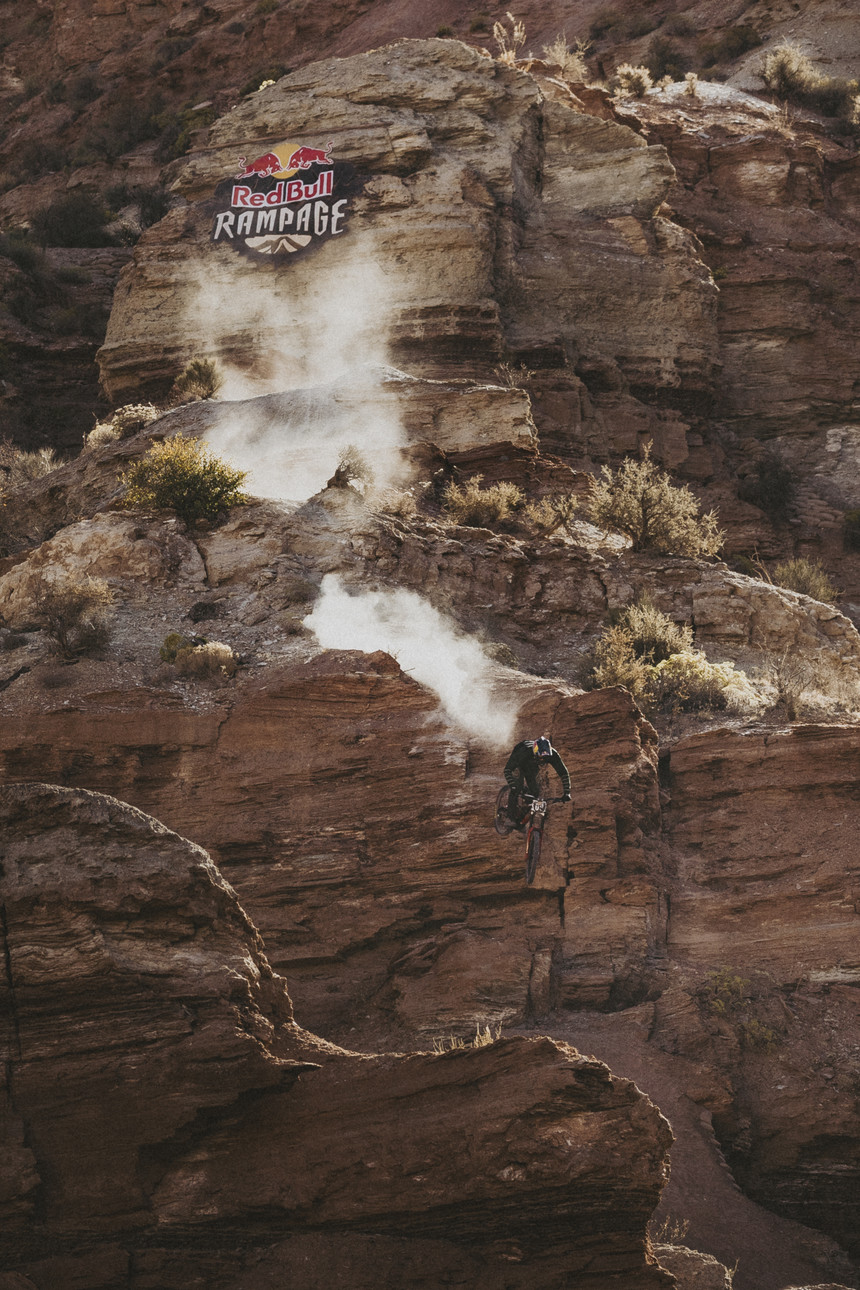 Each October, the freeride MTB community looks forward to watching the biggest names in the sport ride some of their biggest lines at Red Bull Rampage. The riders spend the days before the event cutting a course into the rocky hillside to show off their talent. But Virgin, Utah will stay quiet this year. Red Bull opted to cancel this year’s Rampage due to concerns surrounding COVID-19. Luckily, we’ve compiled some of our Accomplice athlete’s best rides from previous years so you can still get your Rampage fix this weekend.

First up is Andreau Lacondeguy. The Catalonian rider took first in 2014 with a clean and stylish run that included a massive backflip into a whip off one of the course’s wooden ramps.

Next is a Rampage veteran and last year’s winner, Brandon Semenuk. After crashing the year before, Semenuk sought redemption, and boy, did he get it. Here’s his winning ride from Rampage 2019.

Cam Zink is no stranger to freestyle mountain biking. He’s competed and won titles in events like Crankworx, X-Games, and FMB World Tour. He came in 2nd at Rampage 2017 landing a backflip and a 360 in an overall very clean run.

Graham Aggasiz makes suicide no-handers look like a breeze. In this POV of his 2015 third place Rampage run, the BC native rides one of the gnarliest courses out there as a natural.

Ethan Nell’s Fox page says that if he wasn’t a pro biker, he’d be a helicopter pilot. That certainly checks out in his 3rd place 2017 Rampage run. The Utah local had a run that combined skillful riding of both big features and tricks.

Kurt Sorge’s winning run from 2017 is just that. He stomps a suicide no-hander backflip, need we say more?

Another POV clip from Tyler McCaul’s fifth place run in 2019. The joy coming from McCaul throughout this whole run is exactly how we feel riding bikes too.

Bend, Oregon’s Carson Storch’s 2016 third place run is a thing of beauty. Between starting on that exposed face and landing a 360, we think his pup Bentley would be proud.


Hopefully, this helped to tide you over until Rampage 2021. Catch all of these athletes and more in TGR’s Accomplice, available for download now.