Every winter, gear companies showcase their latest innovations and offerings loudly and proudly at international tradeshows like ISPO, OR, and SIA. A barrage of media coverage ensues to make it crystal clear that whatever it was that you spent all your extra cash on for new gear just a few months ago (i.e. this ski season) is already totally obsolete. If you don’t have the latest, lightest, glossiest, most up to date gear from head to toe, you’re next in line for a feature on Jerry of the Day.

Yet, the vast majority of gear headlines are incremental tweaks to gear that was already fun, useful, and good at getting its job done. It’s not that often that someone brings a truly ground-breaking piece of equipment to the market. However, when something that really shakes up a category hits the industry, it’s good. Sometimes so good, it can hardly be improved upon. So, after its debut, you won’t see it in the headlines for the latest and greatest, because the gear in this category just hangs out, unchanging season after season, being quietly superior.

We’ve taken the liberty of flushing out a few of these gems…some more known than others. 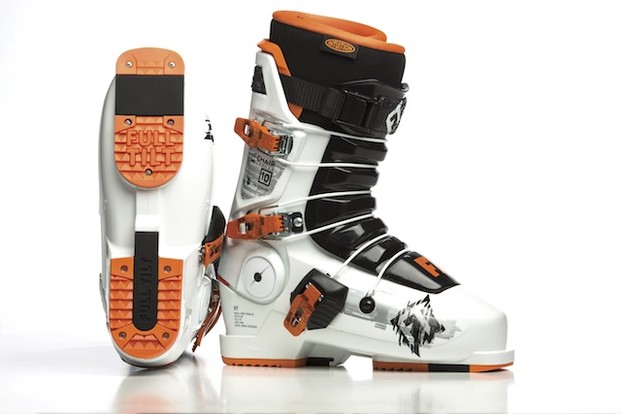 This boot hit the market in 1981, using 1970’s space-age technology from NASA, which is still more thoughtful than most 21st century ski boot technology. Conceived when a couple of NASA engineers went to work at an R&D firm led by former ski racer Eric Giese, the boot concept looked, well, weird, so no one wanted to produce it. Eventually, Giese convinced Swiss brand Raichle to do so. The resultant lighter than average alpine boots, progressive tongue flex, three-buckle, three-piece design has remained mostly unchanged since then.

After a hiatus from the market due to questionable business management, during which die-hard Raichle Flexon fans like Seth Morrison had to buy old boot parts off EBay, K2 bought the molds and brought them back to market. They produced the same version as the original, restarting ten years ago under the name Full Tilt, which has a team roster of some of the biggest names in park, big mountain, and freestyle. Its tradeshow booths and products look the same year after year… and the boot still looks kind of weird, but hey, it’s hard to improve upon genius. 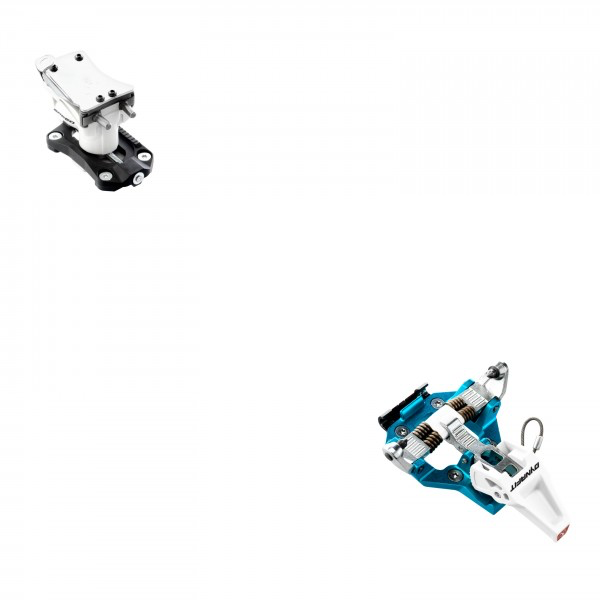 When Fritz Barthel, a mechanical engineer, made a lightweight binding in his basement in Austria for ski touring, he called it the Low Tech binding, and joked that the progress was because he, a lazy man who wanted to climb mountains, was looking to make something easier. His mechanically simple concept utilized two pins in the toe of a ski boot, and two pins in the heel for downhill performance.

Like Giese’s boot protoype, the Low Tech looked suspicious and weird, and no one wanted to produce it. Long story short, Barthel kept at it, with the first production models appearing in the early 1980’s. Although it took twenty five years, partnering with ski boot company Dynafit, and the eventual support of badass freeski athletes like Eric Hjorleifson, the Low Tech/Dynafit bindings are now trusted (even coveted) by many freeskiers and the mainstream ski media. Today – even though Barthel’s patents have run out – Dynafit is still the leader in the tech binding category, with all bindings still utilizing the two toe and heel pins.

The Speed Turn 2.0 has been in the line for a long time, and is just about as simple, light, reliable, and true to the original low tech concept as you can get. 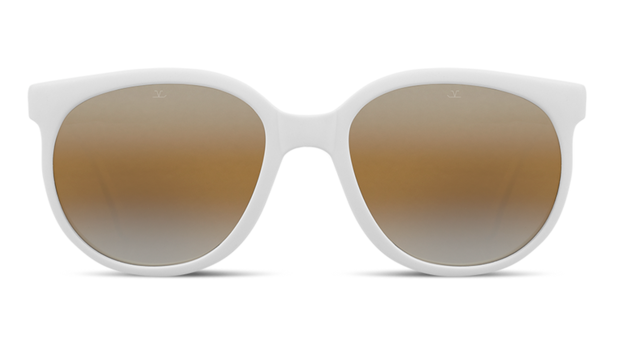 Sunglasses have only two real requirements: provide eye protection, and help you to look super cool at the same time. This makes you optically safe and totally happy (because looking cool is happiness), something France’s Vuarnet has provided to French people for fifty-five years.

Beyond these basics, modern shades today offer everything from brighter colored vision, total UV eye-protection, to mood-enhancing light-filtering abilities. It’s terribly confusing. So back to the simple, effective Vuarnet, which has conveniently decided to re-launch in the US after a 20-year absence – with its unchanged styles and lenses from 1960. The original 1960’s 02 frame with Skilynx (note the name, which clearly cannot be improved upon either) high-clarity, scratch resistant mineral glass lens is still the star of the collection. 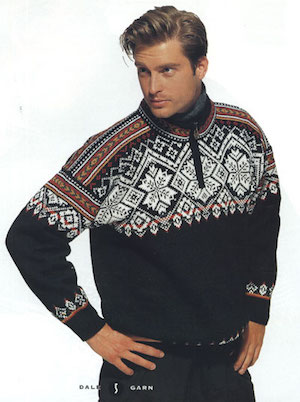 Sure, your new fleece/micro puff/synthetic breathable or otherwise techy layer is kind of cool, but is it going to last? Dale sweaters have been the same since 1879, the patterns much older, and are basically unimprovable. The wool sweaters come from somewhere near the Arctic, where people love snow but also need something to do when not skiing (knit, apparently), and need some festive patterns to cheer themselves up when it’s too dark to ski. Barring the fact that the modern day price of said sweater is a little above what you, 21st century ski peasant, would spend on a mid-layer, it’s a piece of gear that is going to last a long, long time, make you the absolute star of aprés, and, being pure natural wool, won’t shed tiny pieces of nylon and micro-plastic bits into the water supply (presuming you wash your clothes occasionally) which will then wash out into the oceans and wreak havoc on the global marine biosphere. 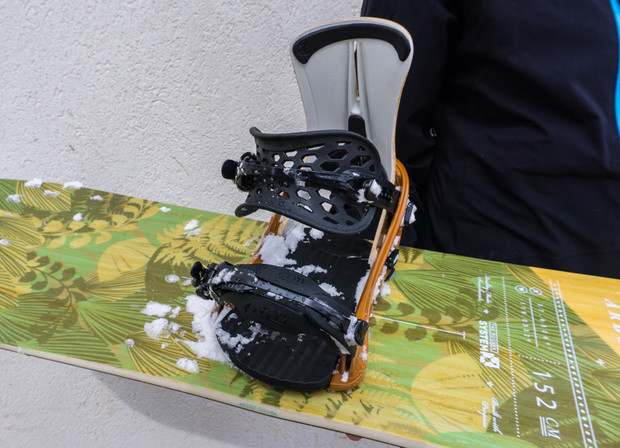 The high back snowboard binding has undergone only minor tweaks since its introduction years and years ago. Ryan Dunfee photo.

According to industry insiders, 80% of snowboarders are too high to pay attention to what’s coming and going in the industry, believing what they have works really well already and makes life easy without having to freak out from season to season. Of course, they’ve always had a unique attitude, and although it’s worth noting that gear-wise, snowboarding has actually come a long way via incremental tweaks, the one constant that so far no one – despite some valiant attempts – has been able to improve upon is the high-back binding with the ladder and ratchet system.

In the opening scene of 1984’s Hot Dog the Movie, the first thing viewers see is Harkin Banks, dashing ski star, clicking into his Look Pivot Hbindings. He goes on to crush throughout the movie, as one cannot but help themselves when wearing Look bindings.

Arguably the most coveted, badass, reliable and simple of all the alpine ski bindings, Looks got their start in the post WWII-era, were refined in the 1950’s, and have been more or less the same since the 1960’s. Today, nothing really needs to be changed on the Looks, another heartening example of perfect, thoughtful skier engineering.

Well done. The original Look Nevada system was devised by Jean Beyl and turned out to be about 35 years ahead of its time. See https://www.skiinghistory.org/history/release-history-safety-bindings

The original Flexon boot was cobbled together by Sven Coomer, who had designed the original Nordica GP (after which nearly all modern race boots are patterned). He showed it to Erik Giese, who put ex-NASA engineer Dixie Nohl to work on it, then showed it to Raichle.  See https://www.skiinghistory.org/history/origin-three-piece-ski-boot#overlay=node/174/edit

Meet Gary. He's not a person, but an extra delectable 3,000-foot spine featured in Travis Rice’s recent project . The line is part of the infamous Wizard face in Alaska’s Tordrillo mountain range, and Mark Landvik is credited with scoring the first descent. According to Rice, the zone’s riding is as good as you can get for big mountain snowboarding. If you’d like to see more of Gary you’re in luck. r is now available on Amazon Prime for FREE. Get ready to stream that bad boy while ordering