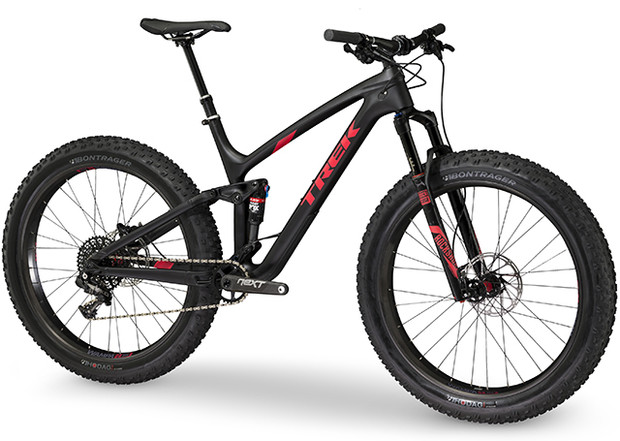 First a programming note: TGR will be releasing its long-term review of the Farley 9.8 in a week or so. Spoiler: it's fabulous.

And now: the fat bike juggernaut shows no sign of slowing down, and people are demanding them in more sizes, shapes and weights than ever. In my last conversation with Trek, they made sure to let me know it's their fastest growing category and that their retailers can't keep them in stock. AND, they are selling most of them for straight-up trail riding. 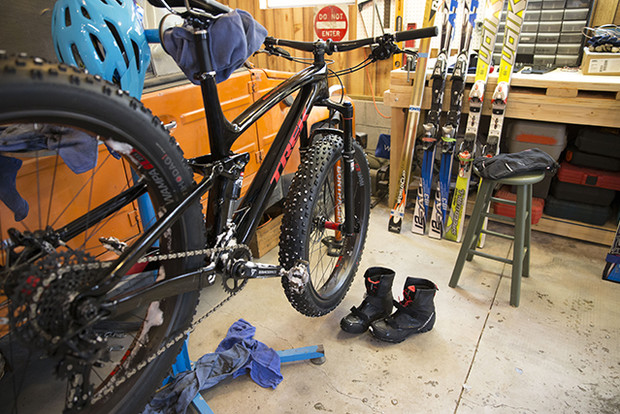 Wipe it down, it's ready for summer. Trek photo.

So now, the Farley EX brings 120mm of smooth, efficient front and rear suspension (if you've ridden Trek's RE:activ damper tuning you'll know what the deal is) together with extra-grippy and fast-rolling 27.5 x 3.8” tires. And options for 4.8" on some models.

Not much was off limits on the full rigid Farley 9.8 we had at TGR all winter, so we're super curious to see what this can do. Of couse, all these bikes have an eye toward reducing weight wherever they can - especially around the wheels.

We're all aware the EX is not the first full suspension fattie, but it is a significant evolution because it's geared towards high-performance trail riding first, and snow and sand riding second.  It's light, it's got wheels and suspension dialed.  And that together was a tough (if not impossible) ask in the past. 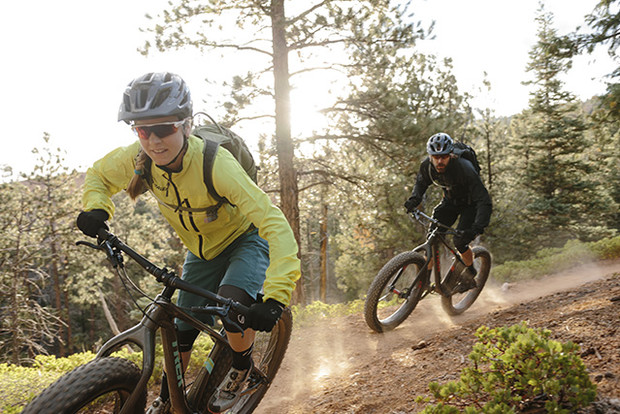 The Farley EX will be available in a lightweight Alpha Platinum Aluminum model and an even lighter OCLV MTB carbon model. They'll all be available around fall. The EX 8 will retail for around $3,499 and the EX 9.8 will sell for $5,499. 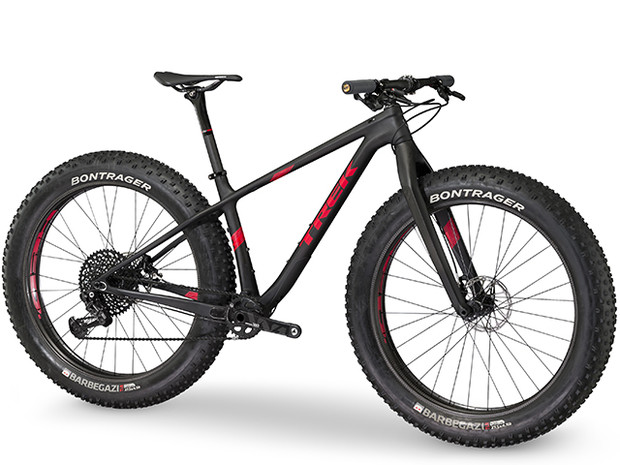 Last weekend, I raced the first XC event of the local Root66 series, and the fatbike categories were packed. So, for the purists who still want light hardtails and maximum efficiency (not to mention the plushness that a 9 psi high volume tire adds), there's Farley hardtail in regular flavors and a new flyweight 9.9 model with more carbon for more speed. It's freaking 22 pounds. Let that sink in. 22 POUNDS!  I've never had an XC race bike that light. 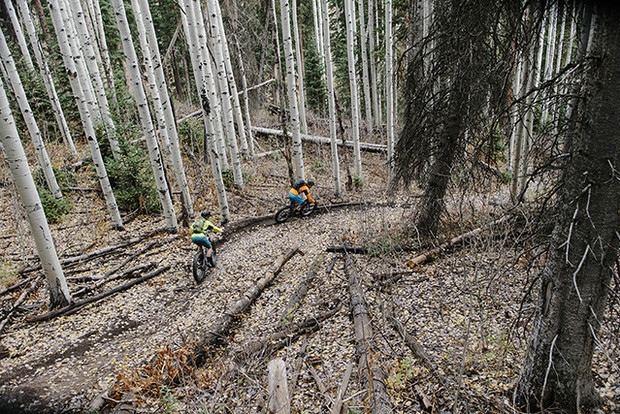 I personally felt the rigid 9.8 was a fantastic trail bike. The new Farley's range from $1,700 all the way up to the 9.9's eye-popping $7,499. Yes, it's expensive (the 9.8 is in the mid $4k range and just under 25 pounds). But damn, after having ridden the 9.8 and been pretty amazed by it, if the 9.9 isn't the lust object of the moment, I don't know what is. These guys are great at pushing the capability envelope of any category they put their hands on.

Guys, where did you get this info? I have read elsewhere that it is 32lbs! Thanks :-)

The new full suspension Farley EX isn’t on the TREK site yet, weight on the highest spec is correct at 25lbs. The Farley 9.8 rigid for last season was also 25 lbs, but has dropped to 22 for the new highest spec. on that bike. Info came on the data sheet sent to us by Trek.

Thank you! Thats great news for me as have one coming soon

Slab City is a single black diamond trail located at Sentiers du Moulin, a fast-growing enduro mecca located just 15 minutes outside of Quebec City, Canada. The trail bears its name from the off-grid Californian community and reflects the unique experience anyone will have venturing past the trailhead. Only punctuated by a few ladder bridges and some rock arrangements, the trail truly feels like you are riding down a mile of continuous rock, weaving its way through the forest. Its porous

Who's ready for some bike park laps this summer? Katie Lozancich photo. Bike season will go on, thanks to a new announcement from Grand Targhee Resort that they’ll be opening their bike park for the summer. Things won’t be completely the same, with many of their popular events like Targhee Fest and The Bluegrass Festival canceled due to COVID-19 concerns. But despite these challenges, the resort has been working on a summer operation plan that aligns with state and local health guidelines