Since its beginning, freeride mountain biking’s ultimate event – Red Bull Rampage – was an exclusive, invite-only affair reserved for the best riders in the world. These days, with an ever-growing pool of riders with the skills and dedication to make it to the top spots, choosing who gets to go has gotten much more difficult. This year, for the first time ever, riders were given the chance to qualify for the final three wild card spots at the inaugural Marzocchi Proving Grounds event held outside of Bend, Oregon.

The massive course, constructed by a team of builders headed up by Todd Barber (the mastermind behind Rampage), was a combination of old-school freeride and new-school slopestyle features. Starting off with some good old-fashioned ladder drops, several line options twisted down the mountainside into a series of massive gap jumps and more wooden drops down low.

On competition day, high winds and a torrential downpour put the show on hold for several hours. After watching some of their friends crash, and the course conditions change drastically, athlete’s nerves were pushed to the limit. Casey Brown and Conor Macfarlane both looked on top of their game during practice, but crashed hard in the wind during their first runs, and pulled out of the competition. 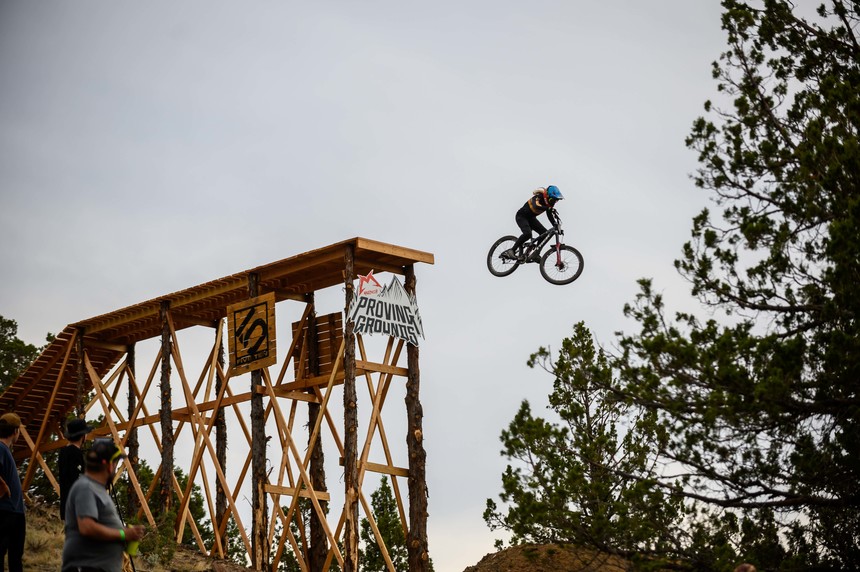 Finally, after waiting out the wind and the rain, the skies cleared just before sunset, and the show finally resumed. After all was done, Reed Boggs, Johnny Salido and DJ Brandt took home the trophies and their respective entries into Red Bull Rampage. A separate Best Trick award was given to Bienve Aguado for a massive front flip off the cannon drop that left everyone’s minds blown. 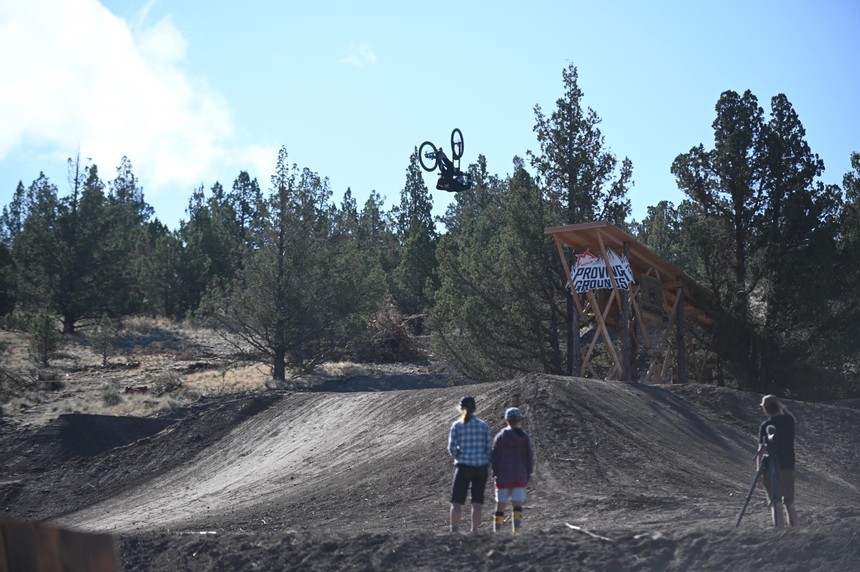 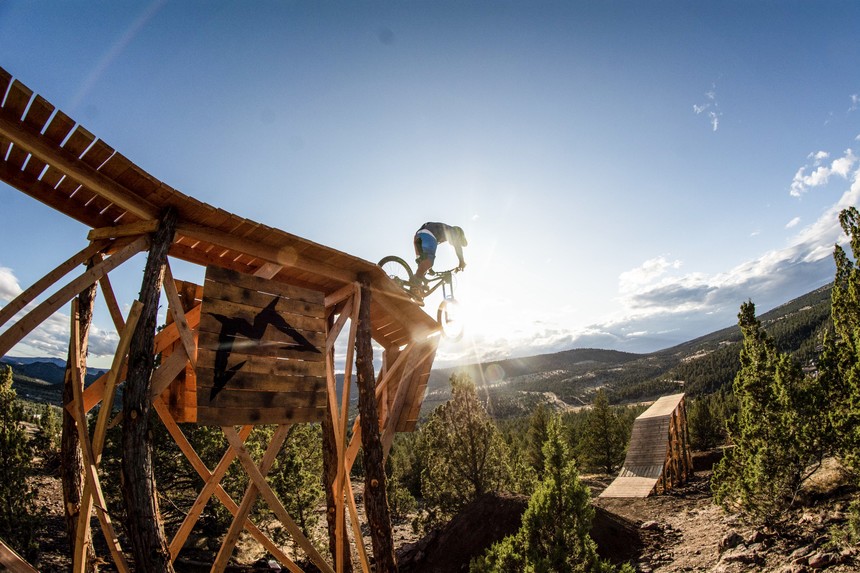 The skies cleared just in time for sunset and for Nicholi Rogatkin to get his first run in. Max Ritter photo. 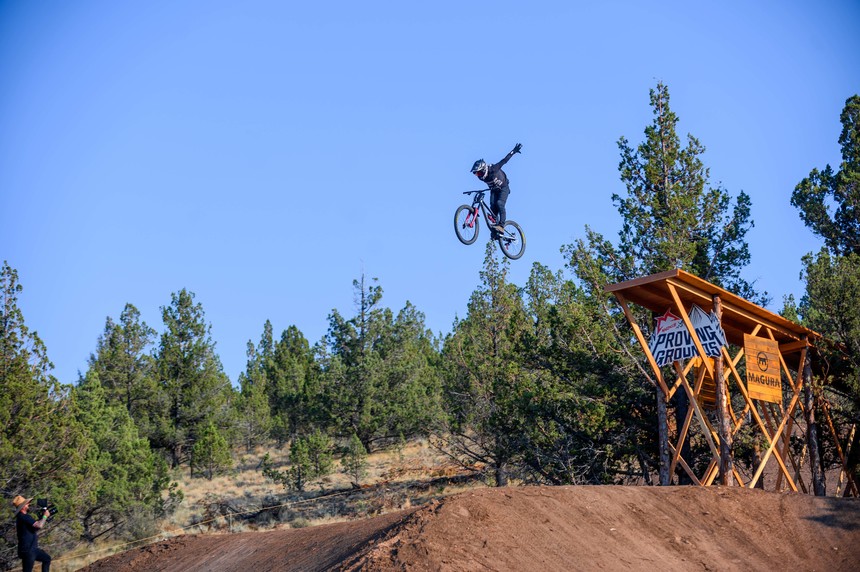 William Robert styling it out on the cannon feature. Max Ritter photo.