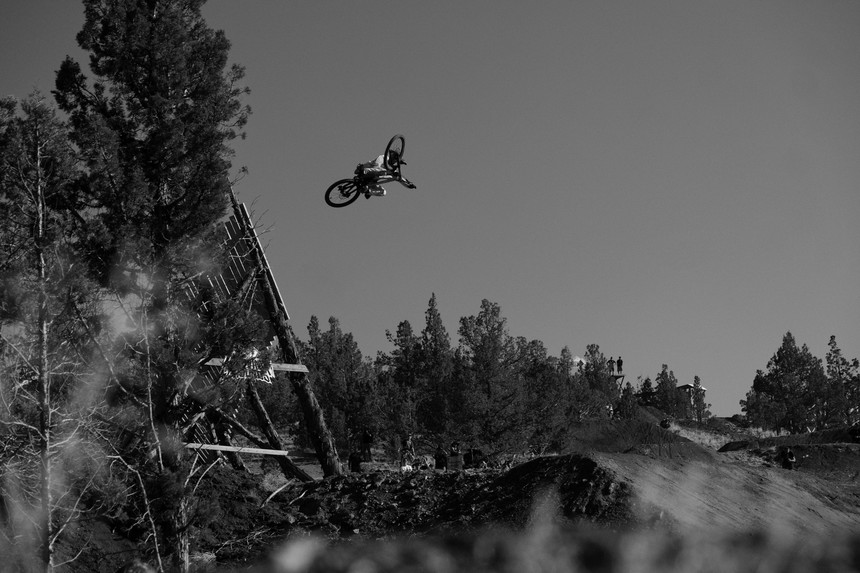 Dylan Stark on the Shark Fin, or the "Stark Fin" as people were calling it by the end of the weekend. Izzy Lidsky photo.

Somewhere on a hill just outside Prineville, Oregon the dust is starting to settle and tire tracks in the biggest features you've ever dreamed of riding are still fresh. Last weekend, some of the world’s most talented freeride mountain bikers gathered for Proving Grounds. In only its second year, Proving Grounds is still finding its place in the bike world. In 2019, it acted as a qualifier for Red Bull Rampage, helping to launch people like Reed Boggs and DJ Brandt straight to Virgin, Utah. But this year Proving Grounds stamped its own impact on the freeride world. With massive, never-ridden-before features and a brand new women's category, it wasn’t a weekend to miss. They say a picture’s worth a thousand words and in this case, just talking about how cool this event was wouldn’t do it justice so here’s some of our favorite moments from the weekend.

Day one of practice was hot and dry. The riders spent the day just starting to piece together the course. 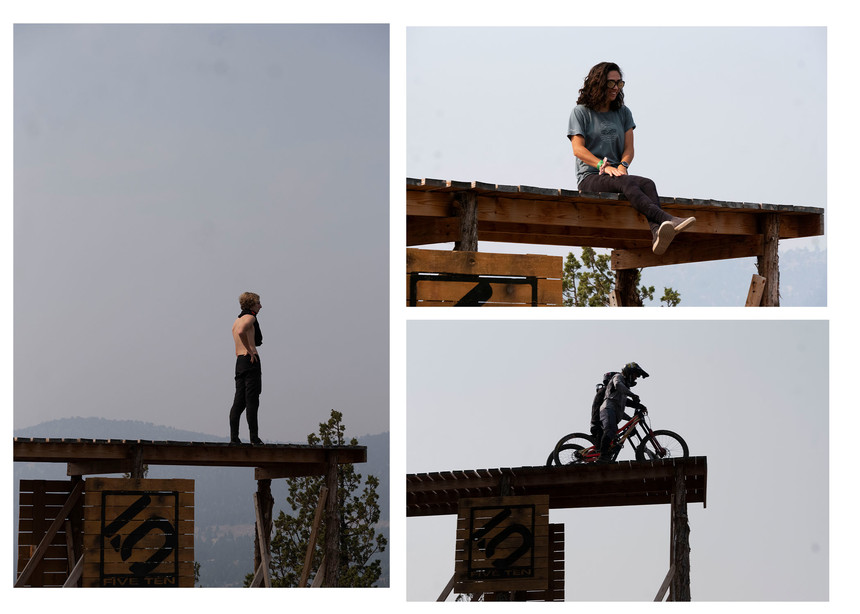 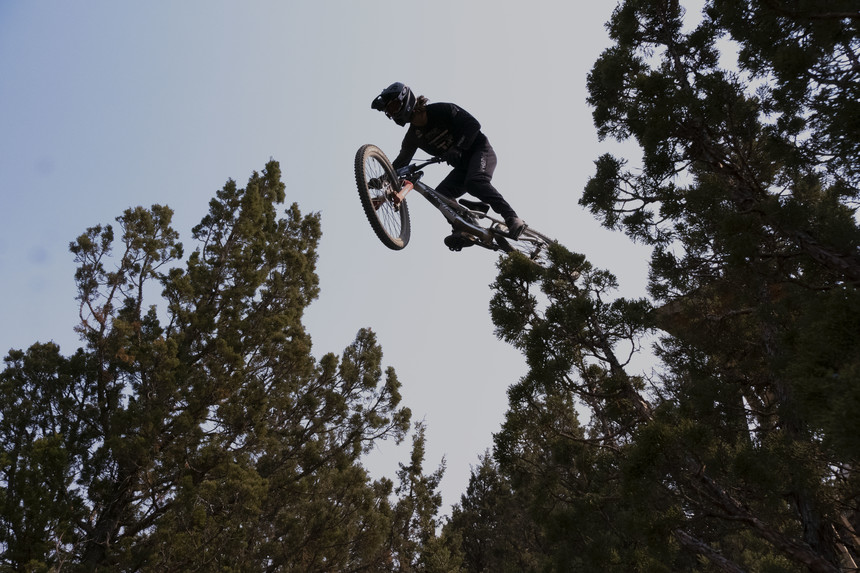 Johny Salido was one of the first riders to hit many of the features. Izzy Lidsky photo. 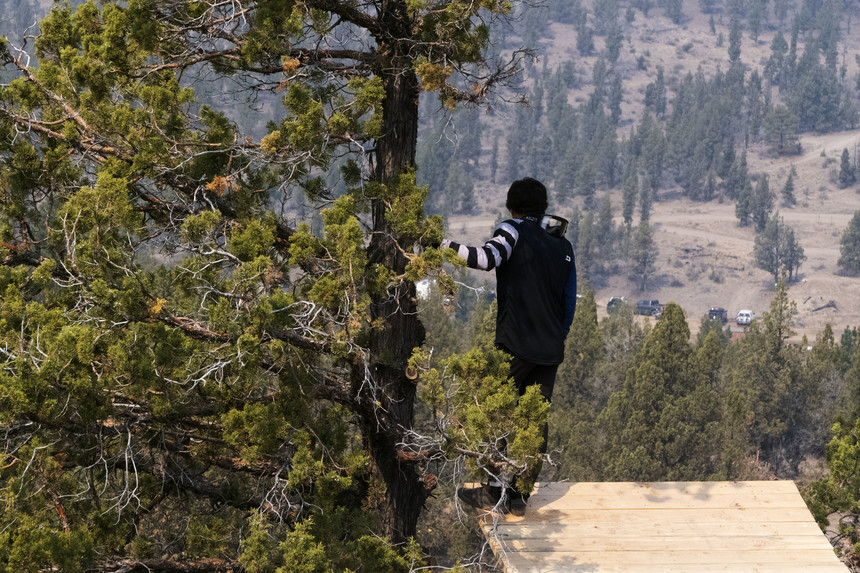 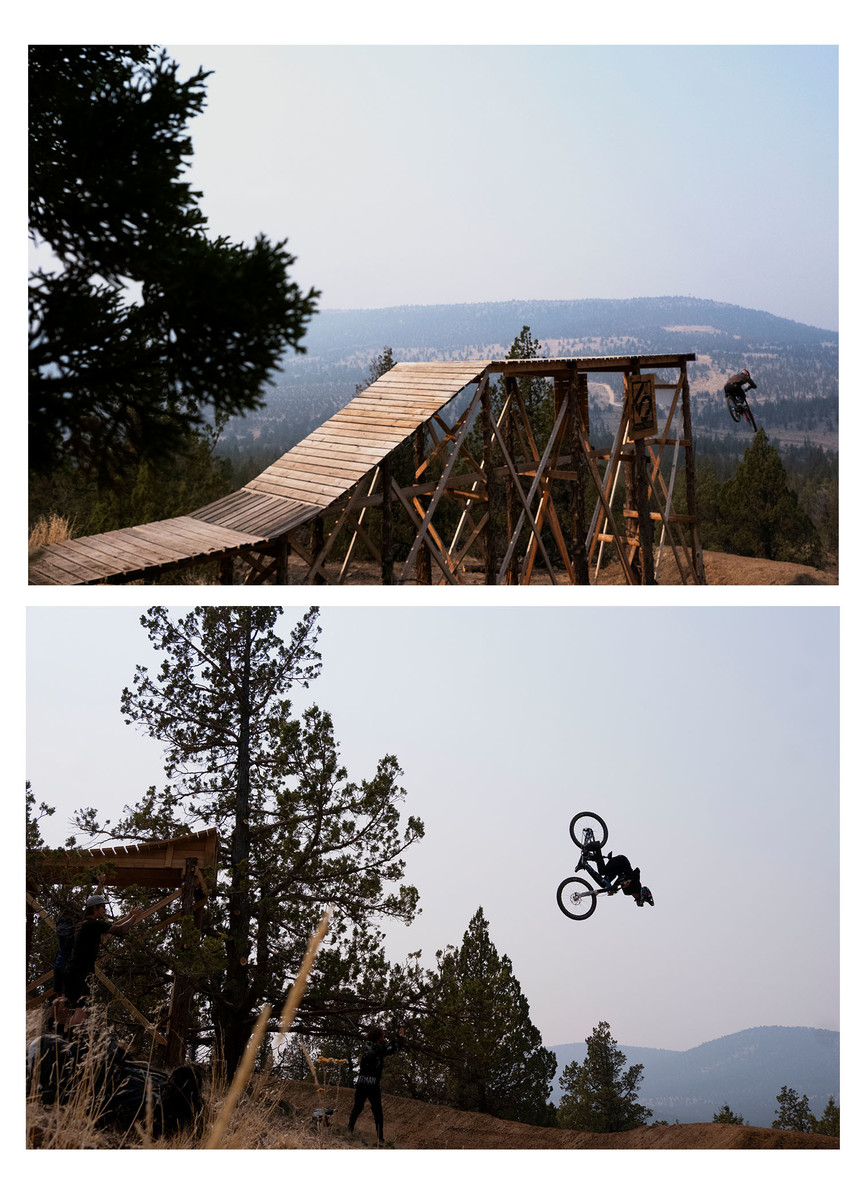 David Lieb (top) and Reed Boggs (bottom) getting comfortable on the top of the course. Izzy Lidsky photo.

Day two of practice brought rain-- and lots of it. With the course too wet to ride for most of the day, there was speculation if the event would get pushed. But right around 5pm the bottom couple of features dried out enough to ride. While the previously scheduled Jump Jam was cancelled, the riders had one of their own and judging how big some of them went, it didn’t matter that the official one had been cancelled. 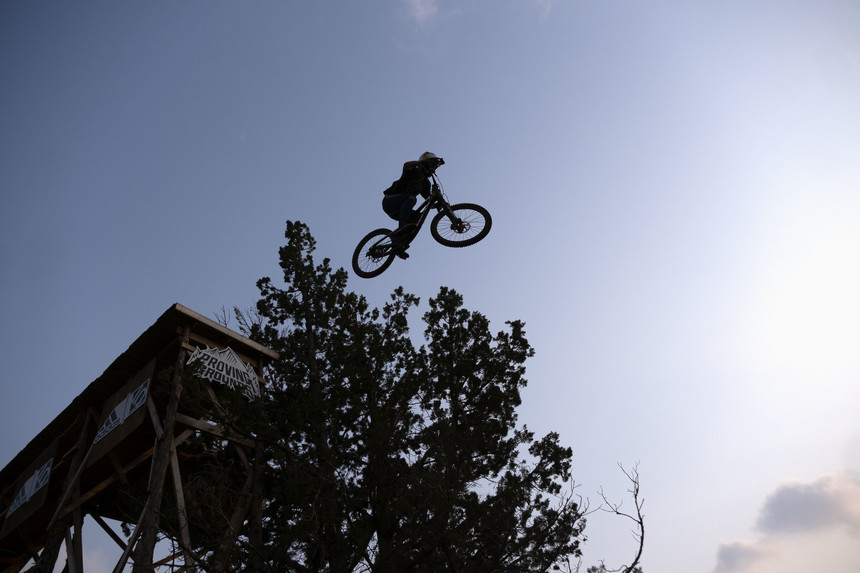 Brandon Semenuk made a surprise appearance in practice and it was a lot like watching Accomplice in real life. Izzy Lidsky photo. 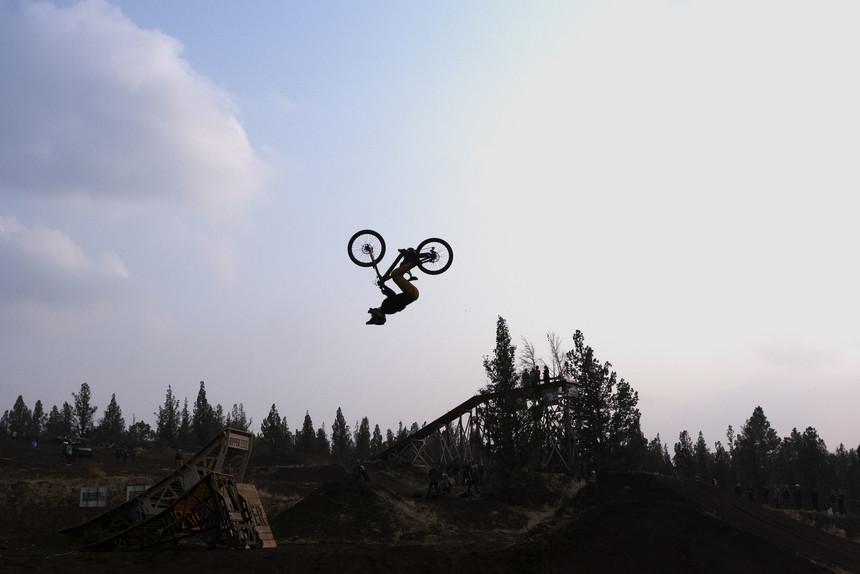 David Lieb seemed to be having a whole lot of fun getting inverted on the Hopper jump. Izzy Lidsky photo. 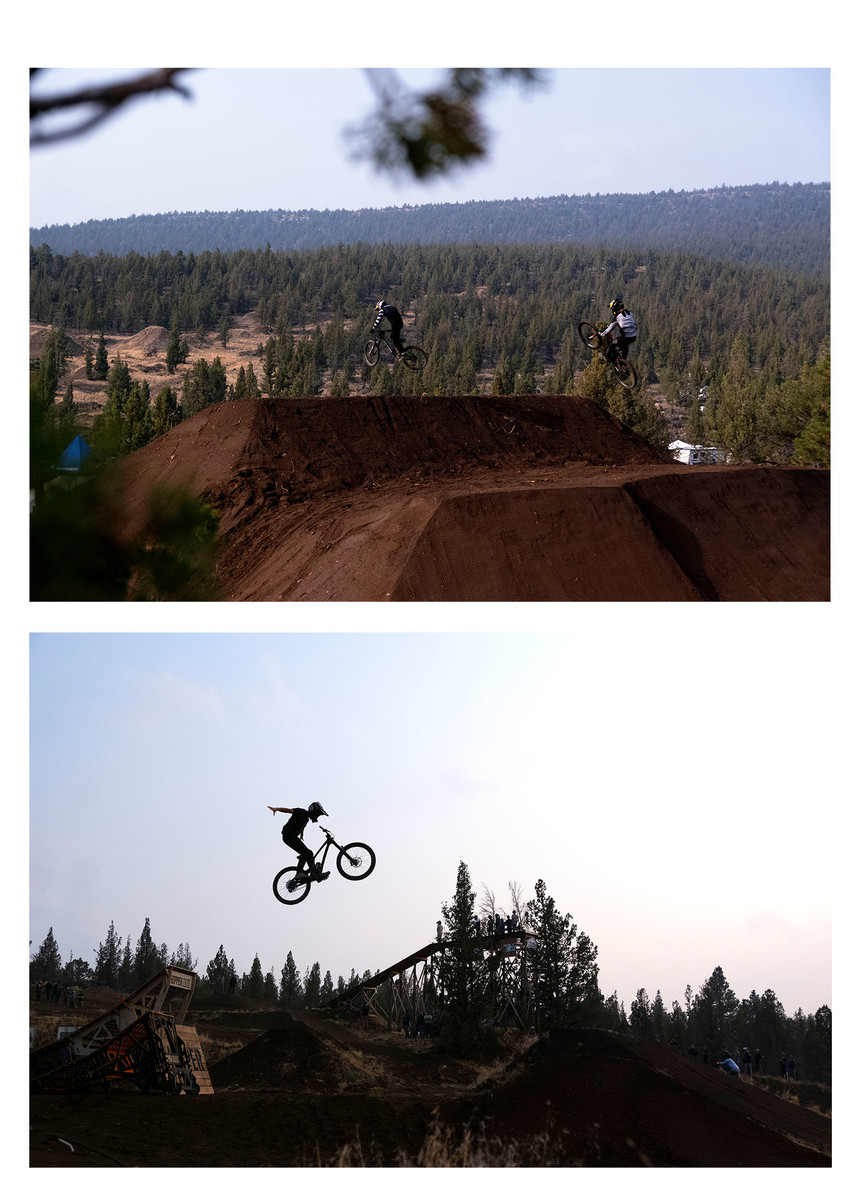 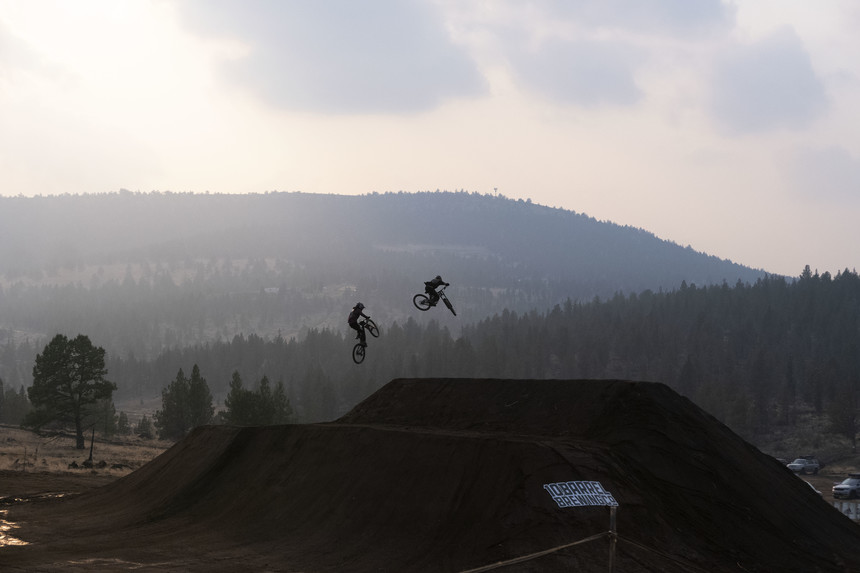 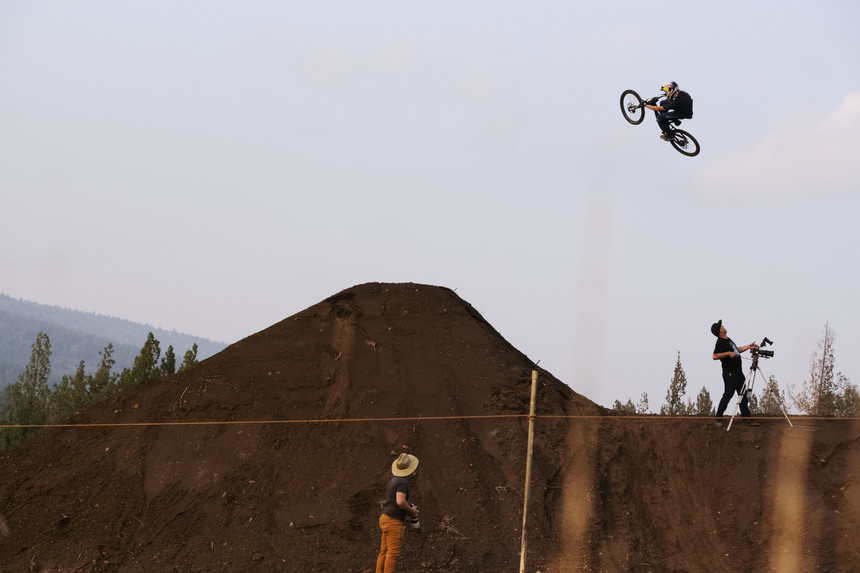 On Saturday, a little bit more rain sprinkled its way through Oregon re-wetting the course. But by 2pm it had dried out enough to proceed. Hannah Bergemann was the first person and one of two women to ride the whole course for a competition run. She was followed by Cami Noguiera who took first place for women after being neck and neck with Bergemann. Although these two were the only ones to ride in the women’s category during the event, Samantha Soriano, Brooke Anderson, Ming Goetz, and Harriet Burbidge-Smith were all invited to ride. The women spent all three days crushing through the features. Due to the rain, Soriano, Anderson, Goetz, and Burbidge-Smith didn’t feel they had enough time to piece together the course enough for a comp run but went into practice with as much determination and energy as anyone. Following events earlier this year like Formation, Dark Horse, Audi Nines, and HangTime, the women’s freeride force was strong, collaborative, supportive, and all together badass at Proving Grounds. 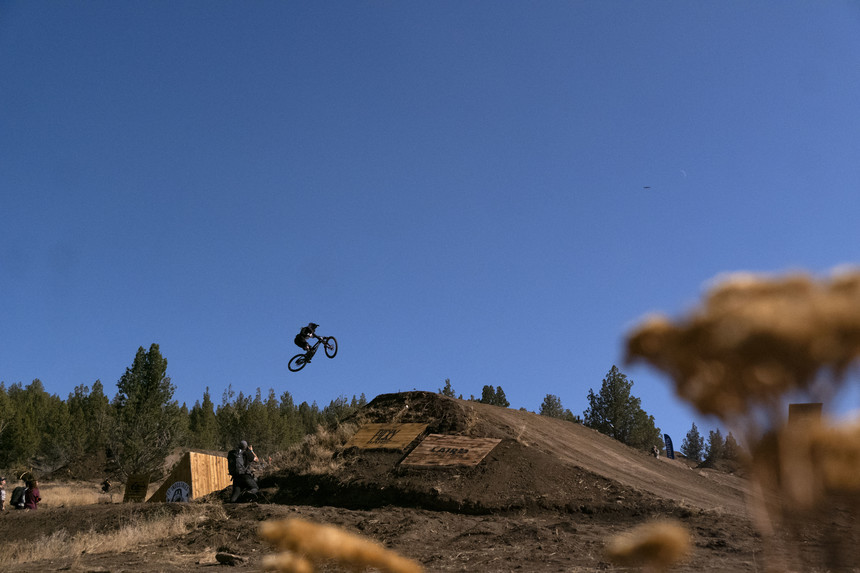 You can't see Hannah Bergemann's game face through her helmet, but it's there. Izzy Lidsky photo. 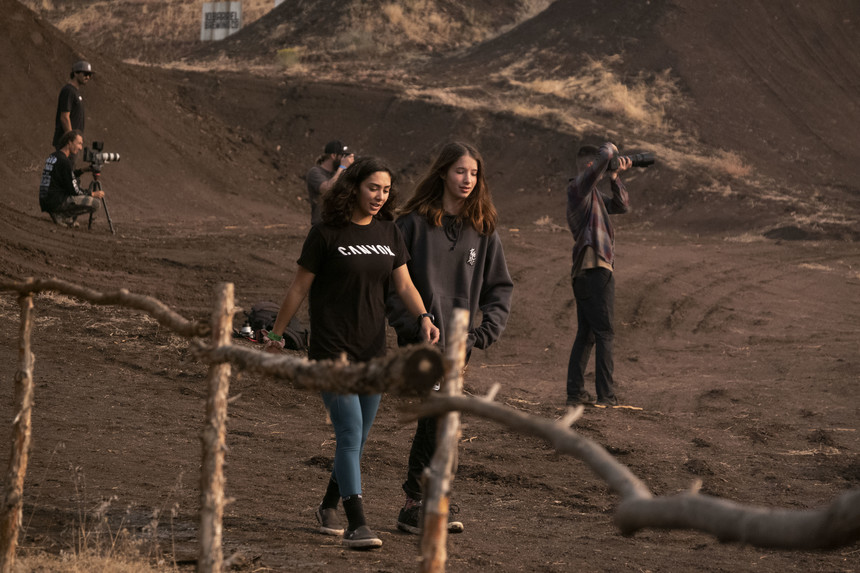 Samantha Soriano and Brooke Anderson were two of the youngest riders out on the course this weekend. Izzy Lidsky photo. 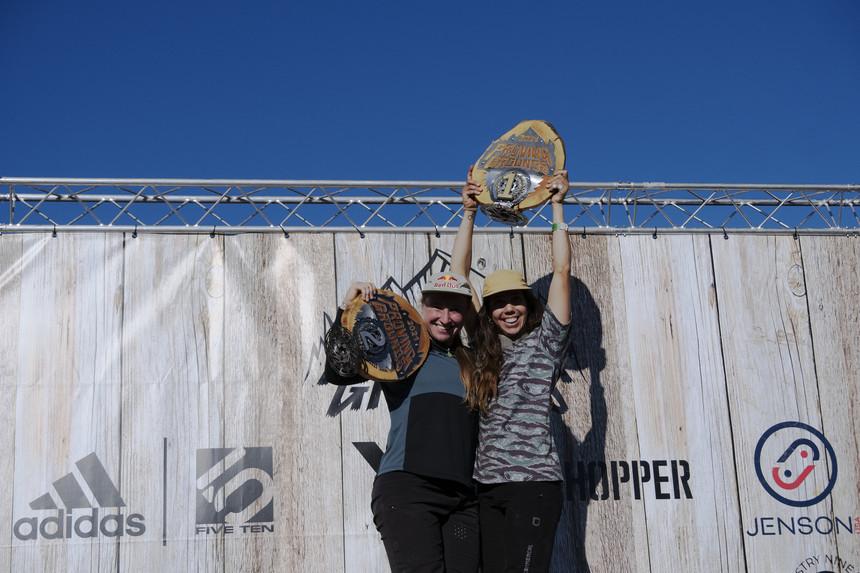 Hannah Bergemann and Cami Noguiera on the podium together. Izzy Lidsky photo.

Bend native Carson Storch took the win for the men. Storch seemed somewhat more reserved in practice, but come game time, he whipped out a nearly perfect run scoring a 90.5. Behind him came previous winner, Reed Boggs. After a lackluster first run, Boggs’ second run shot him straight to second place as he hit the illustrious ‘Shark Fin’ feature. Close behind him was Dylan Stark. Stark’s first run gave him a solid score but he still went for run number two. After taking a spill in his second run, Stark got back on his bike and rode to the end of the course with just as much style - and did it all for the fans. 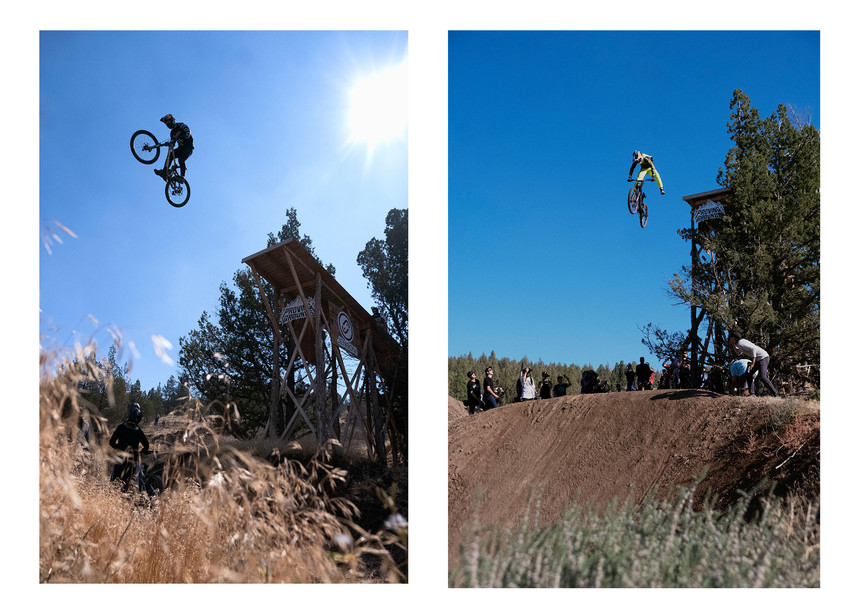 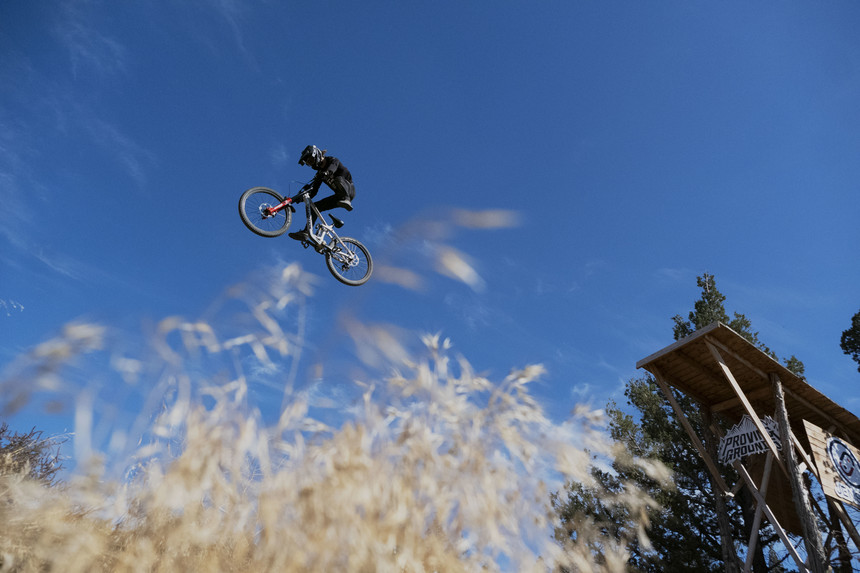 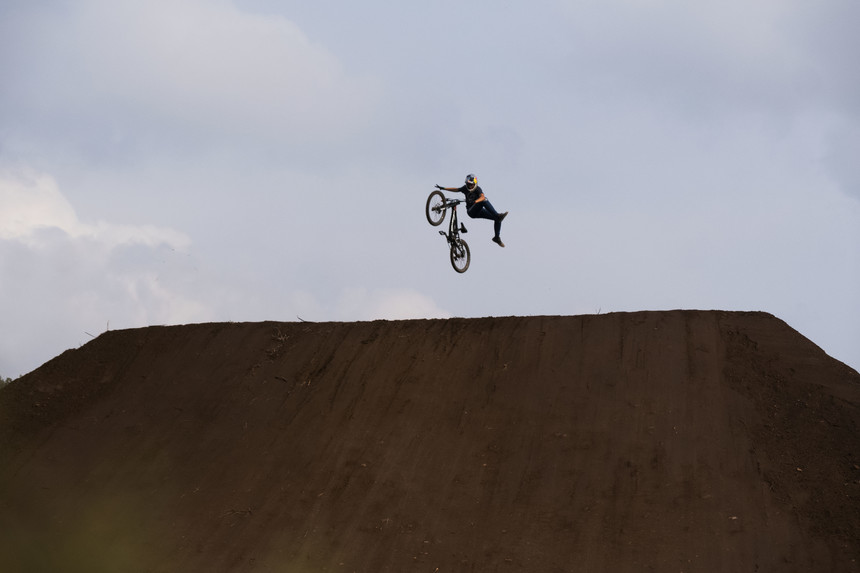 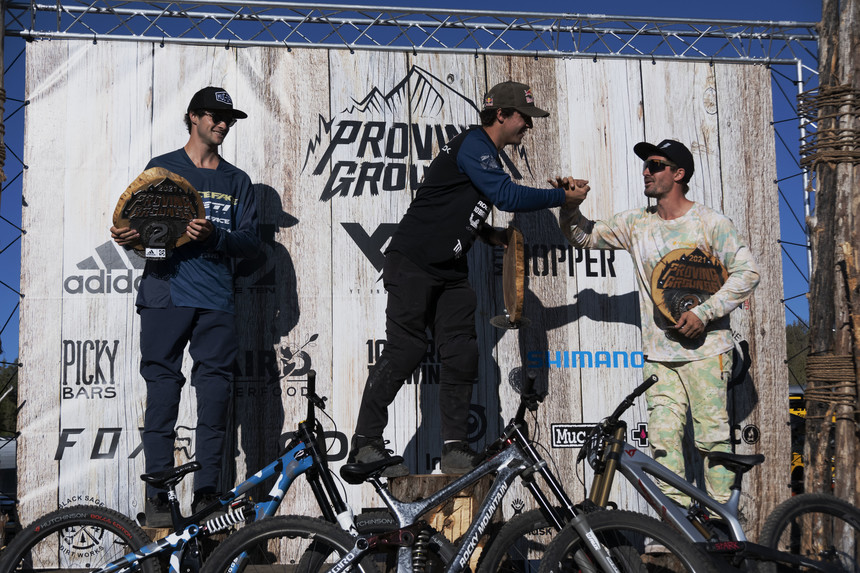