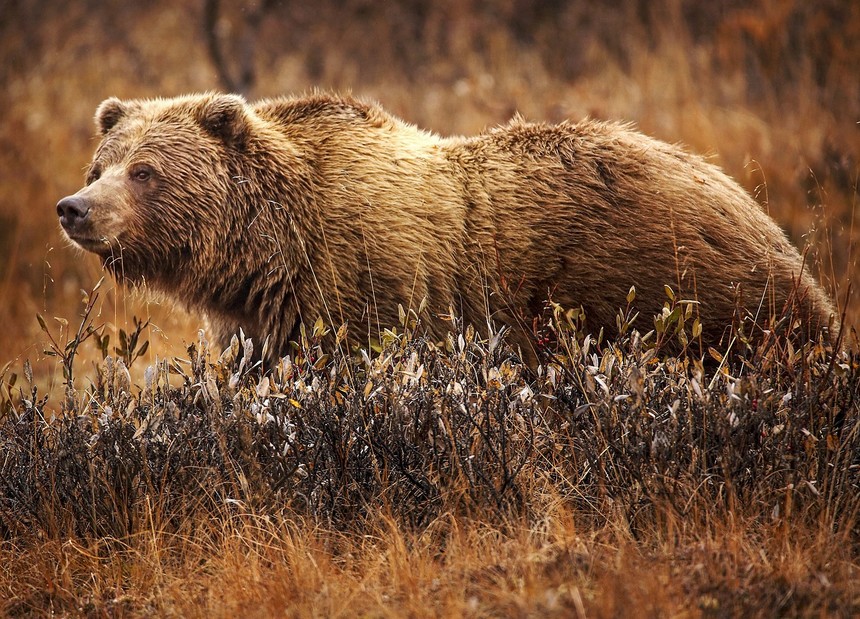 A grizzly bear attacked a mountain biker in Montana earlier this week, leaving him in critical condition. Wikimedia photo.

A Montana man was attacked by a grizzly bear while riding his mountain bike outside Big Sky, Montana on Monday. According to the Billings Gazette, the attack occurred on a trail on private property in the Spanish Peaks community. The man was riding alone and likely surprised the bear while rounding a sharp corner on the trail. A Montana Fish Wildlife and Parks spokesperson stated the attack did not seem predatory in nature. The victim was able to escape the attack, and walk to the nearest road to get help from a passing driver. He was then airlifted to a Billings hospital and is in critical but stable condition.

RELATED: Crested Butte's Singletrack Has A Story To Tell

With bear season upon us again, this serves as a reminder to always carry bear spray when in the backcountry, avoid traveling alone, and make noise to avoid surprising wildlife.

Turns out, comedian Katie Burrell does more than just ski, she’s a biker too. She’s no Micayla Gatto or Casey Brown, but a rider that's actually relatable. You know, the kind that’s super sick like Brandon Semenuk but still manages to always finish last. To be fair, it’s cause she’s modest and was too busy clearing the trail for you and saving a baby deer from a grizzly bear. You’re welcome. RELATED: Comedian Katie Burrell Searches for Her Dream Job In all seriousness, I hope this means