Editor's Note: This piece from TGR Stash member John Rathwell explores of Adventure-Land, an epic dirt jump spot located on a farm in a small community in Ontario. This place of love has been cultivated for years by the Brose family. When a tragic event hits the family they find solace and peace in the large dirt jumps and community found on the Brose Farm. 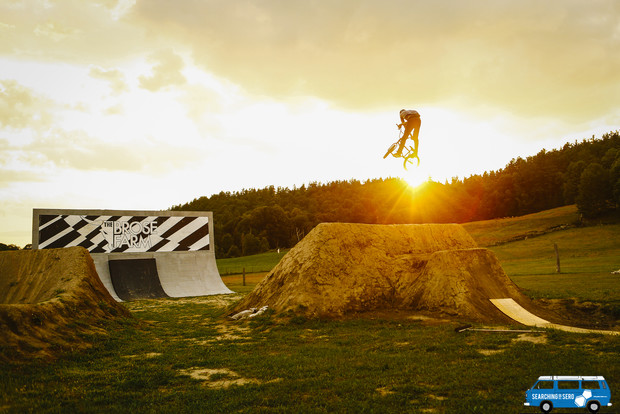 We are heading to Eganville, a small community in Ontario’s Renfrew County. As we pass farms, lakes and cottages, I cannot stop admiring the beauty surrounding us. It is so peaceful. I also wonder about a dirt jump setup on the farm we are going to. It intrigues me. Who builds dirt jumps in their backyard? I can see them as we get closer. There is a lot of dirt and some jumps seem bigger than the van. The anticipation and excitement grows. I can’t wait to meet these people. 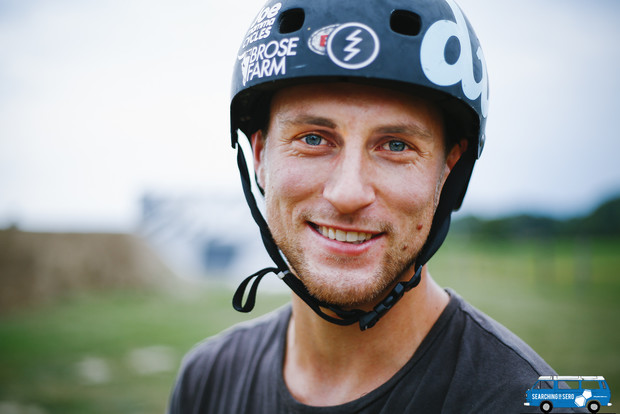 Now imagine going out to practice your favorite sport but instead of being welcomed by staff, you run into a warm and inviting family,  The Brose family. Not only did they welcome us for a weekend while we prepared this story, but they opened their backyard to those who want to join the amazing environment they created.

Josh is the biker, instigator and dreamer behind these piles of dirt. When he was 13, his parents gave him the choice between a BMX bike or a trampoline. His friend already had a trampoline so he figured he’d get a bike and use his friend’s trampoline instead. When Mama Brose saw he was starting to build jumps in the bush, she was not happy. “What if you get hurt? No one will know, no one can see you.” She gave him permission to build a jump in the yard, where they could watch on him. Soon though, one jump wasn’t enough. 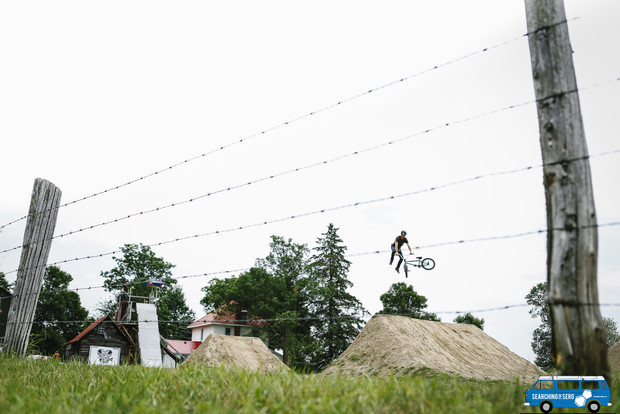 When you live in the country, you have to come up with your own fun. With 65 year old neighbours living a mile away, Josh and his brother Andrew had to be creative and somehow, they managed to build their own adventure-land. Friends started gathering around the farm on weekends. What was there not to love?

Amazing scenery, some epic dirt jumps and an inviting lake across the road to enjoy on hot summer days. Everyone was welcomed because the farm, as they put it, is about community, collectively working together and family. As the biking and the crowd grew bigger, so did Josh’s ideas. 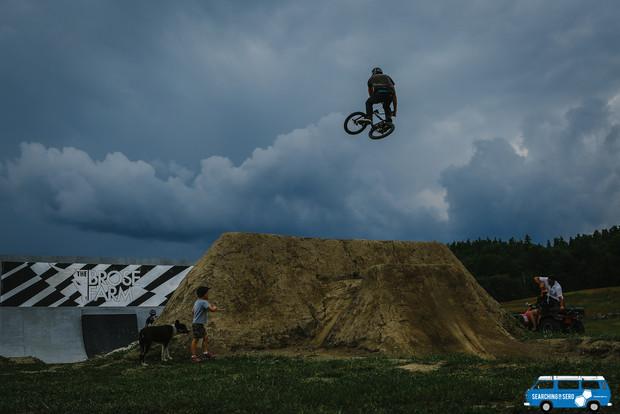 Josh wanted to organize a Jam, an event at the farm combining action sports and music. The first edition was quite simple, 40 people and Josh’s mother’s chili. Then, they got a couple more sponsors and some more dirt jumps. Last year, Red Bull was on board, along with a couple of radio stations and about 400 visitors. The Brose family managed to put together 5 jams in 4 years, growing each time.

Will there be another Jam? Josh sure hopes so.

The next edition will not be the same though... 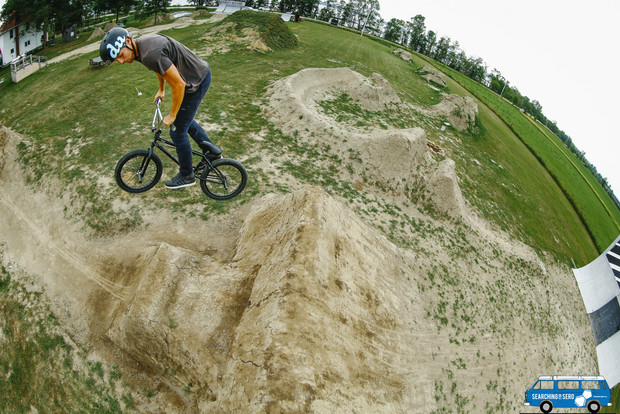 Last spring, Josh was in Australia, enjoying the sun and the waves. He was out of the house when mom called so she told his friends about Andrew’s accident. When he got back, his bag was packed, his plane ticket was booked the only thing he had to do was receive the news, the kind of news that hits hard, like a kick in the nuts, drawing you to your knees. His older brother, role model and lifetime friend had passed away in a car accident. He would never see him again.

He lived in Toronto but his plan was to come back. He was the older brother with a plan for the farm and I was kind of the younger brother, you know that would go with the flow. […] After he passed, I was like, I feel like I’ve got to make him proud, take on where he left off.

The family is still recovering from the loss. They had a big gathering at the farm where friends and family members came to pay their respect and celebrate together Andrew’s life. 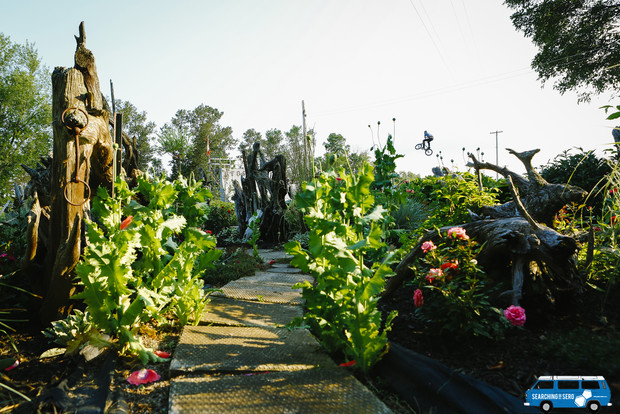 Andrew was also a big part in the Brose Farm adventure. As a videographer, he would take care of all the marketing and promotional aspects, as well as the social media and website.

He basically takes all my ideas and puts them into a blender and it comes out a nice, clean finished product. He was way more organised than me. […]He helped a lot with the business part. We worked well together. We both wanted the farm to be sick and the best place it could be.

Despite the massive loss, Josh is lucky. Over time, he has met many people willing to get involved with his project. Everyone with different skills and knowledge but interested to build on this community spirit. Family at the Brose farm means more than bloodline and these people will help Josh ensure Andrew’s legacy survives him. 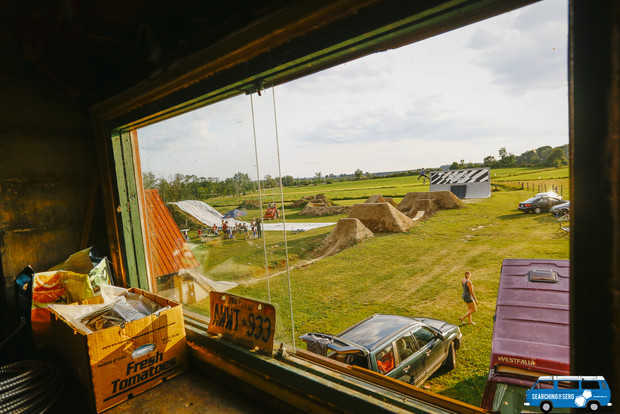 In the meantime, Josh tries to focus on what he loves the most“Mom, dad, the farm, these are the important things right now” and fights the agitation on his bike.

I need to ride. If I don’t get out a couple times a week, I get the jitters, my head spins too much. It calms me down. […] When I’m physically taking that risk but not to the point where I’m uncomfortable but flirting with the line and you get a dose of that every week, I just feel like it’s a confidence you can’t get anywhere else. It makes a lot of other things in life seem simple.

The next little while will certainly not be easy for the Brose family, but if they can just receive a quarter of the love and care they have spread around, they will have all the support they might need. 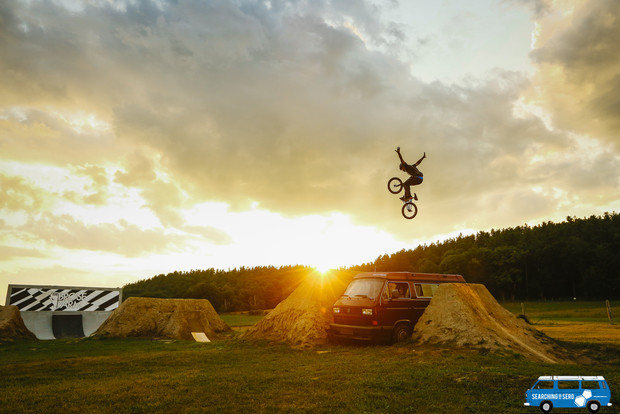 We are leaving the Brose farm, content and happy, having spent two full days of excitement, fun and happiness with amazing people. As we are leaving, I look back in the rear-view mirror and think to myself, as I see Josh waving goodbye between the shadows of the tall farmhouse and the dirt piles that I will never forget that place. #FoundSero

To learn more about Josh, and the Brose Farm head to:

For more photos and info on Searching For Sero, head to: