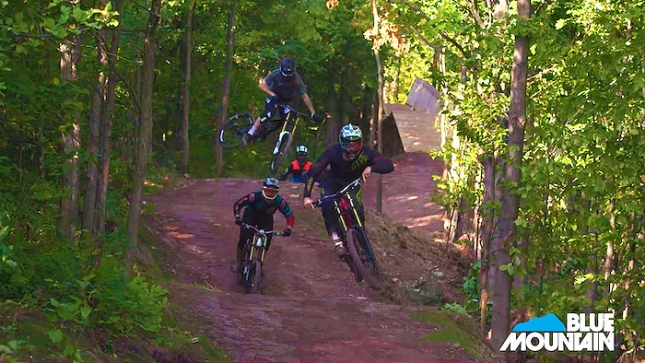 Blue Mountain Bike Park has something for every level of rider. Whether you're in the mood for a scenic cross-country ride along gentle terrain or a heart-pounding run down the Escarpment’s best singletrack downhill trails, Blue Mountain is a great place to ride. Choose from a variety of park passes, lift tickets, lessons, packages and more to achieve your ultimate day on the trails at Ontario's largest Bike Park. 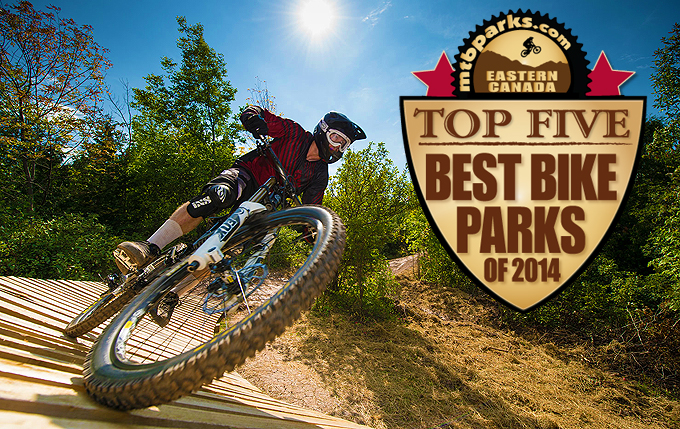 Blue Mountain has enlisted the help of Gravity Logic this summer to add two new trails, rebuild an old favorite and re-introduce a variety of features around the Blue Mountain Bike Park. Stay tuned to MtbParks.com for more info as trail updates become available.

While there are a number of Cross Country trails scattered around Blue Mountain, the Blue Mountain Bike Park is primarily a Downhill destination that caters to all ability levels. 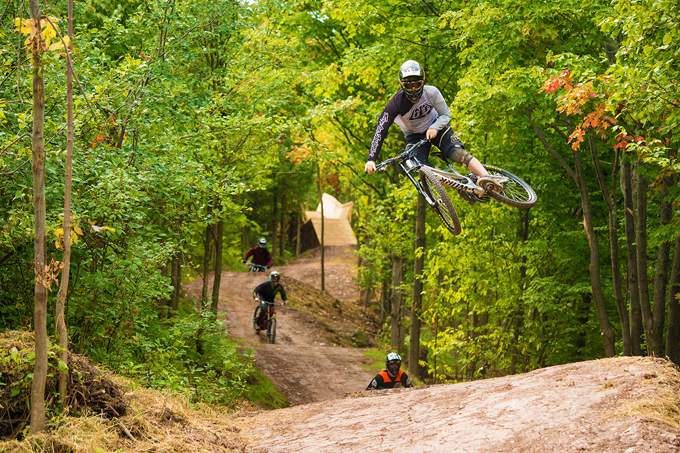 King of the Mountain - East Coast Open | June 26 to 28, 2015
The East Coast Open returns with the Annual “Whip It” Whip Contest on Saturday night, and the East Coast Open Downhill races on Sunday. $4,000 in cash prizing and Ontario Cup points are on the line to bring out the fastest riders in the province.

King of the Mountain - King of the Valley | July 25 to 26, 2015
All hail the king! Blue Mountain’s valley trails have built quite the reputation, and we decided it’s about time to crown the fastest person in the valley with this brand new event. Competitors will also be racing for Ontario Cup points to go towards their provincial ranking.

Tuesday Night Downhill Series at Blue | July 15 to August 5, 2015
Take part in Collingwood’s weekly mountain bike series. Join us on Tuesday nights for an hour of fun racing, followed by apres and prizes!

King of the Mountain - Fall Showdown | September 12 to 13, 2015
Another brand new event! The Fall Showdown will wrap up a season of mountain bike racing at Blue Mountain. Ontario Cup points will be awarded once again at this race.

Blue Mountain is located near Collingwood, a 90-minute drive from Toronto.

Ride FREE across North America this summer with the MTBparks Pass!