A few weeks ago there was an article published on Pinkbike titled, “Not Her Older Brother’s Hand-Me-Down.” The cover photo is of Vivi: an adorable, grinning itty-bitty and her custom-painted Juliana balance bike. Yeah, the story talks about all the tech details of Vivi’s bike - it is equipped with a Chris King headset, ProTaper bars, and XTR disc brakes - but there’s a lot more to the story than just a badass, custom push-bike for a toddler. The article was written by her dad, Adrian, who has been in the cycling industry for a number of years. Juli Furtado, multiple-time national champion, world champion, Olympian and namesake of Juliana Bicycles, is one of his mountain bike heroes. Adrain says from the beginning that Juliana would be the name on the downtube of his daughter's first bike, “I figure the best way to get more women into the sport is to put more girls on bikes, and if my little girl is going to have some early-stage brand loyalty it has to be to Juliana.”

I am not exaggerating when I say that reading those words brought tears to my eyes. As an athlete and employee of Juliana Bicycles, our brand mission to empower, elevate, and encourage more women to experience the best of mountain biking is also a personal mission. Knowing that the dad of this tiny, smiling little girl believes in that mission and wants his daughter to be a part of the community we are creating is the most heart-warming thing I can think of. It reaffirms my belief that women’s bike brands DO matter.

Why do I think women’s bike brands matter? Afterall, I ride a Juliana. “Isn’t Juliana the exact same as Santa Cruz?” “Why don’t I just ride Santa Cruz?” “If women are just as capable as men, why don’t they ride the same bikes?” “Doesn’t making a women’s-specific bike insinuate that women aren’t as capable as men?” “Why do women need special treatment and special ‘girl bikes’ with specific geometry and ‘custom carbon’ and light-tuned shocks?” “Isn’t creating bike brands for women reverse sexism - isn’t it just furthering the divide?” “Juliana and Liv are just ‘lifestyle’ bike brands; they aren’t for serious riders.” Does any of this sound familiar? Maybe it’s because you too have entertained yourself by reading through the dumpster fire that is the comments section on PinkBike or follow a handful of notorious Instagram trolls that like to spout off their opinions about women’s bike brands. 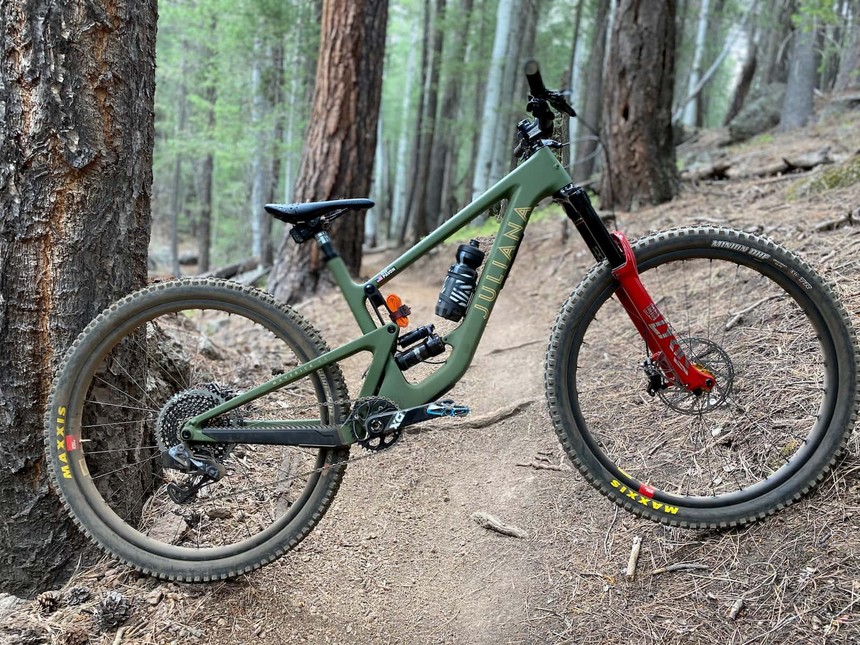 My Juliana Maverick - identical in size, geometry and capability to her brother, the Santa Cruz Hightower.

What the hell do I mean by that? If you google the definitions of equality and equity, they seem pretty similar:

Equality: the state of being equal, especially in status, rights, and opportunities.

Equity: the state, quality, or ideal of being just, impartial, and fair.

So, what’s the difference? Equality says ‘give everyone the same resources to achieve X; level the playing field.’ Equity says ‘give resources based on the need to achieve X; more for those who need it.’ Both are important, but equality fails to address one very important thing: where each person stands in relation to one another. I’m sure many of you have seen this cartoon (or another similar one): 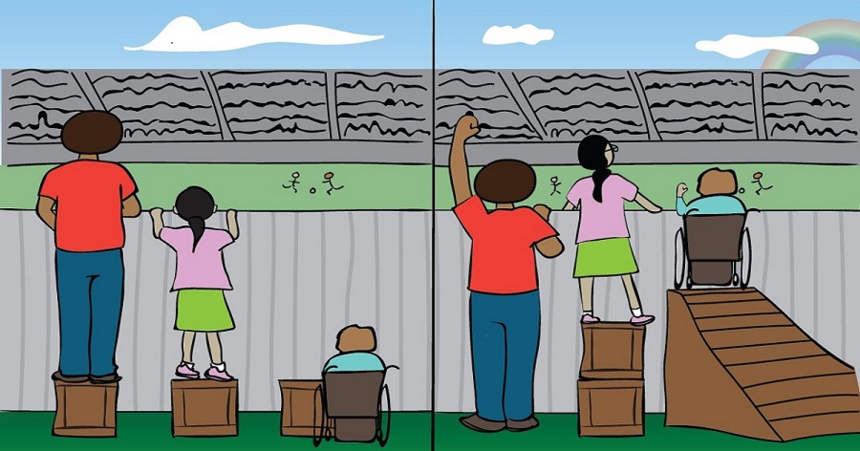 The image on the left is a great example of equality - giving everyone the exact same resources regardless of the need to achieve fairness (i.e., all bike brands provide capable, badass bikes for all genders). The image on the right is a great example of equity - giving appropriate resources based on the need to achieve fairness (i.e., bike brands increasing the visibility and promotion of women).

The cycling industry has been taking steady steps towards equality, and although there is not complete parity, there has been tons of progress, from all brands, women’s specific or not. But there is still a lack of equity for women in the cycling world. Women are not promoted in the media nearly as often, women are not used in advertising as often, women’s races are not aired and broadcasted as often, there are not as many women working in the industry, etc. This is why women’s bike brands matter. Juliana and Liv aren’t just providing women with badass, capable bikes - Juliana and Liv are providing women with a bigger, taller, brighter platform. They are putting women in the spotlight, front and center because they (we) believe that in order to get more women into the sport, they have to be seen, promoted, and heard. Juliana and Liv are promoting women in media, in advertising, in the workplace and on the race circuit. Juliana and Liv are normalizing the presence of women in the cycling world; we are creating a community of women, by women, for women. Maybe that community isn’t for you - and that’s okay - but it is for someone, and that’s why we’re here, doing what we’re doing. 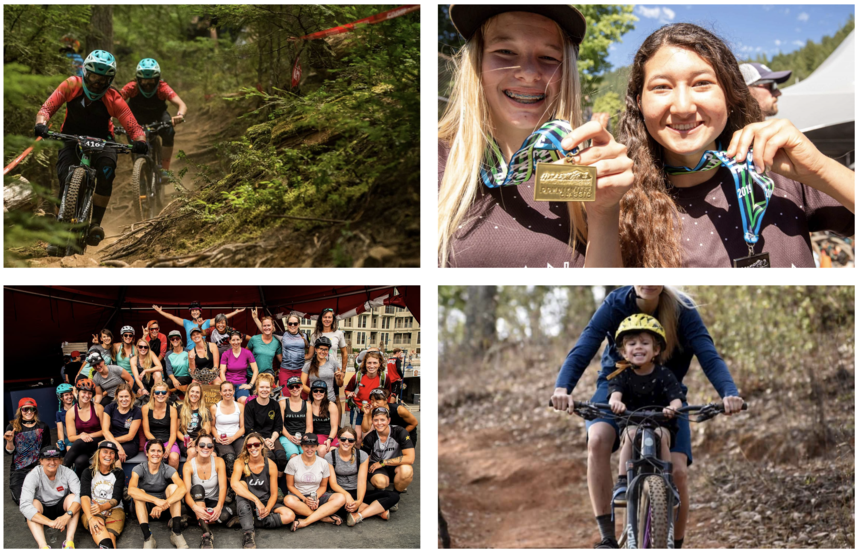 Editors Note: Thank you to Alex Pavon and Juliana Bicycles for letting us share this story. Be sure to check out  Juliana Bicycles' blog for more women's focused bike content.

Interesting concept of equality and equity.
This is what we try to do at the Elizabeth South Community Centre

The title itself looks very interesting. I started reading this article when I saw its name. I felt something interesting about it. So I read the whole article and got a lot of information here. cbd benefits Thanks a lot for this article.

Video: Tom Van Steenbergen Takes One Of the Gnarliest Crashes Ever

Video: Tom Van Steenbergen Takes One Of the Gnarliest Crashes Ever

First off, we’re so stoked that Tom Van Steenbergen is alive after taking this slam. He managed to come out of this most wicked of slams with a broken femur and rib, a punctured lung and some pretty bad internal bleeding…but says he’s on the mend. Healing vibes to you, sir. From Tom’s Instagram:

We Are One is a small brand manufacturing carbon mountain bike parts out of Kamloops, BC. Check out our thoughts on their Union enduro wheelset. Max Ritter photo. Last fall, we ran a roundup of some of our favorite carbon fiber mountain bike wheels here on TGR Tested and found out just how different the ride quality and durability can be across the board when it comes to putting high-end hoops on your bike. This year, we wanted to dig a little deeper into this special little segment of

Can Versus Tires stand up to the giants of the industry? Max Ritter photo. When it comes to mountain bike tires, a small number of brands have traditionally ruled that segment of the industry. For better or for worse, Maxxis and Schwalbe have been the big two when it comes to what you’ll find on a stock bike, or even what’s available at your local bike shop. Nothing wrong with that, as both make some of the best tires money can buy, but we’re always stoked when a new player joins the