Like any  mountain town resident I love gear, the more specialized the better. I have my powder skis, all mountain sticks, touring set-up, sleeping bags for summer and winter, a variety of different shells, and of course a titanium spork (to save weight). That is why Dragon Alliance's new Cross Performance XP Collection was so appealing. Each pair of glasses was designed for a unique purpose. Whether it was the bike, snow, or water Dragon brought smart design into a simple product.

We asked some of the TGR staff to try each of Dragon's three sunglasses in the XP collection. Here is what they had to say. 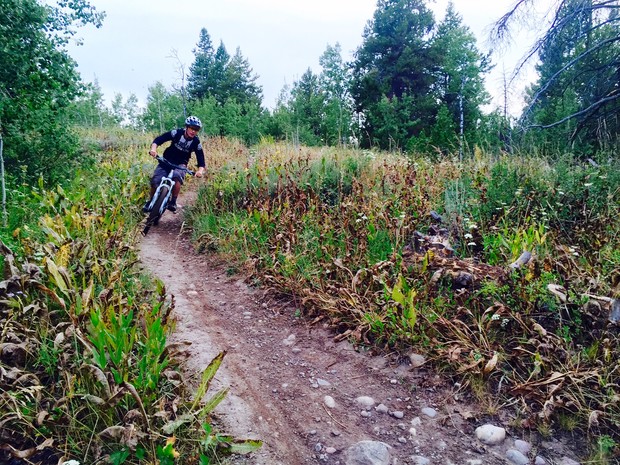 The standout feature of the EnduroX that you’ll notice right away is the photochromatic lens, which adjusts the lens tint based on how bright of conditions you’re riding in. The yellow base tint does a great job of boosting contrast in low light, and gets progressively darker to give your eyes a break as the sun comes out. Also fog-resistant, I haven’t had any issues with the EnduroX fogging up on extended climbs, expect for every once and a while when stopped to catch a breather. Don’t fear if you aren’t a fan of photochromatic technology, as you can get the same impact, fog, and scratch resistant lenses in standard tint as well. 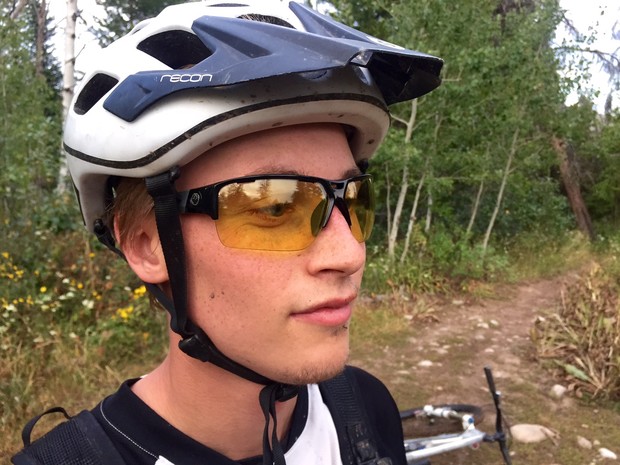 Contemplating the impact of a photochromatic tech. Nick Yerger photo

Apart from the fancy lenses, the EnduroX feature flexible, rubberized arms and nosepiece that provide a perfect fit and won’t let them slide off of your face on sweat-inducing climbs. The hinges feel very solid and after a couple months of use they show no sign of wear like some glasses develop quickly. Overall, the EnduroX is a fantastic offering, providing excellent coverage in a sleek, medium sized, and lightweight package. You will barely notice that they are on your face, but when a rock shoots up and heads directly for your eye, you'll definitely be thankful to have them, and they won't be scratched afterwards. 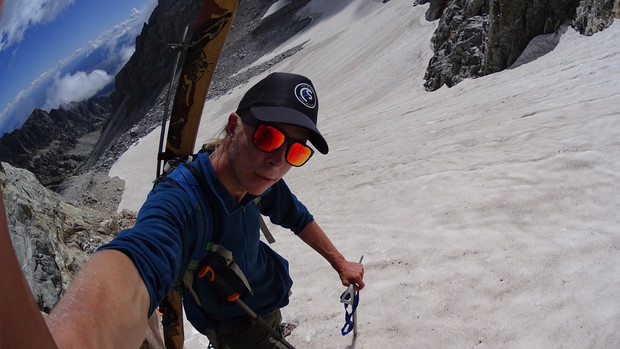 With arms this long who needs a selfie stick. Ryan Halverson photo

I was able to get out in Grand Teton National Park a couple times this summer and was very impressed. Just the right amount of tint for what I need on snow. It was enough to block the bright reflection, but not too dark to make seeing features difficult. I've also worn them driving around and on short outings, and I really like the styling and functionality off the mountain as well. Nice snug fit, that doesn't feel like they'll fall off if I run with them. Lenses are crisp and clean although I do have a few small scratches already, which is probably my fault. I haven't tried the side shades yet, but I'm sure they're awesome, especially for glacial travel. The case is pretty bomber and the lanyard is sweet for any water missions, pumped to use these for the upcoming winter. 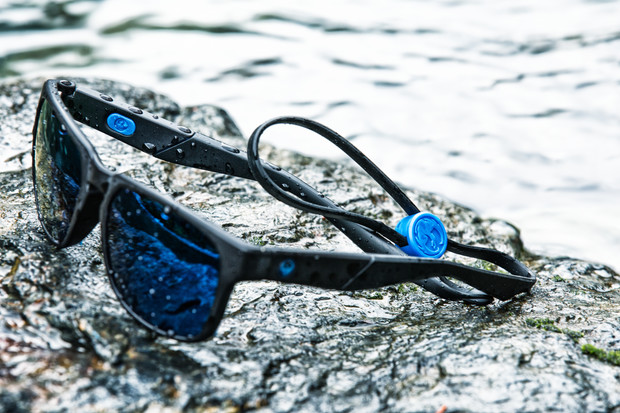 The Seafarer X with the detachable croakie leash. Dragon photo

What struck me initially about the Seafarer X was the cleverness in the design. It is such a simple, practical idea, that it was surprising it took this long for to come to market. The highlights of the Seafarer X include a floatable frame, integrated croakie system, along with Dragon's Performance Lenses.

The integrated croakie system is genius. I used them for a week on the Lower Salmon and the glasses were completely secure during rafting, kayaking, and hiking. During the heat of midday I would jump in the water without any fear of losing them. The hard case is a useful accessory, as you do have some smaller pieces that if lost would render the glasses useless if lost. The lens worked great in all variable light conditions, and the contrast was useful for catching my first bass on the fly. My only complaint would be the styling on the nosepiece, it is a slightly strange shape, but besides that I would highly suggest these for anyone that spends time in and out of the water.

I am here for the share this latest searching file explorer windows 10 version in system it is the process to file easily save.

It’s not just Yosemite that has Alex Honnold firmly in its grips. For the past few years, the Patagonian Ice Cap has drawn the famous pro climber to its pointy summits, and this year was no different as Honnold teamed up with his friend Colin Haley to go on another alpine rampage, Climbing Magazine reports. The area surrounding the hamlet of El Chaltén draws some of the most adventurous climbers in the world even though it’s also home to some of the worst weather anywhere on the planet. It