If you like to camp or backpack, you probably own a variety of tents to accommodate the number of people in your group or the environment. Buying a bunch of different tents isn't great for your wallet, though, or your gear storage space. Cotopaxi's latest tent solves those problems: enter the new Inti 2 tent, which starts as a two-person standalone tent, but can be expanded to fit up to four.

The Inti 2 is an ultralight (4 lb 9 oz), 3-season tent and can be set up in three configurations between the tent, its fly, and the alcove. Think of it as three tents in one. The tent uses 3 poles for easy set-up, has two vestibules for gear storage in the rainfly, and ample space in its interior, including lots of headroom. 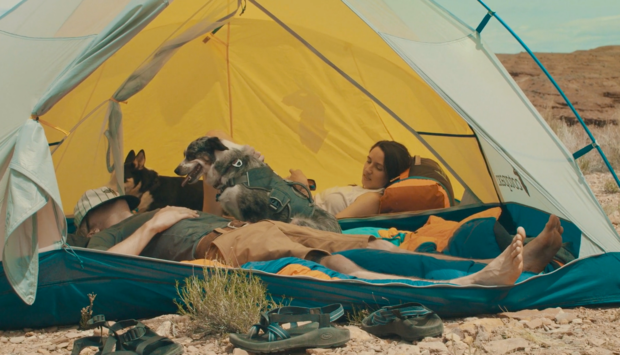 Expandable to fit you, your dog, and a couple of friends. Cotopaxi photo.

The snap-on alcove - the tent’s “guest room" - effectively doubles the space of the tent, and get this: it’s not just an added vestibule or awning—it features a built in floor, and only adds another 2.5 pounds to your pack (or to your hiking buddy’s, since it’s easy to separate). 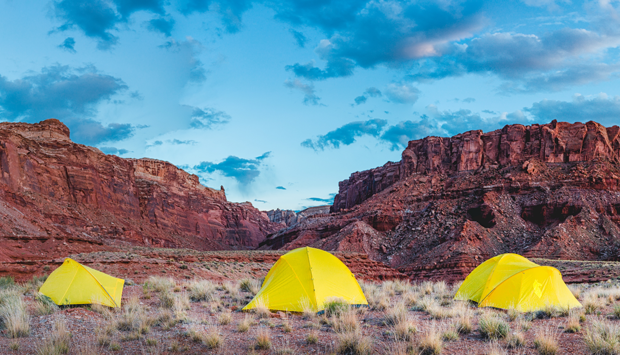 The Inti 2 can be set up in three configurations. Cotopaxi photo.

The alcove can also be set up separately against a tree or with trekking poles, making a great, breezy shelter to hide from the sun.

The retail price for the Inti 2 tent is $350 for the tent/fly, and $530 for the tent with fly + alcove—but if you want to be a trendsetter and hop on the Indiegogo campaign, you can get the Early Bird: Alcove Package and receive the tent, rainfly, alcove, and a Cotopaxi water bottle for $325 plus shipping. The first tents will ship out in late July.

Another thing to keep in mind: Cotopaxi’s products are “Gear For Good,” meaning that they donate a minimum of 10% of its profit to one its partner nonprofit organizations to create positive, sustainable impact in the communities that the organizations serve. Each piece of gear is linked to a humanitarian cause in some of the poorest regions of the world.

After just three days, the crowdfunding campaign has reached more than half of its goal of $35,000. Find out more about the Inti 2 and get your own on the Indiegogo page.

MOUNTAIN TOWN, USA — Epic Mountain Resort’s newly opened Base-to-Peak® Epic Magic Carpet® suffered a severe backlash in its opening week with a large plurality of locals condemning the lift system as “total bullshit” and “a complete waste of money, time and hours on the hill.” The magic carpet takes the place of the ski area’s 57-year-old beloved tram, Trammy McTramface, which was recently decommissioned and repurposed for scrap metal to be used in building out Epic Mountain Resort’s booming