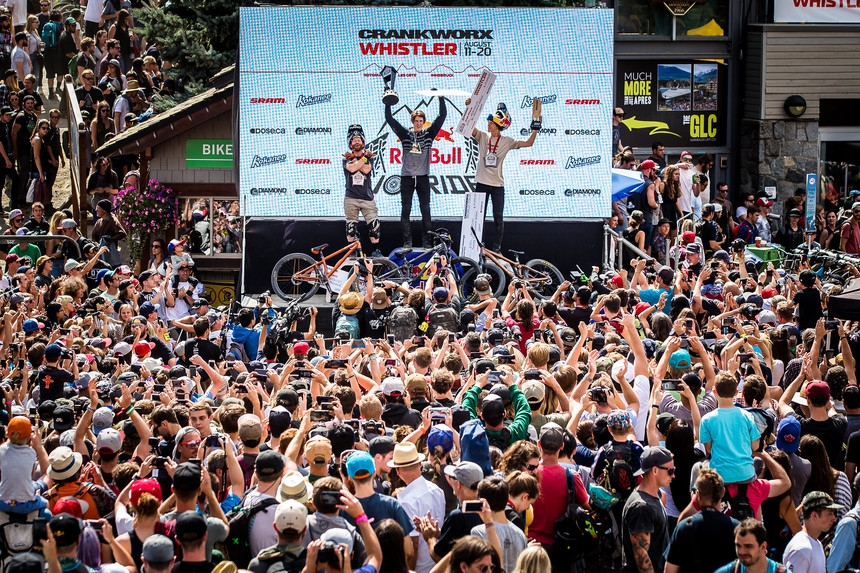 While the Whistler Bike Park just celebrated opening day, today came with some bittersweet news for the riding community. Crankworx just announced the annual 10-day mountain biking festival in Whistler is canceled for the second year in a row. On top of their ski season being cut short, this is just another big loss for Whistler and the mountain sports community. With British Columbia only being on step one of a four-step reopening process, the chances were just too slim that the show could go on this year. Bad news aside, Crankworx promises mountain bikers good times to come with the final competitions already rescheduled for August of 2022, including the 10th anniversary of the Red Bull Joyride.

Luckily, this season's remaining competitions are still set to go on in Innsbruck, Austria and Rotorua, New Zealand. This will be the first time ever Rotorua marks the final stop of the Crankworx world tour, hosting a jam packed lineup of international mountain bikers. Here athletes will grind it out to compete for the most badass title in mountain biking, the King and Queen of the Crankworx World Tour. Set for November 1-7 of this year, it is most definitely a competition you won’t want to miss.

Must Watch: The Crankworx Scrub-Off is Our New Favorite Event

Must Watch: The Crankworx Scrub-Off is Our New Favorite Event

When you gather the world’s best mountain bikers in one spot, shenanigans are likely to ensue. That’s exactly what happened at this year’s Crankworx Innsbruck when a group of riders loved the spine feature on the speed and style course so much that they created the first-ever World Scrub Off Championships. The whole point of the session was to see who could keep things low and to the ground while avoiding catastrophe on the other side of the jump. Ultimately Jackson Goldstone walked away with

What do you get when you put a bunch of send-hungry mountain bikers atop a massive jump with dozens of cameras and perfect light? The Crankworx Whip-Off, of course! Look no further if you wish to see a crew of the world’s best freeriders send with reckless abandon high in the mountains of Austria. This year, some of the usual suspects are absent from Crankworx Innsbruck, but that didn’t mean the show wasn’t there – with the power duo of Kade Edwards and Kaos Seagrave putting on one hell of