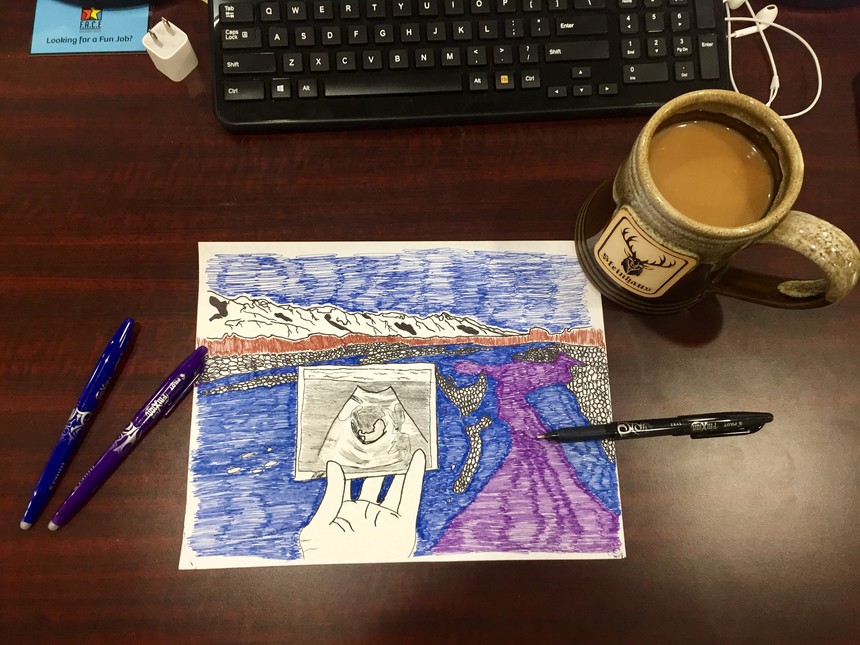 August 1st was a beautiful morning at Grand Targhee Resort. As I was about to begin my downhill mountain bike 101 clinic scheduled for 10AM, my phone rang. Allie, my girlfriend, told me that things were not going well with her father’s health, and that she was going to head down to Florida right away to help him. I asked if she would wait a few hours until I got off work so I could head down with her. The couple that signed up to do a clinic with me only signed up for a half day, so we would be done around 1PM. Allie said that I did not need to come, and said she would be fine making the drive alone. I convinced her to wait for me to head out, so she did. She packed our clothes and loaded her car up so that we could just hit the road after I got off work. It was my Friday, so I had the next few days off, it was also slowing down a bit before the closing weekends of lift access riding. I called my boss and he gave me the okay to take the time off and I told him we’d probably be back in 7-9 days. We loaded up Dobby and Taco, our dogs, and hit the road. “I’m not ready to leave yet.” Allie said to me in the drive thru of McDonald’s in Jackson. “We’ll only be gone a few weeks, it’s all good.” I replied.

We took turns driving that afternoon and drove all through the night. At about 8AM we stopped for gas in the middle of nowhere, Oklahoma. As I was walking out of the gas station I noticed a huge puddle of liquid formed under the Hyundai while we were inside. I kneeled down and got enough of the liquid on my fingers to smell it. “Shit” I said to Allie “That’s coolant.” I bought a gallon to replace what was laying in the pavement and we made the slow, steady 10 mile crawl to the nearest auto shop. Nine hours, a new radiator, and $400 later we were back on the road. 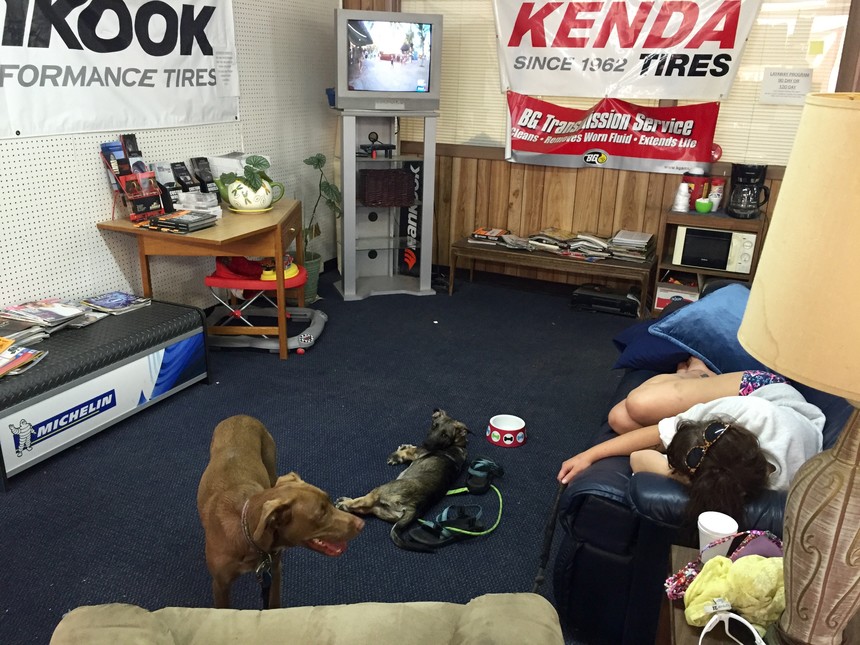 Florida is a long ways away from Idaho. We arrived in Pensacola the next night. Allie got her dad to the hospital where he stayed for a few days. I got the call from my boss that I needed to be back to work. I called my mom to find out if there was anyone in the family that could “gift” me some frequent flyer numbers. We learned that I myself actually had some saved up, enough to get me to Salt Lake City. The next day Taco and I went to the pet store to buy a TSA approved dog carrier, he was still a pup at the time and was small enough to be my carry on luggage. We used the rest of the money to arrange a bus ride from the SLC Airport to Rexburg where my roommate agreed to pick me up. Stressful, but manageable.

I was going to finish off the bike season at Targhee, save a few paychecks, then Taco and I would fly back down to Florida and drive back to Idaho with Allie & Dobby. A fun, scenic, off season getaway. Allie started acting weird. Total attitude change, one minute she was happy, the next she was pissed off. This continued for a few more days.

If there was ever not a way to tell someone you are pregnant, it’s over text message. The second worst thing you can do is to not answer your phone after you send a message like that. On Friday morning, while standing at the Dreamcatcher lift at Targhee I got that message. “Collin, I’m pregnant” that’s when the puking started. Somewhere around 16 times to be exact. Not a message you want to read while you’re standing in Wyoming and she’s eating lunch in Florida with her father. So I did the only sensible thing, packed whatever I could into my car, and started driving to Florida on Sunday after work. 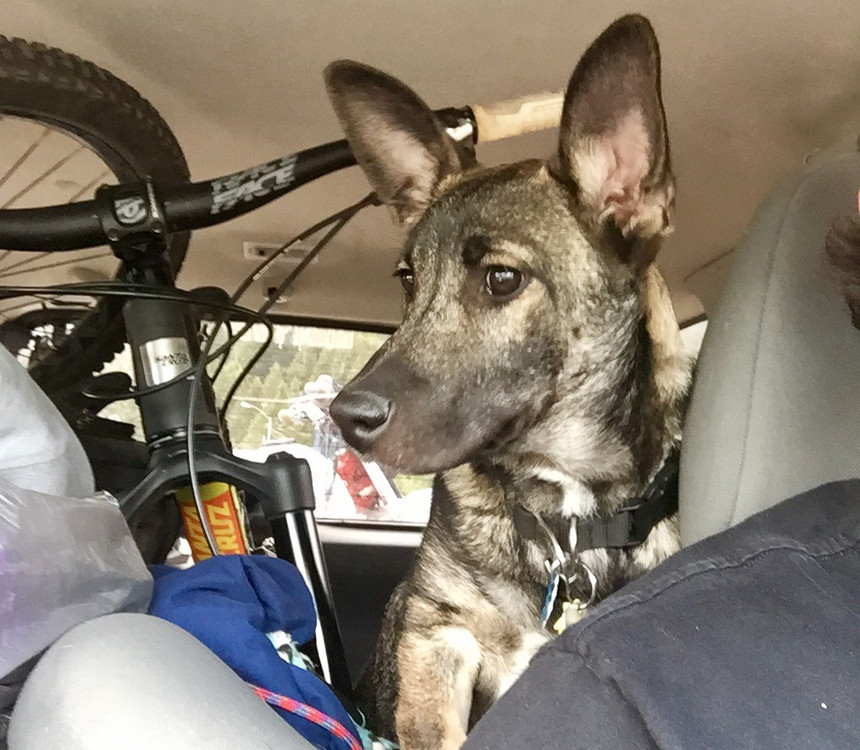 Taco and I made it to Denver around 2 AM and slept in the car about 20 miles East of town behind a Tractor Supply Store. We woke up the next morning and drove the remaining 20 hours to Florida only stopping for gas and to let Taco walk around. At 6AM on Tuesday we arrived in Pensacola tired, smelly, and hungry. For the next week we tried to work up how we were going to tell her father, as well as what we were going to do next.

We decided to head up to Tennessee where she would qualify for insurance. We also had her tiny house to live in, located on her grandparents property, until we found something else. Allie got her job at the weightloss clinic back and I was in the library looking for jobs daily. With the last bit of money I had, we made a weekend trip up to Detroit to tell my family. Mixed reactions. Allie and my dad went on a car ride by themselves the night we told him, and to this day I do not know what they talked about. We headed back down to Tennessee and I finally caught a lead with a “real” job. 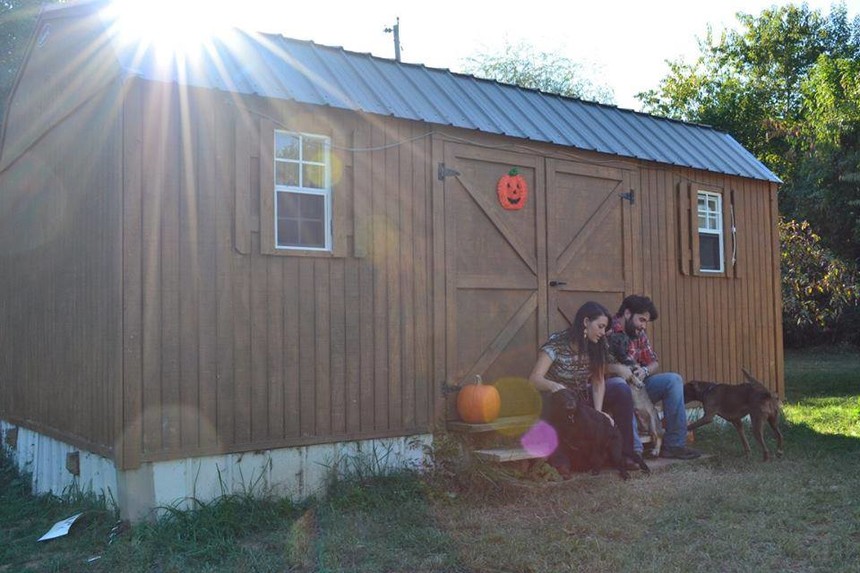 Towards the end of October I landed a job with a marketing agency in Kingsport. After everything we had gone through up to this point, it felt good. It felt really good. They offered me a job on a Thursday. I told them I could start the following week but I had to return to Idaho to get all of our stuff, and I would be back, ready to work on Wednesday. They were alright with that. Allie found a cheap flight from Knoxville to SLC and used one of her paychecks to book the flight. I used my only unemployment check to rent a budget truck to retrieve our belongings. On Saturday I flew into SLC, slept on a bench in the airport, then took an Uber to the truck rental the following morning. 12 Hours later all of our belongings in Idaho were packed into the back of that truck and I was sleeping on the floor of what used to be our bedroom. Luckily, our friends that we were living with found someone to take over our lease, he had the money in hand when I arrived to Idaho. He handed me the check for $500 and that was my gas money to get back to Tennessee. I did another non-stopper and arrived to Johnson City around 9pm on Tuesday night, ready to work Wednesday. Things were finally starting to make sense. For a minute anyways...

On a Tuesday evening at the end of November I was laid off from my marketing job because a client did not want to renew their contract. That hurt. I was finally doing something I really, really enjoyed, and was starting to feel comfortable. It was all taken away from me. That was also the day after our Ultrasound where we learned we were having a daughter. We also were about to sign a year lease on a house. We took a huge risk and signed the lease anyways. We had enough saved up from my first paychecks to keep us afloat until the end of January if I could not find work before then. Allie and I signed the year lease, on a $950/mth rental while only one of us had a job. “Terrified” does no justice to the emotions that I was feeling.

I returned to my familiar post at the library computer and got back on the job hustle. Luckily this period of unemployment lasted less than a week. I received an offer from FACE Amusement, an arcade group based out of Gray, Tn. They needed a Marketing Coordinator. I never would have guessed I’d be working for an arcade company, but it is strikingly similar to working within the ski industry.

Our baby girl is due in Mid April. No, we do not have a name. No, we have not read any parenting books. No, we are not ready for this. We have had an overwhelming amount of support from family & friends though. I have driven across the country more this fall than most people will ever. The last 7 months have been the most stressful of either of our lives. But we’ve made it through. We love each other. We’re happy. We’re confident. 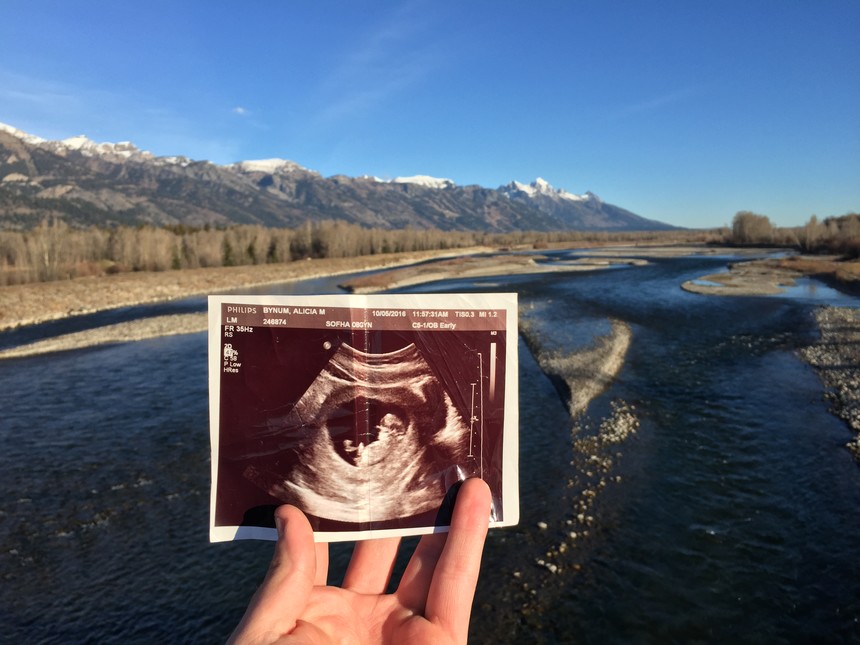