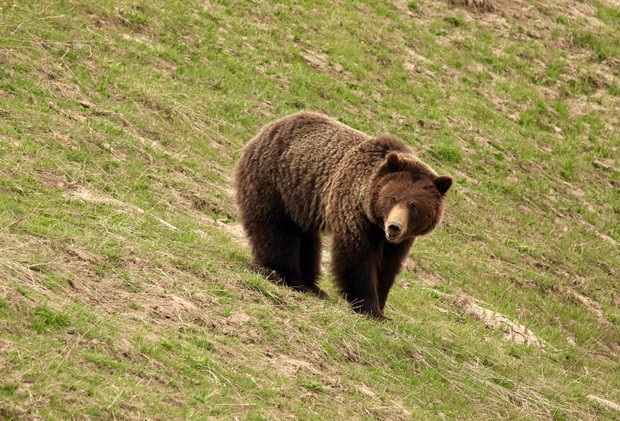 A grizzly bear in Hayden Valley, WY. The best way to protect bears like this is to respect their habitat and keep your distance. Andrew Wells photo.

Yellowstone National Park reported yesterday that rangers caught the bear suspected to be involved in the park's first fatal attack since 2011.

The internet is on fire with opinions.

If you aren't already plugged into the debate, some of the top comments on articles posted to Facebook will get you up to speed on the controversy:

Why euthanize the bear for being......a bear?

Our parks are for recreation. What if this had been a family or a child? People seem to have less sympathy for adults, animals don't take precedence over humans.

What? Really, a bear in a national park? Strange!

So, Yellowstone...Did you kill or trap and move the buffalo who have gorged or tossed mindless tourists and their selfie sticks? Nope. Those same dangerous photo hating buffalo are still out there, running loose.

Are you not allowed to carry a pistol in Yellowstone?

And, what everyone is wondering:

That's just wrong. Why does the bear have to be put down???

Good question. Here at TGR, we are saddened by the loss of both human and animal life. Although Lance Crosby, identified yesterday as the victim, was known to be an "experienced hiker," he also put himself in a dangerous position by hiking alone, off-trail, without bear spray, in bear country. There are inherent risks in such an activity. Grizzly bears don't differentiate between someone who lived and worked in the park for five years and someone who is simply in their territory.

Putting down the mother bear, and potentially her cubs, is tragic. But it's also important to understand where our friends over at Yellowstone National Park are coming from.

A press release from the park on August 8th outlines the facts and the process very clearly. The victim's body was found "partially consumed and cached, or covered" off trail (suggesting predatory, not completely defensive, behavior and the intent to return and continuing feeding) and had defensive wounds on his forearms. Partial tracks found at the scene indicate an adult female grizzly and at least one cub to be involved in the incident. Wildlife biologists gathered evidence for bear DNA recovery, and if the trapped bear's DNA and tracks match those at the scene, it will have to be euthanized. 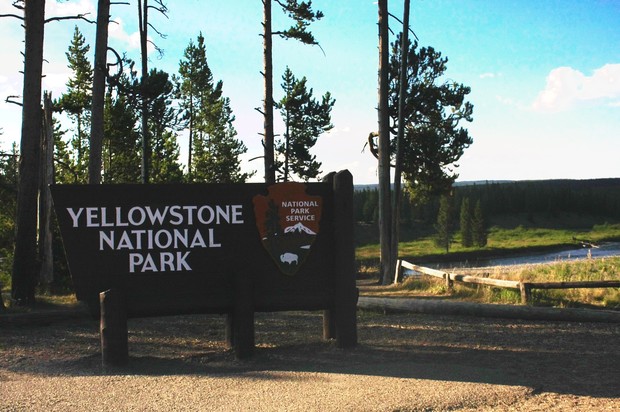 "The decision to euthanize a bear is one that we do not take lightly. As park managers, we are constantly working to strike a balance between the preservation of park resources and the safety of our park visitors and employees,” said Dan Wenk, superintendent of Yellowstone National Park, in a statement on August 10. “Our decision is based on the totality of the circumstances in this unfortunate event. Yellowstone has had a grizzly bear management program since 1983. The primary goals of this program are to minimize bear-human interactions, prevent human-caused displacement of bears from prime food sources, and to decrease the risk of bear-caused human injuries.”

According to the National Park Service, between 674 and 839 grizzly bears are thought to roam the Greater Yellowstone Ecosystem. The best way to protect these bears, and the rest of the wildlife, is to keep your distance. After all, they're wild animals ... not props in your next selfie.

So what do you think is the best course of action for Yellowstone National Park? Killing the bear and cubs that were involved in the attack? Having the bear cubs adopted by a zoo or facility? Implementing an increased bear awareness program? Limiting hiking zones? Let us know your opinion below.

This is an old article that goes into great detail about some of those questions raised. If it wasn’t defensive, then most likely, the bear will be put down. Make it a two strike system similar to our wonderful justice system. One human and you get a warning. Two humans and its life behind bars Do we know if he was suicidal? A 5yr experienced hiker/employee of the park, going into the thick of Yellowstone, without bear spray or a .45 caliber pistol?  That doesn’t add up.  I am a moderate hiker at best and know better than that.  My family/friends would probably ALERT the rangers if they knew I was up to such shenanigans….

you think a fucking .45 will stop a grizzly from killing you, you fool

9 rounds would certainly scare it off, never said it would kill it.  i would spray it first, then fire a few rounds to scare it even further off.  however - this happened—- http://www.nationalparkstraveler.com/2010/05/grizzly-bear-shot-and-killed-hikers-denali-national-park-and-preserve5943

all of this after / during me shitting my pants (of course)

anyone supporting the killing of this bear is a complete moron

this is the bears house, you’re just visiting at your own risk If it wasn’t a defensive act then the bear should be put down.  There is a chance now that this bear and its cub could start considering humans as a prey source.  It is understandable that YNP wouldn’t want to put any other people at greater risk.  You have to trust the Park Service on this one, whatever they decide.  Biologists within the park know bears of that area better than anyone.  Removing two bears from such a vast population isn’t going to cause the downfall of the species.

Save the bears shoot the stupid humans.

What are you talking here man? I think that you need to see my assignment help about it that you can work on and you can get an idea about. It will help you a lot and you will know what is going on here.

Timely submission of your papers is our top priority. Sometimes, deadline can be tight due to length and difficulty level of the paper but we deliver paper within timeline and quality of our papers remain same.  academic writing services

Our international team is permanently working to develop of our tools and system and knows how to get the best and quickest results for our clients. see here

I AM HAPPY TO FIND THIS POST VERY USEFUL FOR ME, AS IT CONTAINS ALOT OF INFORMATION.
Case Study Writing Services

I honestly find the contents to this platform pretty impressive and informative at the same time.
I will share these details with my case study writing services friends now.

I was looking for something like this. This event presented a great chance for the academia writers

On Sunday, May 29, a rockfall and avalanche were reported in the Dreamweaver Couloir on Colorado’s Mt. Meeker. A party of two male and one female climbers were inside the couloir early in the morning when they were struck by rockfall and the avalanche. Tragcially, one male climber was fully buried and killed, while the other was severely injured by rockfall. Luckily, the female climber only sustained minor injuries. Search and Rescue teams were activated, but faced winter conditions on the