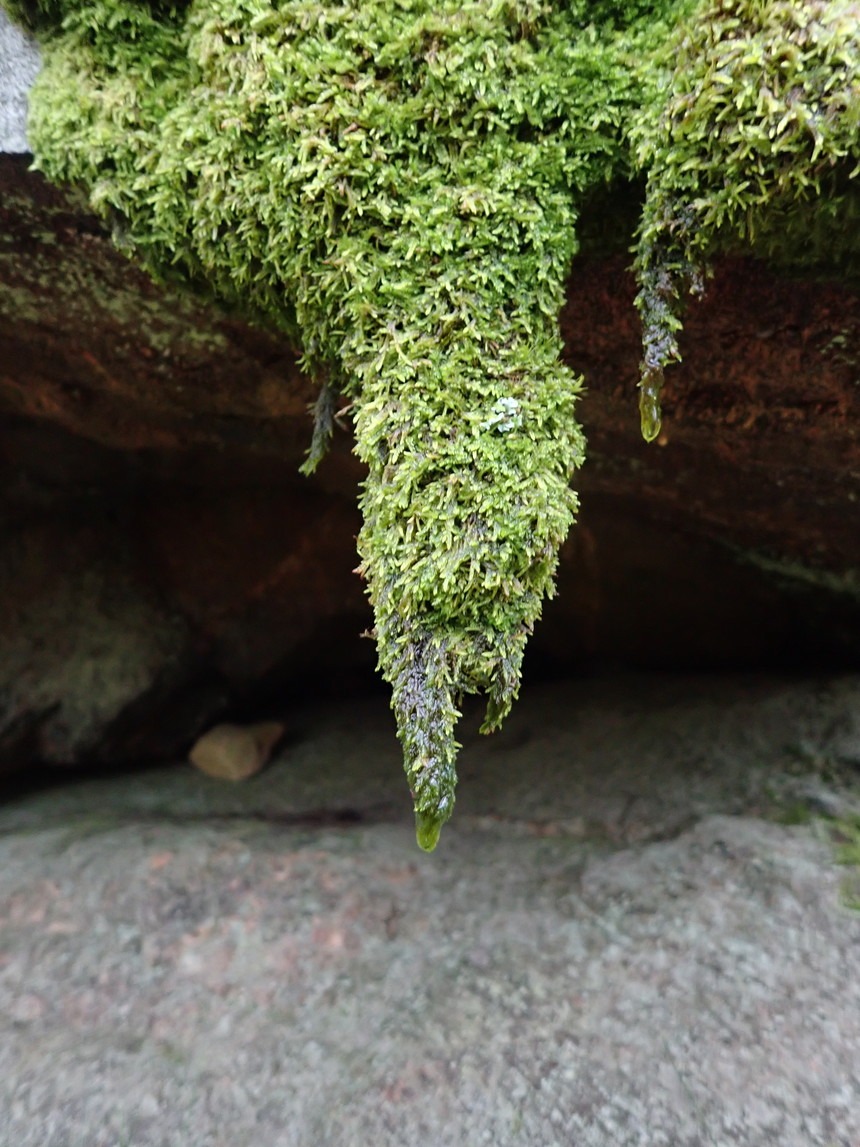 The book "Suomen Luolat" gives a hint of a cave in Kirkkonummi, near someone's yard, with fuzzy coordinates that could be off by kilometres.

Today I went looking for this cave.

Earlier this year, we were looking for a cave to the west from the famous Högberget cave. The established theory of the Högberget cave is that it is a glacial water cave. My theory is that this cave is an ancient beach cave, fitting the description of similar caves in Sweden, all found at the ancient sea level. If true, the search for any other caves is best conducted by following the same altitude contours as in Högberget. Jarmo and I ended up, most likely, finding the "Skevabackgrotta" cave to the west of Högberget.

This time, the fuzzy coordinates in the book point to east of Högberget. I wanted to test my theory about beach caves again, so I set out to follow the same contours in the Tallbacka and Bastuberg areas.

The going was difficult, however.... the area has houses, and I don't want to go too close to them. Particularly when the dogs seemed to sense my presence :-) Sadly, the houses in Tallbacka are exactly on the right altitude, so maybe there is some truth to the claim that the cave might be in someone's yard. But I did not see anything too obvious when looking further away to the houses.

I did find a couple of smaller holes that would just or just enable a small person to stay in.

At Bastuberg I found a tunnel under a boulder that I would classify as a small cave, on the Finnish scale of caves :-) maybe two meters, crawlable through. Definitely enough for me to be completely in. And some animal had been digging for deeper hole further into the ground.

I also find a very small roof under a boulder that I think a small person might fit in entirely.

Anyway, a nice three hour hike through the woods in nice weather. I don't think I found the cave hinted by the book, probably I should go ask the residents in Tallbacka if they've heard of a cave somewhere. 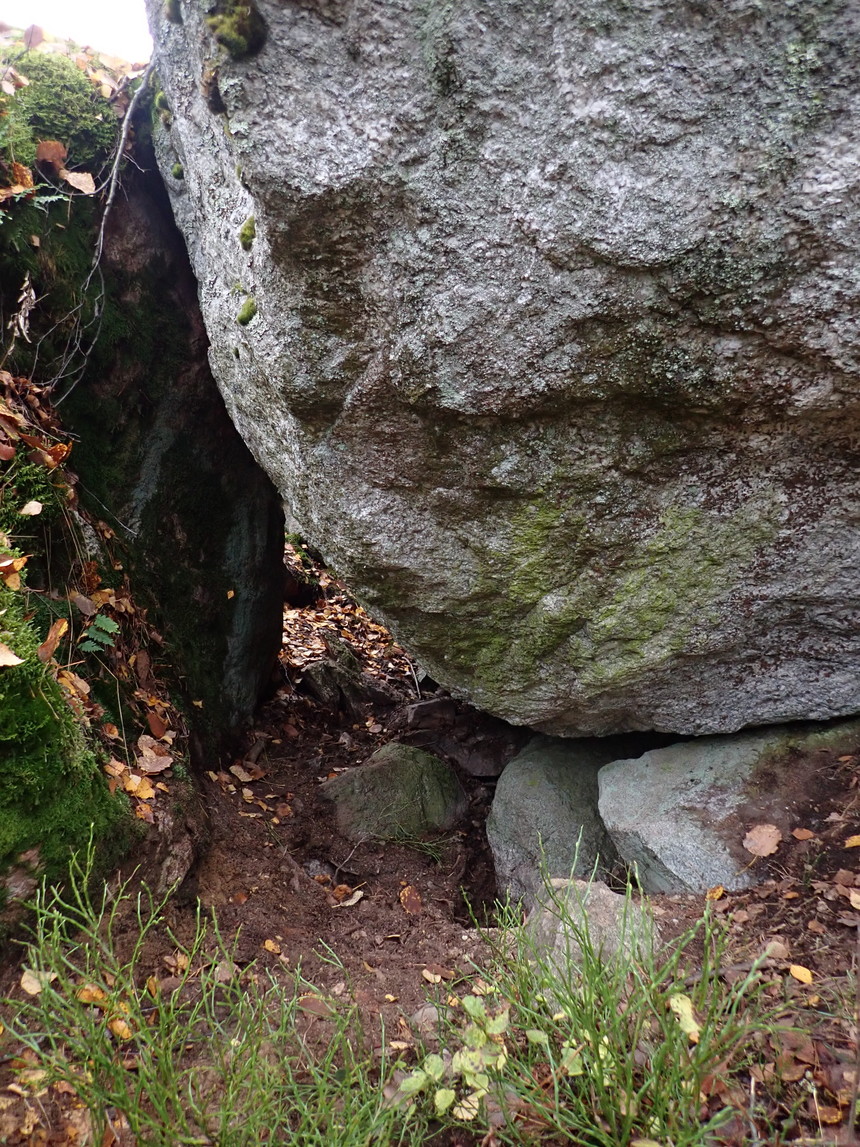 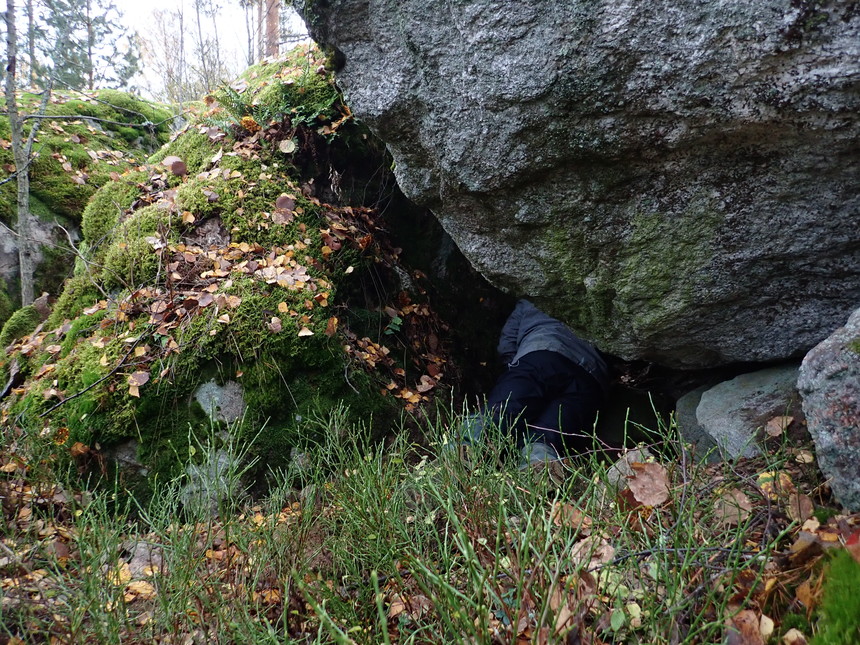 The small roof cave in Bastuberget: 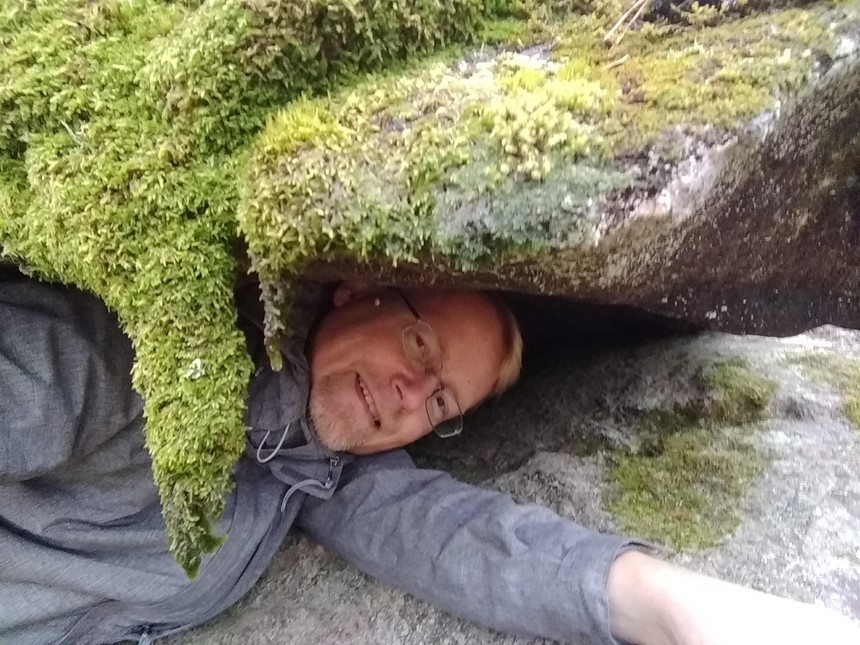 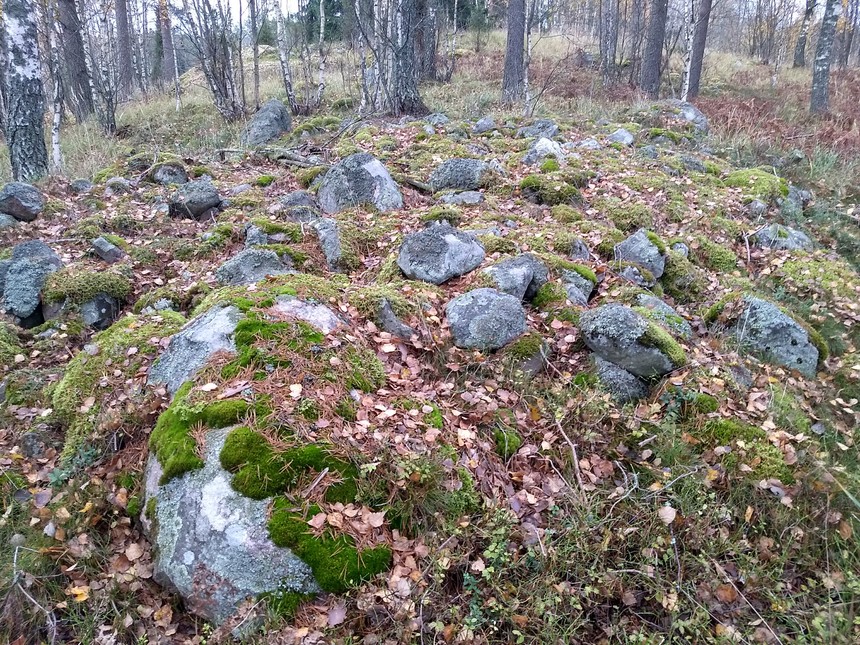 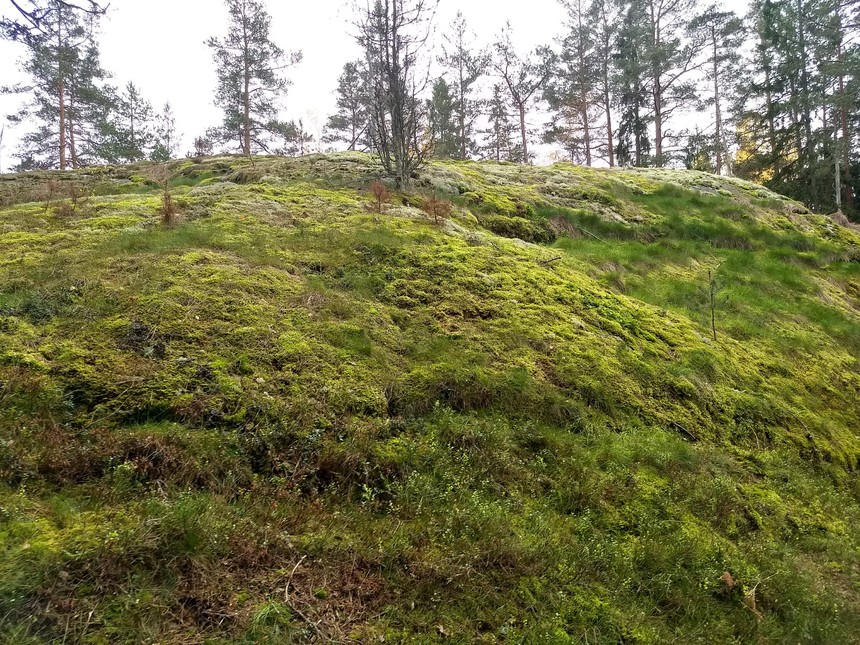 The hole in the cliff face in Tallbacken: 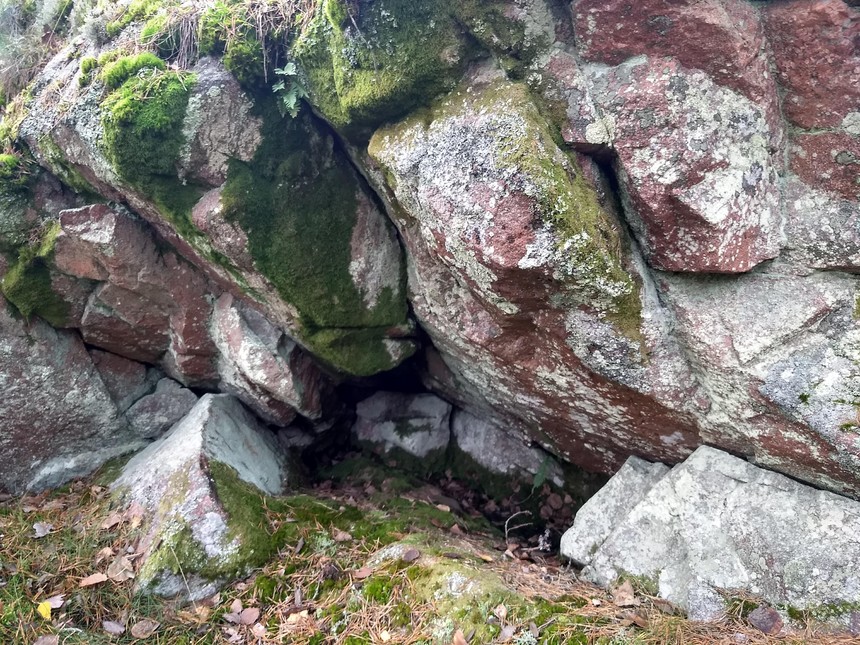 The small roof crack in Tallbacken: 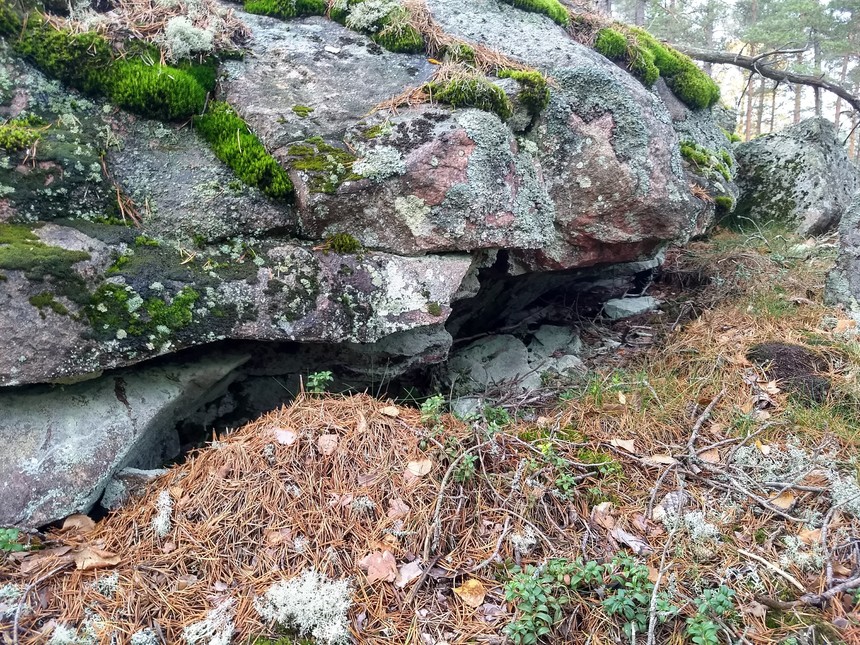 The small boulder cave in Tallbacken: 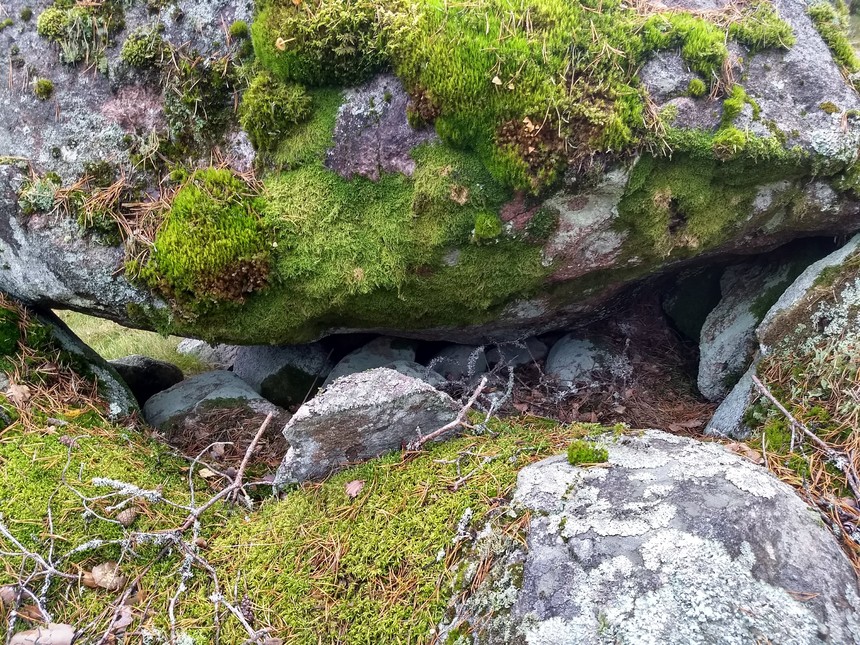 This article has also been published at Blogspot. Tämä artikkeli löytyy myös suomeksi Relaasta. And all caving articles can of course be found at planetcaver.net!