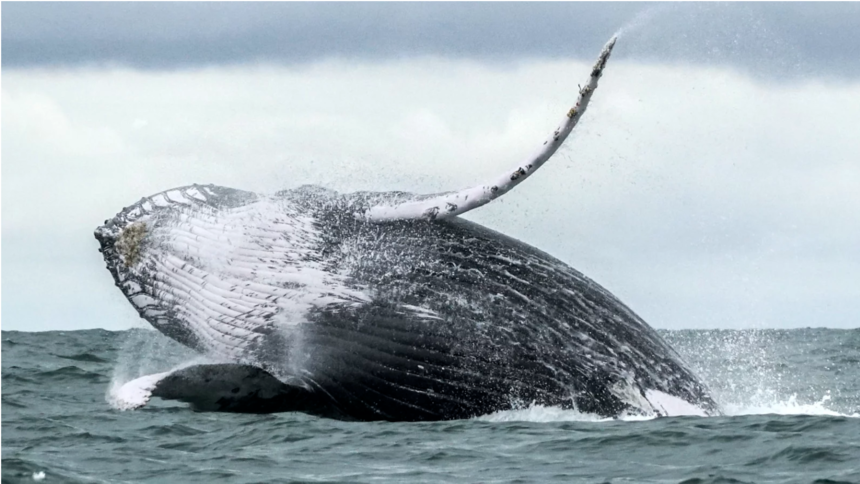 A humpback whale surfaces in the pacific ocean. Michael Packard survived being swallowed by the same creature while lobster diving in Cape Cod. | Miguel Medina photo.

It’s all over the news, but it still seems impossible to believe something so mind blowing. Lobster diver Michael Packard was swallowed whole by a humpback whale and survived to tell the tale. Is Packard the modern day Jonah you may ask? Our research would back that statement. Packard was 45 feet underwater, hunting for lobsters off the coast of Provincetown, when he suddenly was pulled in and surrounded by darkness. He quickly realized that he had been swallowed by a whale. Recalling the moment he was inside the whale, Packard thought he was as good as dead. Only moments later was he tossed around and eventually spit out by the massive sea creature.

A bystander above water said he saw the whale violently emerge and Packard right after into all the action. Packard walked away with only a dislocated knee and some soft tissue injuries. Many agree he’s lucky to be alive... which is no new reality for Michael Packard. On top of surviving being swallowed by a humpback whale, Packard has also survived a jungle plane crash, being dragged out to sea for hours, and many close encounters with great white sharks. So do all lobster divers have nine lives?

Michael Packard obviously has no fear. He’s also single handedly just brought the biblical story of Jonah into the realms of possibility.

I can’t even imagine being in that situation. What a brave guy who persevered and survive. Thanks for sharing! Septic Pumping

That is definitely astounding! I can’t believe the title when I saw it. Still, Thanks for sharing this! Emergency Tree Service

All the ideas provided on this page are special for users to collect important factors very easily than other pages. The best collection of those ideas are making more readers into the page and make the page special too.php application development company

Wow! What a miracle. How could that even be possible? Do whales not have any stomach acid? Wild. Anyway, follow us… www.pressurewashnaperville.com

Usually I have great input for interesting topics like this, but this is just unbelievable. Great hes still alive.
Click Here

link to our site

I highly appreciate your work here! Thank you so much!
site link

Very Informative News. I m sharing this on Facebook. Thank You.
Best good-morning-images

Typically, I have excellent suggestions for interesting topics like this, but this is beyond incredible. It’s great that he’s still alive. Regards, Marietta Drywall Contractors

We’ve heard our fair share of sufferfests, but fat biking across the remote interior of Iceland on ice and snow really takes things to another level. Earlier this month Rebecca Rusch, Chris Burkard, and Gus Morton left on an expedition to cross the country via a new north to south route. Even though much of the Northern hemisphere was transitioning to spring, Iceland was still very much in winter with -23 degree Celsius temperatures and 60mph winds in the forecast. Sounds balmy. Despite the