A few years ago, Moment Skis, the quirky freeride ski brand based out of Reno, Nevada – Las Vegas’ even weirder and dirtier cousin – launched the 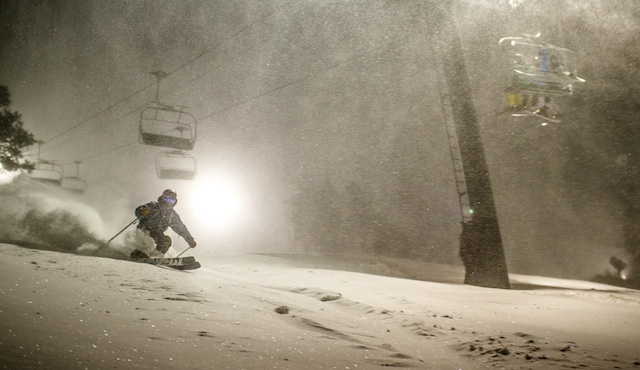 Midnight pow on the Deathwish.

Almost as fun as its pow performance is how this ski rips on groomers. Despite a 112 waist and notable rocker in the tip and tail, the Dirty Moustache rocker puts down four distinct contact points every time you edge the ski, utilizing the funky camber design to produce an effect similar to Nas’ infamous Magne-Traction. Even on icy New Hampshire groomers, with a forward lean this ski held such a good edge I was laying down turns almost to the hips and loving every second. The increased edge hold compared to most traditionally cambered skis also means less energy spent holding an uphill edge on sketchy traverses, and makes for an incredible spring ski that rips through slush and pushes back against heavier snow.

The drawbacks? In hard wind crust or rotten spring snow, the Deathwish loses its soft-snow performance and doesn’t want to release from turns, opting instead to lock the edge firmly in place.  In choppy crud blasted by the sun and then frozen in the shade, the extra contact points feel like they’re latching onto every firm surface and pulling your ski in that direction. In general, on firm snow, this ski wants to be on edge. The ski is also not as much of a pure pow jibber as the Sir Francis Bacon due to its directional shape, and is reportedly less powerful on groomers and less of a straight-line charger than the Praxis Concept, and East Coast pow skiers might want something slightly softer and less grippy for tight trees.

The bottom line? Very, very few skis can match the range of performance that the 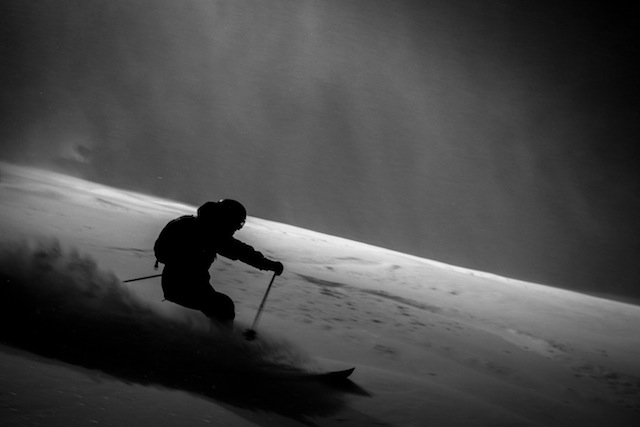 Who should buy the Deathwish? Mostly West Coast skiers who have a more carvy, jibby, playful style but still spend most of their time pointed forwards and who are looking for a do-it-all ski that they can bring to the mountain without having to consider conditions first. Moment also added the same Moustache Rocker to the Sierra, meaning the ladies get to jump in on the brand’s one-ski quiver fun, too.

Want to buy the Deathwish? Check it out in the TGR store: http://goo.gl/7giwe3

Vail Resorts has unveiled a comprehensive safety-focused plan for the upcoming winter season, effective at all its North American resorts when the season kicks off November 6 at Keystone. This will likely set a precedent for other North American ski resorts to follow. Most notably, the plan calls for the following steps, including on-mountain distancing and a reservation system prioritizing passholders: Guests will be required to wear face coverings to get on the mountain and in all parts of

Labor Day has traditionally signaled the end of the summer for all us denizens of the Northern Hemisphere – and man, did summer end abruptly this year. Leave it to 2020 to give us yet another rollercoaster ride, although this one sure looked pretty. Lots of mountains across the West saw their first real snowfall of the year late last night, with several inches falling at higher elevations. Check out some shots from our friends over at Jackson Hole Mountain Resort from this morning…the first