When Stephanie Battieste found a skateboard on the side of the road, she had no idea how much impact it would have on her life. The thirteen year old liked it immediately and would play with the board in her father’s garage. However, the lack of infrastructures and friends to skate with made it hard for her to keep up with it. Eventually, a friend gave her a better board that she would use to skate around King City, ON but it wasn’t until she moved to downtown Toronto that she really had the chance to embrace it.

There wasn’t any park and I didn’t really know anyone that skated so it’s not as fun. When I moved to Toronto, there was a park just down the street that I still go to today, the Dunbat skatepark. It’s turned into an addiction. Now it’s going into 8 years and still going strong. 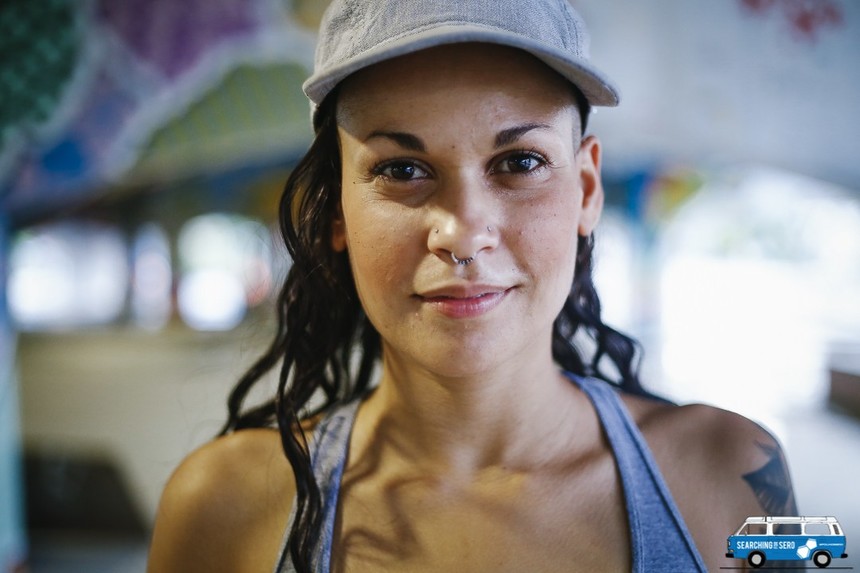 The vibrant girl had finally access to a place where she could skate and meet likeminded people; where she could watch others skills and try to improve hers. She liked the physical aspect of the sport and being able to train and exude some energy while still enjoying herself. She also liked the social aspect of skating at a park.

Now, all these years later, I’m friends with everyone there. It’s a very social, fun thing to do. It’s like my cheers. I feel so lucky because I always have somewhere to go where I’m going to see familiar faces and we are all there to have fun.

But even if she has made lots of friends over the years, Stephanie was always hoping there to be more girls skating.

I spent six years being the only single girl there ever; every single day no mater what. It was fine, but I also wanted to prove myself because I was the only girl there. Trying to fit in with the guys. Once in a while, I’d see one out there. She’d be from BC or somewhere random.

She wanted a group, she’d have to make it happen. She started Babes Brigade in August 2015 and the group hasn’t stopped growing since. They meet weekly at a park to skate together. In the summer they meet in different outdoor parks in the city and in the winter, an indoor park has allowed them to have a weekly girls night. 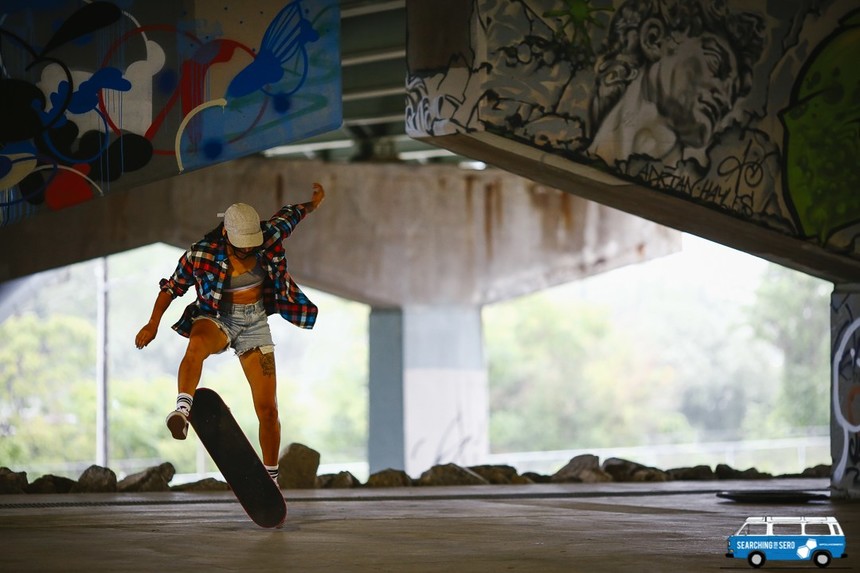 I just love skating with other girls, it’s inspiring and it’s nice to have a crew of us out there. As soon as I put it out there, it just became more and more. Now, there is a solid group of 10-12 that always come out no mater what and we have tons of new girls constantly wanting to come out.

On top of the weekly meet-ups, Babes Brigade has also organized or been part of a number of side events. They have organized a girl skateboard contest, have been on a road trip to North Bay, have met kids in school to showcase skateboarding and more recently a group of them went to Montreal for Jackalope.

A couple of the girls in my group had never been in a contest before and Jackalope has a girl division. Letícia Bufoni, the biggest pro female skateboarder was there competing against them. Because the girl scene is still small enough, there were girls from France that flew in to compete. It was a big thing for us, we were able to connect with these girls. Even meeting the girls from Montreal was good because they had a female group for years now. They have the history behind them so it’s a good connection.

Stephanie is not only inspired by other skaters, she is inspiring. Babes Brigade is motivating other girls to get out and skate, providing an amazing place to learn and grow as a skater. The social aspect of the group is also helping some of them on a personal level.

Some girls have social anxiety, depression, bipolar, everything that you might not know off the bat but having a group, knowing they can go somewhere where there is going to be a safe, comfortable zone, a community of girls that are all positive and encouraging allows them to come out and skate with us when otherwise they might have not even left their house. The sport is also providing her with the physical activity and outlet she is looking for and is a constant mental challenge, making her feel she has the strength to overcome obstacles.

I love the mental side of it. It’s a huge mental challenge to convince yourself you can do these things. No matter how advanced you are, there is going to be things that you’re a little bit uncomfortable or that scare you. I like that. I like things that scare me, that makes me feel alive.

Stephanie is definitely alive. It’s great to listen to her talk about her vision for Babes Brigade and how she hopes to make it grow both to help more girls get into skateboard but also to give them a platform to be recognized as skateboarder, photographer, designer and so on.

I want to have it be a women skateboarding brand that has an official team. That team will be what the younger skaters, the younger girls now can aspire to skate for Babe’s Brigade. I want the girls to be able to make money, to get into the same magazines that the guys are getting into.

While working on that respectable goal, Stephanie is also happy with what the group has brought her so far and that is that friendships she has made along the way.

I have so many girlfriends now. Most of us are those girls that were tom boys their whole lives, that usually were loners or felt like the black sheep. Now, we all met each other and we are all likeminded females so it’s perfect. I have all these friends, they are encouraging me and we become stronger as a group then we ever would on our own.

It’s amazing to see that leadership in the community. It’s even more important in urban settings where it often seems more challenging to get outside and play. Stephanie is making sure that girls and women have access to those opportunities and we wish her and Babes Brigade great success!