Last week a great white shark cruised along the shore of Nauset Beach in Massachusetts, causing hysterics among these young girls. Their mom, however, was cool as a cucumber. “It’s not coming on the sand,” she chastised. “This isn’t Sharknado. What are you doing?” Props to this mom for not letting a panic ensue!

If you are out in the Cape Cod area though, you should be aware; shark activity has been high recently. On August 15th, not too far from this beach, 61-year-old William Lytton was bitten by a shark. He told KHQA News that he'd been swimming in about "8 to 10 feet" of water just a few yards from shore when he a sharp pain in his left leg; he was bitten by a shark. He was able to get free by punching it in the gills and was then airlifted to Tufts Medical Center in Boston where he underwent surgery. 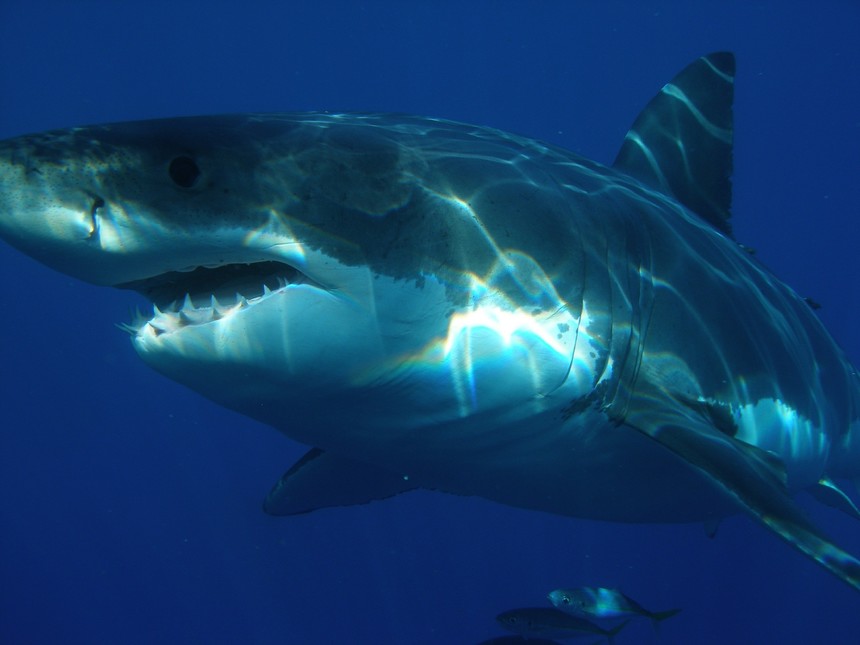 According to National Geographic, "Of the 100-plus annual shark attacks worldwide, fully one-third to one-half are attributable to great whites. However, most of these are not fatal, and new research finds that great whites, who are naturally curious, are 'sample biting' then releasing their victims rather than preying on humans." Flickr Creative Commons photo.

Mandating sharks within a 1,000 yards of shore need to be killed.

This reminds me of time we were on vacation down in Florida.  Scary then and still scary now.
Painters Carmel