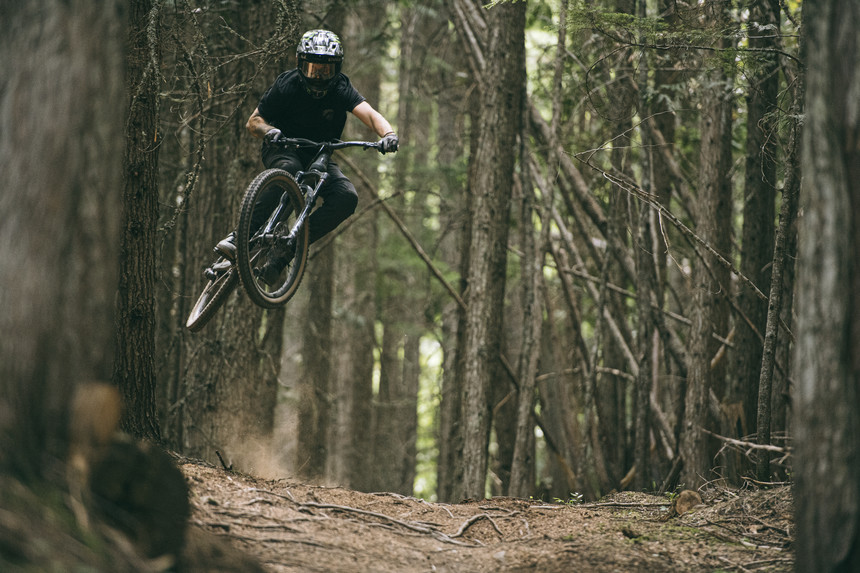 Graham Agassiz shares some moments from his time in Retallack filming for Accomplice. Paris Gore photos.

Riding your bike on your home trails is cool, but one of the greatest things about mountain biking is how it acts as a tool for exploration. Exploring new trails, learning new riding styles, and meeting all the great people that make up the community makes the sport what it is – even for someone as legendary and accomplished as freerider Graham Agassiz. With the famed riding spot of Kamloops, BC as home base, Aggy has access to some of the best riding in the world just outside his doorstep. But that didn’t stop him from exploring a little further from home for TGR’s Accomplice.

For his featured segment in the film, Aggy showed off his trademark style on a custom-built trail in Retallack. It’s got everything that makes BC riding great – loamy steeps, tons of speed, and big jumps to trick as only he knows how. 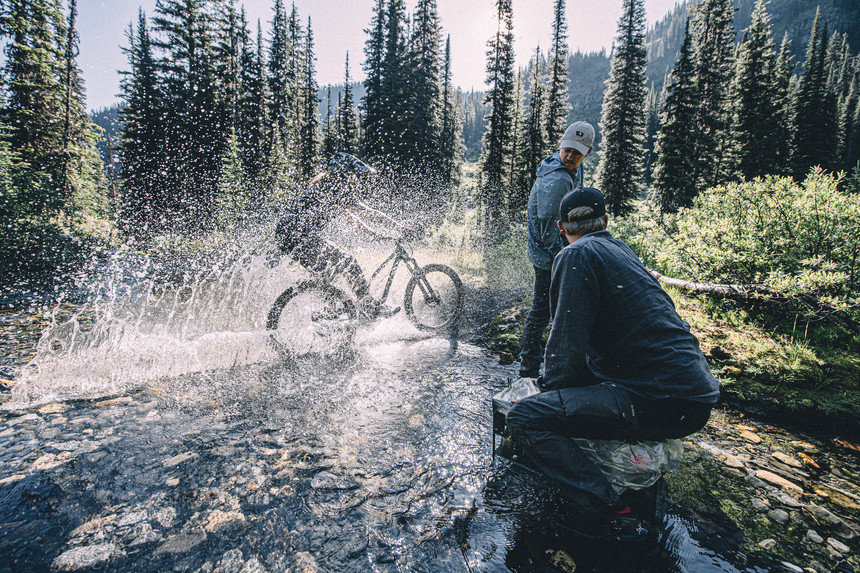 For people who haven’t been to BC before, the first thing you’ll notice is a ton of pickup trucks with tailgate pads and bike racks cruising down the highway. You just know when you’re here. The culture is very alive and mountain biking is very supported all over British Columbia. 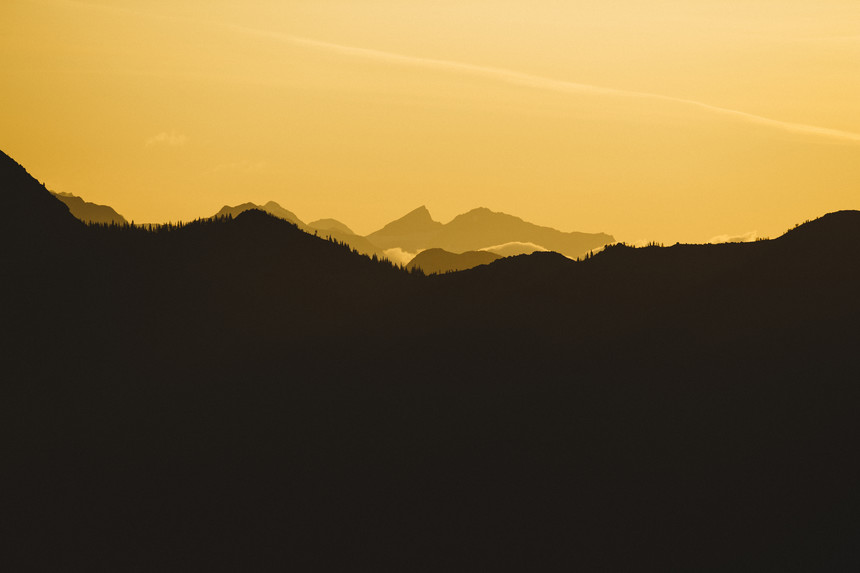 Places like Kamloops and Nelson and Retallack, shuttling is alive and well, and we like to go ride jumps and big trails. These days, it’s cool to pass the torch to the next generation and keep freeride alive. 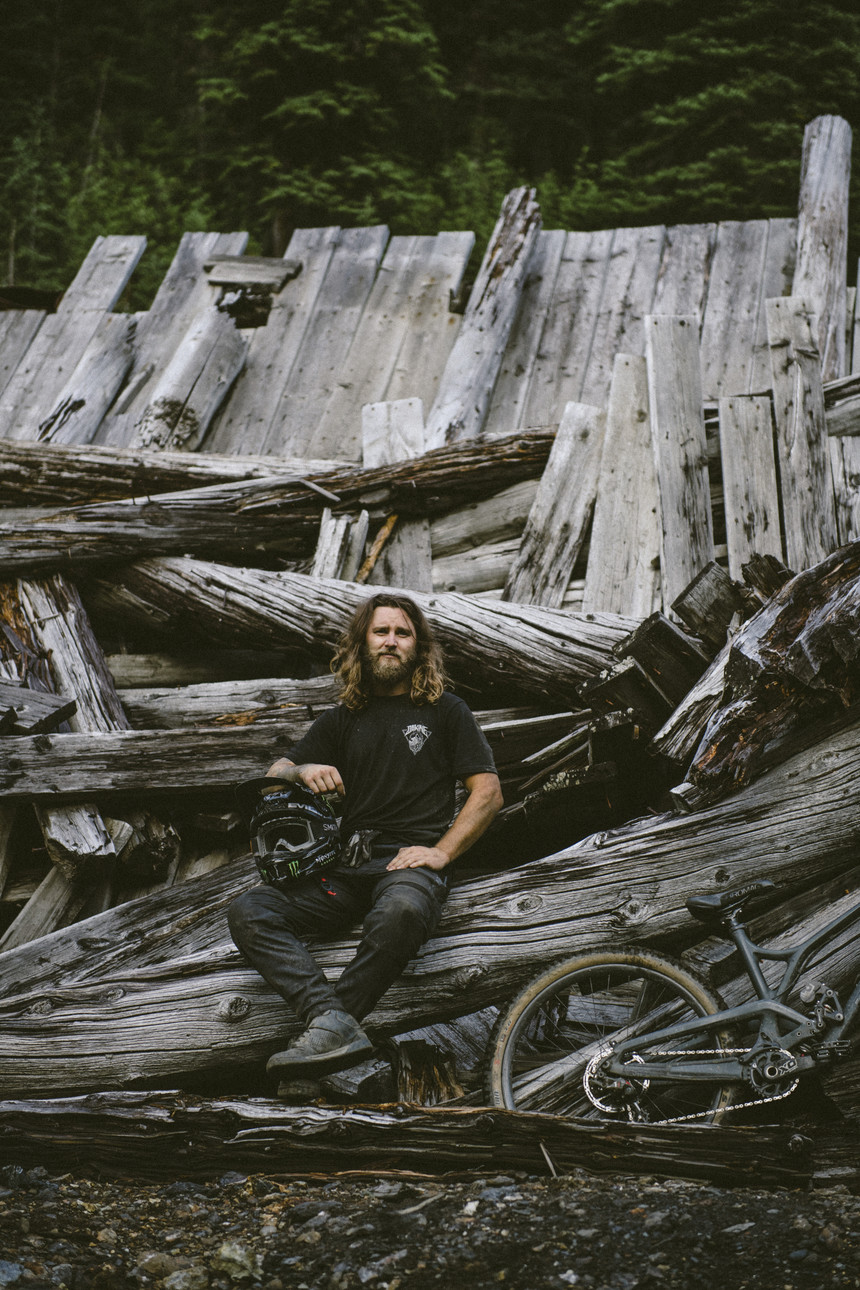 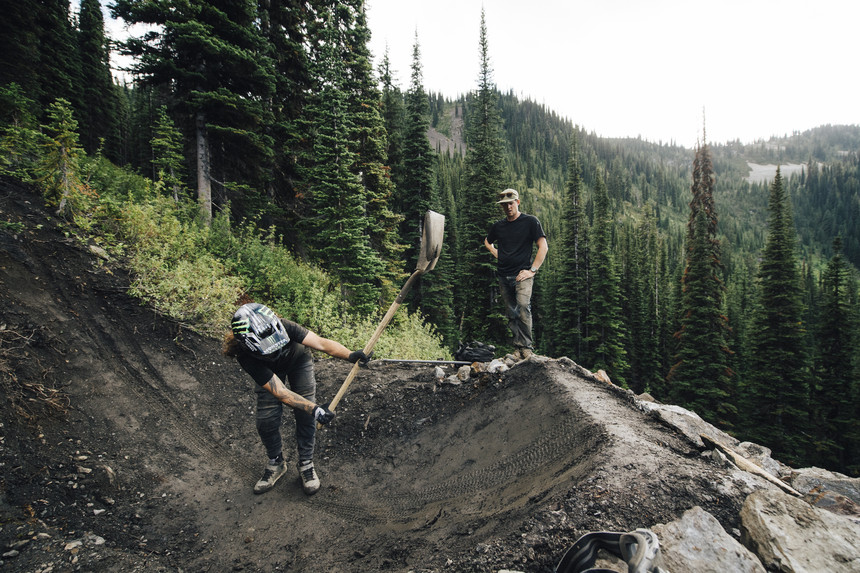 Freeride is definitely a bit of a dying art here, but funny enough the industry does seem to have come full circle. First they pushed freeride super hard, then it went all trail bike and enduro, and now those bikes are getting beefed up again and are basically mini-freeride machines and that’s what most folks like to ride around here. It’s definitely been the riders who have kept the culture going. 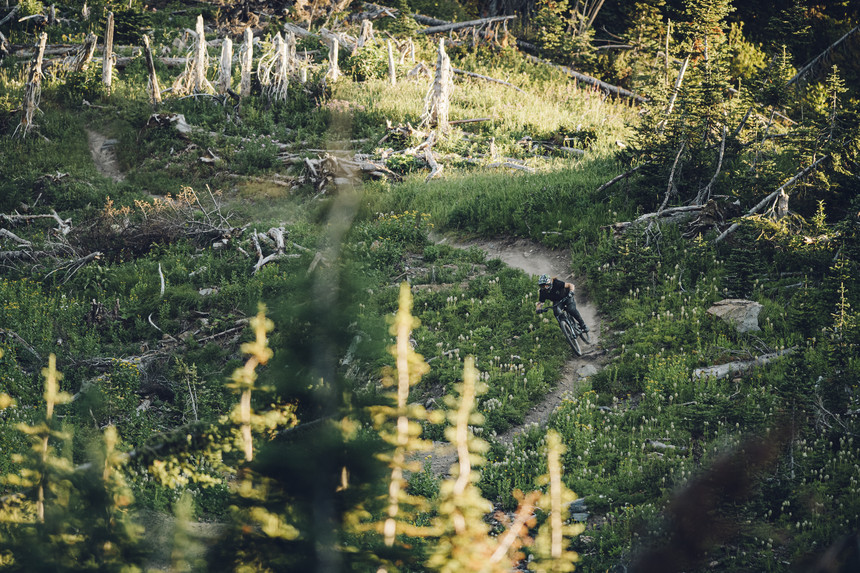 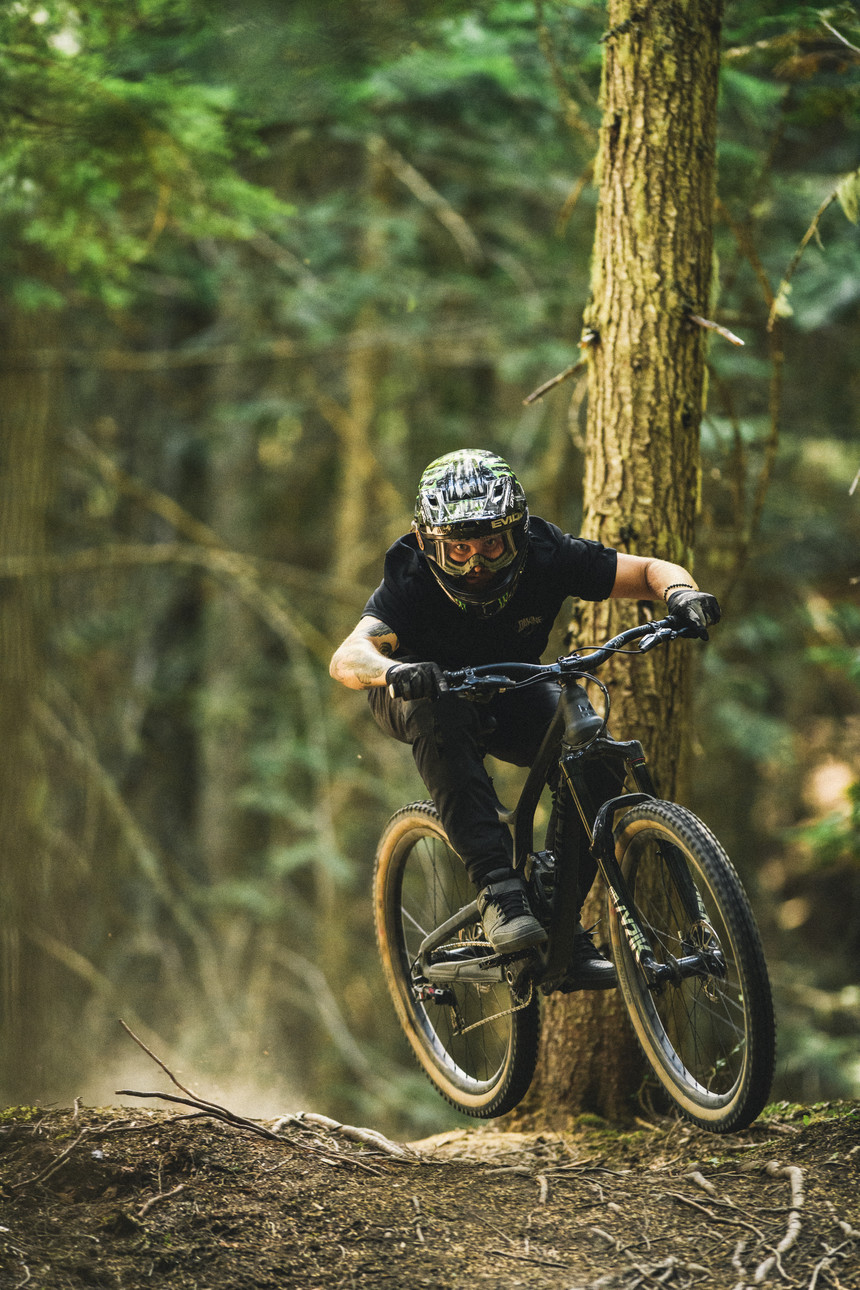 For the film, I rode two different bikes from Evil. One of them was the Calling for the Retallack piece. It’s definitely my favorite bike of the whole fleet, and I can say it’s everyone at the warehouse’s favorite bike as well. They call it the bike-shaped-skateboard. I gave it what I like to call the advanced karate mods. Normally it’s 150mm in the front and 130mm in the back, I made it 160/140, by switching the shock and doing some other secret stuff. That helps me charge super hard on trails where most people are riding downhill bikes.