On Saturday, September 15, join Teton Gravity Research for the world premiere / fundraiser of our new ski and snowboard film, Far Out, presented by REI. For the 23rd consecutive year, 100% of the proceeds from this event will be donated to local charity partners. The premiere will take place at Walk Festival Hall with two screenings:

The showings will take place as part of the inaugural TGR FarOutFest, where Teton Village will transform for a full day of music, activities and entertainment brought to you for FREE by 10 Barrel Brewing Company.  This includes free concerts by headliners Roots of Creation and The Floozies, as well as a musical tribute to Candice Miller from Karee Miller and Friends.

VIP passes now available - buy your pass including reserved seat at the late show, hosted bar in the hospitality area of FarOutFest, swag bags and more.  Click here to buy.  There will be a ton of prize giveaways from our partners at Yeti, Atomic, Volkl, The North Face, Outdoor Research and others.  Plus, enter to win our tour grand prizes - this year including trips to Alyeska, AK (including a day of heliskiing with CPG), a trip to Jackson Hole, a trip to Ski City (Salt Lake) including skiing at the four resorts within an hour of the city, or a trip to Crested Butte, CO. 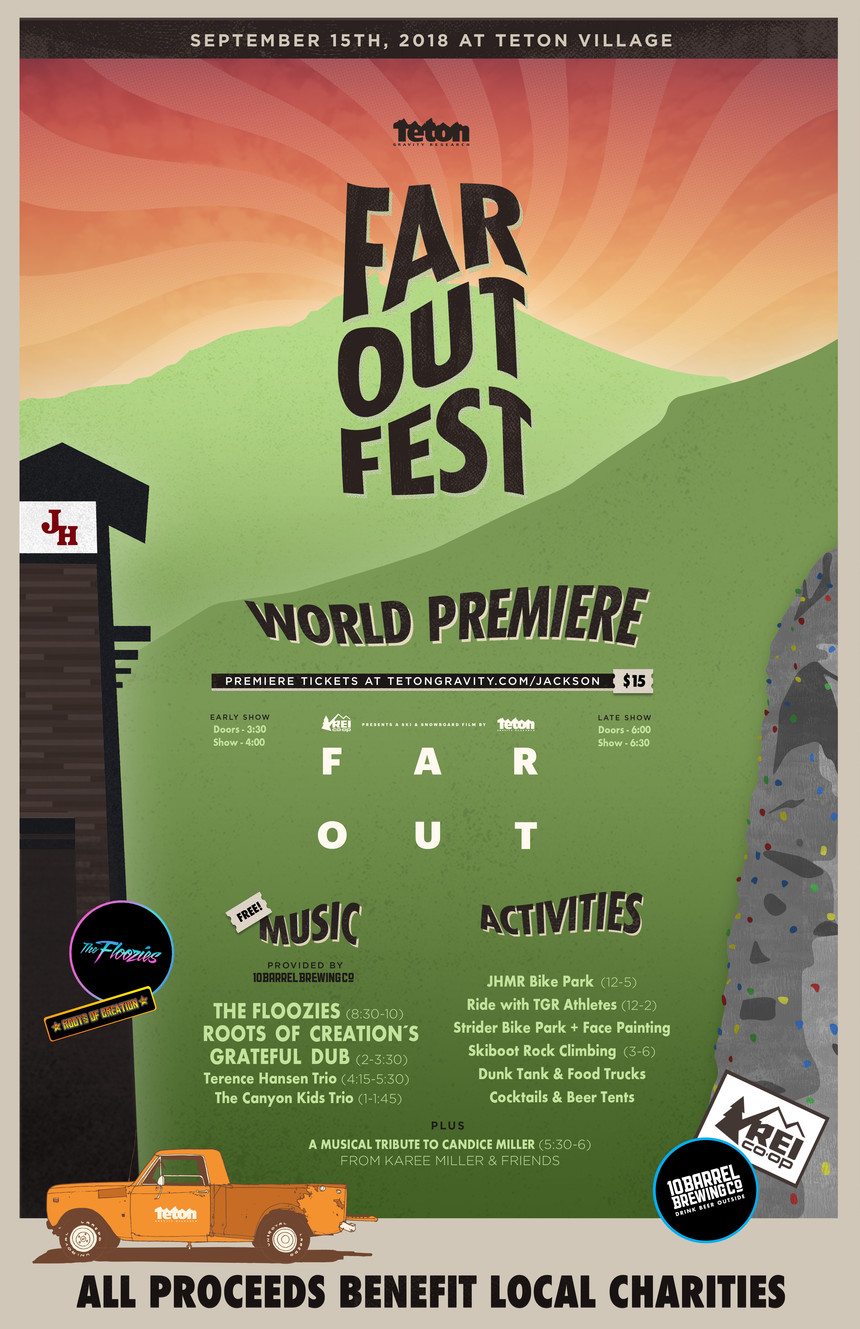 Join the TGR crew on one of it’s boldest missions ever. The film follows the perspective of an athlete as he embarks on a journey to one of the most remote and unexplored mountains ranges on the planet, the Albanian Alps. While the final destination itself appears to be the ultimate goal, it is the collective of athletes, experiences, and the array of locations around the world that inevitably drive the seasons adventure. Witness mind-bending pillow lines as the crew camps out deep in the Purcell Mountains of BC, experience urban madness in Kamchatka and the insanity of the Crazy Mountains in Montana. Join the crew in the Slovenian Alps for over-the-head cold smoke, watch an 11year old rip Jackson Hole, discover the alien landscape of Girdwood, AK in January and see Sean Jordan ride into Crested Butte on a Black Stallion to shred the Southern Rockies. Find out if the wildest and most untamed mountains in Europe let us in, and if the ultimate destination became a reality. 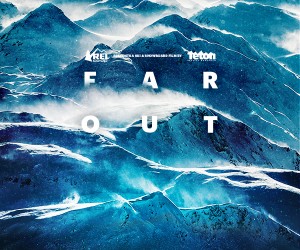