Caught Inside: How Sunny Garcia Dealt With the Loss of Andy Irons and Overcame Depression

“Had Andy really reached out and asked for help we’d still have him.” - Sunny Garcia

The 2000 World Champion of Surfing with the tough guy image has dealt with the struggles of three lifetimes: poverty, an abusive childhood, accomplishment, fame, drug problems, three marriages, a stint in jail, suicidal depression. Yet somehow, at age 48, he’s come out the other side.

Garcia was a mentor and older brother figure for legendary surfer Andy Irons, especially during the height of Andy’s three consecutive world title winning years from 2002-2004 . Garcia did his best to keep his friend on a path to success, but he saw the demons that Andy was constantly battling when they were on tour together. 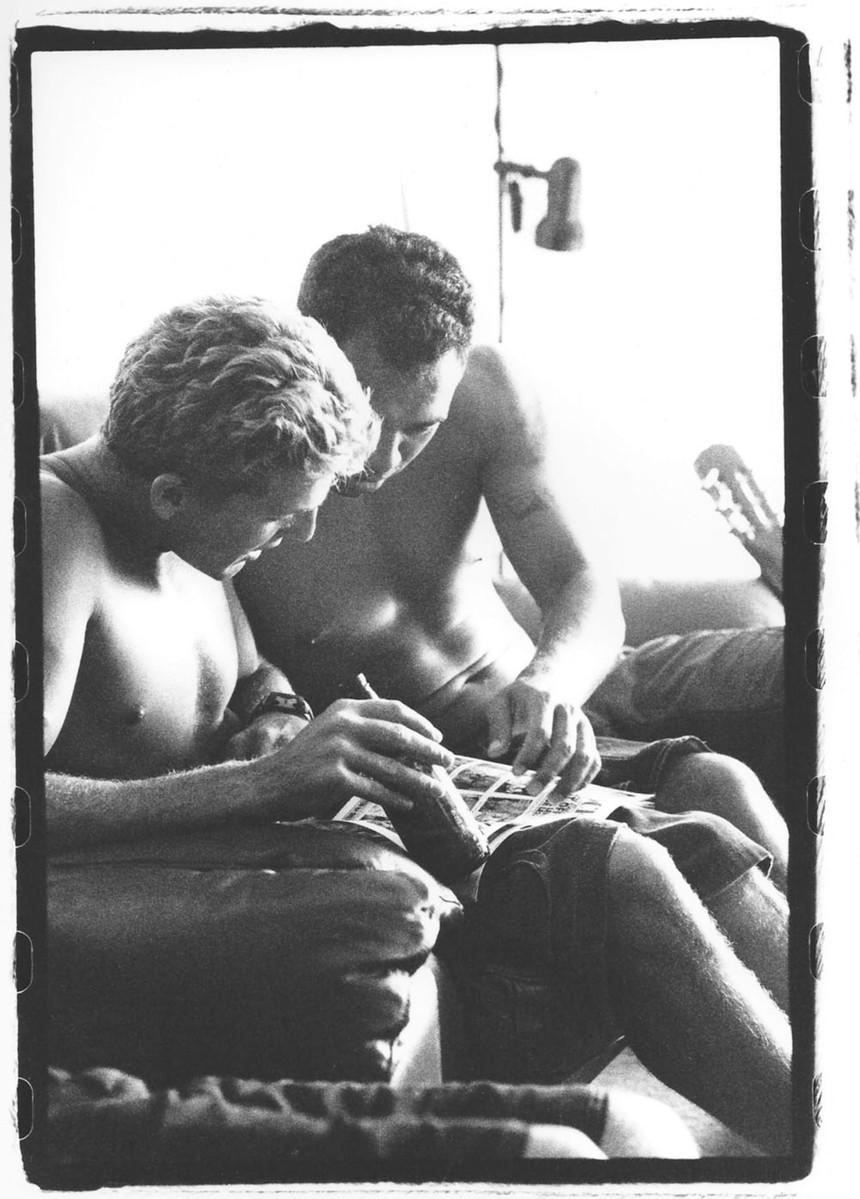 Sunny and Andy looking at a girly mag in Burleigh Heads Tower in 2000. Steve Sherman photo.

“I knew Andy had OD’d earlier in his career,” says Garcia. “I remember his Dad asked me to keep an eye on him. I would literally lock him in his hotel room and wake him up at 5 a.m. to go surfing. ‘See you in the morning, fucker,’ I’d say. That was my way of trying to control what he was doing.”

But Andy wasn’t a guy who could be controlled by anyone, even by someone as commanding and respected as Garcia. Andy would escape the locked room from the hotel window and head out to party.

“I remember one time at J-Bay my daughter said, ‘I saw Uncle Andy climbing back into the room through the window early in the morning,’” says Garcia.

Garcia had his own problems. He was dealing with a looming jail sentence for tax evasion and the fallout from his second divorce. He ended up getting sucked down the rabbit hole of the party scene as well. However, he managed to stay away from the opioids that ravaged Andy, his brother Bruce, and a segment of the surf community in Hawaii.

“I hung out with Bruce and Andy and, don’t get me wrong, we partied,” says Garcia. "We partied hard, but there was always a time and a place to have fun. 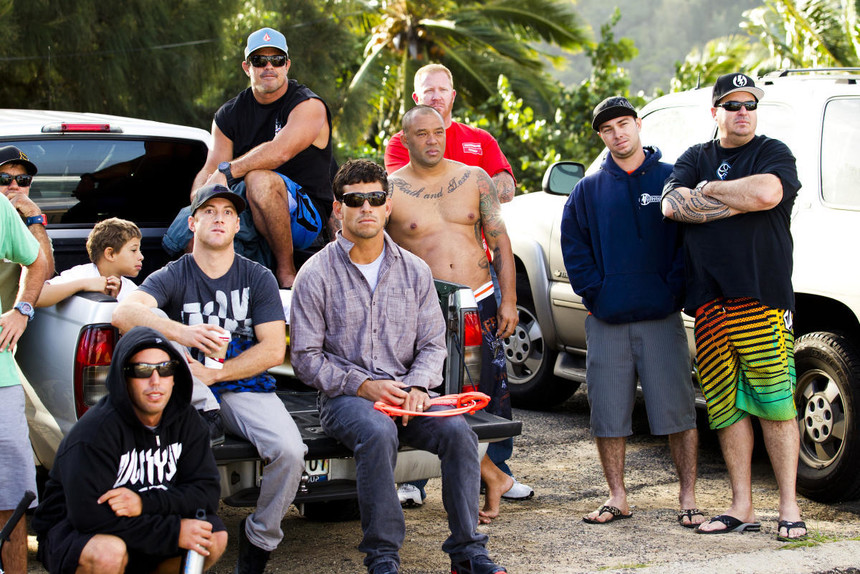 “I never got into the pills. Cocaine, that was the only drug that I did,” Garcia continues. “It was right around that time that everyone started doing the OxyContins. That killed a lot of my friends on the North Shore. I never really got why people liked it. I had four knee surgeries. They would always give me painkillers but I never took them because I didn’t like how they made me feel. They made me sick and constipated. That’s the worst feeling in the world.”

For both men, surfing was an escape and a release, but the pressures of competition and fame weighed on them as well.

“In the beginning part of my life surfing was my getaway,” says Garcia. “Somewhere down the line you become more known and then surfing becomes a job. It no longer becomes fun.”

“We talked a lot about the pressure of competing,” Garcia continues. “It seemed like at the end Andy was just burned. Fuck the drugs and all of that stuff. He was just burned. Maybe the drugs were just his way of getting away from everything. The stress. He was ‘Andy Irons Three-Time World Champ,’ the only guy to take it to Slater and kick his ass. All of his sponsors banked on that. That’s a lot of pressure to carry around. Everybody wanted something from him.”

Unbeknownst to Garcia, Andy was also dealing with the effects of bipolar disorder.

“The Andy I knew was the most genuine, fun loving guy you could be around,” says Garcia. “Everybody loved him so much because he was real.” 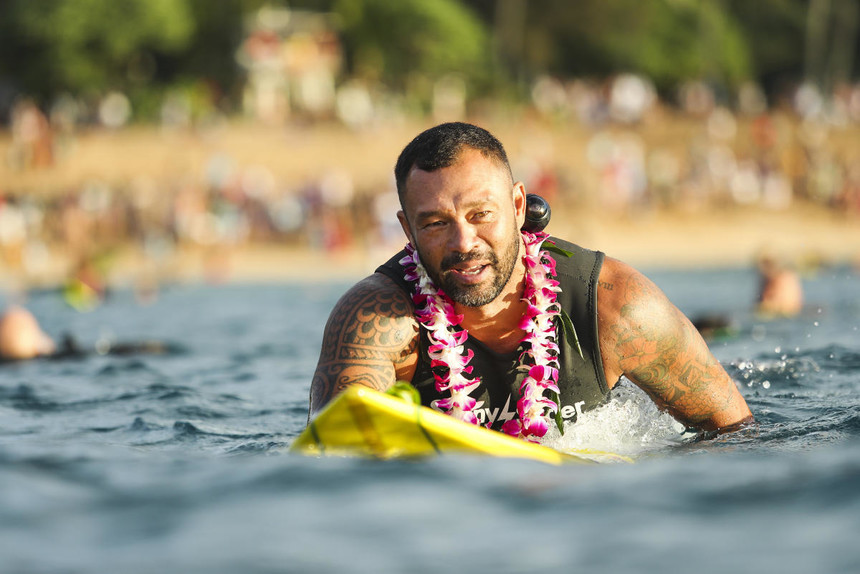 Garcia in high spirits at the opening ceremony for the Eddie Aikau in 2016. Kelly Cestari photo.

Garcia witnessed Andy’s wild mood swings, but wasn’t aware they were symptoms of a diagnosed condition. But a couple years after Andy’s death in 2010, he was confronted head-on with his own mental health issues.

“In 2012, I won the HIC Pro at Sunset,” he says. “I was so happy and my son carried me up the beach. I was 42, the oldest guy to win a QS event and I was a grandpa - first and only grandpa to win a QS event. I loaded up my car, and I was driving back home, and I had this feeling that all I wanted to do was drive my car into a pole, and I couldn’t figure out why.”

Garcia was baffled by the suicidal thoughts. Everything was seemingly great in his life. Why was he so sad?

“It progressively got worse,” Garcia continues. “I had every reason to feel happy and I felt shitty. For a couple years I just wanted to be dead.”

Garcia moved to San Diego and isolated himself from family and friends.

“I was living downtown in this big empty room,” he says. “I tied a rope a few times and just stared at the rope and contemplated hanging myself. Fortunately for me my granddaughter likes to FaceTime me and she FaceTimed me a couple times when I really needed it. If she hadn’t done that I probably would have hung myself.”

In December 2014, he did something that took a lot of courage: He asked the world for help. He posted a photo on Instagram that said, “I’m not as strong as everyone thinks I am,” and revealed to his followers that he was battling depression.

He was shocked by the level of support he received via comments, direct messages and in-person.

“I can’t tell you how many people got back to me,” says Garcia. “That is ultimately what really helped me.”

He sought professional help and enrolled in a support group in Arizona where he poured his heart out to strangers.

“No one really talks about depression,” he says. “Most men won’t bring that up to anyone.” 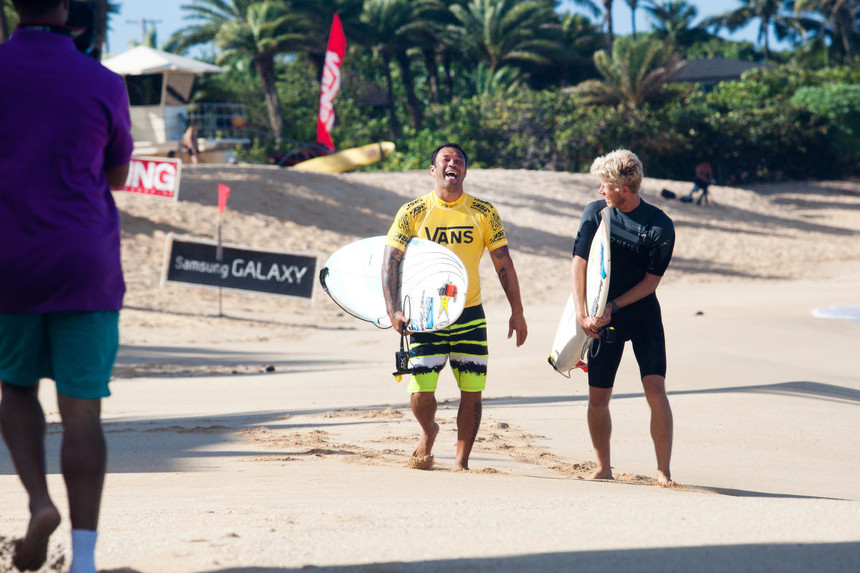 Garcia's admission of his battles with depression was shocking, but now the former world champ is all smiles on the beach. Kelly Cestari photo.

Garcia was the first world champion surfer to be open about the mental challenges that afflict so many people. The outpouring of positivity has made him reflect on the many “what ifs” of his friend Andy’s life.

“I always thought I knew what was going on with him,” he says. “I was like his older brother, but I didn’t really know or understand what he was dealing with. If I knew then what I know now, I would have told him to get more help, professional help. Your friends and your family can only help you so much. I don’t want to be a tough guy anymore. There’s nothing weak about being open.”

Andy made his own decisions in life, but it’s human nature to look for blame when someone as young, talented and loved as he was goes way before his time. Garcia for his part, is man enough to own a share of it.

“I just think there were so many signs,” he says. “Ultimately we all let him down.”