Shared experiences are some of the most powerful memories between family members. Whether they are character-building, emotional, or just plain old fun changes the particular flavor of each, but one thing is certain: sharing big moments across generations is truly something special. For the young Kai Jones, many of those moments have taken place in the mountains around his home, chasing his dreams in the Tetons.

In June of 2018, then 12-year-old Kai went on a mission he will never forget. Teaming up with his father Todd and his uncle Steve, both co-founders of TGR, as well as his mentor Ryan Halverson, the young gun set his sights on a classic big-mountain line: the Skillet Glacier on Mt. Moran. At over nearly 6,000 vertical feet of climbing and skiing, it's one of the biggest single descents in the Tetons, let alone North America. No wonder it counts as one of the 50 Classic Ski Descents of North America. It lies on the far side of Jackson Lake and typically requires camping at the base to score good conditions. Under the guidance of his family and mentors' years of experience in the mountains, Kai’s introduction to ski mountaineering was one for the ages. 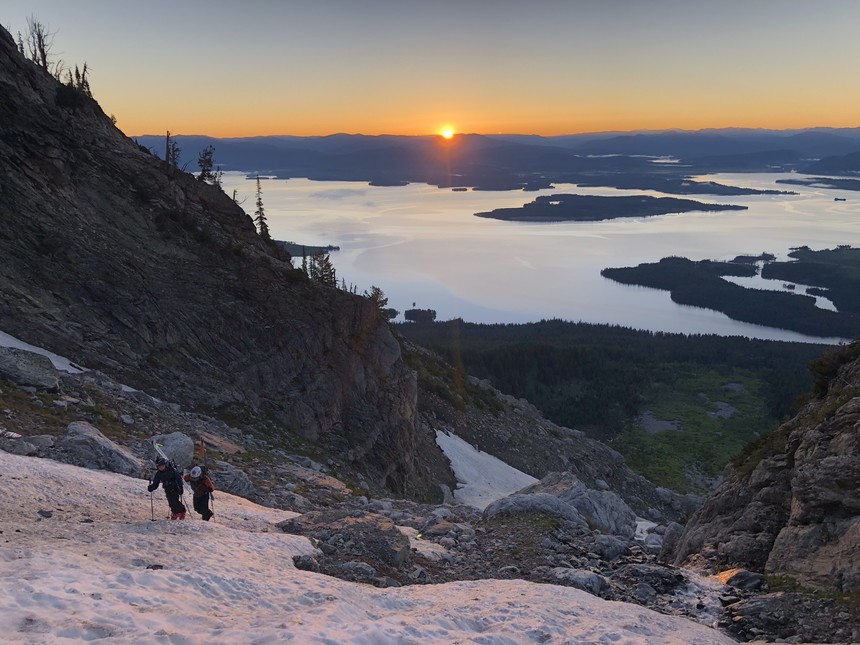 The beginning of the never-ending bootpack up Moran's Skillet Glacier. TGR photo.

"This was such a rewarding experience on so many levels. I had skied it with some friends 25 years prior and put it in the rearview mirror. We were out surfing on Jackson Lake when Kai was five years old, and he started fantasizing about skiing it someday and asking about my experience up there. I told him that someday we’d take him up there. It seemed so far off, I thought he’d never hold us to it, but seven years later, surfing on the lake again, he called it out.

It was such an emotional experience to witness Kai and his Dad - who I grew up sharing so many wild adventures with - summit and ski Moran after so many years of it occupying his dreams!" 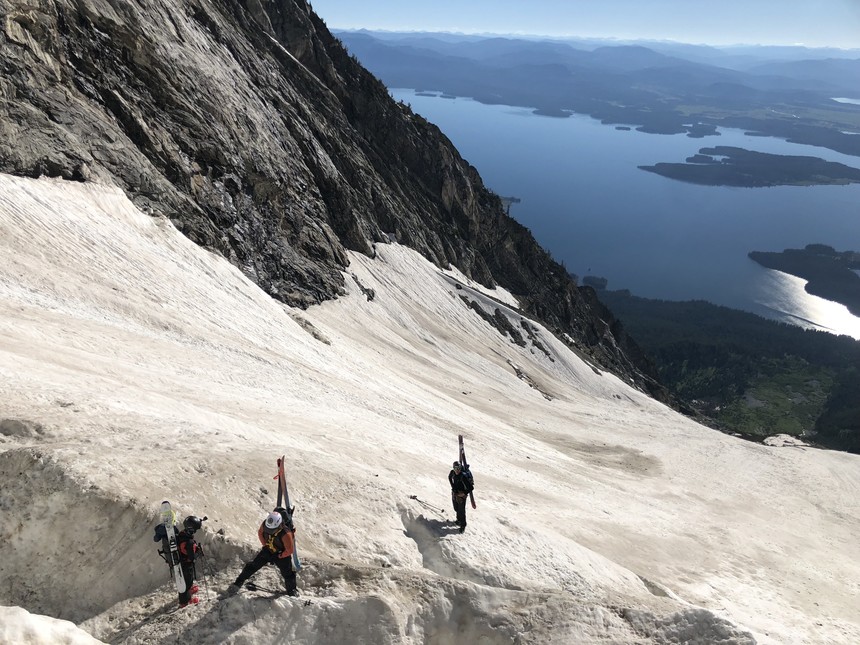 Crossing crevasses was just one of the many new big-mountain skills Kai learned on Moran. TGR photo.

"Once we hit the shoreline at the base, it was game on for the next 24 hours, focusing on the mission while keeping high stoke. I do remember driving home through the Park afterwards and looking at Moran and Kai and being overwhelmed by the experience, thinking ‘wow that just happened.’" 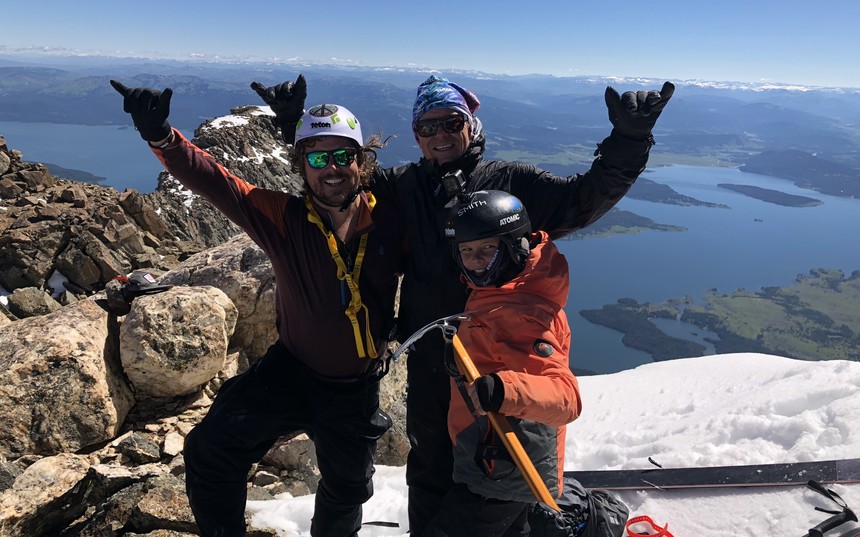 Two generations of Joneses checking in from the summit. TGR photo.