How an unintentional change of plans led to discovering new things.

All Hail The King

I put 44 miles on my car in all of April. I know that’s not saying much, given that the entire world shut down thanks to the COVID-19 pandemic, but it taught me a valuable lesson as a skier. 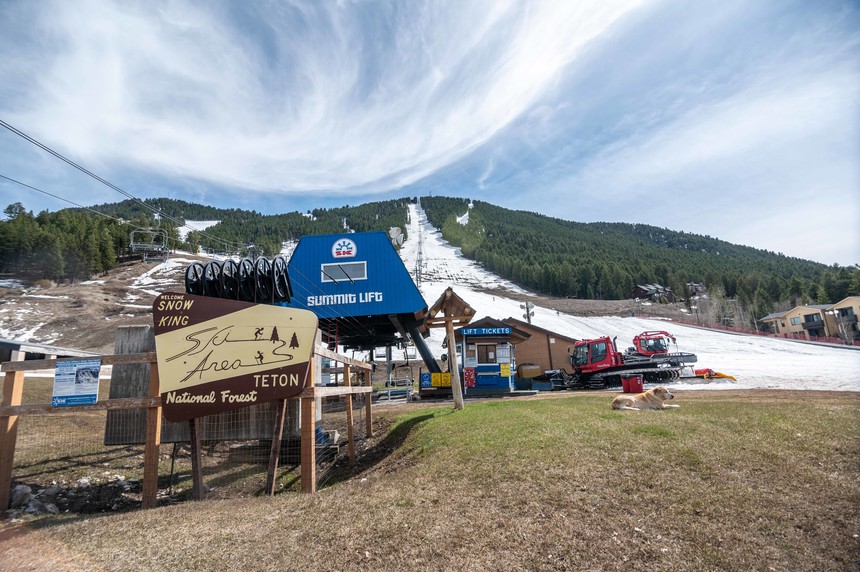 Mountains breed inspiration, far-flung ideas, and stoke the passion of going on grand adventures all over the world. Expeditions are fun, but one thing is certain: they are expensive and create a massive environmental footprint. Going to the Alps, Alaska or the Himalaya to chase big mountain dreams requires hours of flights, miles of road travel, and tends to leave behind a massive amount of base camp trash. In a nutshell, it might be fun and good for the soul, but the traditional way of doing it is no good for Mother Earth. 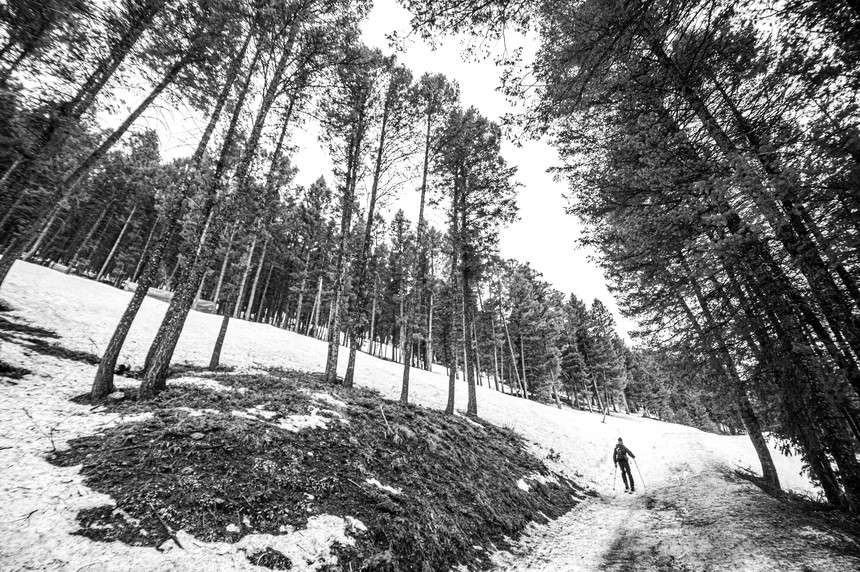 I don’t need to go into much detail on how the beginning of March unfolded, as the entire world experienced pretty much the same thing watching the COVID-19 pandemic wreak havoc across all walks of life. What started with "this won't affect me" ended with a reckoning of epic proportions, and as I write this story, we’re still not fully through it. Friends in Europe were the first ones I knew that were directly affected, as Italy, Austria, Germany, France, and eventually the rest of Europe all enacted shelter-in-place orders. Skiing and all kinds of mountain travel were canceled indefinitely, as these nations focused on dealing with more important things: saving lives. Any planned expedition, including my own to Alaska and into the far reaches of the Tetons were shelved, better left for healthier times. To be honest, there was about a week or so where our local community clung to the hope that we would remain unaffected, but soon enough our local authorities rightfully issued similar orders. Somewhat to our surprise, but again rightfully so, a complete closure of Grand Teton and Yellowstone National Parks was instated. Not only was our entire spring ski mountaineering season dead in the water, but our usual picture of recreation in our home mountains was completely shattered. Looking forward, we were forced to reckon with what we could even do. That meant both legally and in good conscience as to not put an unnecessary burden on our fellow citizens? It remained to be found out. 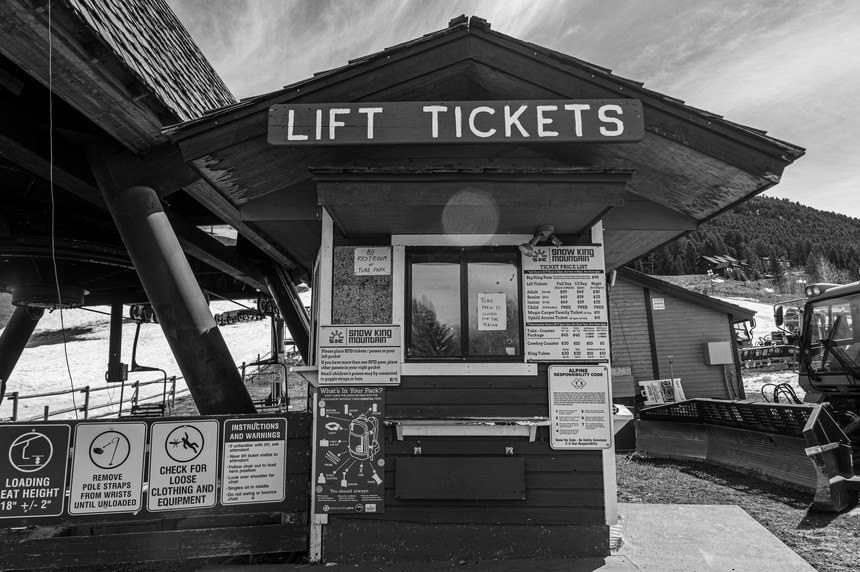 Our town hill quickly became the focus of the local ski community, and the center of a unique anomaly in the great snowsports world. While resorts around the country shut down and banned uphill travel for fear of accidents and crowds, thanks to a generous effort from Exum Guides and other local donors, money was raised to keep the slopes of Snow King groomed and open to the public for uphill access. 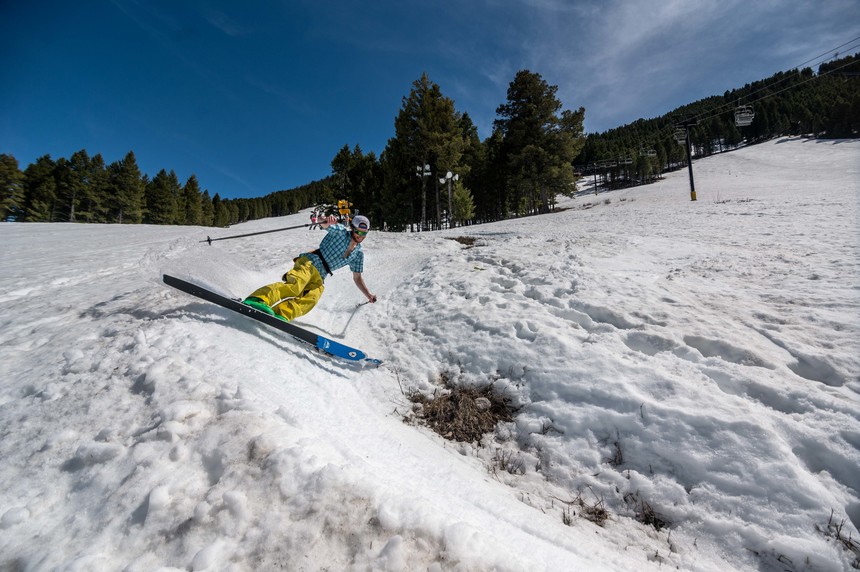 Jackson is forever in a debt of gratitude, and we sure took full advantage of the incredibly fortunate access we got. Instead of bemoaning the fact that our dreams of skiing perfect corn in the Park, AK, or Europe were dashed, we put on our boots in our house, walked to the base, and got our fix there. 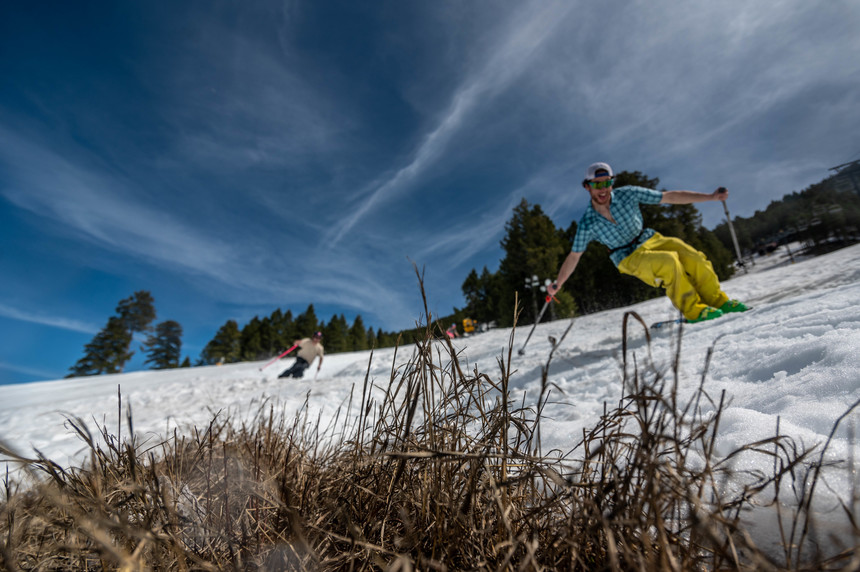 The weeks of shutdown have brought out all walks of life. Everyone from those who had never ski toured before, to park rats looking to show off their rail skills, the hardcore skimo racers hoping for PR on the uptrack flocked to the slopes. With little exception (and thankfully so), people played by the rules, obeyed the minimum six-foot distance, and kept their dogs under control. A friendly smile or wave was shared between everyone going either up or down, beers were drank on the summit, and mountain town vibes were alive and well. Did Snow King save Jackson? Probably not. But did Snow King save our season? Absolutely. Oh, and my car still hasn’t moved.

All Hail the King. 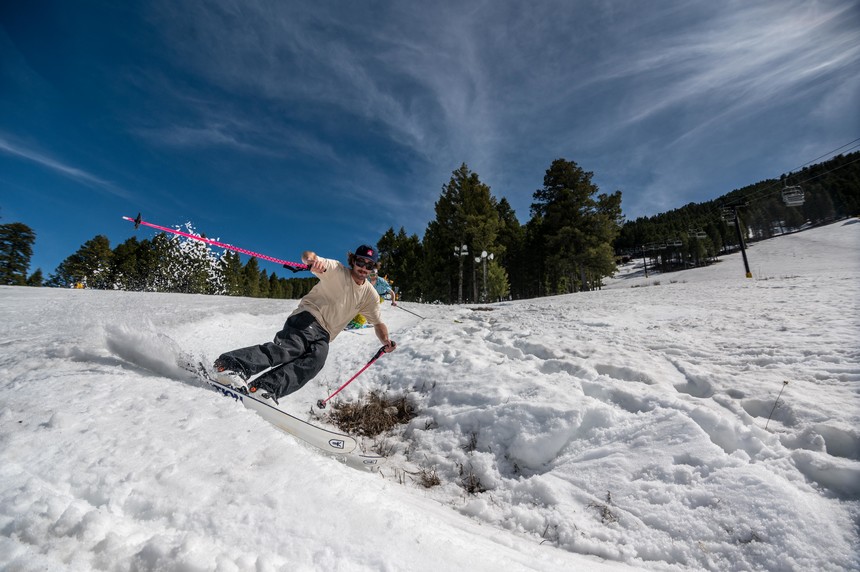