Snowshoe, West Virginia: A Mountain Retreat in the Middle of Appalachia

Cell service is hard to come by at Snowshoe Mountain Resort. It’s a cliché you hear about all mountain towns, but at Snowshoe, it’s the truth. Unlike most resort communities, Snowshoe’s off the grid status mostly has to do with outer space—particularly galaxies far far away.

Nestled nearby at the Green Bank Observatory is the world’s largest steerable radio telescope. Its original purpose was to keep on eye on the Russians, but following the Cold War, it transitioned from espionage to space exploration. Regardless of its current use, the presence of this massive device has shaped the Allegheny Mountains here in West Virginia. In 1960, a National Radio Quiet Zone (NRQZ) was established by the Federal Communications Commission to minimize any potential interference with the telescope.

The zone comprises 13,000 square miles and it prohibits any radio or cell phone towers from being built. For a while, you couldn’t even own a microwave or electric garage door opener. But don’t become alarmed, some restrictions have loosened over the years and a few exceptions have been made with cell phones. Today, Snowshoe’s residents are proud users of Wi-Fi.

Still, the NRQZ has cultivated a special community at Snowshoe Mountain Resort. “It’s like going back in time,” explains Shawn Cassell, who handles PR for the resort. Neighbors act more like family members—especially when you can’t quickly shoot a text message to get ahold of each other. Instead, interactions are a bit more analog: think face to face communication, or even using the old landline telephone. “Once you get over the fact that you don’t have cell service, you can take a deep breath and forget about things,” explains local rider and competitor Grant Reeves. “It’s all one big family, and the vibes that resort puts out is awesome.” 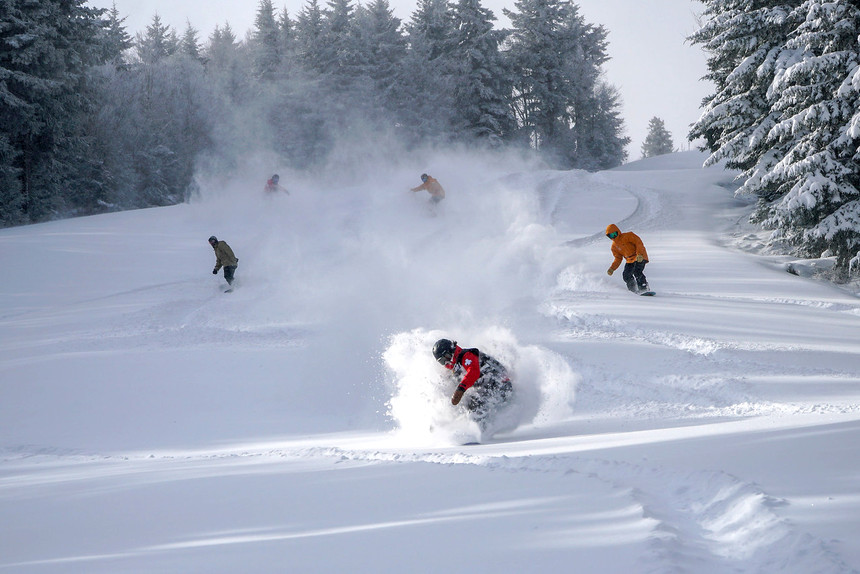 That mom-and-pop atmosphere also exists partially because Snowshoe is a bit of an island hidden away in the Allegheny Mountains. Unlike other resort communities that have towns connected to them, Snowshoe is its own standalone entity. The locals live right at the base of the mountain, and most residents can’t see another property from their home. Additionally, residents are spoiled with unparalleled access to the outdoors. “The lack of an interstate, which the closest one is about an hour and a half away, has really kept any major development from happening,” Cassell explains.

Instead, Snowshoe benefits from immersion in the middle of the Monongahela National Forest. Lovingly referred to as the “Mon”, the giant forest provides Snowshoe with 11,000 acres to its disposal. This equates to about 17 square miles of untouched wilderness that is filled with flora, scenic overlooks, and challenging rock scrambles. This makes the resort a playground every season of the year.

Absent from any kind of distraction, your time can better be used to enjoy the mountain’s 256 skiable acres of terrain. Time spent on the slopes is varied between pow days to endless corduroy. But if there’s anything that gets the locals fired up it’s the groomers. “The day after the pow day is when we really want to get after it on the groomers,” Reeves explains. Snowshoe has been his home mountain for snowboarding since high school. As he has transitioned into GS and banked slalom snowboarding, he’s found the resort’s runs to be the perfect training ground to getting an edge. “You can get easily get speed, plus the crew who maintains our runs have been here for so long that they have the process dialed,” Reeves says. 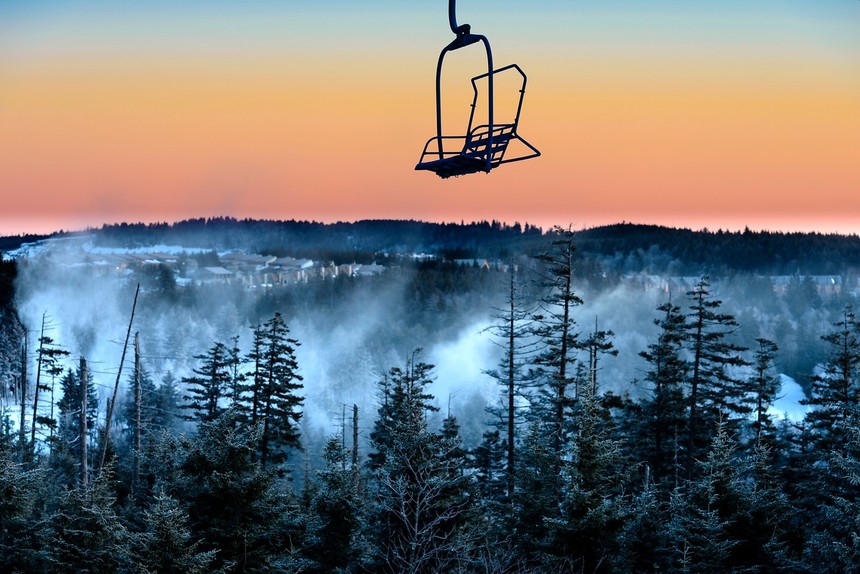 When your legs are tuckered out and the lifts have stopped spinning, don’t think about retiring early. As the sun sets amongst the Appalachian mountains, the resort seamlessly transitions into apres mode. Out here the thing to do is grab yourself a brew and track down where the live music is happening.

The toughest decision of your day will be finding only one venue to relax in since many of the restaurants incorporate music into their ambience. Despite being hours from a major metropolitan area, Snowshoe pulls in a diverse lineup of artists. They get everyone from traditional West Virginia bluegrass to hip hop legends like Grandmaster Flash. “I always describe it as a cruise ship experience—once you’re there you’re on it,” explains musician Shawn Owens who grew up in the area. He’s since moved away to Maryland but loves visiting and playing the area because of how engaged the crowd becomes. “People seem to see the experience as a cruise ship, they’re always ready to have a good time.” So, instead of worrying about which banger photograph to post about your day—because remember you won’t probably have service—leave the phone in your hotel room. A live show with a tall pint of beer is a much better way to occupy your time. 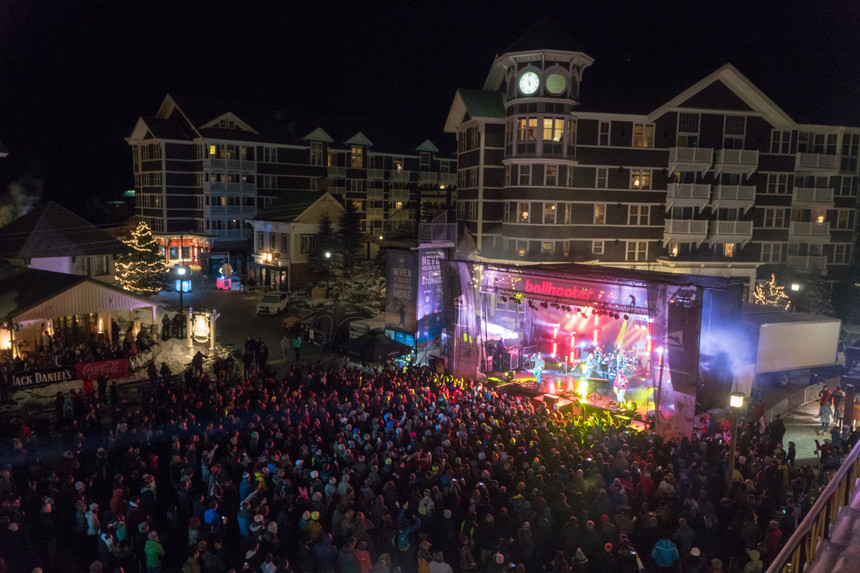