Checking in from mountain towns across the west. How has the pandemic affected life as we know it?

COVID-19 Vs. the Ski Industry

COVID-19 hit the U.S. snowsports industry hard and fast. Major revenue sources such as resorts and retail stores dried up in March, and the industry’s biggest players, corporations like Vail and VF Corp (owner of The North Face) have publically felt the pinch. Independent outdoor retailers and other local businesses have remained shuttered for months. As a result, thousands of mountain town residents are abruptly out of work, left without lifts to operate, pistes to groom, and customers to serve. Without a well-communicated plan for returning to non-socially-distanced life, they have been left to wait at home and wonder what the future will bring.

Ski resorts and mountain towns depend on those same passionate people; people willing to take difficult jobs for little pay in exchange for the opportunity to play in the mountains. It’s a young-person’s game, for the most part, with a high turnover rate. The lifties, bartenders, and rental techs who even under normal circumstances regularly leave town in search of career opportunities or reasonably-priced property must be seasonally replaced with a new crop of high school or college graduates and J-1 visa holders.

I know a few people living paycheck-to-paycheck who have been forced to leave Jackson due to the economic impacts of COVID-19, and have heard of many more, and it seems likely that the same thing is happening in mountain towns around the country. When resorts and restaurants reopen, they may find that many of their former employees have skipped town. 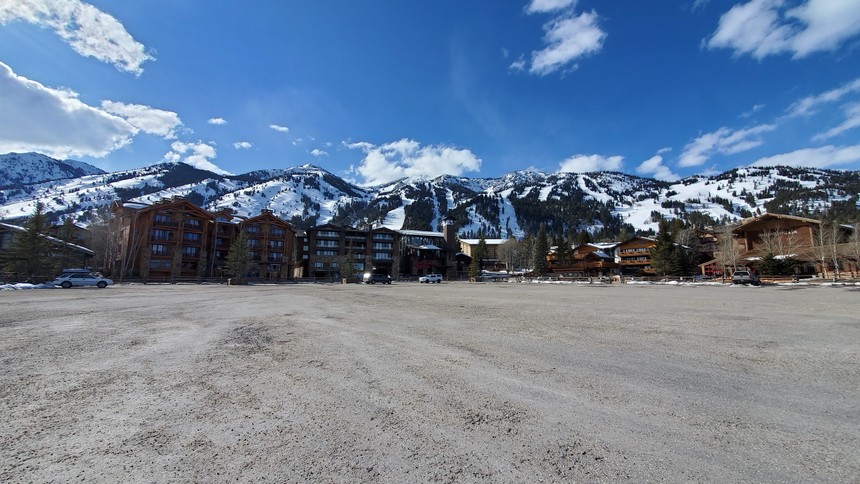 Parkings lots looked a lot like this for most of March and April. Zack Skovron photo.

But maybe that’s fine. With experts predicting a American depression unlike any seen since the 1930s, it’s fair to wonder if the snowsports industry is in for some tough times. If no one is skiing, a lack of lifties isn’t much of a problem. So, while it’s not an apples-to-apples comparison, let’s look at what happened in 2008/2009 during the Great Recession:

First, the biggest and easiest-to-answer question: Did ski resorts close by the dozens after the market’s meltdown? No, they didn’t. In fact, nearly the opposite. “Even in 2009, as most industries were in a recessionary trough, ski resort revenue rose 2.3 percent from the year before,” wrote the New York Times in an article titled Ski Resorts Thrive, Despite Recession Pain. In a similar vein, the estimated number of US ski resort visits stayed remarkably stable, considering the nationwide lack of disposable income.

Current indicators are comparably promising: Vail Resorts, which operates nearly 40 ski resorts worldwide, saw its stock price value cut in half in March, in line with many other major corporations. Since then, it has clawed back nearly a third of those losses thanks to what analysts called “the right moves to cut expenses and preserve cash while its properties are closed.” CEO Rob Katz is optimistic, saying that Vail is “well positioned to navigate these challenging times and emerge with significant strength” in a late-April news release. 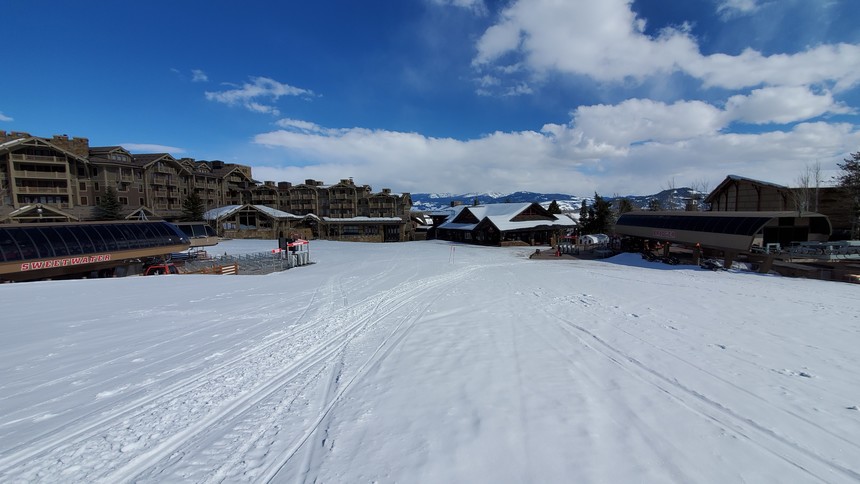 If 2020/2021 looks anything like ten years ago, resorts and mountain towns will be depending on the same mix of young people to build their seasonal workforce next winter, which raises a second question: Will the requisite workforce materialize? After seeing how quickly things can fall apart, and how little support comes from above, former employees may think twice about re-hitching their wagon to the horse that kicked them not too long ago. And for recent graduates, packing your life into your Subaru and driving across the country towards an uncertain future appears a bigger gamble than ever.

However, in an economy which might charitably be compared to a smoldering biohazard dumpster, job-seekers can’t be too choosy, and after spending literal months cooped up at home laid-off resort workers and recent graduates may be in a gambling mood, and they probably won’t be alone. During the Great Recession, so many newly-unemployed people moved to mountain towns that the New York Times called it The Return of the Ski Bum.

While unemployment isn't something anyone hoped for, lots of mountain town residents suddenly found themselves with plenty of time to do what they love. Max Ritter photo.

So, North American ski resorts have proven their ability to weather financial disruptions, and will probably have no shortage of prospective employees. The degree to which mountain operations will be impacted by ongoing COVID-19 mitigation remains to be seen, but ski resorts have been hard at work determining how to reopen in a safe manner. California’s Mt. Baldy reopened for a few weeks in April, and Aspen Highlands was planning to reopen in May before an executive order from Colorado’s Governor Jared Polis dashed those hopes. Oregon has begun reopening recreation areas, and Mt. Hood’s Timberline Lodge has hinted that they’re hoping to open for the North American summer season.

In these uncertain times, predicting the future may be a fool’s errand. However, I would argue that the U.S. ski industry seems poised to bounce back from COVID, hopefully with some lessons learned along the way. Besides, life in mountain towns isn’t all too terrible right now.