For a while, Hannah Bergemann has been a dark horse in the bike world. She’s been quietly doing her own thing because she just wants to ride her bike. But a breakthrough year on the EWS circuit and at the Red Bull Formation event launched her into the public’s eye. In total, she won the Trans BC Enduro, placed second at the Finale Ligure EWS individual race in Italy, and was the first rider to link up all her features at Formation. Not satisfied, she grabbed her tools and climbed back up the former Rampage site and scratched in another line—just for the fun of it. To top it off, she joined us for a freeride trip in Northern India to explore untamed mountains in the shadow of the Himalayas. We have a feeling that she won’t be a dark horse for much longer...

It was just another day wrenching bikes at the shop until Hannah Bergemann’s cell phone rang. She didn’t recognize the phone number but was curious when the phone said the caller was from British Columbia. On the other line was director Jeremy Grant and when she picked up he asked, “what’s your schedule looking like next week?” Grant was about to leave for a freeride mountain biking expedition in Northern India. The plan was for Casey Brown and Veronique Sandler to explore mountains that had never been ridden before with a downhill bike. Except, a week and a half before the trip, Brown tapped out due to a broken collarbone. Hannah was the first person she suggested to take her place. Unfazed by the short window to prepare, Hannah hung up and applied for a travel visa that night. She’s never been one to turn down a good adventure. 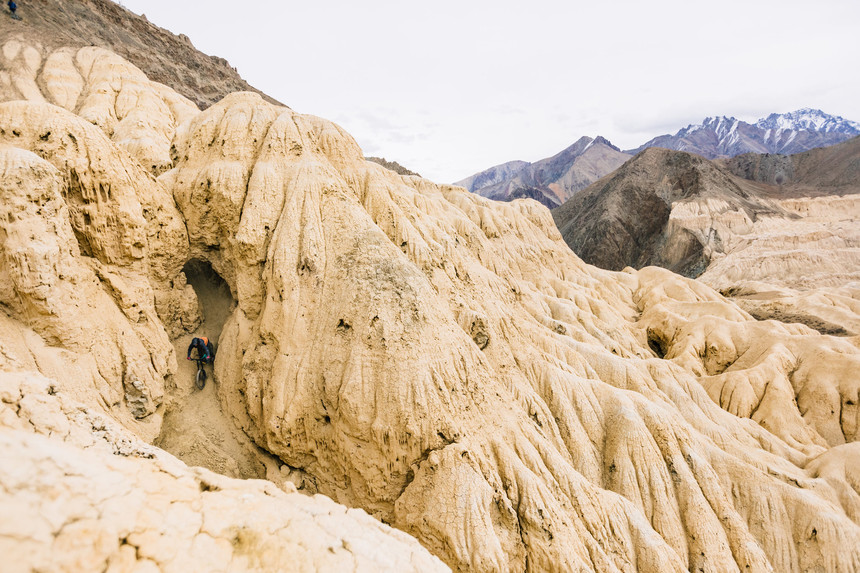 The team traveled to the high desert plateau of Ladakh, India, flanked by the Himalayas and Karakoram mountains. Prayer flags flutter on the horizon and ridgelines are dotted with monasteries that whisk you back to the 9th century. Sandwiched between a melting pot of cultures, Ladakh has been a crossroads for goods, ideas, and travelers since the age of Alexander the Great. As of late, the locals have discovered a new treasure: the outdoors. Mountain biking is young but growing here. Thanks to the local bike community’s help, Hannah and Veronique were able to see what the area had to offer.

"Riding has given me the most incredible community here in Bellingham, Washington and all across the world."
- Hannah Bergemann

Did you know much about Northern India before going on this trip with TGR?

Hannah Bergemann: I knew nothing about this zone. Jeremy told me where we'd be going and I did a little bit of research on my own. But obviously there isn’t much intel about mountain biking out there because the sport is still developing in India and in Ladakh. There weren’t Youtube videos I could watch going into it, so I didn’t know much about the terrain. With joining this trip so late, it was hard to do lots of research on the history or the culture, which was one of the coolest parts about being in Ladakh.

When your plane landed in Leh, India did you have any idea what you were getting yourself into?

HB: I had a little bit of an idea, but mostly everything was unexpected and an adventure. It’s one thing to look at photos on Google, and it’s another to be there.

How would you describe the riding you did up in India?

HB: It’s all big mountain riding. We would just look at the terrain and isolate a starting point and the piece together a route down. A lot of the riding we found was this rocky scree, which fun to slash and kick up dirt while you’re riding down. Some of it was more conducive for features, so we ended up building little hits. With everything we did, it was about interpreting the terrain as we found it. There was a lot of scouting, and sometimes we’d pick something and later learn that we couldn’t ride it. It was also challenging because every location we went to the dirt was different. We basically had to start the process over every time we showed up somewhere new. Sometimes it was rocky scree and then other places it was like hard-packed clay. 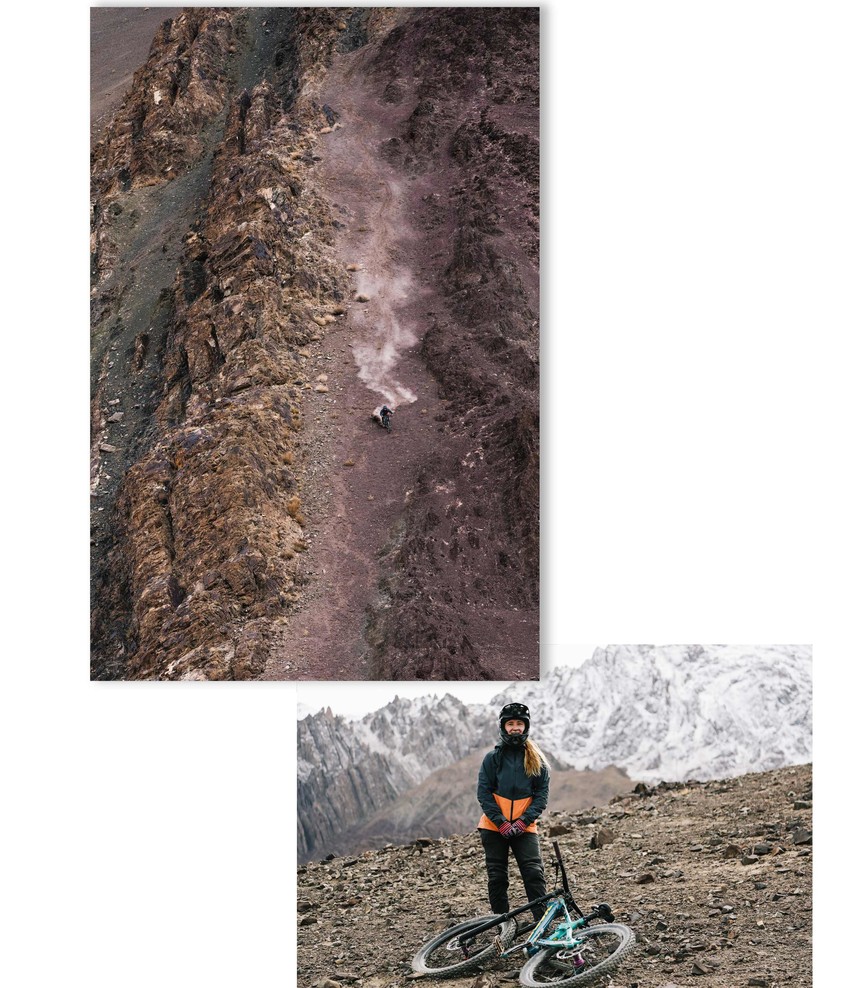 Looking back on all the different riding you did, was there a line or zone that really stood out to you?

HB: There’s two that come to mind. When we went to the zone with red/purple dirt, I found this line in between two rock chutes. Inside the couloir was this reddish-purple scree that was really cool to ride. I had a lot of fun because the dirt was so good. Despite it being long and steep, I felt like I had a lot of control over my bike.

The “Moonland” zone was a favorite of mine too because the terrain was unlike anything I’ve ever seen. We had a chance to shape a few features, like the wormhole. I felt like it gave us the opportunity to be more playful.

Beyond crazy big mountain freeriding, one unique aspect of the trip was experiencing this incredibly rich culture. What were some of your favorite parts?

HB: Going into this trip I was curious and nervous about how the locals would feel about us being there and riding bikes on the land, but everyone we met was excited about us being there. Especially since it was just Veronique and me, they seemed excited to see two women out there leading the charge for once.

On top of that, going to the monasteries was incredible. I really enjoyed getting to see all that old architecture and learn about the Ladakhi’s way of life in this super rugged and harsh environment. They’re badass human beings to be living day to day with those intense elements. 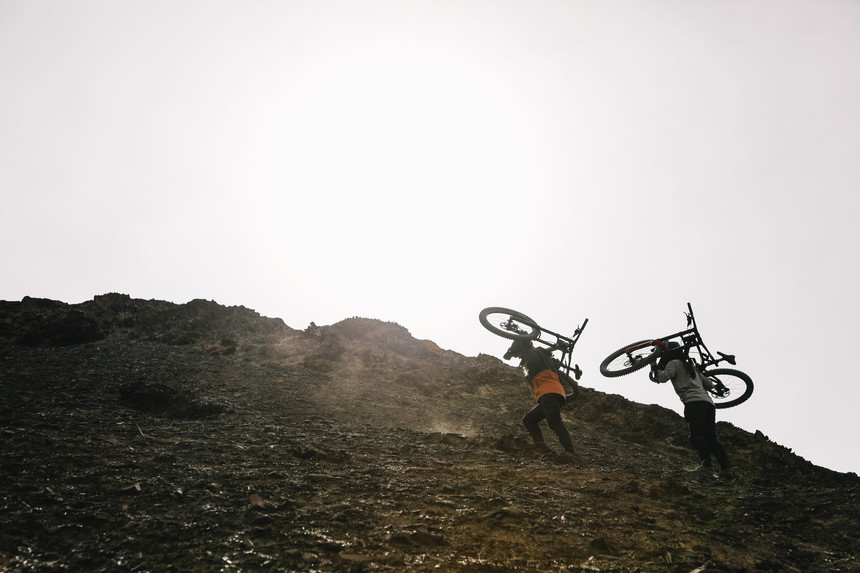 How was it working alongside Vero? You guys have pretty different riding styles, so it was awesome to see your collaboration.

HB: Something I really admire about Vero is that her reason for doing what she does is so internally motivated by her passion for mountain biking. She just loves riding her bike, and it’s fun to work with a person like that. I personally feed off of that, so working alongside her is guaranteed to be a good time.

Also, I felt like I learned a lot from her because she rides differently than me. Plus, she’s just a rad human being in general. Everyone in the India crew was so dialed. It made that whole experience of joining a trip last minute less intimidating.

You also joined the Transition team after the trip, how’s the new gig treating you?

HB: Yeah I joined the Transition team at the start of the year, and it’s been awesome. Before I was working in the bike shop and had to balance the athlete thing. Now with Transition, my main job is to be a full-time athlete. When I’m not riding I just help with whatever they need help with.

HB: I’ve got a good one. When I was five or six I got this 16-inch bike called the Trek Mountain Cub, which was this black, navy blue, and green bike with little paw prints on it. I thought it was the coolest bike ever. We lived in Portland at the time, and our house was next to this steep hill, so my dad wouldn’t let me ride it out front. So I would ride it out on the back deck instead. It was up high and had a set of stairs that went down to a bunch of rose bushes. This deck was the only place I could ride that was flat, but one day I eyed up the stairs and went for it. I launched myself down this huge stair set and flew right into the rose bushes. I just remember being pulled out of the bushes and shouting, “that was awesome!” 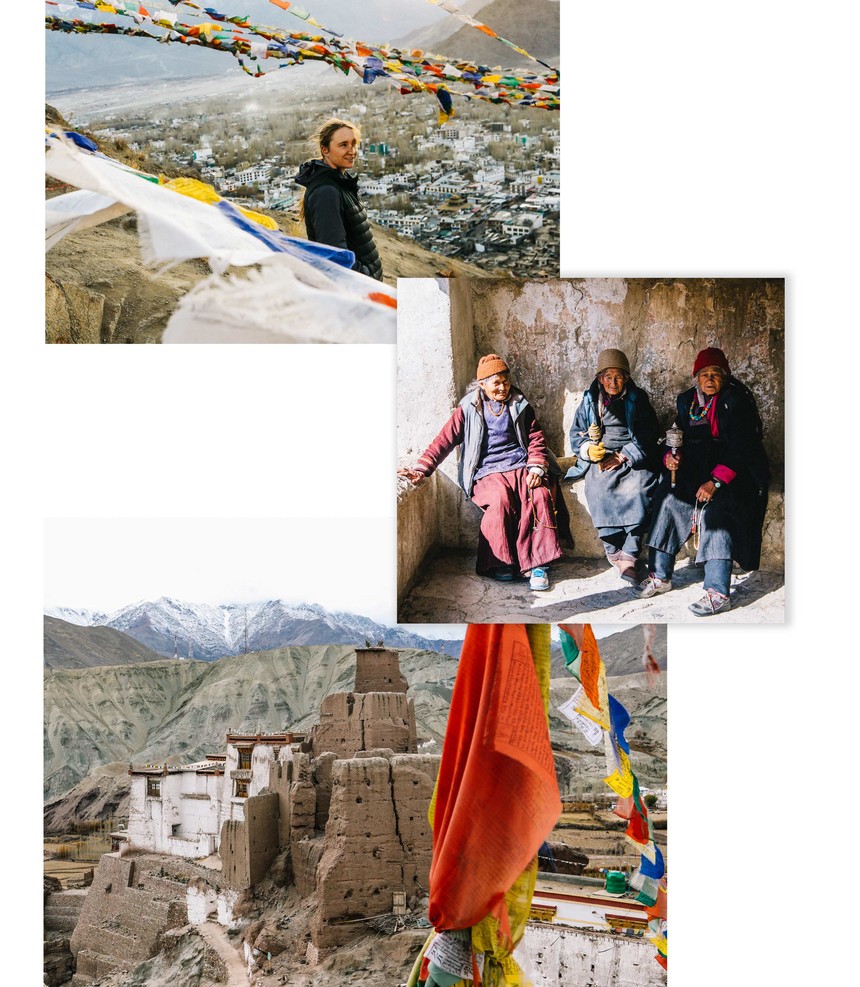 HB: It’s a tool that’s given me one of my greatest passions. It’s been a tool to make a career, which is kind of crazy to think about. It’s been a tool for my mental health, specifically staying sane and being able to handle stress by going riding. It’s also given me the most incredible community here in Bellingham, Washington and all across the world.

HB: Freedom or creativity. But I’d say freedom if I had to choose just one.

HB: I’d pick Bellingham for sure. I’d be pretty happy riding just our trails for the rest of my life . The combination of terrain and community makes this place pretty special.