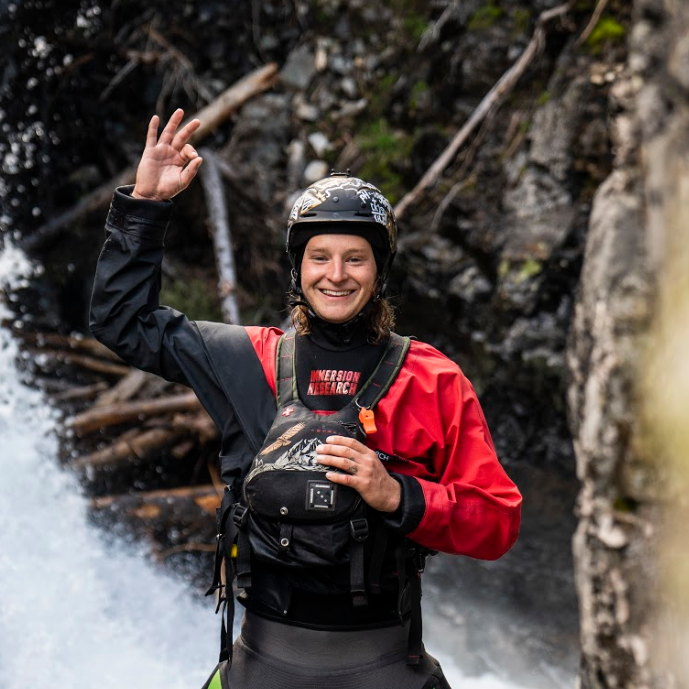 Tough Fun: Who is Trent McCrerey?

This Colorado-raised young gun is making waves in the world of whitewater.

Trent McCrerey isn’t a well-known athlete. In fact, unless you closely follow whitewater kayaking, it’s likely that you’ve never heard of him. That’s about to change, though, because he and his friend Knox Hammack are the winners of our Tough Fun contest, and are currently on a road trip around the West in search of rivers and waterfalls. With that in mind, we sat down with him to learn a little bit about his background. 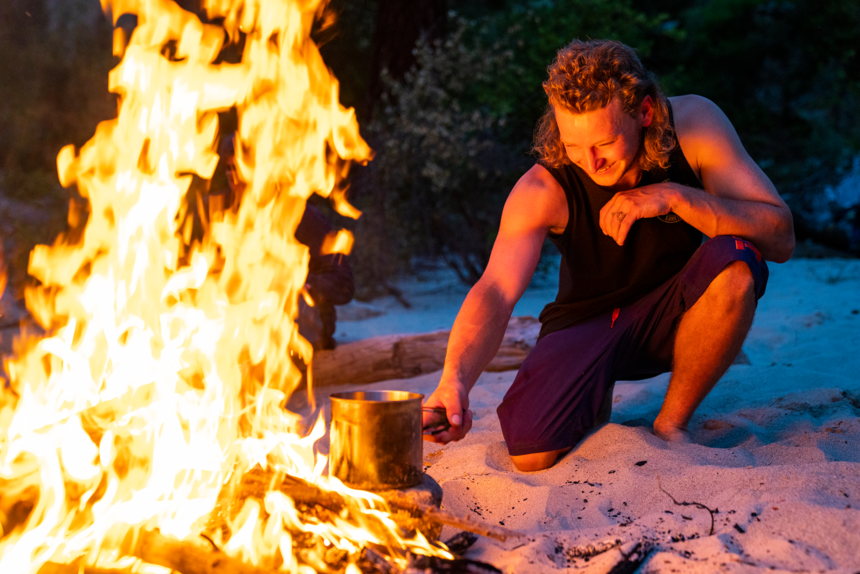 Nothing like camping on the beach. Eric Parker photo.

TGR: Tell us a little bit about yourself. Where are you from? When did you get into kayaking?

TM: My name is Trent McCrerey, I’m originally from Boulder, Colorado, and I grew up skiing in Summit County. I would split my time between skiing Summit and the Front Range, but eventually hurt myself skiing too much, so then I transitioned into kayaking, kind of doing the same thing, but a little different. I’ve been getting after that for the past five years or so. I met Knox at this traveling kayak school called World Class Academy, and since then we’ve just been mobbing around together. We’re both in school, and live together in Bellingham, Washington.

TGR: What about kayaking hooked you?

TM: I grew up watching guys like Eric Parker and Brendan Wells and their whole crew. I saw a video of them running some big waterfalls and it kinda blew my mind. Coming from a ski background, 20-30 feet is getting pretty big, and past that is REALLY big, so to see those guys hit 100 foot waterfalls...I was like ‘Wow, that’s possible? I want to try to do that!’ So I really just got into it because it looked cool. And with the injury stuff I couldn’t ski much anymore, so I needed something that was lower-impact on my lower body, so a big part of it was just trying to find good outlets to still have a lot of fun outside.

TGR: Are you guys year-round kayakers? What do you do in the off-season, if there is one?

TM: There’s no real off-season. We both moved to Washington to kayak year-round. 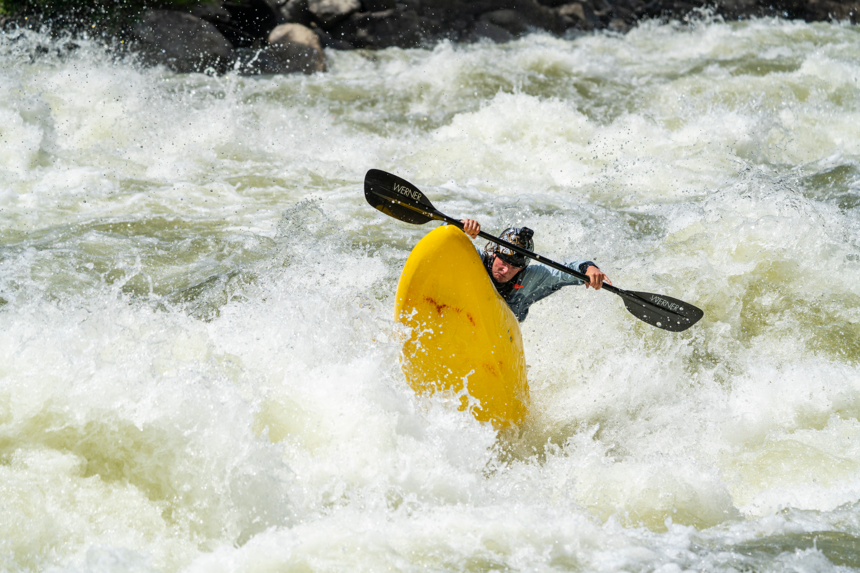 TGR: What was the first waterfall that you ever kayaked? How did it go?

TM: It was in Crested Butte, CO. There’s a run there called ‘Oh Be Joyful’ right outside Crested Butte. There’s a big hiking trail up the side of it, and it’s got waterfalls and slides down it. I ran my first waterfall there, and I remember that I was nowhere near good enough to be there, but I just went and it was just kind of sketchy. I realized that I needed to not be sketchy, and had so much fun that I just tried to get better at it.

TGR: Gnarly. What’s it like to be in freefall in a kayak?

TM: Anything up to 20-25 feet, you don’t feel [like you’re free-falling] as much because you’re doing so many controlling movements on the way down that it doesn’t feel like skydiving, letting go or anything like that. You still kinda feel like you’re in a rapid. Something bigger, say, like 50 feet or anything above that, you have to be really calm, and you’re making no movements whatsoever really, just minor adjustments, because any big things you do will be amplified as you go down further, so I guess that the feeling itself would be complete confidence and not freaking out. Because if you freak out you make sudden movements that make really bad things happen, but if you’re kinda chill, like you’re in a flow state, and know that you can do what you’re doing, things tend to go well. I think that’s huge, that the feeling is more of a mental state than a physical sensation.

TGR: How do you go about getting intel on these spots? How do you check up on conditions when you’re hundreds or thousands of miles away?

TM: Word of mouth, mostly. As far as knowing what stuff is in, the US Government gauges for water levels are usually our best bet, and then if there aren’t gauges for a specific river... At a lot of the waterfalls, tourists actually just go and hashtag whatever waterfall it is, and you go on the ‘recent’ photos and videos and see what the flows are like, because you can get a pretty good visual. So that’s pretty huge honestly.

TGR: Which objectives are you most excited to hit on this trip?

TM: This first spot, Natural Bridge Falls, is gonna be really cool. It’s only been run once, by Ian Garcia, around ten years ago. It’s 105 feet tall so it would be my first 100-foot waterfall, which is a benchmark in kayaking. Everything on our list is kinda a dream, though, California, Idaho, everything is going to be unreal. 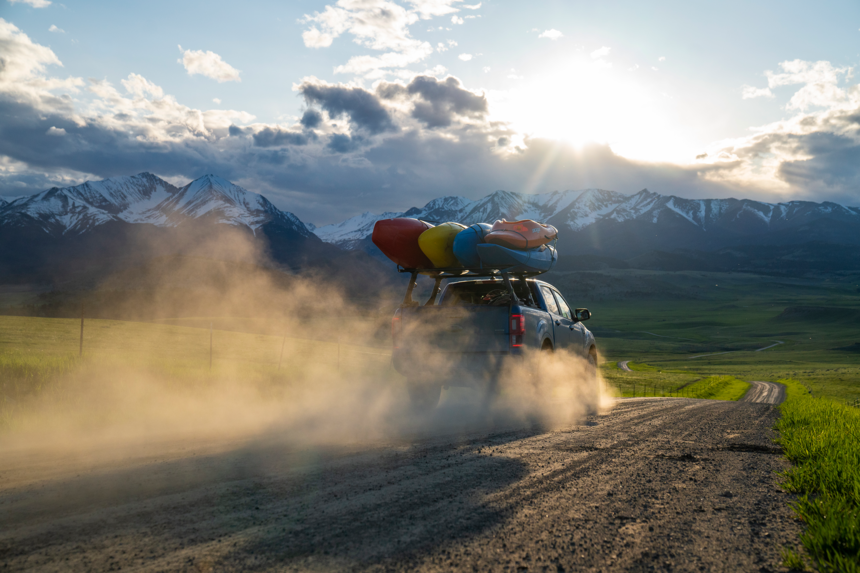 Trent and Knox are currently cruising around the Rockies and West Coast, hitting big rapids and bigger waterfalls as they go. Follow @trentmccrerey and @knoxhammack as well as @tetongravity to see what they’re getting up to.