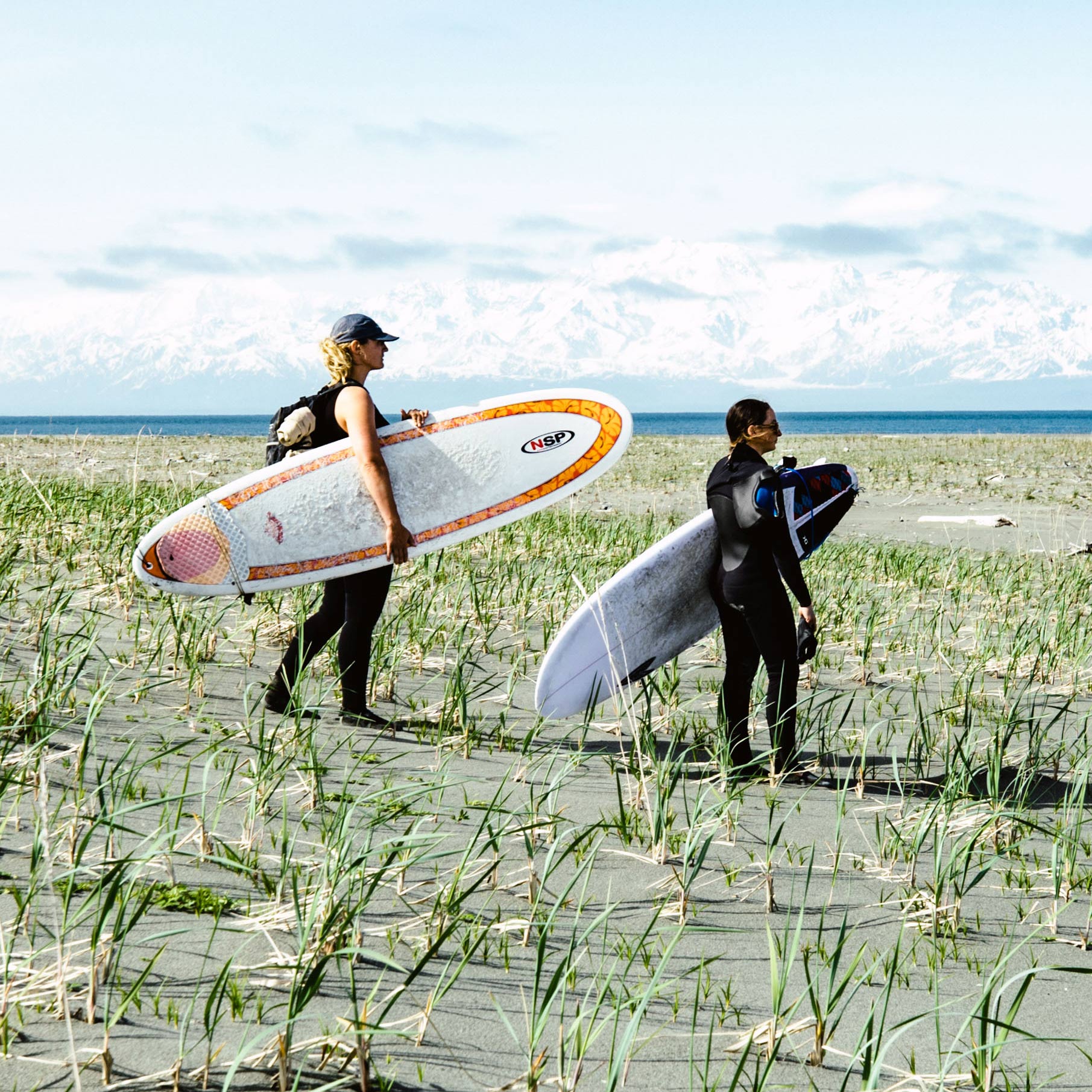 If you’re willing to brave the cold water, Yakutat, Alaska is a one-of-a-kind surfing community.

That’s what Hana Beaman and Mary Rand learned firsthand on the second leg of their Alaskan adventure. The tiny fishing village is not only hidden away on a glacial moraine but is hard to access. With no roads, the only way in and out is by plane or ferry. “It was one of the smallest towns I’ve ever visited,” explained TGR cinematographer Justin Mayers. It’s the kind of community that has only one coffee shop, one grocery store, and it feels like everyone knows one another. While the port’s economy is primarily driven by fishing, it’s also home to a small but thriving community of surfers. Outside Magazine even heralded it as "one of the five best surf towns in America". Not bad for a town of 605. 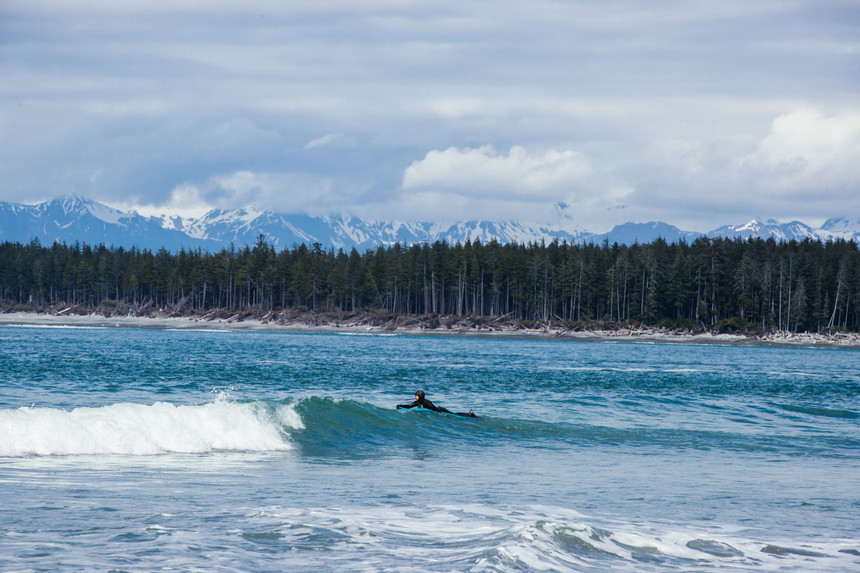 Peeking through the overcast clouds are the stunning and massive Saint Elias mountains. Justin Mayers Photo.

Yakutat’s nickname, “The Far North Shore,” is due to the number of surfers that travel across the globe for an unparalleled experience up North. On a sunny day, the viewshed is dominated by the captivating 17,000-foot Saint Elias mountains—the highest coastal mountain range on Earth. Sure, the water might be on the chillier side, but that’s what neoprene gloves and booties are for. 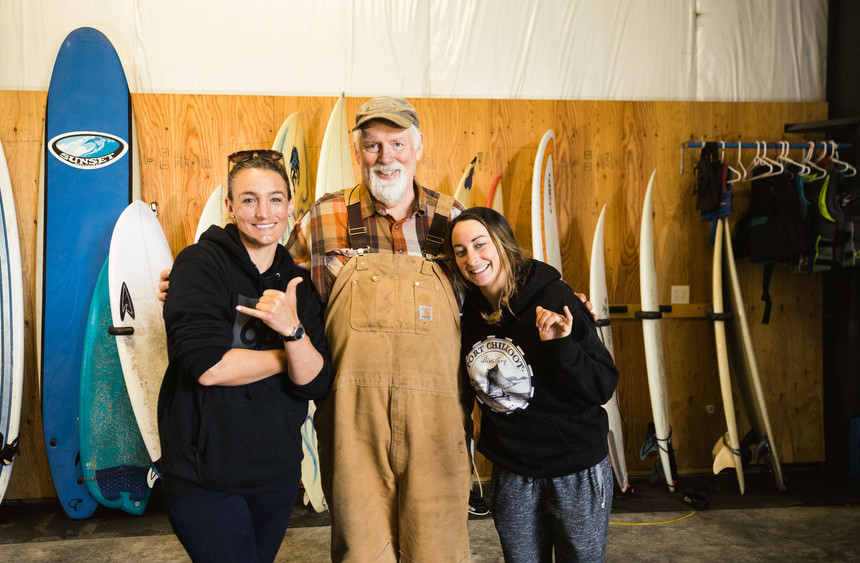 Jack was the absolute man, providing boards and beta for a successful mission. Justin Mayers Photo.

One of the champions of Yakutat surfing is local legend Jack Endicott. He’s the proud owner of Icy Waves Surfing, which is the go-to spot if you need boards, wetsuits, and/or beta. Endicott’s path into the world of surfing was rather unconventional. When his seven children wanted to take up the sport, Endicott figured it be easiest to just open a surf shop to outfit them all. 20 years later, the shop is a strong and vital part of the small community. Endicott happily welcomed our crew and guided us to some of his favorite spots. 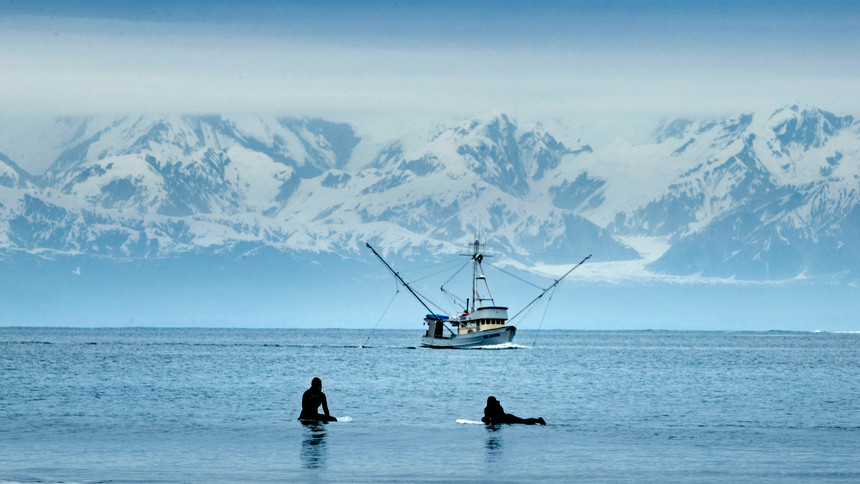 Waiting for the next wave means you can soak in the views all around. Justin Mayers Photo.

Overall, Hana and Mary scored great conditions. Day one, the waves were firing. Day two, not so much. Bummed that they only got one solid day of surf, the crew gave it one more go on their way out. To their surprise, conditions were perfect, and the girls took full advantage of their good luck. On top of great surf, they found a beautiful campsite right on the beach. There’s nothing quite like falling asleep to the sound of crashing waves after a long day. “Everything about Yakutat was special. It was like nowhere else I have ever been. Mainly it was the remoteness and massive coastal mountain range that made it so special,” Mary said. 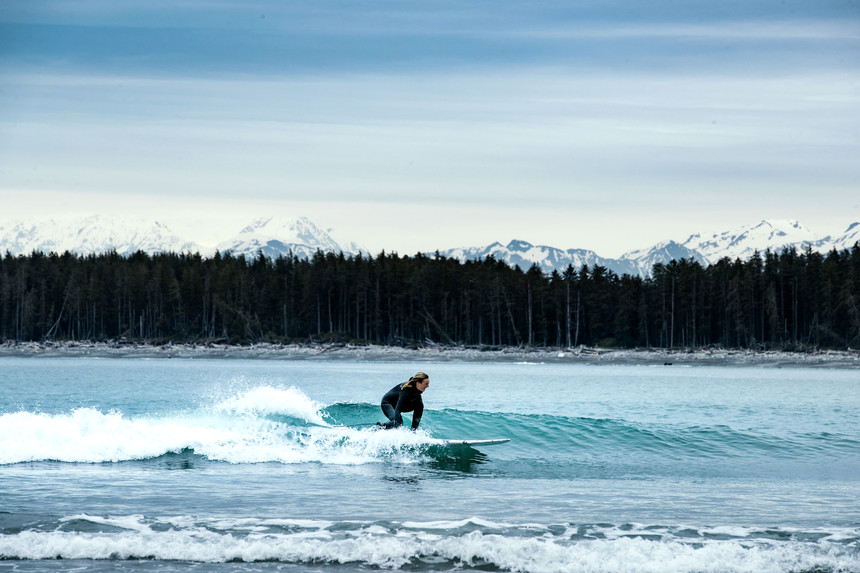 Yakatut concluded the Alaskan leg of their adventure. With the Ford Ranger loaded up on a ferry, the girls are headed to Washington for the final stop of their trip. Stay tuned for the Pacific Northwest!