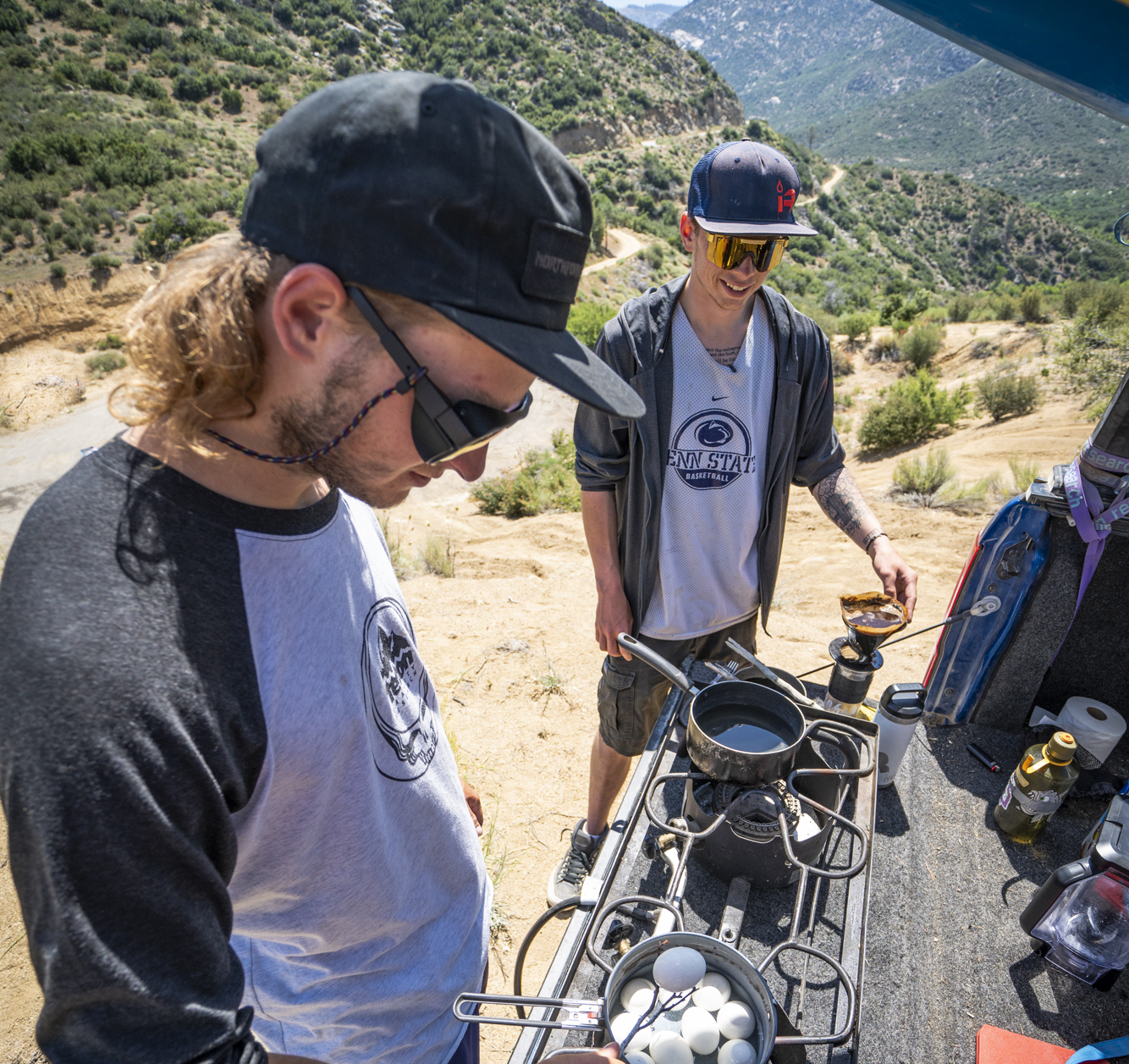 Playing in the High Sierra

After celebrating their sport at the rowdiest race in whitewater, and joining friends for a soulful run down the Salmon River, Knox and Trent embarked on the next leg of their journey through the American West.

The crew left Eagle, Idaho and made their way to the Travertine Hot Springs near Bridgeport, California. “Waking up at 5:15 to catch sunrise at the hot springs felt great in the morning cold,” says Knox. 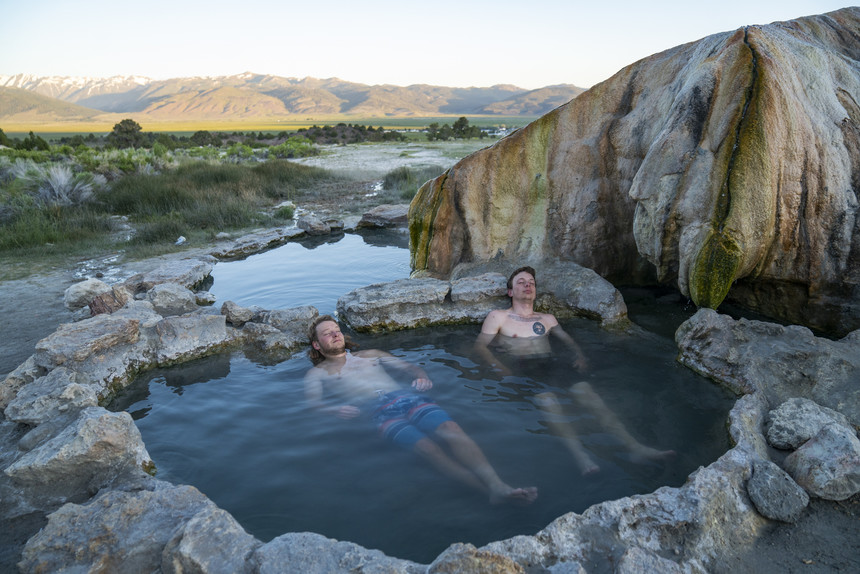 From there, they hit the road, stopping in the beautiful Alabama Hills where to drive the Ranger around exploring the different rock formations. Once the heat was too much, the crew drove to Kernville for their next river destination. The water levels were high which made for the section of river we ran, Thunder Run, very exciting. “Trent and I both got beat down in one of the largest holes of the run which happened to be on the first rapid of the river,” says Knox. 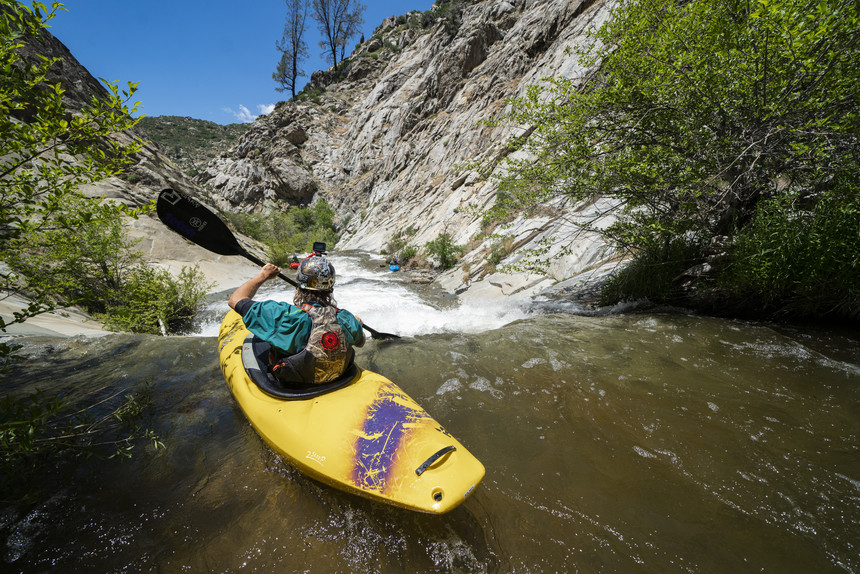 Trent about to drop into one of the famous slides. Eric Parker photo.

On their second day, Knox and Trent explored Brush Creek - famous for its slides and drops. They spent the day sliding around in their kayaks trying to avoid poison oak. Each day after the river, the crew checked the gauge on Royal Gorge to see if they would be able to paddle it. The levels were too high for days, when suddenly the gauges showed a drop in water level, indicating it was go time. 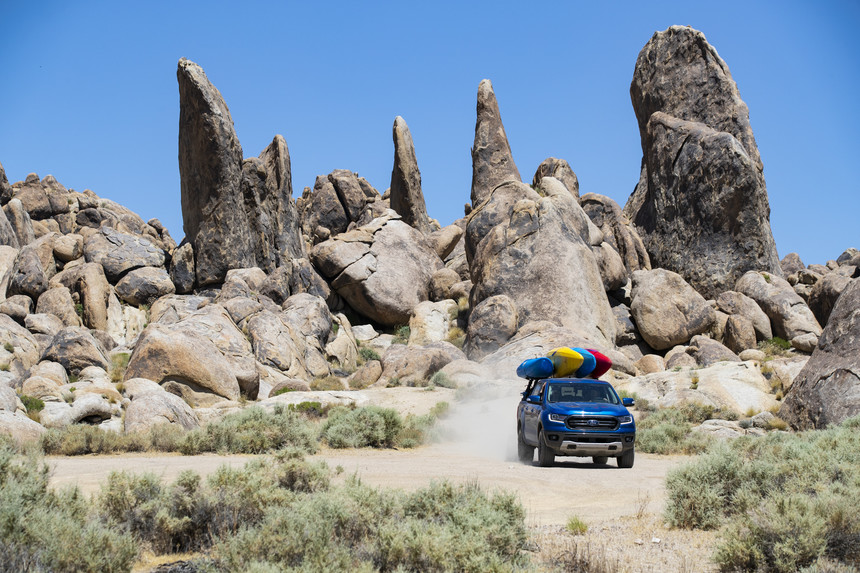 “We realized in order to catch it we would have to go there only three days after being in Kernville. We were all extremely excited because Royal was the crown jewel we were trying to get on this trip,” shares Knox. The team left Kernville and headed to Truckee to get logistics organized for their final adventure.